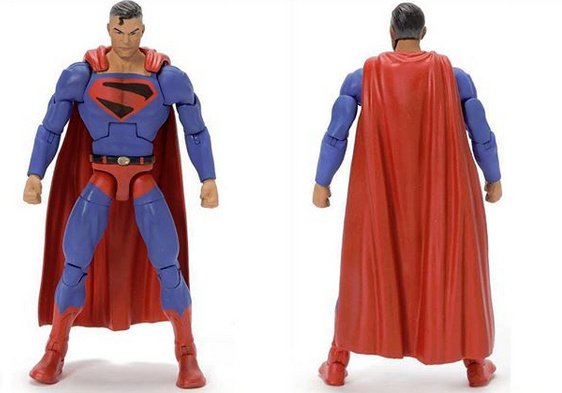 I’m excited to see DC Multiverse promotional images. Mattel’s showing of the line was easily one of the highlights of San Diego Comic Con 2018 for me. There’s a ton of quality looking figures planned and I’m looking forward to expanding my Rebirth era figure roster.

Jason Langston, the former Mattel exec, shared a new round of DC Multiverse figures on his Instagram. Langston was apparently a strong collector advocate behind the scenes until the recent round of layoffs. I hope Mattel finds a way to bring him back. I’ve been at companies that had layoffs, but brought back employees. Langston sounds like the right kind of guy to work on the Multiverse line.

One of the best aspects of the newer DC Multiverse lines is the focus on completing teams. By the end of the year we’ll have just about the completed Detective Comics’ Gotham Knights and Justice League of America rosters. I know some companies like to take the spread the wealth approach, but with a vast license like DC, there’s plenty of teams to tackle in subsequent waves. And I love the idea of being able to get most of a team knocked out in a wave.

Here’s the figures and Langston’s comments if you don’t have IG: 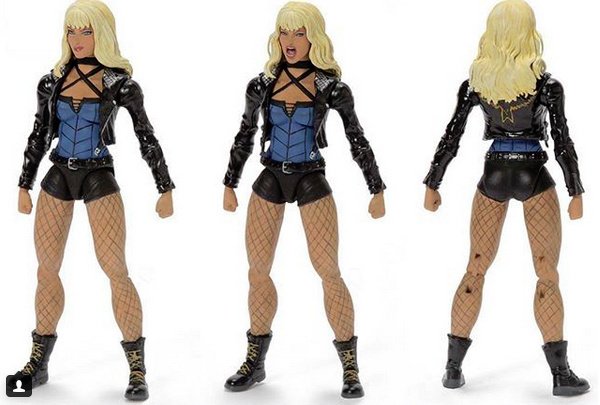 This figure is based on her bad ass DC Rebirth look by @yanickpaquette and as she appears in last year’s fantastic Justice League of America comic by @the.steve.orlando @ivanreisart and @andymacdeez.  I really wanted to bring Dinah’s powers to life, so after initially getting the head with a sassy smirk, I asked the 4H sculptors for a ‘Canary cry’ head. And boy, did they deliver! She’s fierce, strong and beautiful!! I can’t wait to see this figure at retail! 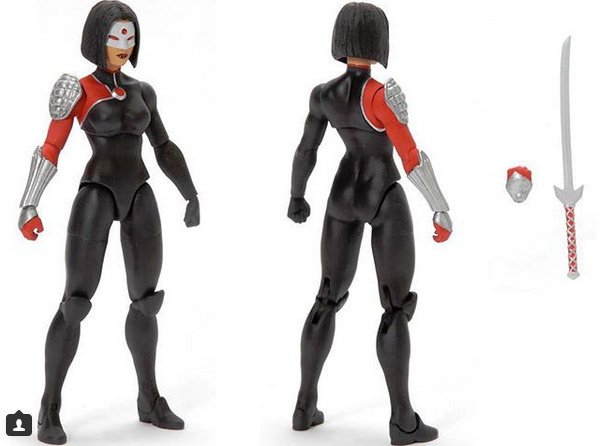 Katana carries the mystical Soultaker sword, which captures the souls of its victims, including her fallen husband. Pretty spooky!
Created by Mike Barr and the late Jim Aparo, Katana debuted 1983 in Batman and the Outsiders. Currently she is a vital member of the Suicide Squad.  This figure is based on her DC Rebirth look, borrowing cues from her appearance in the 2016 Suicide Squad film.  I love how her hair turned out, and the color contrast is striking! She is a partial new tooled figure, and comes with her signature katana sword (natch!) and a closed fist.

Here’s a look at the new DC Multiverse Hawkgirl figure I designed, sculpted by @four_horsemen_studios and based on her DC Rebirth design.  She features brand new ball-jointed wings, new lower arms, lower torso and belt with pouches.  I pushed hard to get Hawkgirl into the line as she recently resurfaced in the new Justice League comic (alongside another of my favorite characters John Stewart) by @ssnyder1835, @jorge_jimenez_art and @jimcheungart.  I love how this new design calls back to her look in the animated Justice League series!. She was pending licensor approval when I was laid off, so this may change slightly. Either way I love this figure! 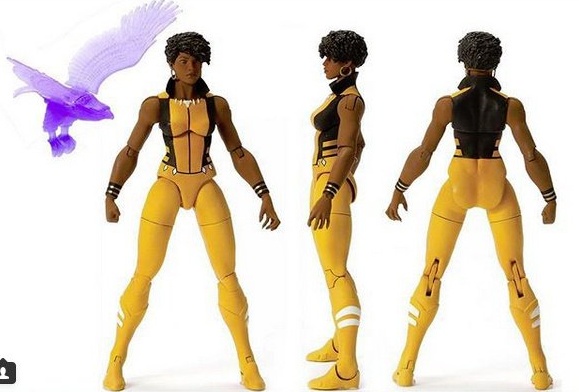 Here is a figure I am incredibly proud of, another long overdue addition to the DC Multiverse/DCUC 6″ line: Vixen!
I co-designed this one alongside my friend and mentor Bill Benecke, and of course she was sculpted by @four_horsemen_studios. By golly that hair tho 😍 !  She features a familiar eagle spirit accessory, molded in trans-tinted purple. She’s also built on the new female buck, with a new upper torso, lower legs, boots and claw hand.  She’s part of the Lex Luthor C&C wave (alongside her JLA teammate The Ray) and should be hitting stores very soon! 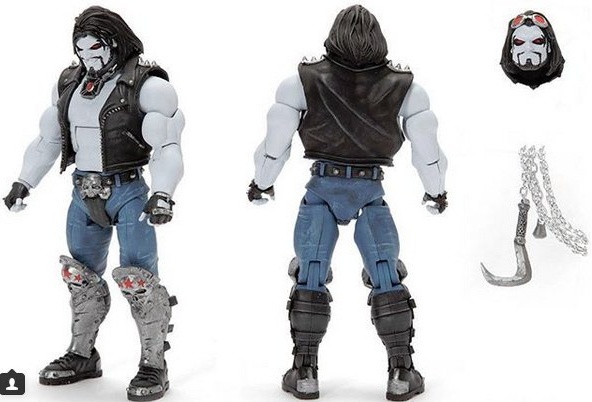 Once again sculpted by @four_horsemen_studios, Lobo features interchangeable 90’s and Rebirth heads, removable vest and necklace and a real metal chain. He’s partially built on the DKR Mutant Leader body, but we ended up giving him a bunch of new parts! The 2008 SDCC DCUC always felt too big, so this guy will take his spot on my shelf! 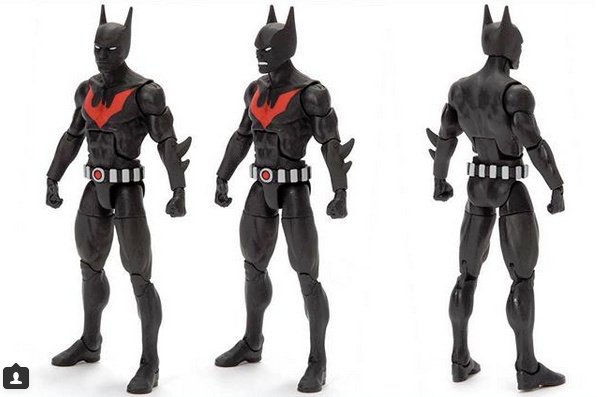 I really wanted to revisit this character as the old DCUC body never felt right to me; it was so big! This is built on the new Ray buck, and boy do I love this figure! He features interchangeable heads, batarangs and a red wing pack (not pictured here).

Getting the 90’s tribute theme yet? Here’s a look at the DC Multiverse Kingdom Come Superman 6″ action figure I designed, beautifully sculpted by @four_horsemen_studios. He comes with alternate hands and a soft pvc cape. I wanted to capture the stunning look of the aging Man of Steel by @thealexrossart. I’ve always loved the simplicity of that stylized S-shield. I’m incredibly proud of this wave and can’t wait to see it on shelf!! 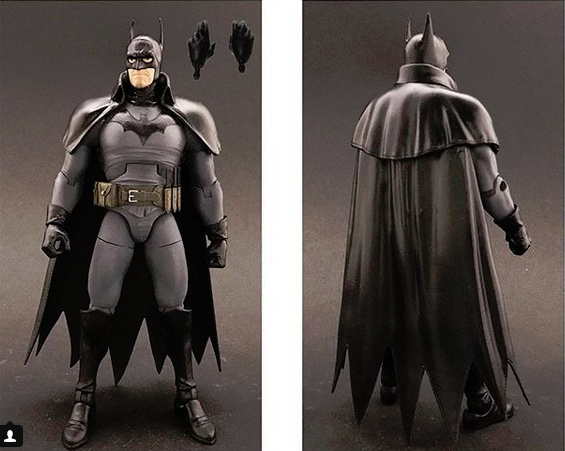 This handsome fellow is 100% newly tooled, features the new articulation scheme and includes interchangeable hands, throwing knives AND a soft goods leatherette cape. This figure is part of the Lex Luthor C&C wave which should be hitting stores soon! 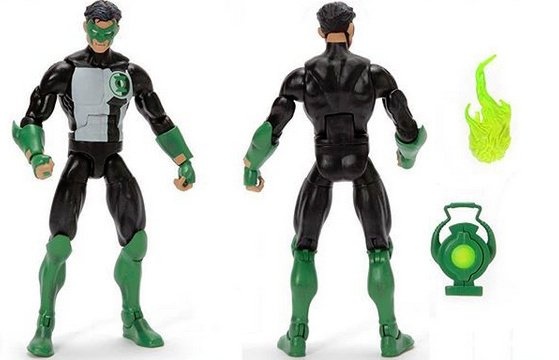 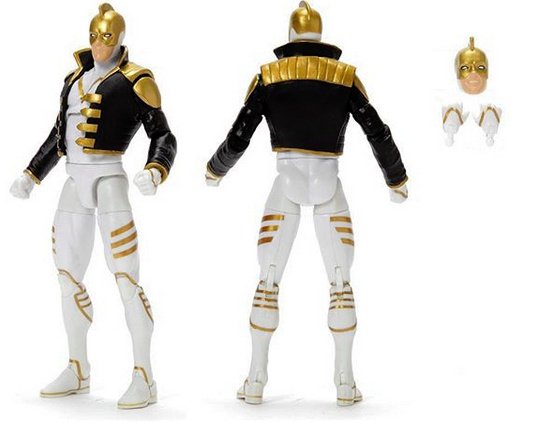