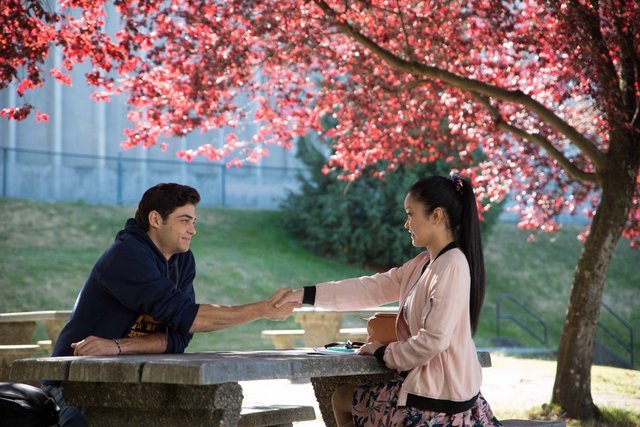 Through the years, high school junior Lara Jean (Lana Condor, X-Men: Apocalypse) has had five serious crushes. As a huge fan of romance novels, Lara Jean appreciates the notion of subtle romantic gestures like writing a declaration of her feelings even if she has no intention of mailing them out. While she has little thought of anything developing with the crushes, writing out her feelings helps Lara Jean sort out her emotions over the years.

The absolute last thing Lara Jean expected was for her crushes to actually read the letters. To make an embarrassing situation even worse, one crush is her childhood best friend and her sister’s ex Josh (Israel Broussard, The Bling Ring). Not at all prepared for that emotional fallout, Lara Jean decides to fake a relationship with another crush Peter (Noah Centineo). 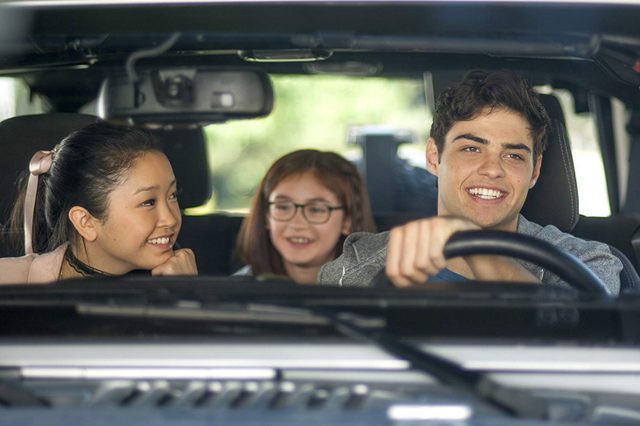 As a star jock on the lacrosse team with his own ride, Peter checks all the important boxes and as a bonus, he’s up for the charade to make his ex-girlfriend regret dumping him. If you’ve ever seen a romantic comedy you know where this is headed, but screenwriter Sofia Alvarez adds enough twists that it’s not entirely predictable.

Adapted from Jenny Han’s novel, the film feels like a throwback to classic rom coms of the 80s and 90s. Characters put themselves into a complicated situation to avoid something that could be handled with a couple of conversations. At least with teenagers it makes a lot more sense. Along the way modern topics like slut shaming and sex videos are addressed in a thoughtful manner.

It also helps that Condor and Centineo have obvious chemistry. Centineo could easily play a young Mark Ruffalo as he carries himself so much like the Avengers star. That bodes well for his career. For the sake of staying spoiler-free, I’ll avoid discussing my issues with one of Lara Jean’s old crushes (Trezzo Mahoro).

I love the diversity of the film, but it was a bit disappointing that a common double dipping representation tool was utilized. Lara Jean’s biracial heritage isn’t mentioned beyond food dishes. These kinds of films offer excellent platforms to help expand audience’s worlds beyond their norm. As such it’s best to take advantage of opportunities on even small levels. 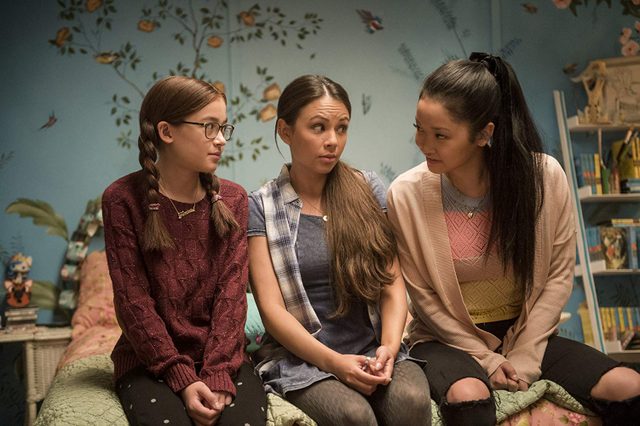 One of my favorite aspects of the film was the dynamic of Lara Jean and her sisters. Too often siblings have adversarial relationships and are constantly at each other’s throats. They’re each other’s strongest support system.

Lara Jean’s older sister Margot (Janel Parrish) still wants to feel needed after going away for college. Kitty (Anna Cathcart) might be a little too grown for her age, but she’s not the cliche irritant little sister. John Corbett is also just as likable as their father.  Alvarez also does a great job with the father/daughter interactions. Those scenes are sweet. Even better, they’re done without the father coming off as desperately out of touch.

Condor radiates and has all the endearing qualities of the next young breakout star. Her performance is much stronger than the norm for the teen genre. She gives Lara Jean a grounded, evolving presence like a teen who’s starting to make sense of the direction she wants to take her life. 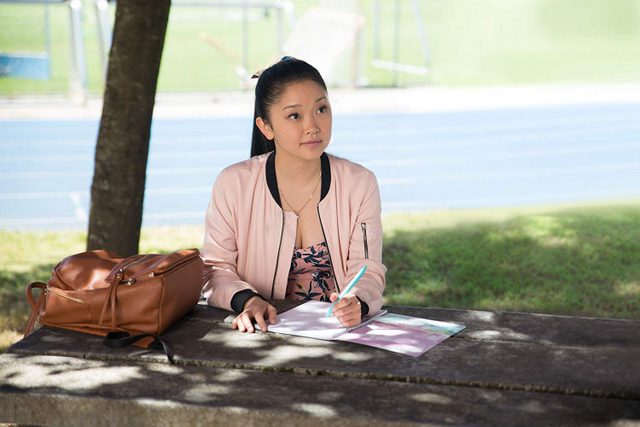 Unlike a lot of teen romance comedies, Director Susan Johnson appreciates the importance of silent moments. Those are the scenes without a booming soundtrack setting the stage or busy for the sake of being busy backdrops. Some of the film’s best scenes are those when Johnson just lets the characters talk in realistic, simple settings.

To All the Boys I’ve Loved Before is another easy romantic comedy recommendation from Netflix. Han’s Lara Jean novels stretch over three books. With this initial offering, hopefully a sequel is already in the works.