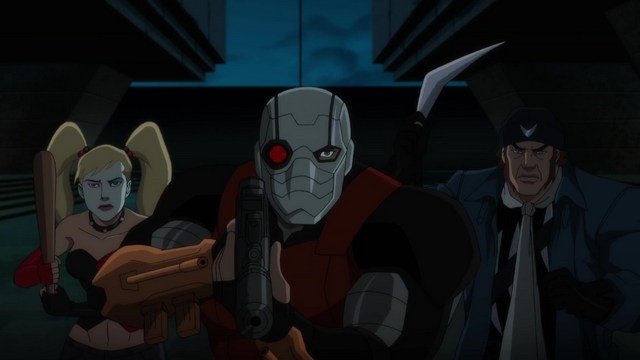 If we’re going to go with the low-hanging fruit, Suicide Squad: Hell to Pay is a far superior film than its live action counterpart. That doesn’t say a whole lot though since the 2016 film could best be described generously as a major disappointment.

Hell to Pay is an uncompromisingly violent and dark film. The gratuitous bloodshed, language and implied/outright nudity works on a film focusing on remorseless killers. Still, it’s a jarring experience for viewers used to a more sanitized version of the Squad. 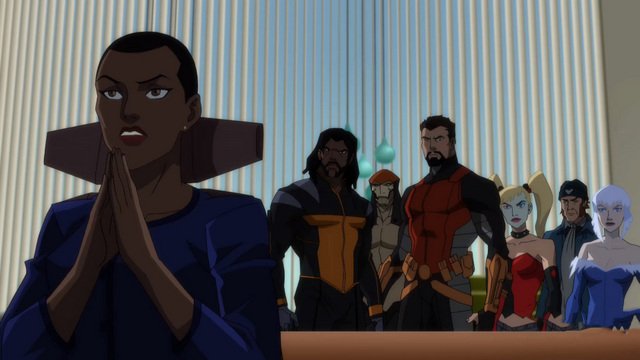 We get a taste of that immediately in the first scene, with characters getting executed, impaled and having their heads blown off. Hell to Pay has a Tarantino level of blood approach.

Amanda Waller (Vanessa Williams) has a terminal diagnosis. She knows where’s she’s headed, but hopes a magic card that will send its user to heaven is her get out of hell pass. Waller sends Deadshot (Christian Slater) Harley Quinn (Tara Strong), Copperhead (Gideon Emery), Killer Frost (Kristen Bauer van Straten) and Captain Boomerang (Liam McIntyre) to retrieve it. As a Squad fan, I always appreciate a balance of despicable villains and at least two heroic characters. Bronze Tiger (Billy Brown) comes closest to providing that noble, heroic voice, but with this film, that’s clearly a liability. 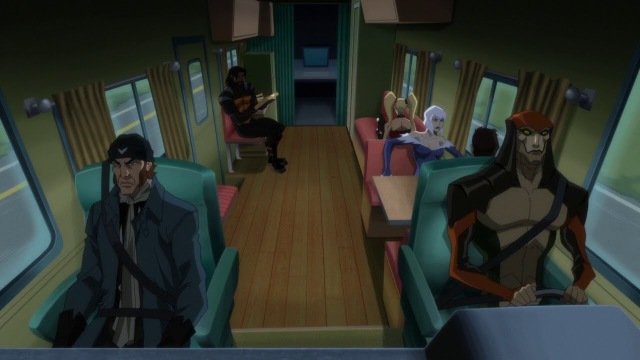 Screenwriter Alan Burnett (Justice League vs. Teen Titans) establishes a dark humor tone with interesting sight gags like the team traveling in an RV and an unexpected encounter with Dr. Fate. Burnett is well versed in the DC Universe and adds a number of Easter Eggs and character cameos.

Waller isn’t the only one interested in the card. Professor Zoom (C. Thomas Howell, Justice League: The Flashpoint Paradox) has rallied a pair of super-powered sidekicks while Vandal Savage also wants the card. Burnett doesn’t make the best case for Savage’s interest since that goes against the entire point of the immortal character. Deadshot’s subplot with his daughter feels like a retread of his only defining character trait. 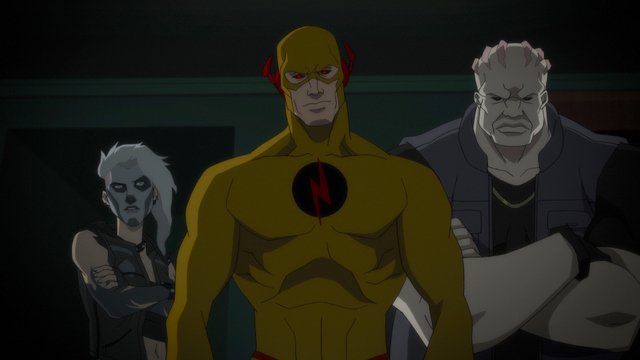 At times, it’s best to just go along for the ride and not get too bogged down in character logic. That’s easy to do thanks to the outstanding action sequences set up by director Sam Liu (The Death of Superman). Liu has a good comprehension of the characters’ abilities and how they would best utilize them against fellow villains. The action sequences are some of the most exhilarating and easily the most violent of the DC Animation library.

Like a number of live action comic book films, Hell to Pay starts to lose its way in the final act. The rules of possession with the card start to get sketchy as characters start killing each other. This becomes problematic as some are holding the card when they’re killed. According to the explanation of the card’s one time use only rule, the final battle should have been much shorter.

While there’s no honor among thieves, some very interesting characters get killed off for seemingly shock value. One character always has a cheat to return, but some other deaths were disappointing since they would have been fun to see interact with heroes in this animated universe. 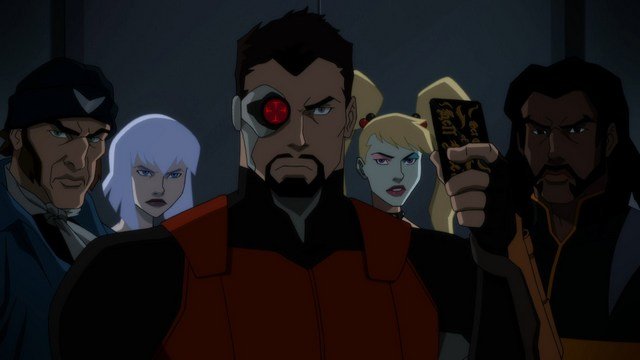 Suicide Squad: Hell to Pay fully embraces its concept and characters. It’s outrageously over the top at times, but it feels truer to the source material than anything we’ve seen before from this darker wing of the DC Universe. Hopefully another Suicide Squad installment is in the works to show DC’s seedier characters behaving badly.

Buy it now on Amazon.com