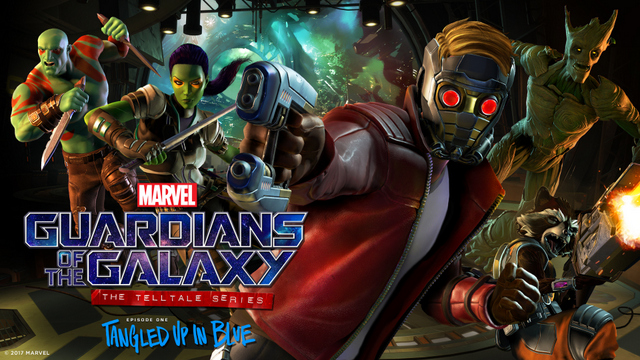 Maybe more than most Marvel Comics properties, the Guardians are an ideal fit for the Telltale Series format. Character choices and personality clashes are a big component for Telltale games and the Guardians are Marvel’s most dysfunctional group.  With the usual brilliant writing, fun action sequences and a clear love of the source material, Guardians of the Galaxy: The Telltale Series is highly recommended for fans of the format and characters.

The game kicks off on a fun note as the Guardians are tasked with taking down Thanos. After Avengers: Infinity War that might seem like a stretch, but this is a Thanos operating without the Infinity Gauntlet. In the aftermath of that battle, the Guardians find themselves at a crossroads: is it time for a break or do they search for the next great threat? One soon arrives with a Kree armada searching for a object that could cause unlimited problems for the galaxy.

This new threat also starts to create fractures among the Guardians as personal agendas rise up. One of the hallmarks of any Telltale Series game is forcing players to make relationship damaging choices. In the case of Guardians at times it feels like the writers go out of their way to create conflict to make me needlessly side with one teammate over another. In other games those kinds of choices are a legit matter of life and death. Here, it’s more often a situation where Rocket, Gamora or Drax are annoyed with your decisions. There’s no right or wrong answer and little incentive for making the best choice. 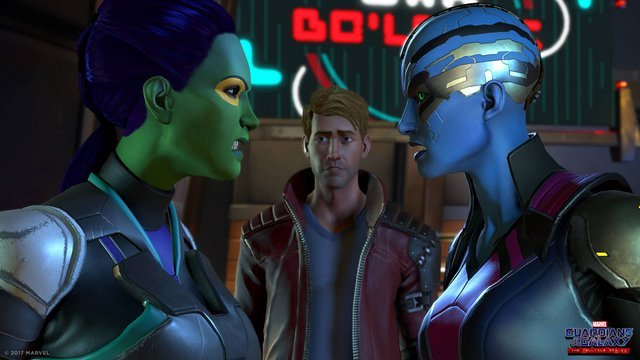 The storytelling mechanic takes advantage of the five members of the team. Although players will predominantly control Peter Quill, each chapter spotlights a different Guardian member. The Groot one is a lot of fun as this is a rare chance to see/choose what he’s saying beyond ‘I am Groot.’

One of the more intriguing aspects of the game is the script. In Guardians of the Galaxy Vol. 2, the plot largely revolves around Star-Lord and his father, Ego. In Guardians of the Galaxy: The Telltale Series that focus shifts to Star-Lord’s relationship with his mother. As the five chapters unfold that subplot takes a surprisingly emotional turn with a payoff just as powerful as the live action versions.

In a lot of ways, Guardians of the Galaxy: The Telltale Series is a solid hybrid of the various interpretations of the source material. It’s clear the writers are fans of the Dan Abnett/Andy Lanning version of the Guardians. There’s some fun nods and cameos to other members of the team and the chapter breaks are set up just like the debriefing sessions in the comic. The standout script is pretty sharp and truly nails the dynamic of the team. 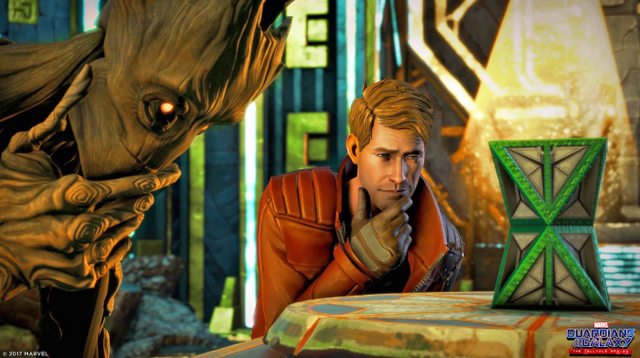 The addition of 70s/80s era music like Electric Light Orchestra’s Livin’ Thing, Bob Dylan’s Tangled Up in Blue and Queen’s Who Needs You helps to convey the feel of the James Gunn films.

Design wise, the characters’ looks are all over the place. Star-Lord takes cues from the MCU version while Gamora and Drax look more comic inspired. Occasionally, the character animation looks a little stilted, but for the most part there’s no major issues with lip synching and movement. 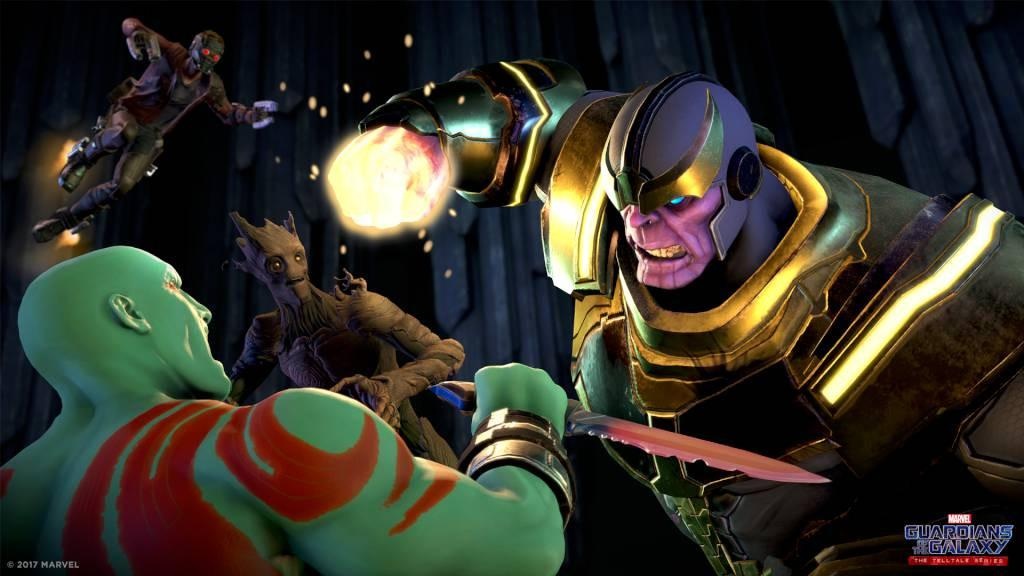 Game play is standard Telltale with point and click and Quick Timed Events. Given the source material, there’s more action sequences than the norm. They’re executed well enough that I found myself wanting more fight scenes especially the team battles. That’s not the nature of Telltale games, but at times the action/conversation choices ratio seems imbalanced.

Another quibble is Chapter 4 has a great cliffhanger, but due to its timing, I knew it was going to have little lasting impact. Ideally, Chapter 4’s ending would have been earlier allowing for more time to create a sense of accomplishment upon completing the necessary goal for Chapter 5. 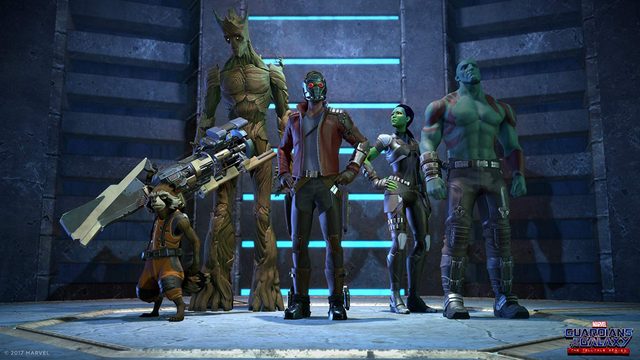 Guardians of the Galaxy: The Telltale Series is a very fun playing experience. The game is good for at least one replay that will significantly affect the story from making different choices. I’m hoping Telltale continues to further explore the Marvel Universe for ideas while keeping a Guardians sequel as a priority.