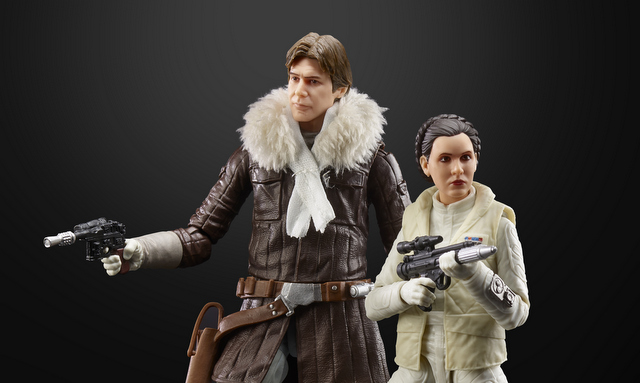 Hasbro immediately has my attention anytime they come up with new Empire Strikes Back product in its Star Wars Black lineup. Today, Hasbro revealed its first international convention exclusive — Han Solo and Princess Leia on Hoth. This is loosely based on the iconic ‘you could use a good kiss’ hallway scene.

Using the new face printing technology has really upped the quality of the SWB likenesses. The expression on the Leia isn’t perfect, but it definitely looks like Carrie Fisher. And this is definitely a better Harrison Ford likeness than we’re used to seeing from Hasbro. Along with the newer long sleeved ESB figure, we’re getting some quality Han Solo figures now.

Kids and fans alike can imagine the biggest battles and missions in the STAR WARS saga with new, 6-inch scale figures from THE BLACK SERIES! With exquisite features and decoration, this series embodies the quality and realism that STAR WARS devotees love. 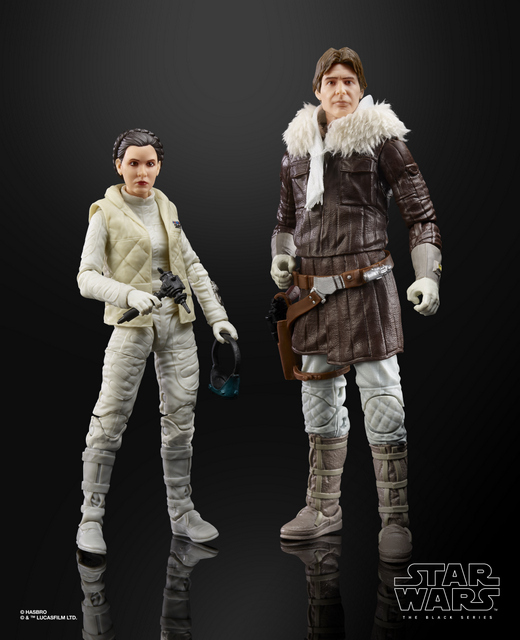 These HAN SOLO and PRINCESS LEIA ORGANA figures are carefully detailed to look like the characters from STAR WARS: THE EMPIRE STRIKES BACK, featuring premium detail and multiple points of articulation. Includes two 6-inch figures and four accessories.

Limited quantities of this item will be available at other select conventions and may be available at select online retailers after the convention in the relevant market (including HasbroToyShop.com where available). Good while supplies last. 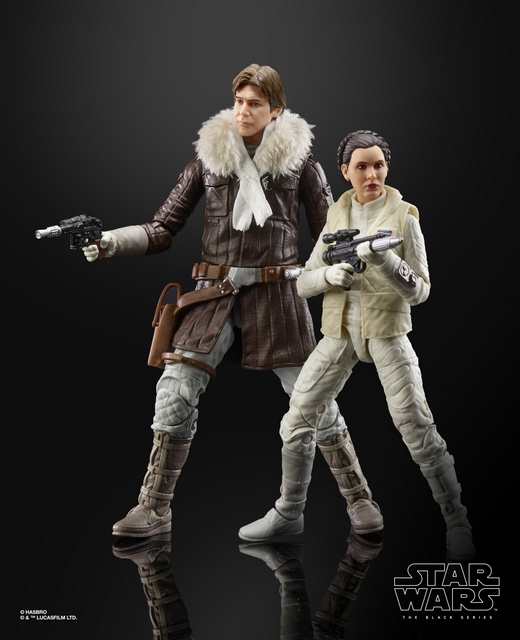