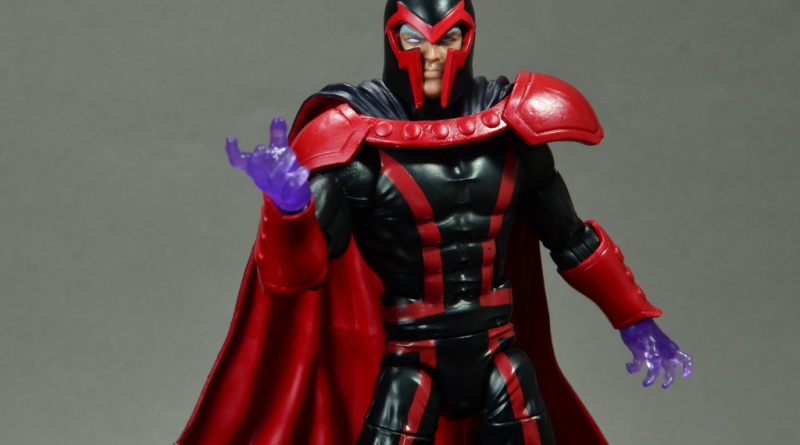 I need to just come to grips that at my age there are just some things I like the way I like them. When Hasbro revealed Magneto was getting an update in the Marvel Legends’ Build-A-Figure Apocalypse wave all I wanted was the classic version.

I’m not entirely opposed to some of the more recent outfits. I’d happily grab an Age of Apocalypse version, but first I wanted the version that is synonymous with the character over the decades.  Naturally, Hasbro went a different way and went with one of Maggie’s recent attires, which seem to change every two years now. Fair warning, my bias against this modern attire is going to be hard to overcome.

Packaging:  I liked the Black Panther blue and orange color scheme, but when we’re just talking one color, the X-Men’s gold is probably my favorite. It’s not as eye catching as the Venom wave, but it still stands out. Magneto has so much stuff that it’s hard to appreciate the contrast of his colors against the gold backdrop. 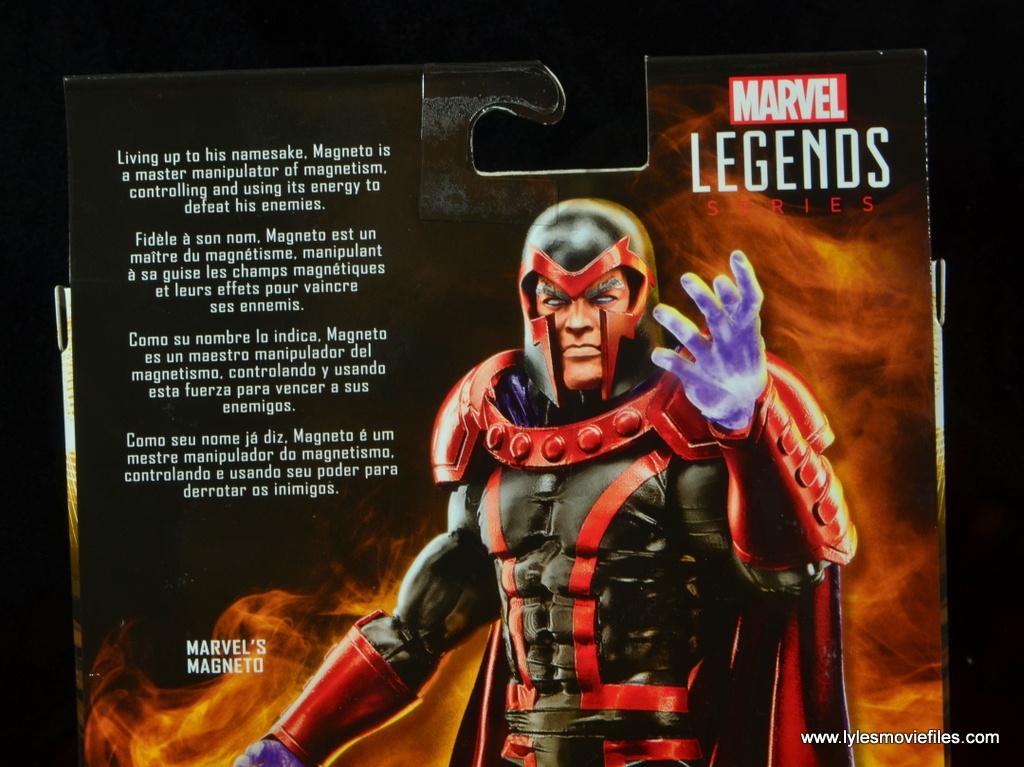 The side portrait is nicely done and I remain a fan of that signature look for Marvel Legends. The bio really would have been helpful for me at this point if for no other reason than to explain Magneto’s affiliation these days.

Likeness:  I can’t believe I’m so detached from the X-Men comics that I had to Google this outfit. That would have been unthinkable 10 years ago. From a sculpting perspective, all the crucial elements are in place. I like the shoulder pads and studded collar piece. 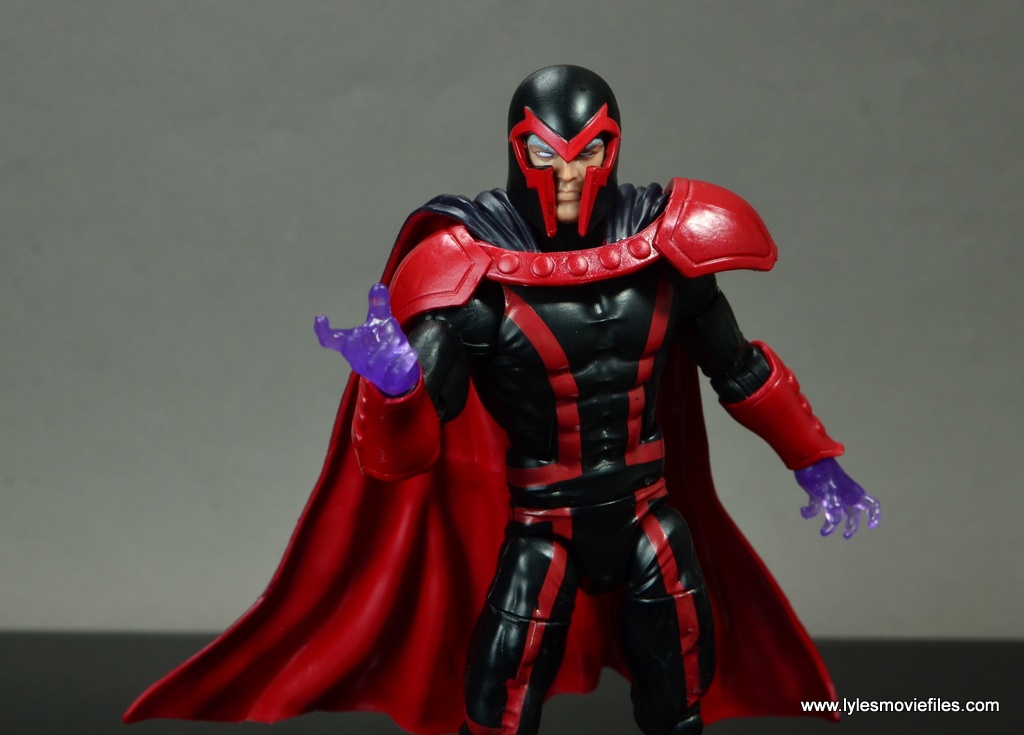 The gauntlets and boots also have the appropriate level of detail, which kind of makes it frustrating when a character like Psylocke has all of her outfit done via paint. This incorporates a lot of the classic Magneto elements into a modern presentation. With the vintage color scheme this would make for a solid update.

For the most part the helmet is scaled properly assuming this Magneto has very little hair. He was bald for a minute so that could be this case with this look too. 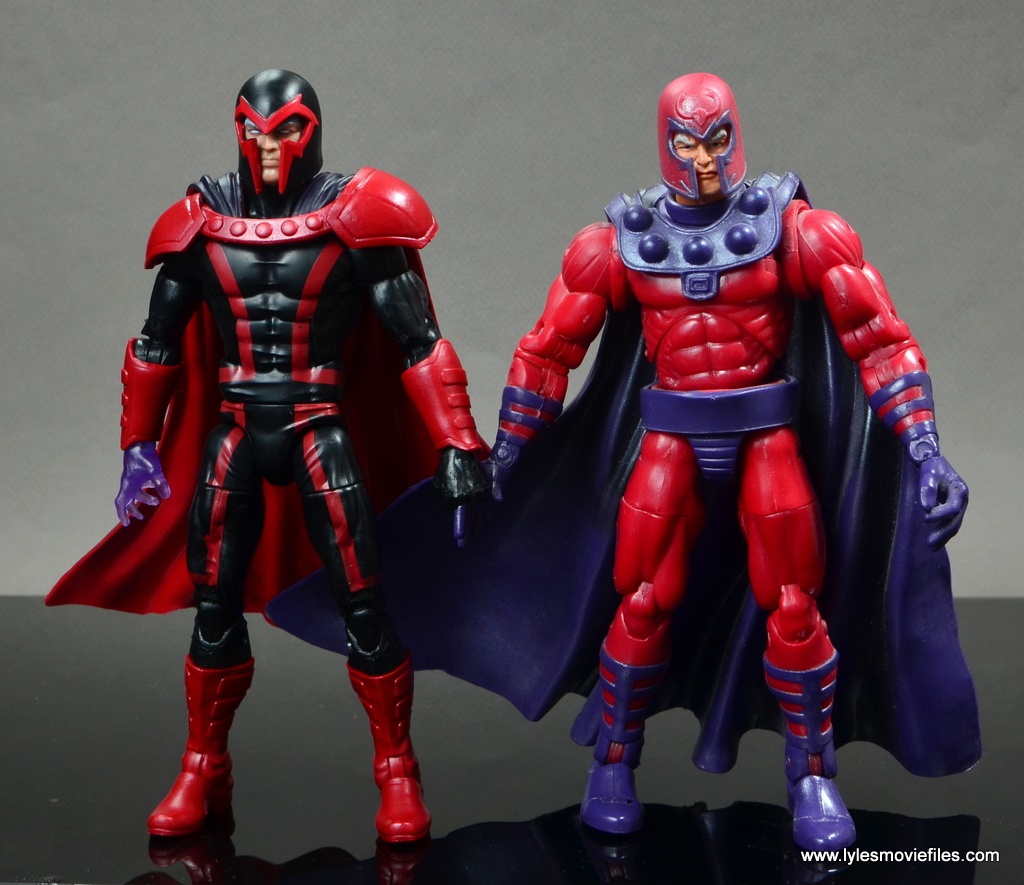 Scale:   Magneto is using the Sunfire buck if I can make it out properly over the shoulder pads. In the 90s under Jim Lee’s influence, many of the X-Men characters got buffed up. This makes more sense to me for Magneto. 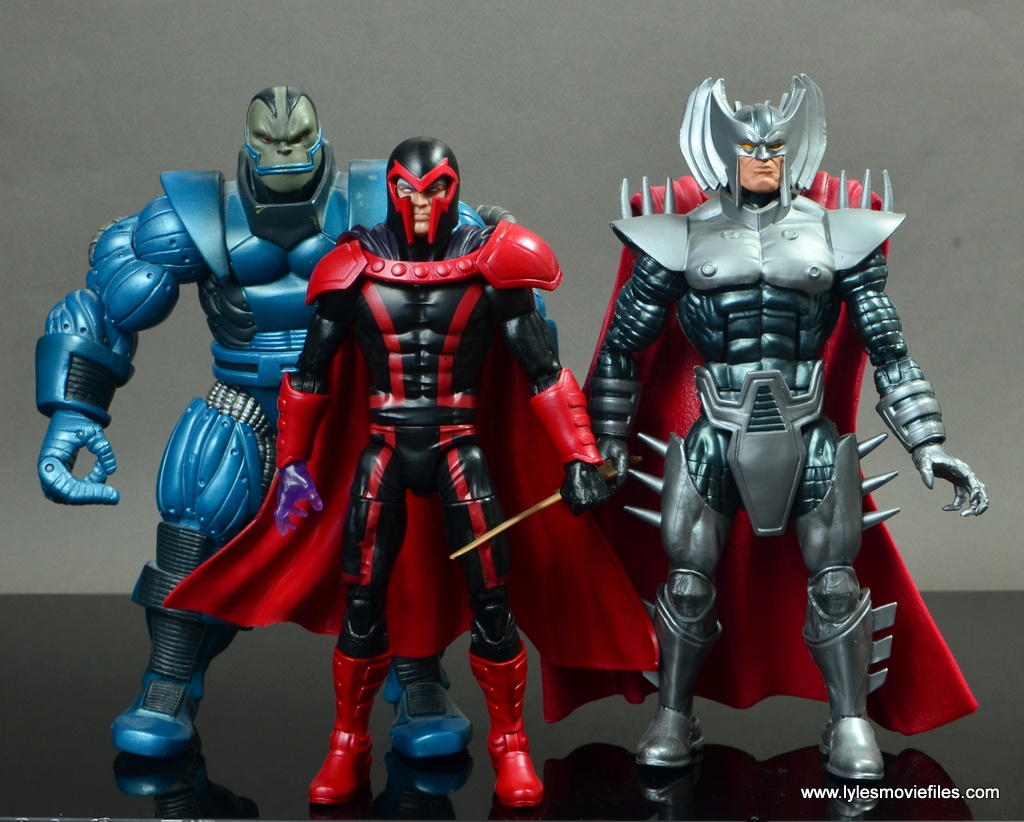 Paint:  Black and red is an overused, but striking color combination. This outfit’s pattern has a bunch of random stripes, but Hasbro executed them nicely save some sloppiness on the right leg.

I saw a very cool picture with elements of the costume lit up and kinda wish Hasbro went that route here as well to really showcase Magneto powered up. One issue I’ve got with the paintjob is Magneto’s eyes are whited out. Hasbro likes to show the character’s powers in action, but I’d rather the basic neutral expression since it’s more versatile in posing. 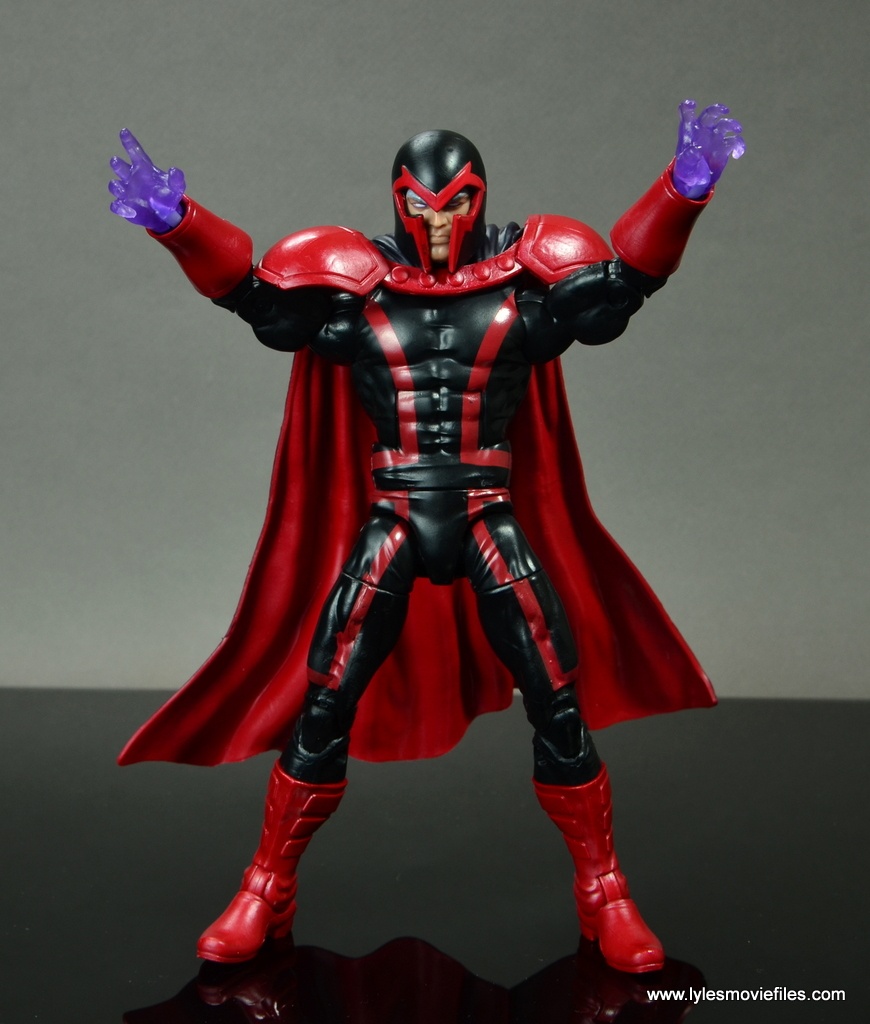 Articulation:  The base body is a pretty easy one to pose even with those big shoulder pads. They’re soft enough that they don’t impede articulation at all. Magneto is a gesturing guy and doesn’t need to strike too dynamic a pose like Spider-Man. Still, it’s nice that if you really wanted to, you could. 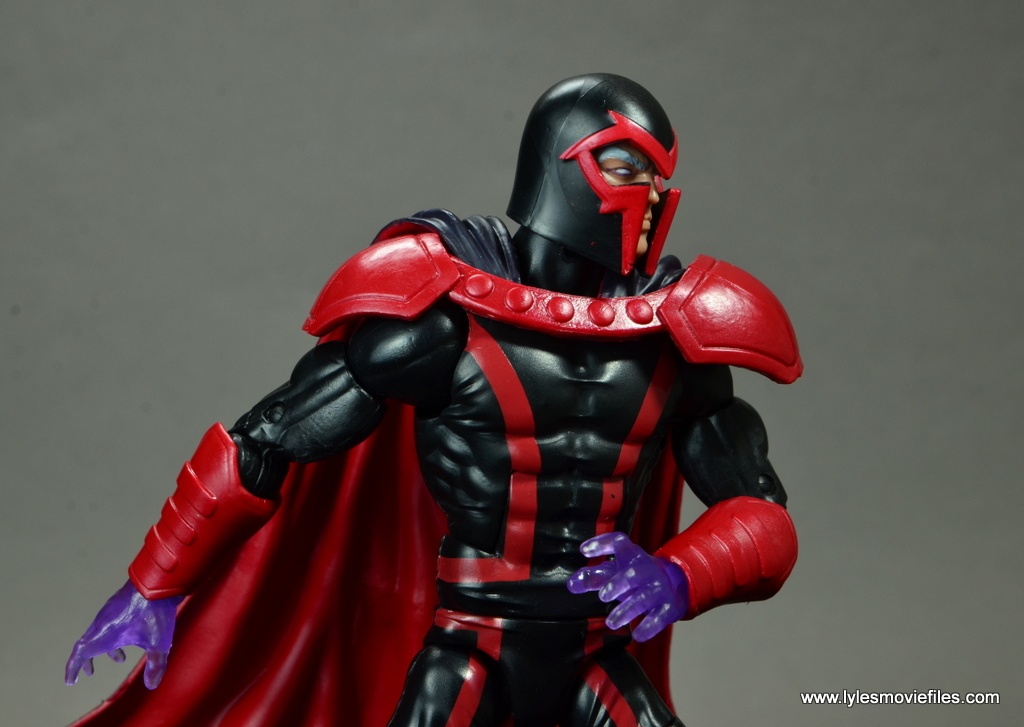 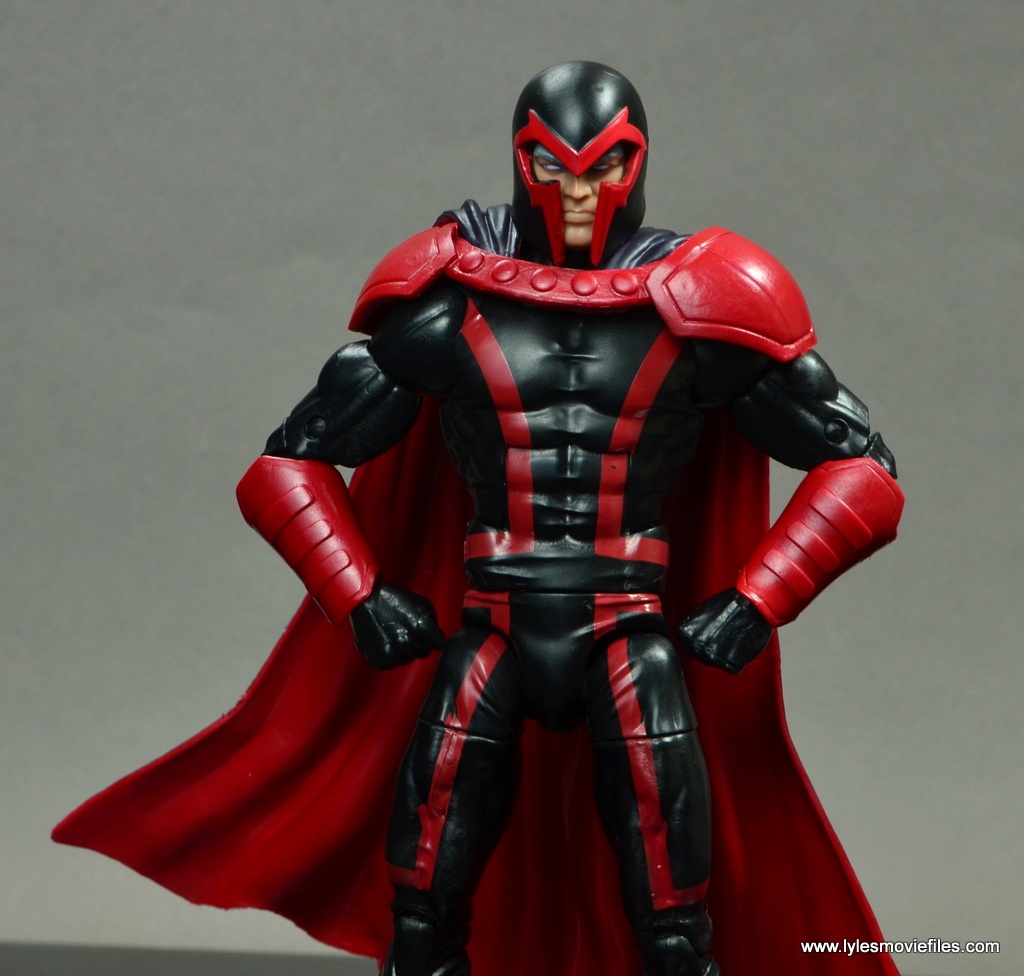 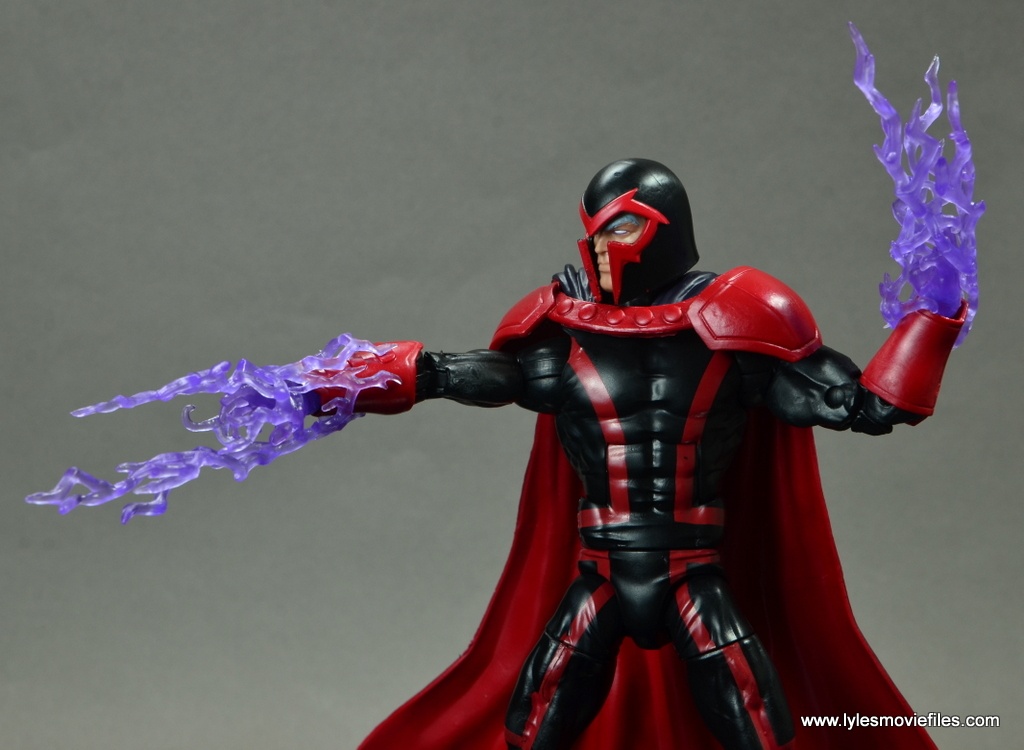 Accessories:  I got this figure strictly for one thing — the BAF right arm of Apocalypse, but there’s enough additional offerings that I will be selling a very streamlined figure on eBay. 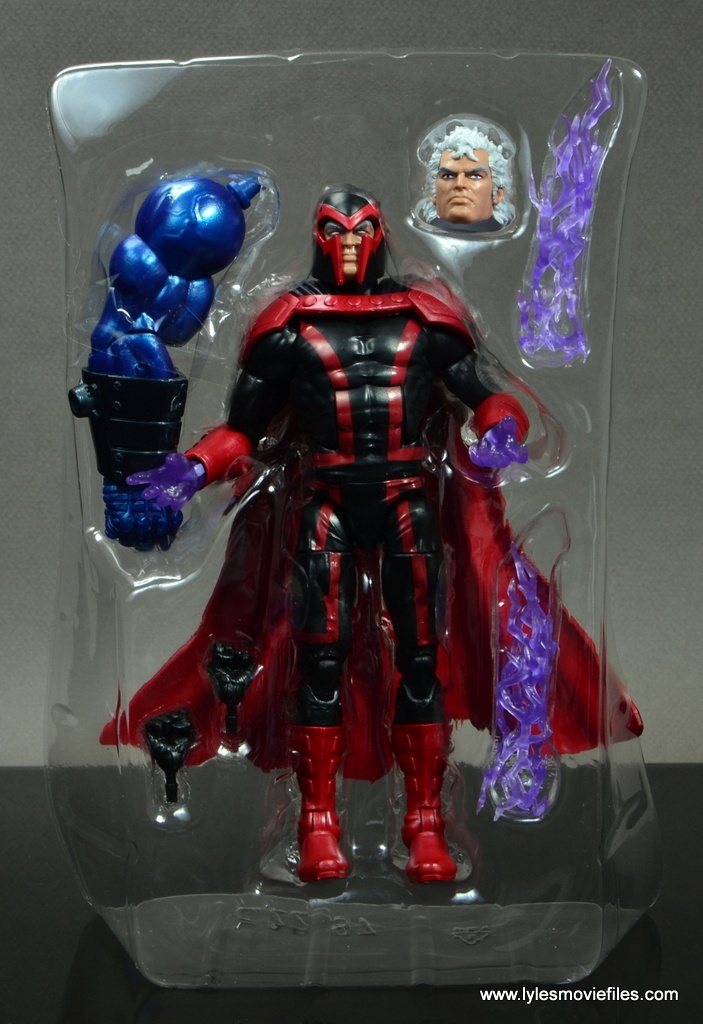 Magneto gets an alternate set of fists. Unlike the powered up hands, these are black, which will probably be the default set for a lot of folks. 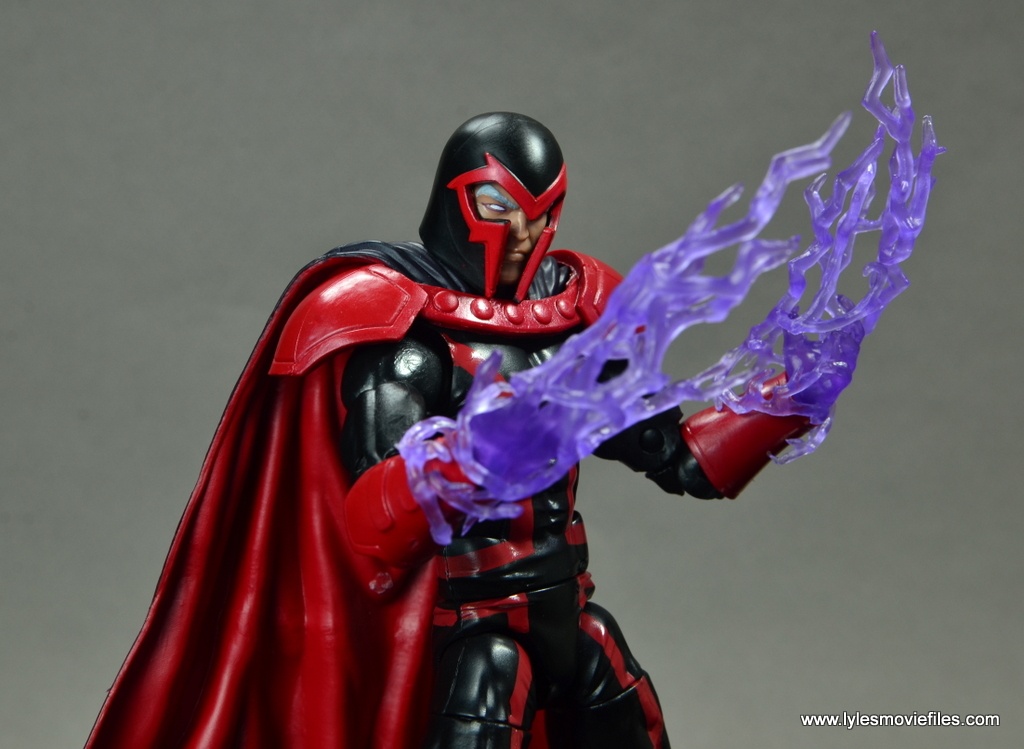 He also has some new power effects. These look to be purple versions of the lightning bolts we just got with Storm in this same series. I won’t complain about these since they’re new enough and haven’t been overdone. Plus, Magneto’s power is more invisible than purple energy effects so the extra accessories were appreciated. 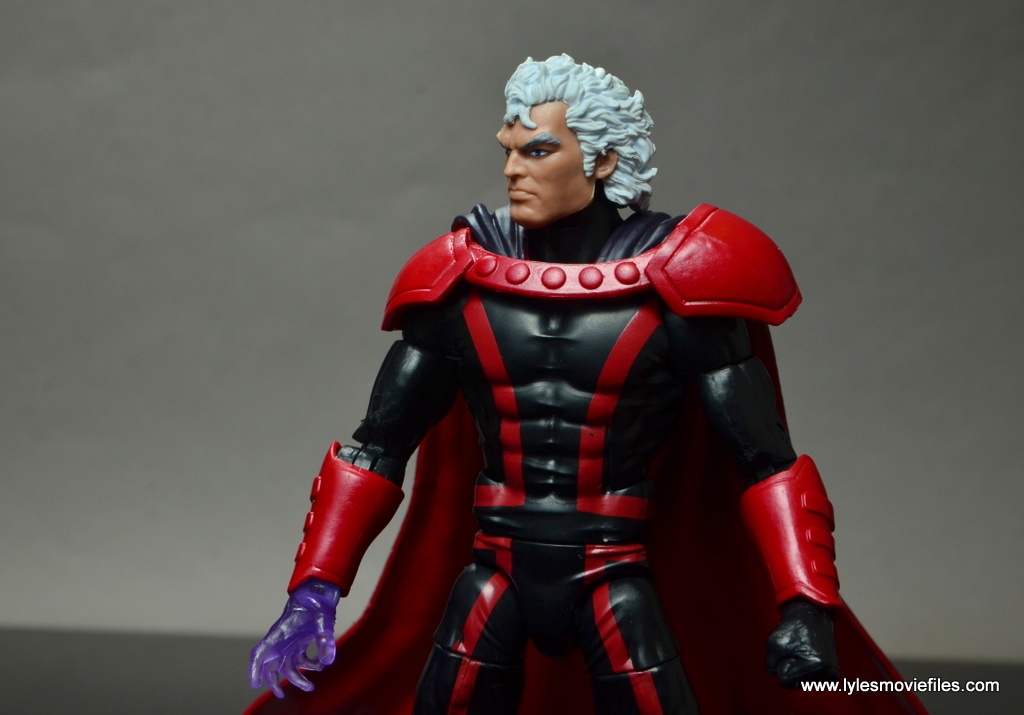 Finally, we get an alternate head sculpt with Magento’s lush, flowing white hair in all of its glory. Maybe it’s a tad big for this body, but it looks great with some nice intensity in the eyes. 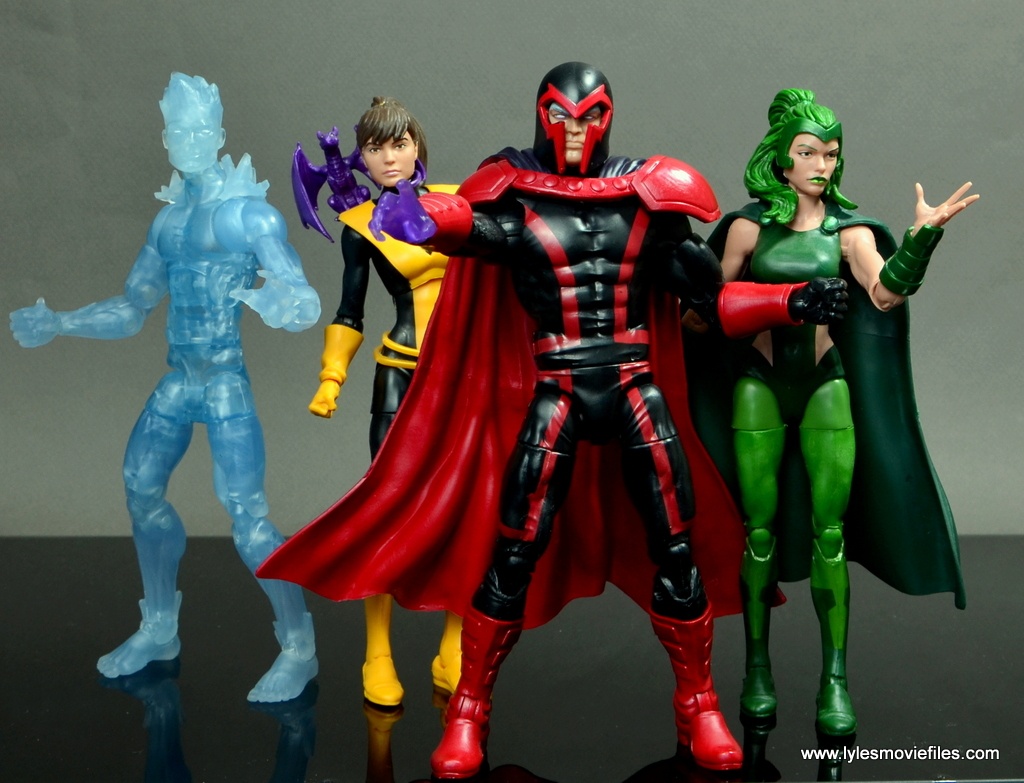 I wish the helmet could fit over this headsculpt as the non-powered eyes are a better regular look for him.

Worth it?  I got Magneto for just over $20. That’s a solid deal considering all the extras included.

This is a very well done figure. If I had any interest in modern Magneto, it might have been the surprise hit of the wave. For those folks who aren’t as particular with their Magneto attires, this is a nice addition to the ranks. 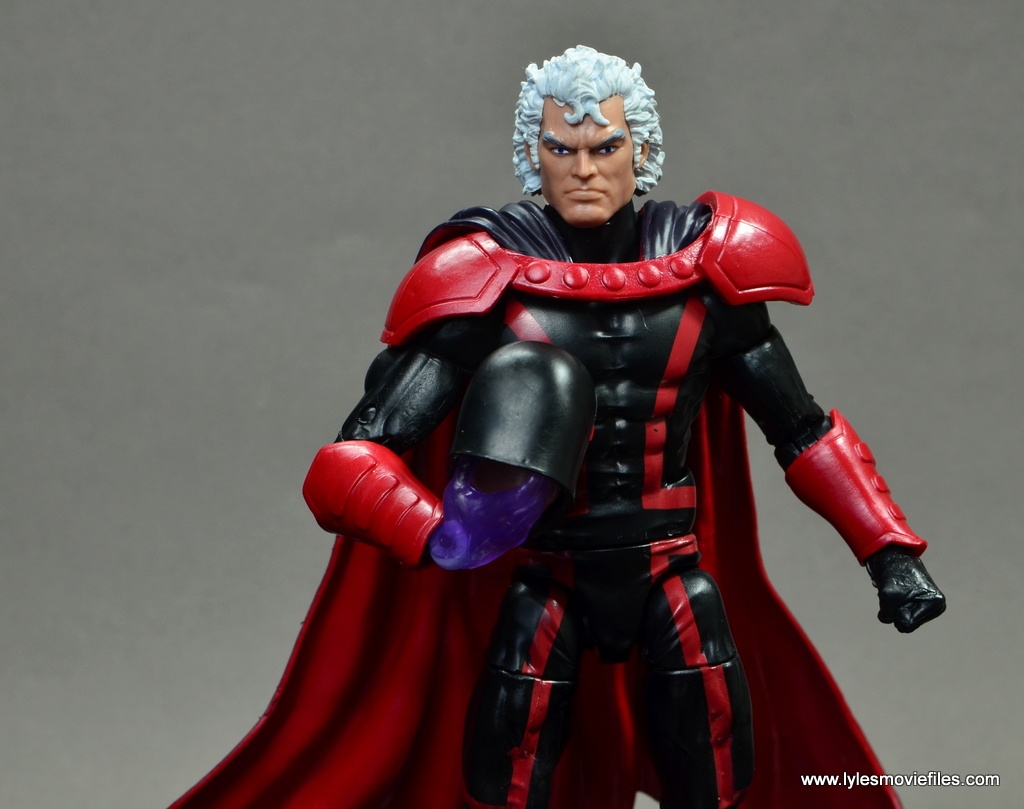 Where to get it?  Target has done a great job of consistently restocking this wave. I’ve seen every figure multiple times at many stores. Hasbro Toy Shop currently has him in stock as well and Amazon has occasionally had the wave in as well.