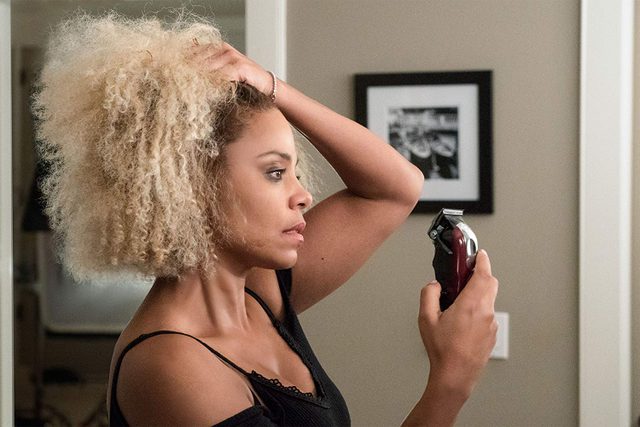 Nappily Ever After is a tangled mess of a romantic drama/comedy. There’s a compelling look at the struggles black women have with their self confidence relating to their hair, but this isn’t it. That’s problematic as the film has a worthwhile premise and a winning cast, but it never manages to come together.

Violet (Sanaa Lathan, American Assassin) is a successful advertising exec. She’s got a fantastic place and a studly boyfriend Clint (Ricky Whittle), who’s about to become a doctor. After a little careful prodding, Violet assumes Clint is planning to pop the question on her birthday. After two years of dating and him living with her, it’s a safe assumption.

To help prepare for the big night, Violet calls her mother, Pauletta (Lynn Whitfield) to straighten her hair at the crack of dawn. Pauletta has drilled into Violet that the only way she can get a good man is by having pristine, straight hair. And having her makeup ready for some passionate morning sex. It’s an excessive production and clashes with Violet’s otherwise strong and confident portrayal. 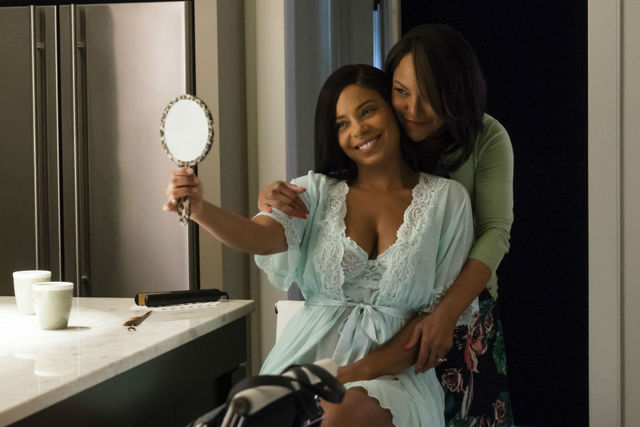 Naturally, things don’t go according to plan and Violet reassess the relationship. Violet decides she’s played it too safe and changes her hair. Maybe it won’t get Clint to reconsider, but Violet will get her mojo back…or not. When that fails to have the desired effect, Violet takes some clippers and cuts her hair.

Despite Pauletta’s fussing and one traumatic childhood moment, there’s no strong link to Violet viewing her hair as an issue. The shaving scene is meant to be this big liberating decision for Violet. Instead, it comes off as impulsive.

Violet’s problems stem more from her mommy issues and less keeping her hair straight. It seems like the film focuses on the wrong issue and never satisfyingly addresses generational standards of beauty. There’s ample occasions as Lathan and Whitfield share numerous scenes together.

For some viewers, Violet desperately trying to prevent her hair from getting the slightest drop of moisture or unwanted touching will be relatable. It’s those moments where Nappily Ever After feels most authentic, but too often it’s bogged down by tiresome cliches. 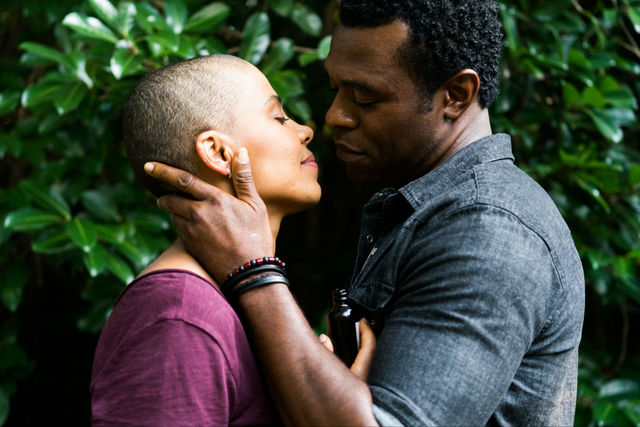 Of course there’s a single hairdresser Will (Lyriq Bent), who immediately stops flirting with the other women at his shop when Violet comes around. And naturally he’s got a precocious daughter Zoe (Daria Johns) for Violet to quickly develop a motherly bond.

The script, based on Trisha Thomas’ novel, went through a number of revisions and it shows. Lisa Loomer, Tina Gordon Chism, Adam Brook and Gina Prince-Bythewood all had a hand in massaging the script to a point of some semblance of cohesion.

One of the main problems with the film is how it never manages to settle on a tone. Too often, the film takes a serious approach to scenarios that would work better if played for laughs. Director Haifaa Al Mansour seems to set scenes up for a comedic payoff, but abruptly changes up to give Lathan another reflective moment.

The all over the place nature of the script doesn’t do Lathan any favors, but she’s a strong enough actress to carry most scenes along. Bent gets stuck in the thankless next guy up role who has a Yoda-like viewpoint on hair. Besides embracing Violet’s natural hair, we’re never given incentive to invest in Violet’s budding relationship with Will. 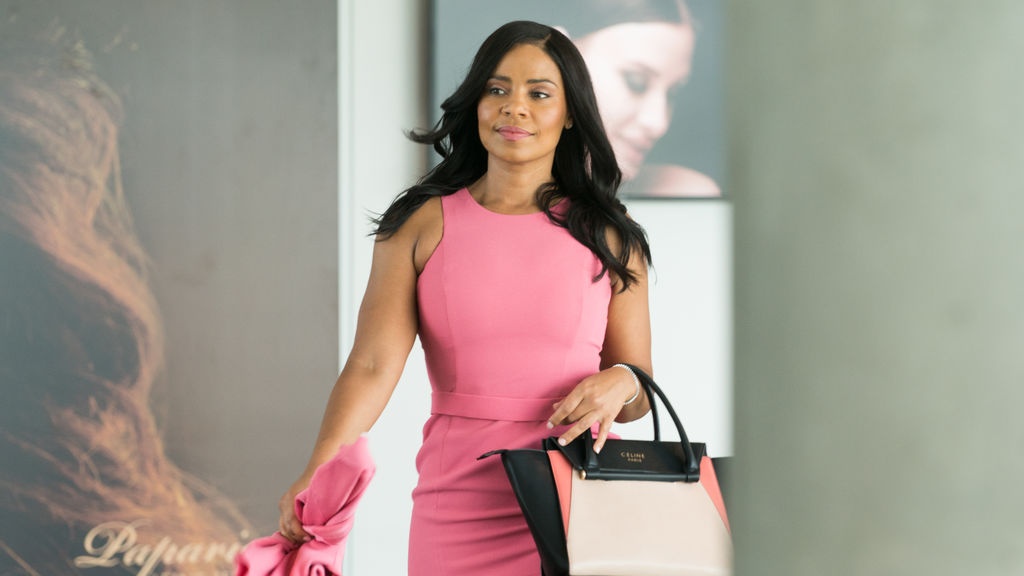 Zoe is treated like the scene-stealing kid who acts like an adult, but her connection with Violet is forced. What adult would really invite a child to their engagement party? Ernie Hudson has an charming role as Violet’s encouraging and supportive father who’s decided to become an underwear model. The film makes this a major issue of contention with Pauletta, but fails to explain how this would lead to a separation.

In the last scene, there’s a somewhat surprising walk back where Violet pitches to a potential client that women should feel free to do whatever with their hair — straighten it, get weaves, wear wigs, etc. It’s an odd about face and conflicting message for a film that spends 90 minutes making the point that a woman is not her hair.

Nappily Ever After had way too much potential to be a cut below other hair-focused films. The film sticks too closely to romantic comedy cliches without being funny and fails to tackle the real obstacle to the main character’s complete empowerment.