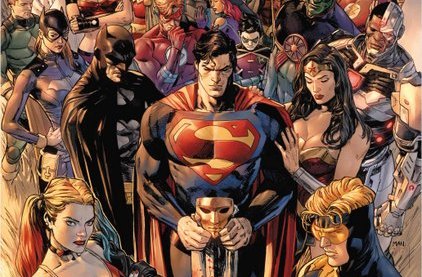 The big ‘selling point’ of Heroes in Crisis #1 was not so much seeing how DC heroes deal with trauma and PTSD, but who was getting killed.

Equally disappointing was the potential casualties as there’s some pretty big names with reasonable fan followings.

DC happily billed the first issue with multiple teasers as to who would get killed off for the sake of the story. I’ve never been a big fan of shock deaths just for the sake a shock death. And using death as the kick off to a big event borrows a page out of the darker Identity Crisis days of DC. It’s the kind of approach DC had taken great strides in avoiding since the inception of the New 52 into Rebirth.

Writers have killed the impact of death whether for the sake of offing characters to signal some big threat or due to excessive resurrections. Heck, Marvel Comics writers can’t write a big event story without killing one character and bringing another back to life.

The hype is somewhat warranted, not so much because of the shock, but more because it’s going to piss a lot of DC fans off. Surprising readers is always a good thing and keeping things unpredictable is a wise choice for most creators. The problem with Heroes in Crisis #1 is the deaths do more to rob potential stories from underutilized characters.

Two of the deaths are very frustrating as creators had to go to great lengths in order to write them off books where they were being used well.

Still, writer Tom King has earned the benefit of the doubt. In press leading up to the event, he’s spoken about his time as a former CIA agent and his desire to explore trauma in the DC Universe.

The crux of the story is Sanctuary, the safe haven for heroes and villains alike was attacked by one of its residents who possibly snapped. And the main suspects are Booster Gold and Harley Quinn.

With her prominent role in movies, Harley isn’t a viable suspect, but Booster? King certainly wrote him crazy enough in Batman that he could be the assassin.

Superman, Batman and Wonder Woman arrives to investigate since they founded Sanctuary. This could and probably should lead to a major Civil War Fallout with the big three and some of the other heroes who lost close allies at Sanctuary.

Heroes in Crisis #1 kicks off what’s sure to be a highly controversial series.