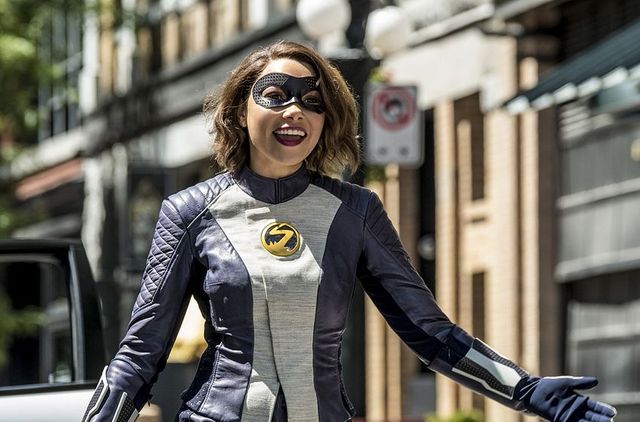 Nora kicks off The Flash’s fifth season on a surprisingly strong note. I’d been leery of this season from the end of the fourth season. It seemed too early for The Flash to be pulling the add a kid gimmick.

Flash teaching yet another speedster how to use the Speed Force to become a better hero wasn’t all that exciting either, but Nora won me over.

Thankfully the writers had answers for my biggest questions when Barry and Iris’ daughter XS aka Nora (Jessica Parker Kennedy) from the future showed up and unable to return home. Between The Flash and Legends of Tomorrow, the Arrowverse cheats time seemingly every other episode. It wasn’t because of negative tachyons or the inability of hitching a ride with the Legends. Barry has been missing in the future for 25 years and Nora just wanted a chance to connect. 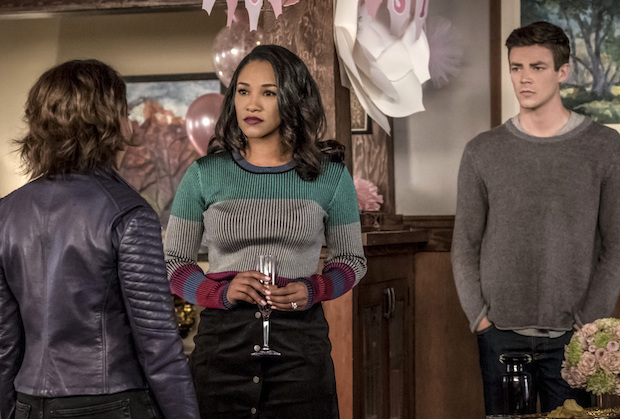 More than yellow and purple lightning effects, the blatant disregard for time proved Nora is definitely Barry’s daughter. And while Barry’s screwing over the timeline had become frustrating, it felt more endearing and understanding in Nora’s case. Although it kinda sucked for poor Iris who was eager and happy to connect with Nora, but kept getting blown off.

Kennedy fit in nicely with the cast, which still feels too bloated. It seems like the writers aren’t sure of Ralph’s role now that he’s no longer the fresh new, shiny superhero in training. His goofy subplot about not knowing anything about time travel or the multiverse was annoying.

On the other hand, him helping Caitlin learn more about her possibly not dead father was way more interesting. Ralph is one of those characters who will be forced into every episode to remind us he’s around and promptly shuffle off until the final 10 minutes.

At the same time I wish Keiynan Lonsdale wasn’t departing. Wally seemed like he was going to be a major longtime supporting character and the writers never figured out how to best utilize him.

With Nora around, Wally probably had become redundant anyway. It’s too bad Lonsdale isn’t returning to Legends of Tomorrow either. 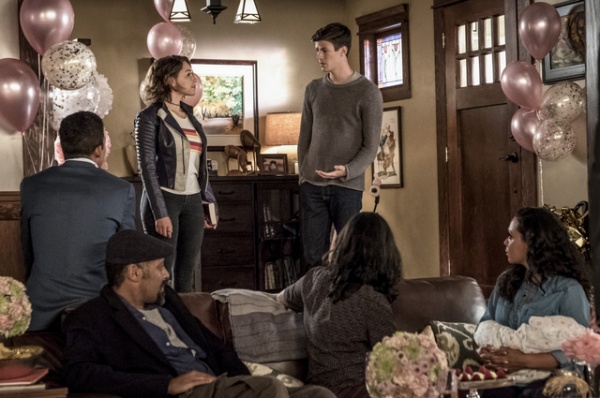 Hopefully, Season 5 doesn’t become one extended training session. Between Kid Flash, Jesse Quick and Elongated Man, the series has exhausted the Barry as a superhero mentor subplot. Besides, XS has been an established speedster for awhile and shouldn’t need the how to be a hero manual like other Flash sidekicks. One area the writers will need to be mindful is avoiding making XS a walking spoiler. Discussing some random future events can be fun…so long as it’s not done to an excess — pun intended.

The series has really neutered the threat level of episodic villains. It was tough buying into Gridlock as more than a nuisance and the ease of which he got beat proved that was the best approach. And even more so after season long villain Cicada seemingly killed him in the end. The Flash and other Arrowverse shows need to adapt a villain arc tactic where there’s a big bad for 3-4 episode blocks instead of 23 episodes. It makes the random threats that pop up in between seem so useless.

Easily one of the cooler moments of the episode was Nora giving Barry an updated costume. Minus those deep etched lightning bolts on the helmet this attire is the closest to the classic attire and it ditched that goofy chinstrap.

There were some fun DC Easter Eggs throughout the episode like Nora mentioning Flash’s lightning bolt is cooler than Lightning Lad’s and that Ryan Choi aka The Atom III designed Barry’s latest costume. Since Barry’s been gone so long it’s reasonable to expect Ryan to make an appearance soon, right?

It’s too bad Alex Danvers wasn’t on that plane Gridlock hijacked otherwise Supergirl would have the saved the day with less trouble.

Nora was a promising start for the new season and provided the writers find new wrinkles on the sidekick angle, this could be a big improvement over the back end of last year.