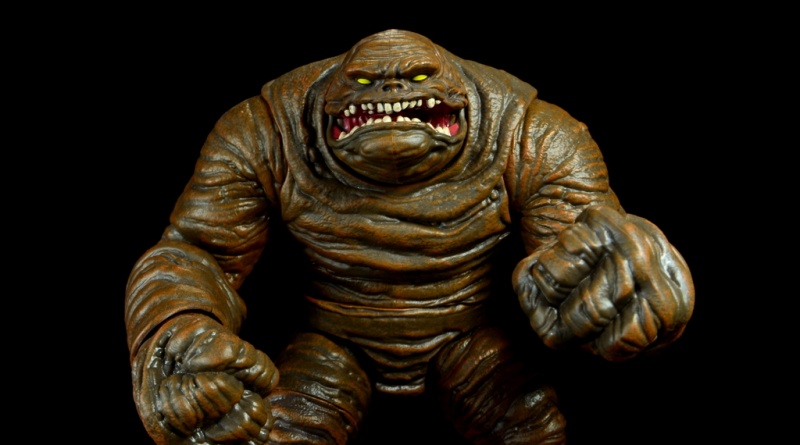 Mattel came roaring back with its retail DC 6-inch line. The first wave was generally very well received for its improvements on the old articulation scheme and improved body molds. Even more impressive is the first Collect and Connect from this revamped wave — Clayface.

Clayface was an interesting choice considering we’d already gotten an excellent Batman: The Animated Series inspired version of the character. But that figure also had rubber arms that gradually turned a different shade than the rest of the figure and you had to carefully move it lest the material would rip. Not the ideal situation for a physical Batman villain. With this update does Mattel fix those issues? Let’s find out. 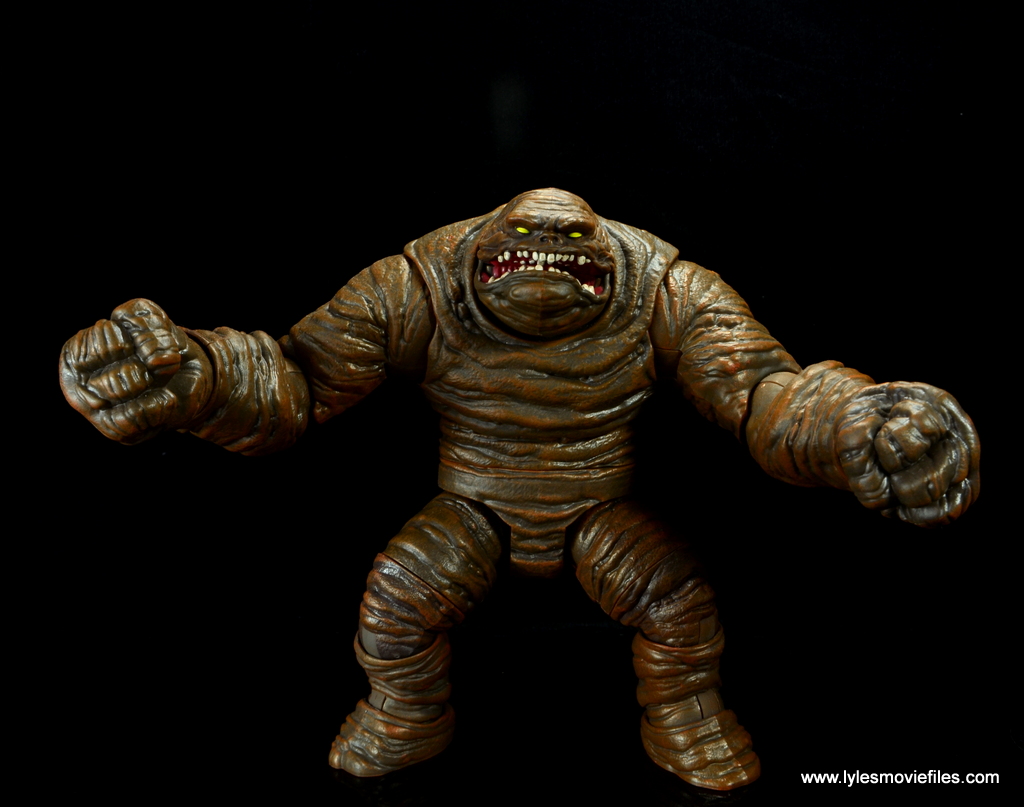 Packaging:  Clearly no package here since he’s an add-on though I’m curious what reference pic Mattel would have gone with for him. Like all Build-a-Figure/Collect and Connects, I’d love to at least get a bio on the character as an insert card or something. Maybe with the figure with the smallest accessory?

Likeness:  This version of Clayface is primarily based on his appearance from Detective Comics where he was a member of the Gotham Knights.  He’s massive, hulking and wide. It’s exactly what I think of this character in figure form. There’s a ton of great detail from the head sculpt with the gangly teeth to the sunken eyes and rolling layered look of the clay with random bumps. This is a very impressive sculpt. 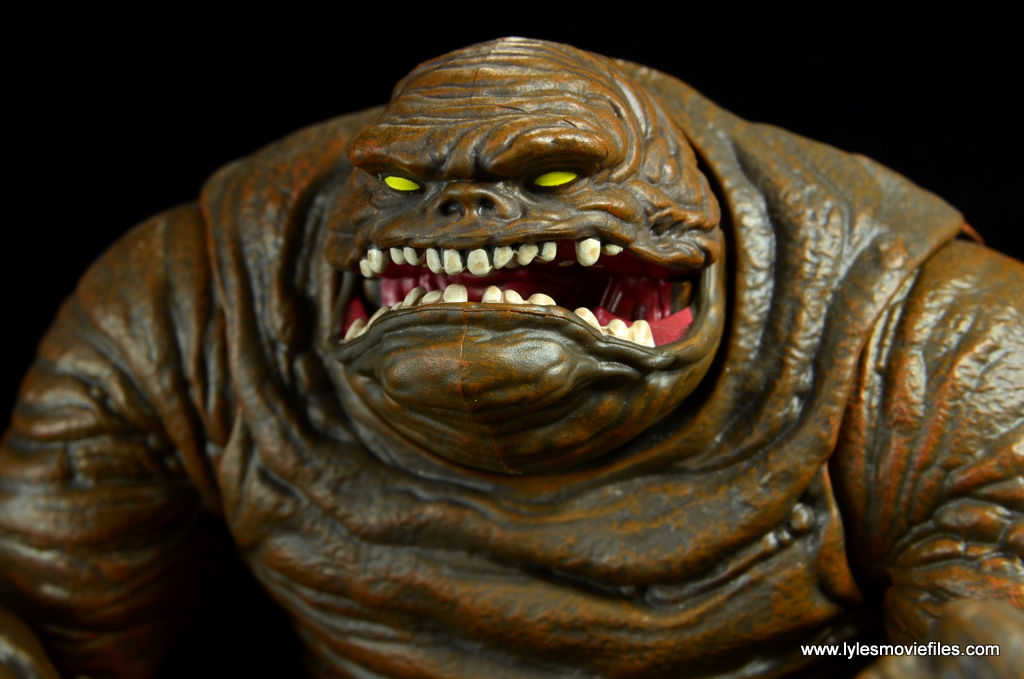 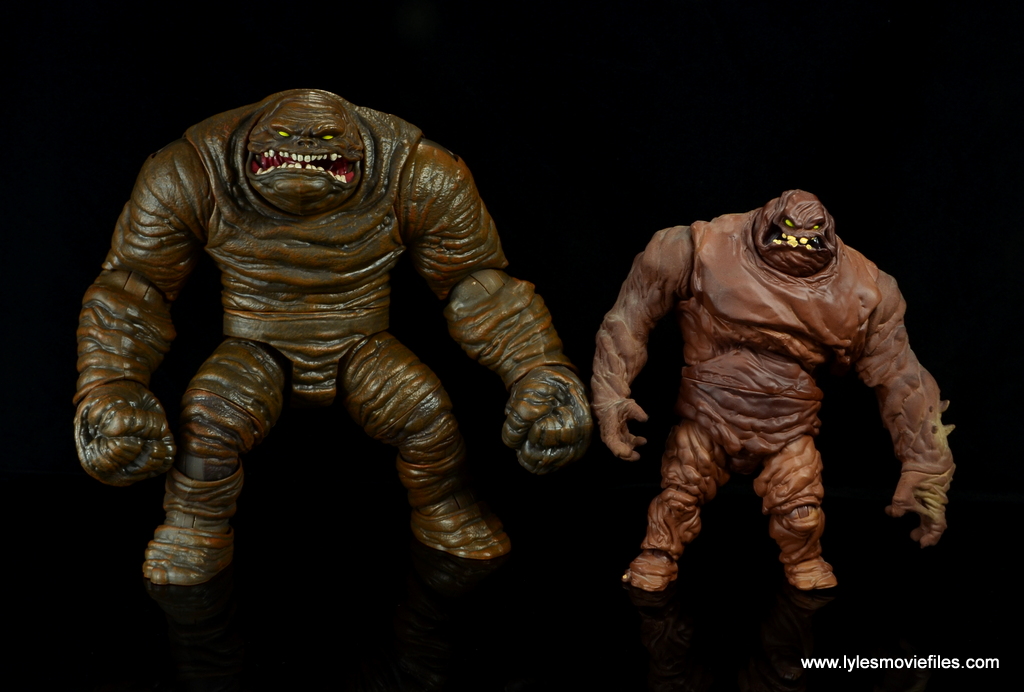 Scale:  What might be the coolest aspect of the figure is that his scale works with any DC figure format.  Paired with a DC Icons figure, he looks like he’s in super transformation mode at his most intimidating. Next to a line mate DC Multiverse figure and Clayface still looks towering.

Even next to a DC Essentials figure, Clayface retains an impressive, powerful presence. This figure works regardless of your preference. 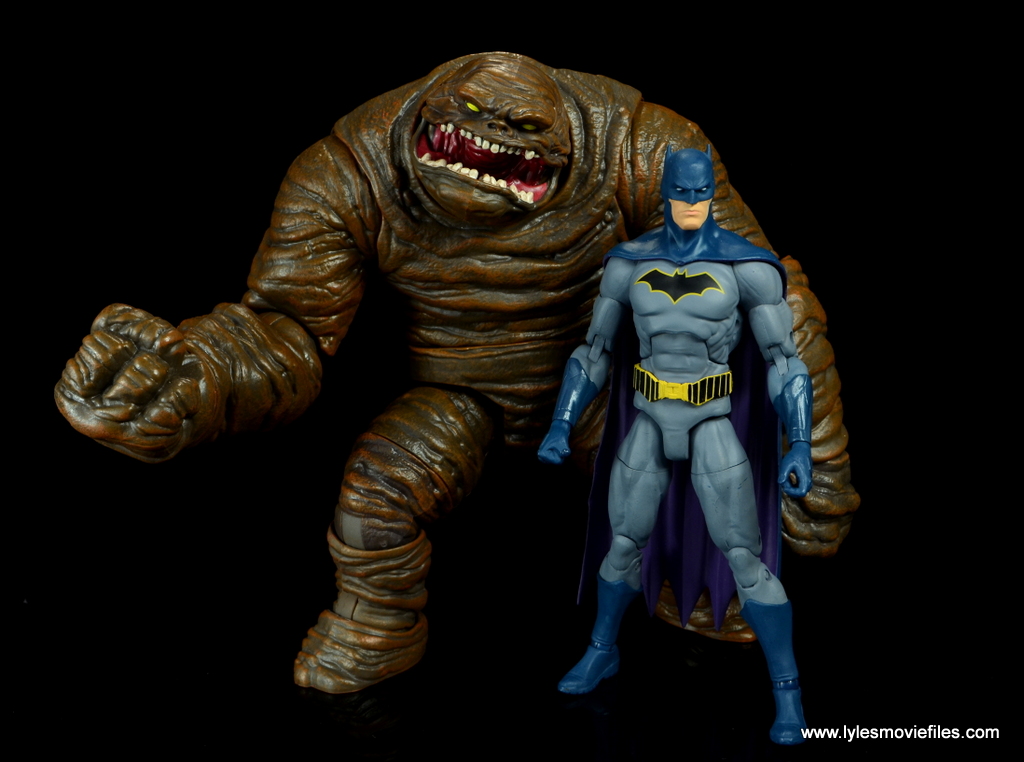 Paint:  The paintjob is more complex than I originally assumed. The teeth have a nice amount of grime on them with just a minimal amount of white paint coming onto the lip. Of course in Clayface’s case that isn’t so much of a problem since he could be in transition. I’m more impressed that there’s no red run over from his mouth. His yellow eyes pop sharply. 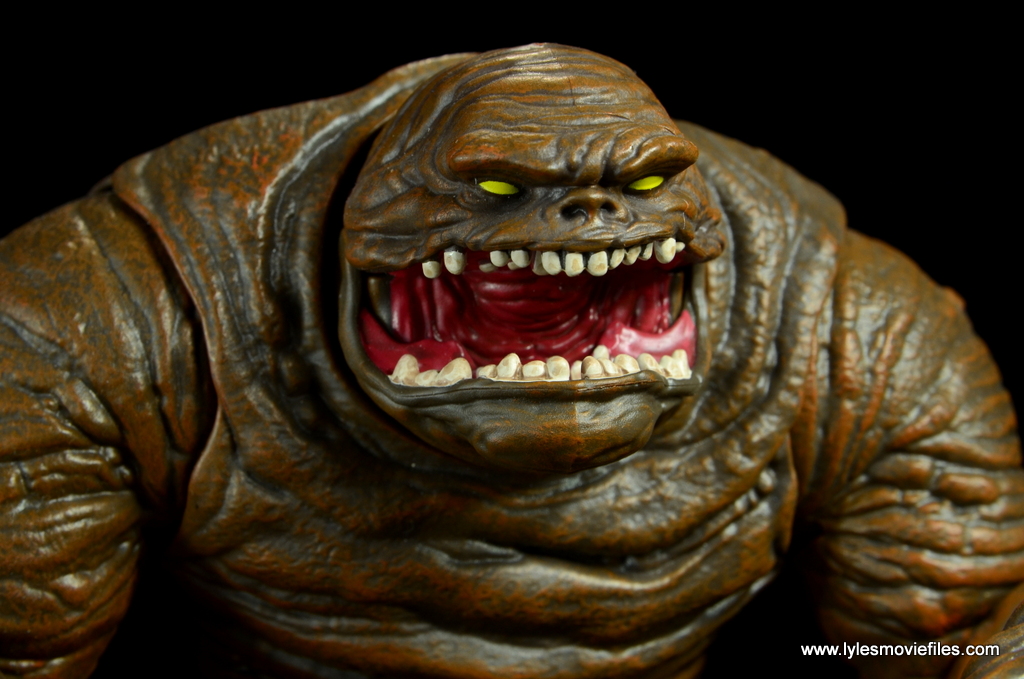 But the big surprise is the overall body, which has a terrific brown shade and a dedicated wash to get into all the nooks and crannies to show off the sculpt. It really looks spectacular and conveys that muddy clay visual perfectly.

Articulation:  With solid arms, this figure was going to beat out its DCUC counterpart. Due to the nature of Clayface’s build, we don’t get up and down movement of the neck. There’s also no bicep swivel, which would really add another element to posing. 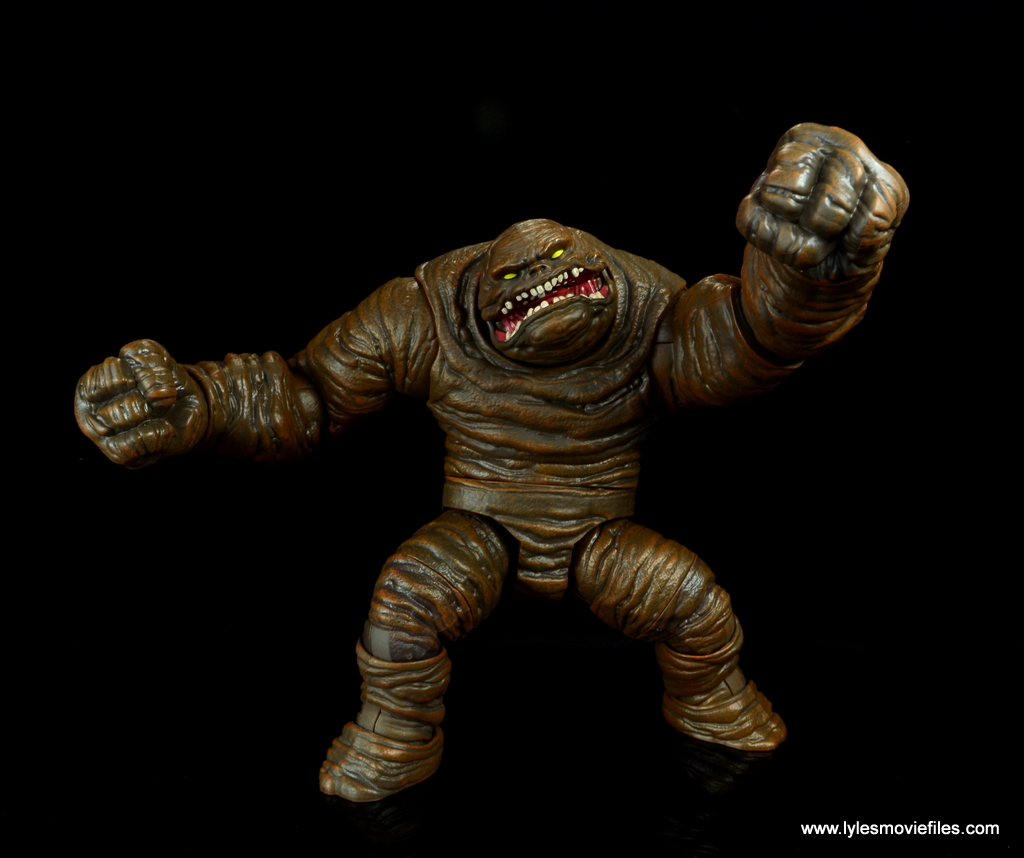 I do appreciate the articulated jaw as this is one of the few cases where it adds something to the figure. Clayface has a pretty respectable center of balance and can be supported on one leg. That’s impressive considering his heft and size. I do wish Mattel had included an open hand so Clayface could grab some of his opponents. 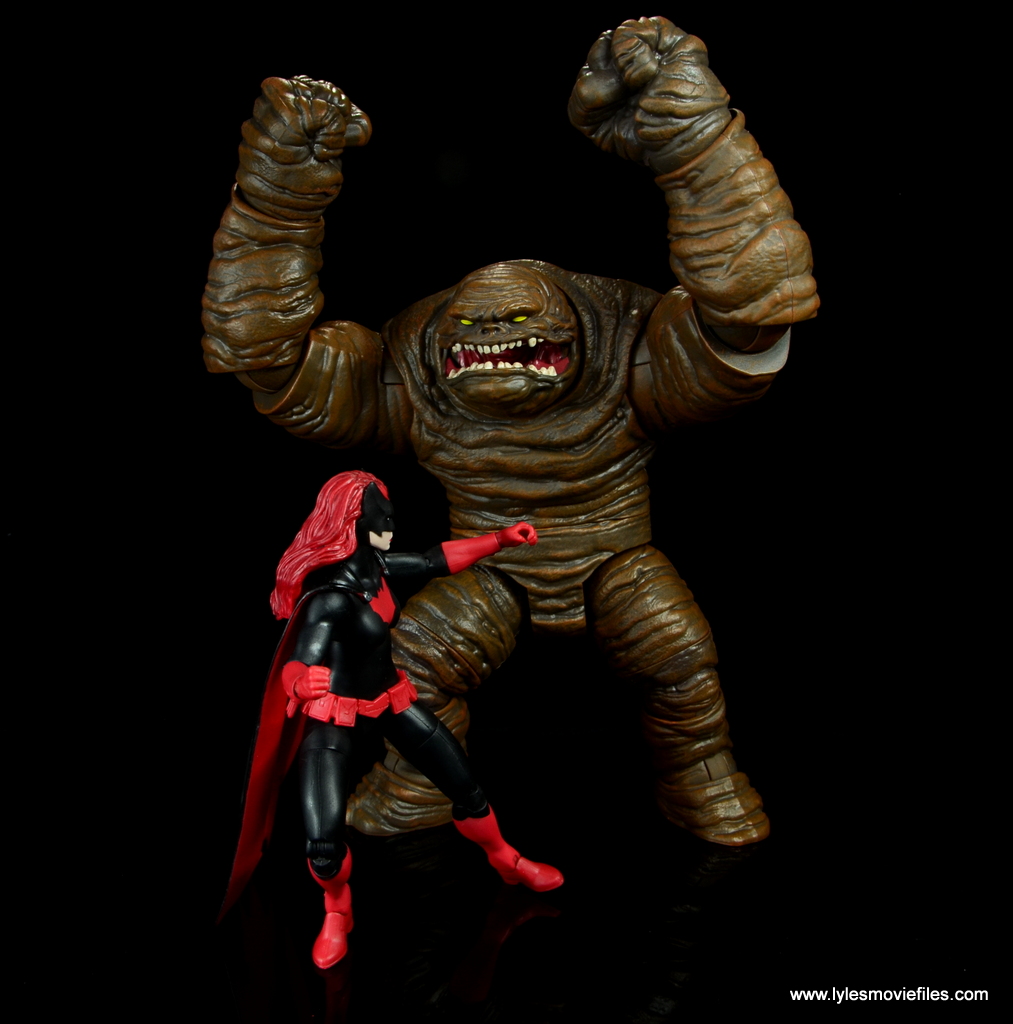 Accessories:   Typically with most BAFs/CACs, I’m not expecting any accessories. That’s mostly true with Clayface, but he definitely would have benefited from some swappable parts like an axe hand or grabbing hand.

Worth it?  Assuming you were interested in all the figures in the line, Clayface would have cost you $120. Factor in that Jessica Cruz and Two-Face have been notoriously hard to find in stores and Clayface gets a bit more expensive. The good part is he’s worth the hassle to track down. Of the wave, the only figure I wish I didn’t have to get was the Martian Manhunter. Good thing he was the cheapest. 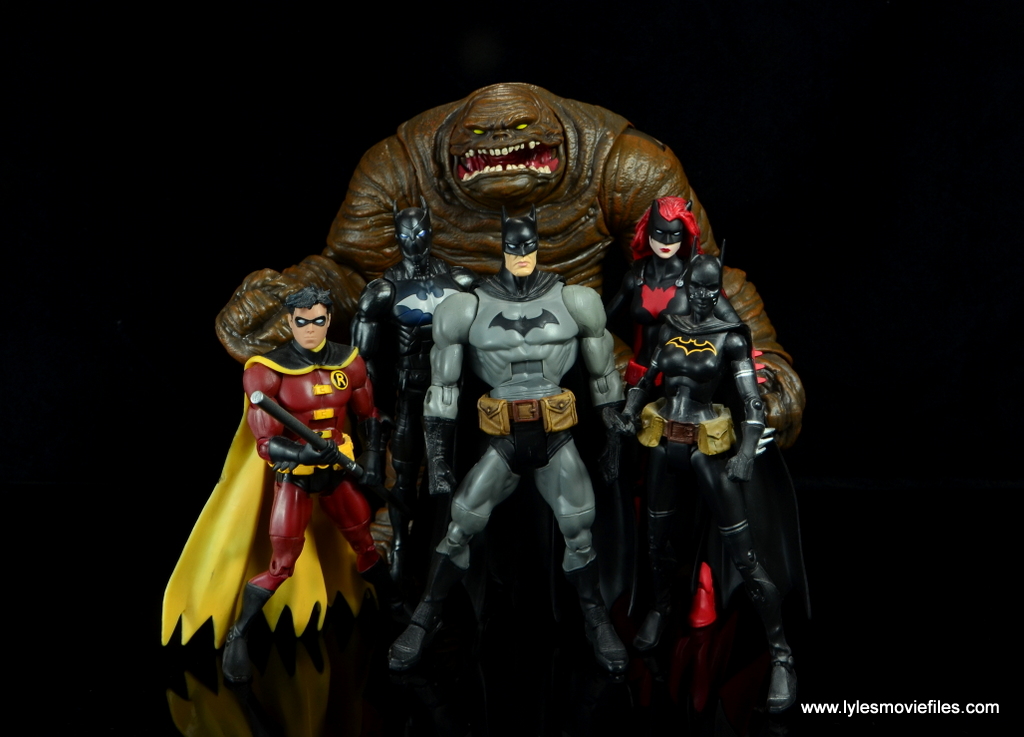 Even though I would have loved some extras, Clayface is a great CAC and an inspired kickoff to Mattel’s revamped DC Multiverse line. I’m officially read for the Super Lex wave now. 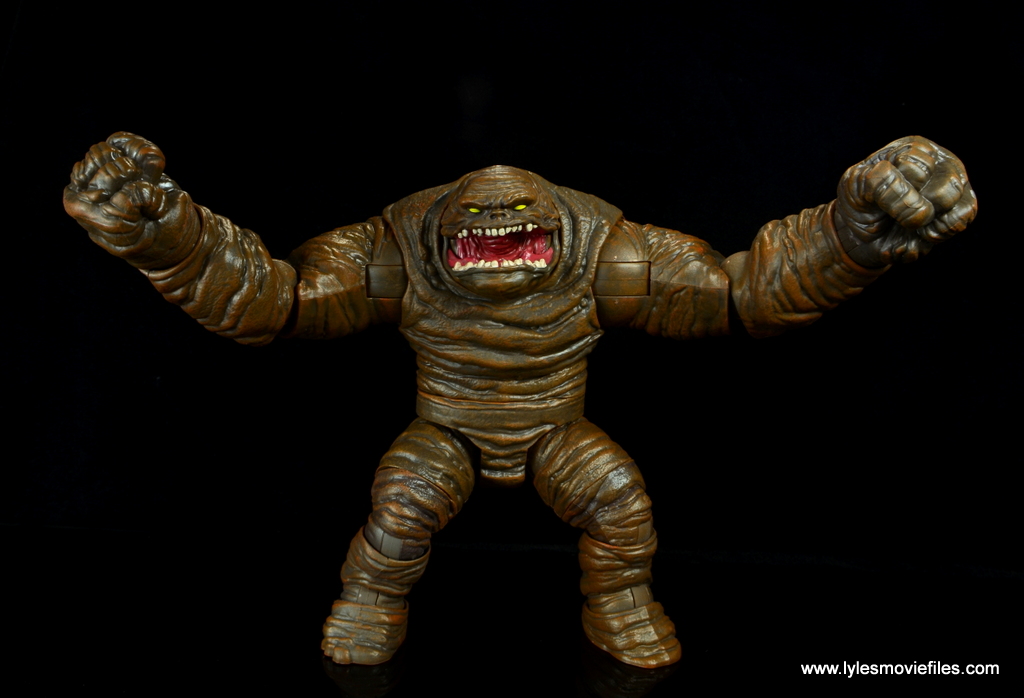 Where to get it?  Honestly the best way to get Clayface is to order the set. It can be frustrating trying to find Jessica Cruz and Two-Face at retail price.