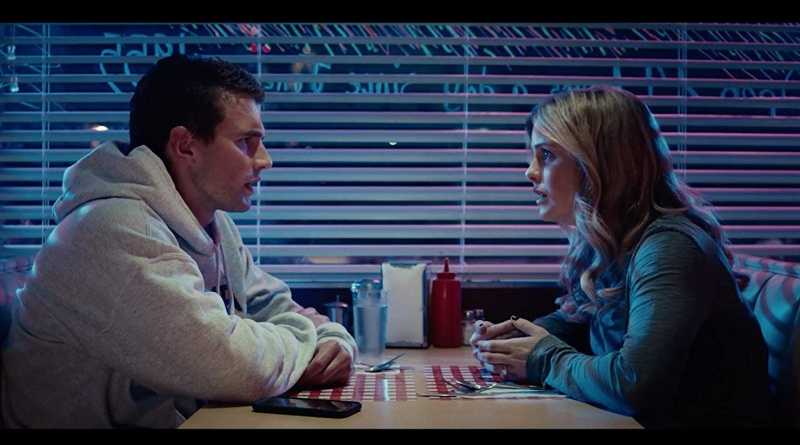 Brampton’s Own is a largely harmless romance/sports drama you’d stumble onto on The Hallmark Channel or Lifetime.

Dustin (Alex Russell, Unbroken) is on the wrong end of a career in the minor leagues. Recognizing his big chance has faded, he returns to his hometown of Brampton. In his obsession to make it to the pros, Dustin neglected his old friends and childhood sweetheart, Rachel (Rose McIver).

Naturally no one is all that thrilled to see him back save his doting mother (Jean Smart) and loser Brampton lifer pal Gavin (Kevin Linehan). Rachel has moved on and enjoying a loving relationship with the town dentist Eddie (Scott Porter, Guardians of the Galaxy: The Telltale Series).

The big problem is Dustin is a jerk. Clearly the film is set up for him to come waltzing in at the last minute and break up Rachel’s engagement, but it’s hard to root for a home wrecker. Especially one who never really earns his redemptive arc.

Director/Writer Michael Doneger has a firm understanding of Dustin’s plight. As a catcher, Dustin has to have laser focus, but Doneger never provides Dustin that revelatory moment when he understands the friendships and relationships he allowed to falter.

Dustin sees the aftermath, but is legitimately surprised that his old pals have moved on, gotten married/divorced/remarried and have started families. Doneger tries to paint Dustin in a sympathetic light, but it’s tough to be sympathetic.

Poor McIver, who was so charming and fun as the lead in A Christmas Prince has the thankless role of the beleaguered old flame who’s still carrying a torch for a guy forever chasing a dream that doesn’t involve her. Smart has a bit more to work with as Dustin’s mother who’s moving on with her life with a new flame after Dustin’s father’s death. 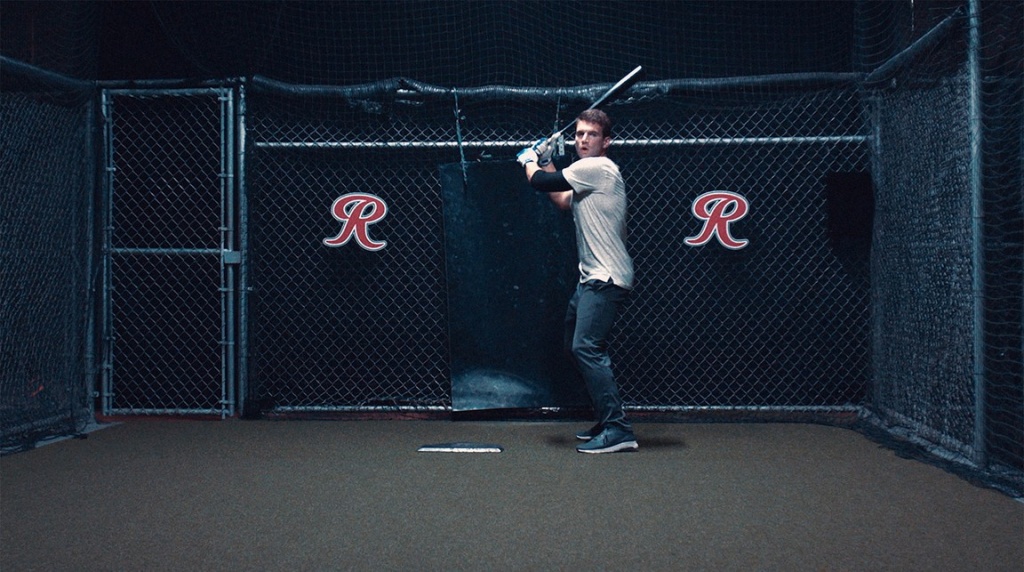 Commendably, Doneger doesn’t make a big deal out of Dustin’s sister, Jane (Spencer Grammer), being married to a black woman (Carly Hughes). The matter-of-fact nature of the relationship is very refreshing.

In his second full-length directorial effort, Doneger shows promise. There’s nothing glaringly wrong or out of place throughout the film. There’s a slice of down home cheesiness with characters like Gavin and Eddie, but that seems intentional. The film probably would have benefited from a few more laughs to help make Dustin more likable.

Doneger needed a bit more of … something to make the film truly connect. It’s in this weird spot of being inoffensive and uninteresting. With some more films under his belt, Doneger seems poised to become a steady contributor helming Hallmark, Lifetime or Netflix romance movies.