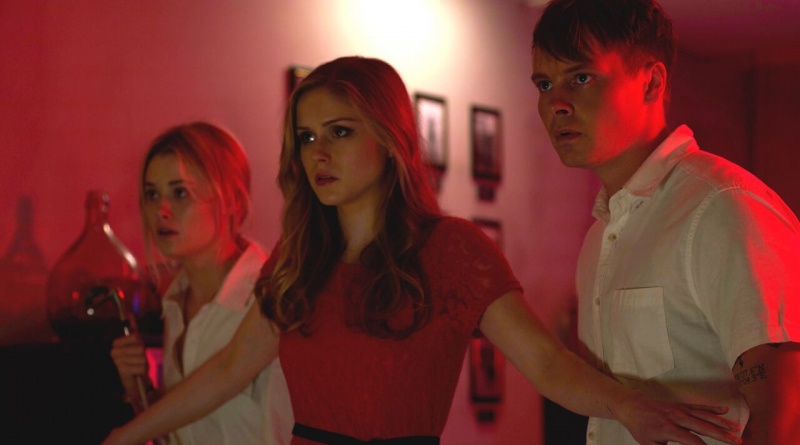 Monster Party has an interesting setup — burglars crash a party for a serial cult — but it arrived about three years too late.

The big problem is the concept was done better two years ago with Don’t Breathe. That film had more fun with the premise and constantly shifted the audience perception about who was the hero and who was the villain.

Casper (Sam Strike) is in a financial bind as his father is in deep with a crime lord. He’s got to find a way to come up with $10,000 in a hurry. His best chance? Getting his pals and fellow burglars Dodge (Brandon Micheal Hall) and Iris (Virginia Gardner) to help him nab a big score from the richest family in the city. 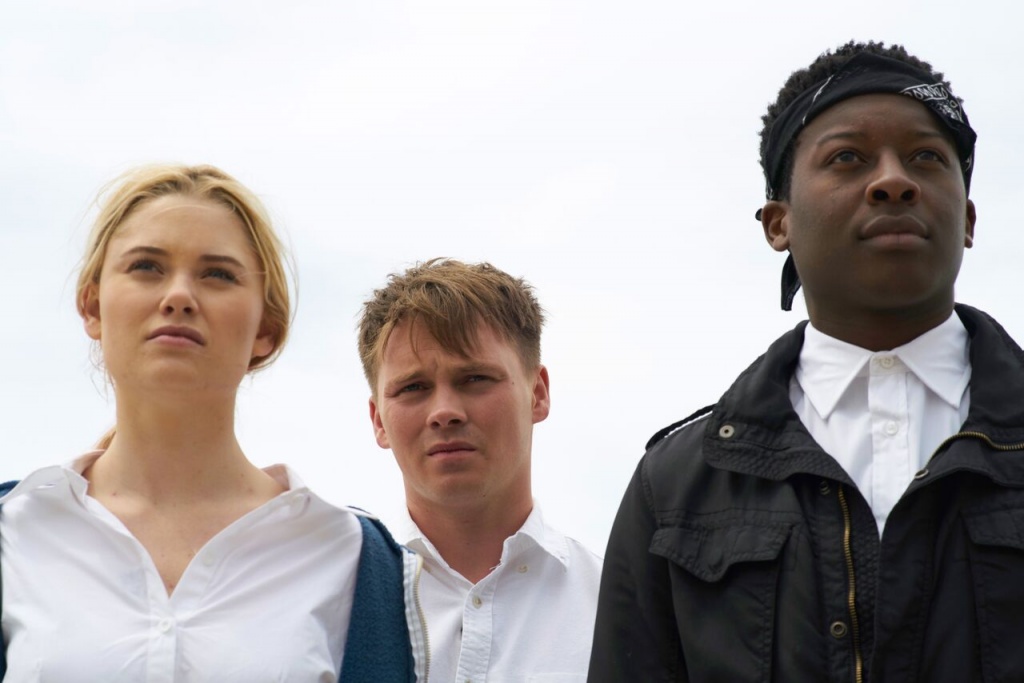 But the Dawson family has their own problems, namely working through their psychotic killing tendencies along with fellow serial killer addicts. Patriarch Patrick (Julian McMahon, Fantastic Four) immediately seems like he’s on the brink while his wife, Roxanne (Robin Tunney), is slightly more together. Their son, Elliot (Kian Lawley), seems even more unhinged than his father while Alexis (Erin Moriarty) is the seemingly lone well-adjusted family member.

Director/writer Chris von Hoffman is a fan of quick cuts and gratuitous violence for the sake of it. This doesn’t make for a particularly strong film especially when the plot and characterization is so lacking. The characters speak in an unnatural movie dialogue tone that sounds stilted. Von Hoffman doesn’t do the film any favors by stacking his quality actors (McMahon, Reddick and Tunney) on one side and leaving the less experienced performers flailing with their line delivery and angry faces.

Just as frustrating is the fact that Casper, Iris and Dodge have the worst survival instincts of characters in a horror thriller in recent memory. At times it feels like they’re actively trying to get killed as they constantly get battered and tossed to the ground despite being armed with guns, swords and an ax. Casper is probably the worst as the wholly incompetent main hero. He’s constantly playing the cliche dumb teen girl who keeps tripping over her feet. 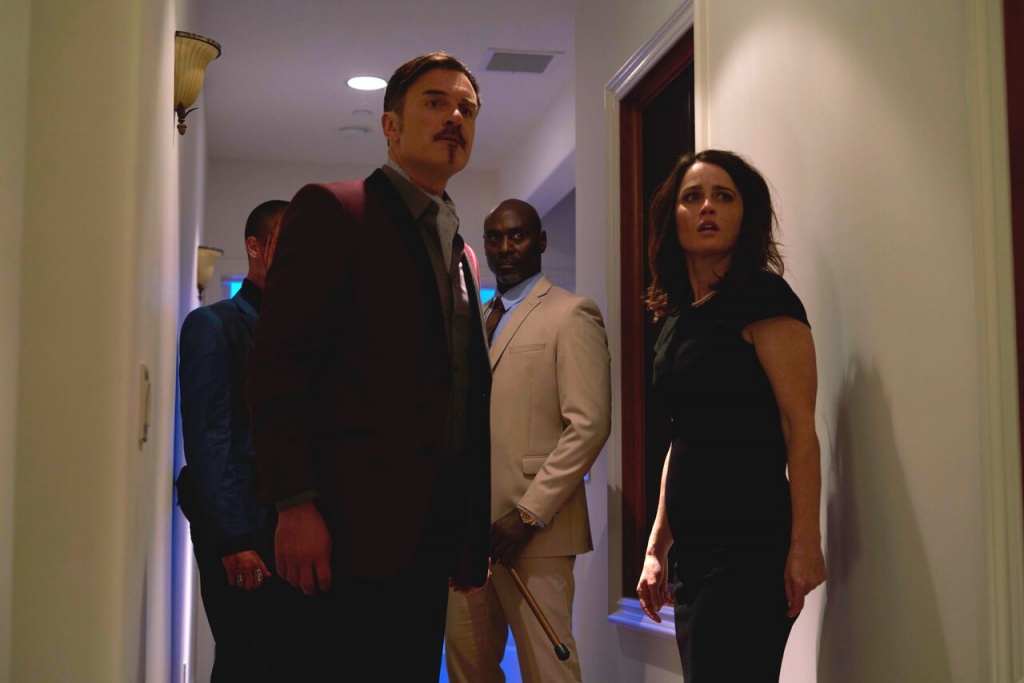 Slight spoiler, but a film that has the evil one-percenters viciously slaughtering the black guys isn’t going to earn a lot of goodwill from me.

Von Hoffman doesn’t do the film any favors by setting up a weird romantic subplot with Alexis and Casper. Strike and Moriarty have little chemistry making it even harder to buy that Alexis would turn on her family to help Casper and his pals.

There’s some decent ideas here, but von Hoffman fails to develop them properly resulting in a home invasion film that isn’t worth recommending over the far more engaging and suspenseful Don’t Breathe.