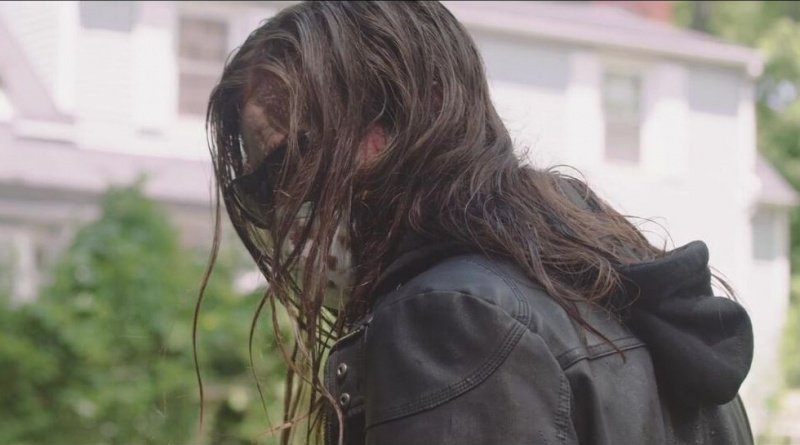 Abysmal. Terrible. Unwatchable. All those adjectives and many more would apply, but Johnny Gruesome is just as appropriate a title for this dead on arrival zombie film.

Gregory Lamberson directs and writes the adaptation of his horror novel about a delinquent who becomes dangerous when he joins the undead.

Johnny Grissom (Anthony De La Torre, Pirates of the Caribbean: Dead Men Tell No Tales) is an obnoxious high school senior with a bad attitude. He’s happy to disrupt class for his amusement and offer up his girlfriend, Karen (Aprilann), so his best friend Eric (Byron Brown II) will lose his virginity. Charming. And he’s bratty to his unemployed father, (Michael DeLorenzo slumming for a paycheck). 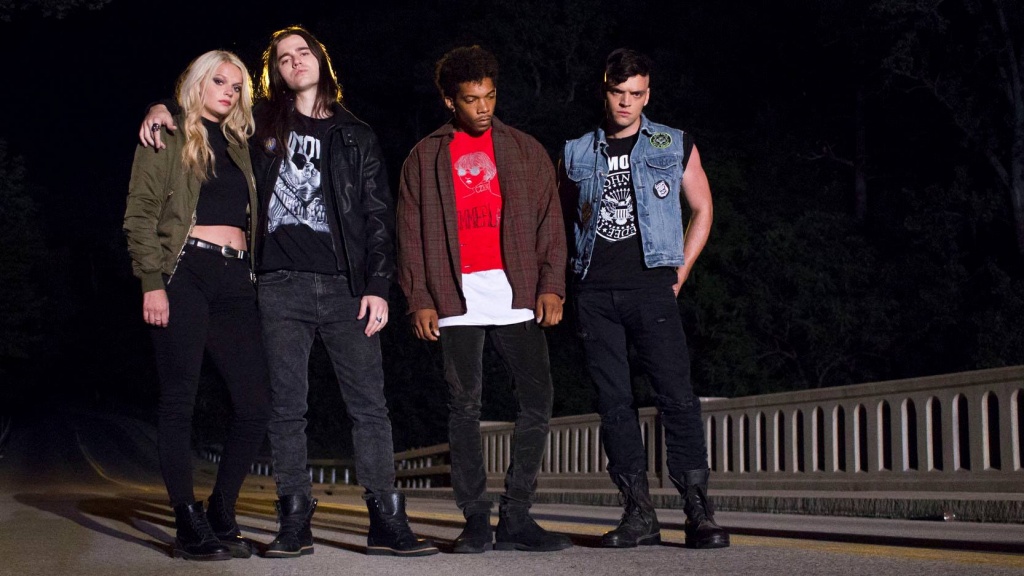 After getting yet another suspension, Johnny is acting like he’s got nothing to lose and goes on a drunken rampage with his friends. In the film’s biggest stretch from reality, Johnny’s pal, Gary (Chris Modrzynski) decides the best way to stop him is to strangle him to death. It’s absurd and immediately robs the film of any trace of credibility. Karen and Eric decide to go along with Gary’s cover up plan. Apparently the local investigators are slow enough to confuse strangulation with an accident.

For some unexplained reason, Johnny returns to life and now goes after anyone who’s wronged him. One of the biggest problems is Lamberson doesn’t give Johnny a strong enough case for his murderous rampage. Johnny’s rage hardly seems warranted as he’s going after people who merely slighted him like the teacher, Carol Crane (Kim Piazza), who told him to shut up in class for being obnoxious.

Johnny takes the slow path to payback and saves Gary, Karen and Eric for last. The film probably would have played out a lot better if Johnny was such an outcast that he was constantly harassed, ignored and treated terribly. As it stands, Johnny’s motives are extremely thin and he really should have just been gunning for three people. Most of the other murders seem unjustified. Given the revenge nature of the plot, the viewer should be somewhat sympathetic to Johnny’s payback plan.

Lamberson also poorly defines Johnny’s capabilities. Like most zombies, he has a certain level of invulnerability, but once a weakness to water is exposed, why wouldn’t everyone load up on water guns to hurt him? Johnny doesn’t appear to have gained any super strength or speed so it’s puzzling why most characters don’t try to get away or overpower him.

The performances are mostly flat with the cast unable or incapable of emoting. Too often they sound as if they’ve just memorized their dialogue and don’t understand their character’s motivation. That’s certainly understandable as I was at a complete loss as well.

Another issue is the film’s far too pristine look. The picture is too crisp and needs a certain amount of grain to grime and dirty up the visuals. The clean camerawork also makes the budget basement special effects more noticeable. This is very noticeable the further Johnny decomposes and the final showdown looks very bad. The soundtrack is serviceable and plays up the horror meets heavy metal theme well.

Johnny Gruesome is one of those films that on paper sounds like it has a workable concept, but fails on every level. It’s not entertaining enough to even get unintentional laughs and is a chore to sit through for its brief run time.