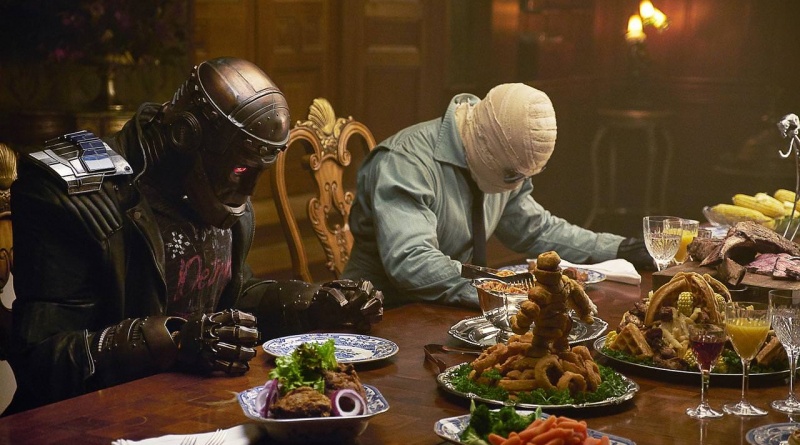 While Titans provides a vastly different take on the Teen Titans, this showcase episode finds the Doom Patrol brought to the small screen largely comic book accurate. It’s no surprise why Doom Patrol quickly got approved for a series on DC Universe and after 45 minutes with them, I came away more excited to see more of them than the Titans.

Ironically, that was the same feeling I had after watching the Hawk and Dove focused episode. Titans seems to have stumbled onto a winning formula for its best episodes. Faithfully adapting side characters and spin-offs from the source material while going completely off book with the Titans themselves. Imagine how much more fun Titans would be if the team were adapted as strong as Hawk & Dove and the Doom Patrol.

Following her breakout from the covenant, Rachel runs off to the woods, but she’s not alone. Gar, the green haired guy from the skating rink has followed her as a tiger. I’m a little concerned that so far we’ve only seen Beast Boy transform into a tiger. This isn’t really taking advantage of his powers or the character’s playful side. A rabbit probably would have made more sense.

Like most takes on the Titans characters, Beast Boy is being portrayed less comedic and more socially awkward. While that’s not as huge a departure on how Gar is typically shown like Starfire it’s still a significant discrepancy from the comics. And this series could definitely use a little more humor. Enter the Doom Patrol. 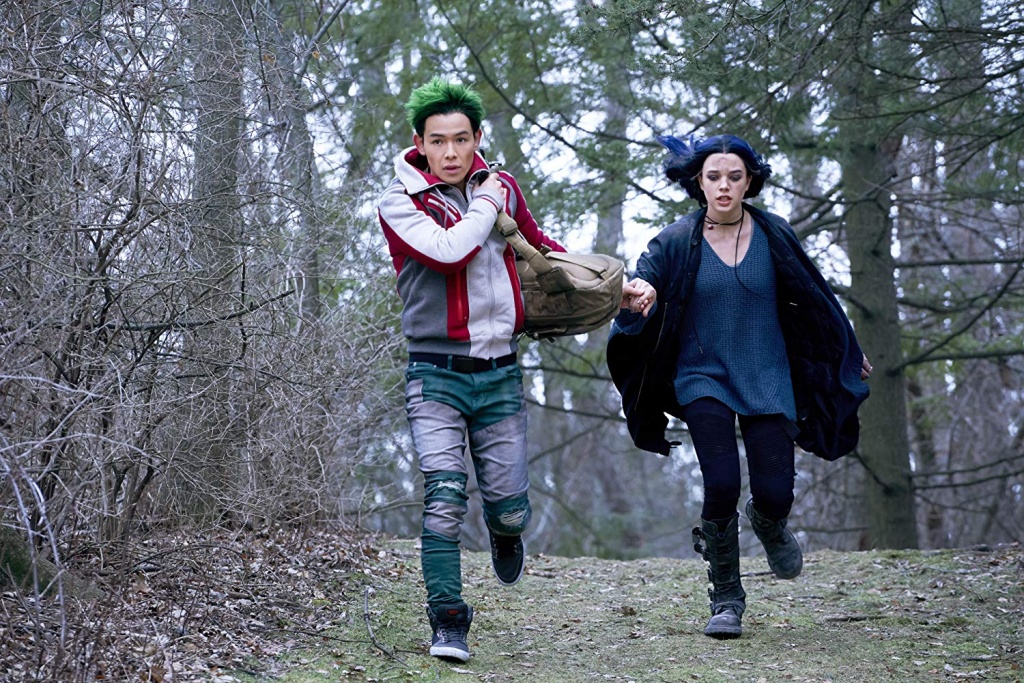 Gar takes Rachel to the Caulder Mansion hoping to keep her arrival a secret from the other inhabitants. That quickly proves hopeless once Robotman (Jake Michaels with Brendan Fraser providing the voice) hears them. While Gar and Robotman debate Rachel’s visit, she ventures into another area to see Negative Man (Dwain Murphy with Matt Bomer providing the voice) whipping up a big meal in the kitchen. It’s a goofy, lighthearted and fun scene. In other words, exactly what’s been missing from Titans so far.

The series takes a slightly darker twist on the third member of the team Elasti-Girl (April Bowlby), who has a harder time maintaining her movie star appearance. It provides more a tragic turn for the character and Bowlby does a great job conveying the strain and effort to keep up Rita Farr’s looks. I loved that Rita wore outfits very close to the original Doom Patrol costumes.

Things aren’t as much fun when we turn to Dick and Kory trying to track Rachel down. They find the hunters who stumbled across Rachel and Gar and Dick proceeds to go excessive on the beat down. We’re reaching the point where Dick needs to start actively trying to hold back from being so brutal. If it’s such an issue for him, he needs to be more proactive about changing. Right now it’s just coming across like he’s getting off on being so cruel and vicious. And when is Kory going to shower/change clothes?

It was a little surprising to see Chief (Bruno Bichir) walking around although his use of a wheelchair is thankfully mentioned. Bichir’s take on Chief is a little hard to focus on since we know Timothy Dalton has been cast for the Doom Patrol series. Bichir was fine even with the lack of red hair. 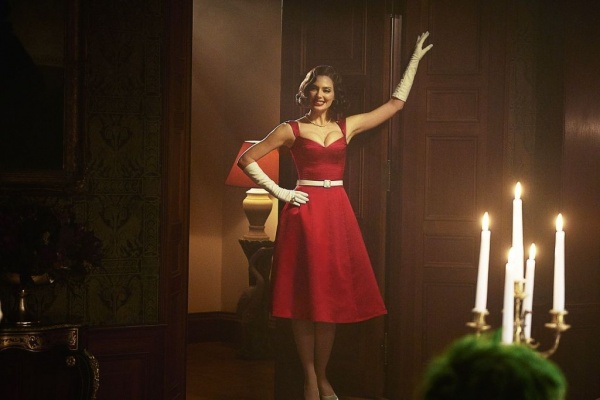 Staying very true to the source material, Chief is a bit of a jerk to the team and eager to ‘fix’ Rachel. Although initially interested in a potential cure, Rachel gets leery and decides against it. Naturally Chief wants to go through with it causing Gar to stand up against him. For just a moment as his temper starts to flare up, Gar turns fully green until Chief knocks him out with a tranquilizer.

Rachel can handle her own rescue just fine though and demons out enough to lash out and break Chief’s back. Dick and Kory manage to avoid a fight with the Doom Patrol and Gar and Rachel head out with them. Given the choice, I would have happily stuck with the fun-loving, free-spirited Doom Patrol over the gloomy and brooding Titans. That’s a win for the next live-action series from DC Universe. Now if only they can manage to inject some of that fun into Titans next.