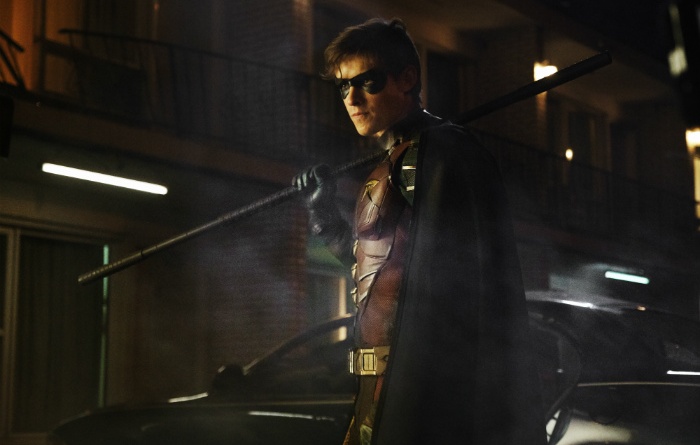 Together was the episode of Titans that finally saw the main characters acting as a team. There’s some drastic differences from the source material, but if you can deal with them, Titans is becoming a pretty interesting show.

After leaving the Doom Patrol, Dick decides to get Kory, Gar and Rachel off the grid and into a nearly deserted motel. We never actually saw the Doom Patrol do much of anything, but their portrayal as a team made the slow burn of Titans somewhat frustrating. Thankfully, the Titans take their first step toward becoming a team in this episode.

In a warehouse, Dick has the others show their abilities. It’s not so much a training session, but a show and tell. I remain worried that Titans is just going to have Gar as a tiger hence his Tiger Boy nickname. That would be like Plastic Man only being able to form a spring and severely restricts the most versatile Titans character. I’m hoping this season will lead to Gar unlocking all of his animal transmutation abilities. 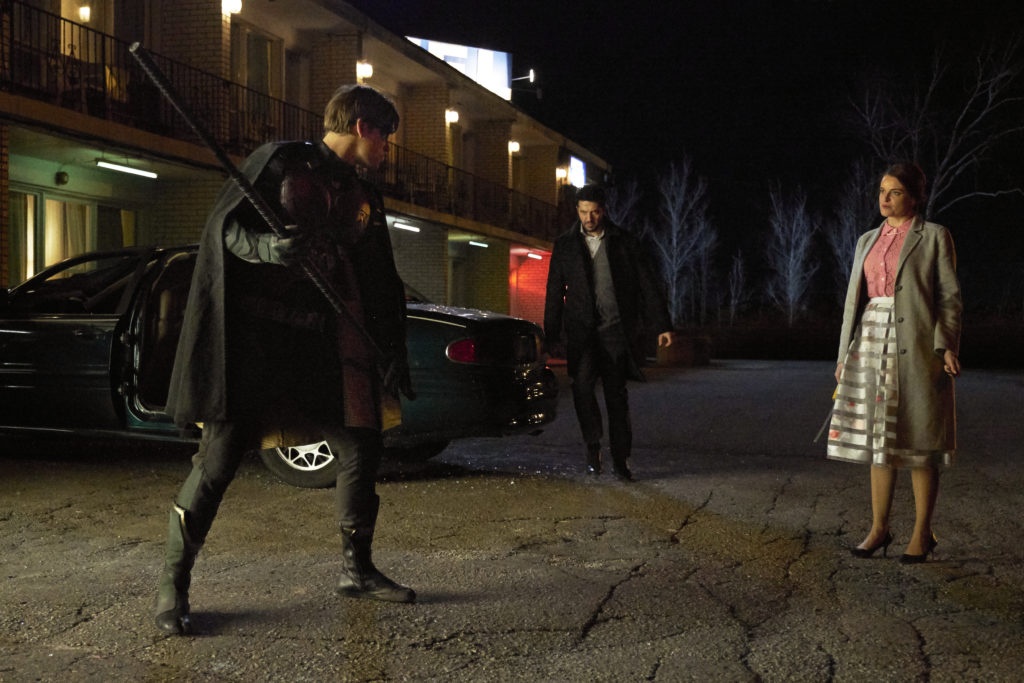 Rachel’s powers are similarly undefined besides being able to spew a substance she has some vague control over. At least Kory’s are easy to understand — she absorbs sunlight and can project it, but is diminished at night. Makes sense.

Dick isn’t so eager to reveal his abilities teasing his skill is keeping them alive. The American Psycho family gets a new father and they’re back on the hunt for Rachel.

While Rachel and Gar bond, Dick starts to open up more to Kory. Brenton Thwaites and Anna Diop have some decent chemistry and given the way the show has played out, them hooking up in Together seems about right. The writers do have Dick Grayson man whore down as the motel clerk wants to put more than mints on his pillow.

But the Psycho family has tracked them down and the rooms are getting trashed in the wrong way. Dick battles the mom and dad while Kory holds off the kids. The thing with Beast Boy is he doesn’t have to be a proficient fighter since his powers could allow him to be a distracting nuisance.

The foreshadowing of Kory’s night weakness pays off since she can’t trigger her powers. Good thing the group has one last surprise as Dick dons his Robin attire and turns the tide long enough for Tiger Gar and Rachel to risk using their powers to beat the psychos. It was brief, but we did get the Titans Together for a moment.

In a funny meta moment, Gar asks Dick if we’re going to see Batman echoing comments from Titans viewers. Not anytime this season at least.

Just to be aggravating, Dick leaves the others to chase down a new lead. We just got these guys together! Dick finds Dr. Adamson’s place and the good doctor is so annoyed with his Psycho Family, he triggers their brain bombs. Kory being upset at Dick thinking she did it was kind of funny. 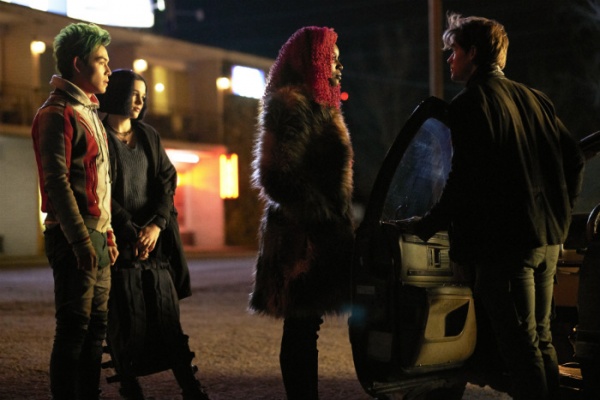 Adamson warns Dick that they’ve got a minute before others come for him. For some reason, Dick doesn’t take him seriously and seems shocked when armed security bursts in. He tries his best, but Dick can’t handle the numbers. Echoing Dick’s dramatic arrival from earlier in the episode, a smoke bomb is unleashed and a familiar masked figure knocks out the security.

‘Nice to meet you bro. I’m the new Robin.’ So now we know why Dick had to leave the Titans alone this time. It’s so he could have a one on one team-up with Jason Todd. Titans has an unusual pattern so far where we get one episode focusing on the Titans’ main plot, then another featuring side characters — Hawk & Dove, The Doom Patrol and now Jason. In the first season, we probably need more attention focused on the core Titans than expanding the universe so soon. Titans doesn’t have to launch its Arrowverse in one season.

That potential issue aside, Together was another entertaining episode of Titans featuring some solid action sequences and the first official team-up of the group.