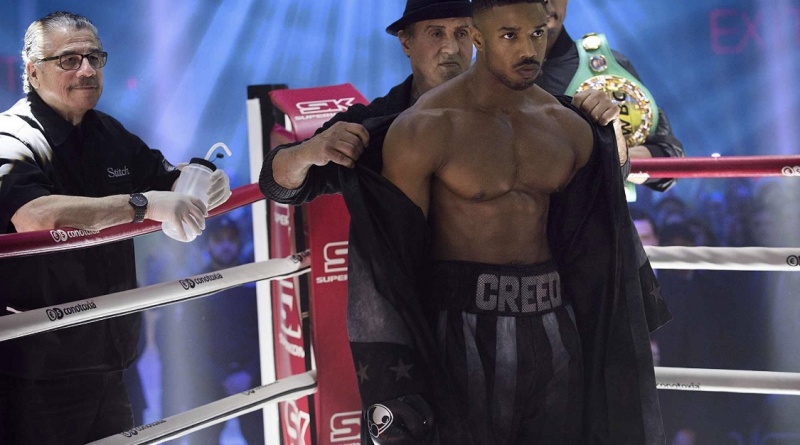 Why is Creed II a contender for one of the best sequels ever? Easy. Not only is it a superb follow-up to the breakout 2015 hit, but it’s a worthy continuation of Rocky IV. There’s not a lot of films that could so skillfully expand on two films.

Adonis Creed (Michael B. Jordan, Black Panther) has emerged as the top fighter in the standings. Under the guidance of his trainer Rocky (Sylvester Stallone), Adonis is ready for his shot at the championship. It’s time to establish his legacy outside of his late father’s footsteps. But Adonis has visions of a brighter future outside the ring as well with his girlfriend, Bianca (Tessa Thompson, Thor: Ragnarok). 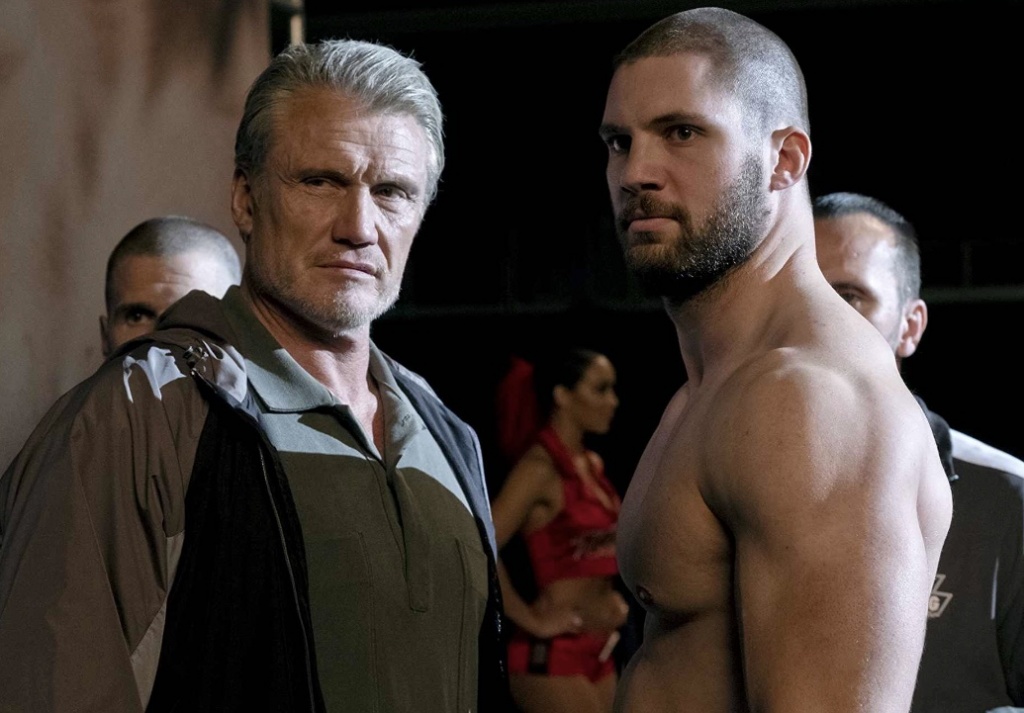 While Adonis is looking toward the future, an old score from the past is resurfacing. After his loss to Rocky, Ivan Drago (Dolph Lundgren, Arrow) has become a fallen national hero. The cheers and fanfare have long since subsided, but Drago sees potential redemption in his son, Viktor (Florian Munteanu), fighting Adonis in the generational rematch the world has been waiting on.

Still remorseful over Apollo’s death, Rocky wants no parts of the fight. Adonis has other ideas and wants payback on the family that cost him his father.

These personal stakes help Creed II from feeling like just another sequel. Stallone co-wrote the film with Luke Cage creator Cheo Hodari Coker with a script assist from Juel Taylor. The smartest thing the screenwriting team does is not retrace the rah rah USA narrative of Rocky IV, which painted the Russians as the Red Menace. This script is far more nuanced than having easy villains even with the current political climate.

Instead, the script is more balanced giving the Dragos a strong subplot. It’s so well done that despite Munteanu’s stature, Viktor actually becomes a sympathetic character. That’s a credit to both Munteanu and Lundgren’s performances. They give the Dragos a necessary degree of vulnerability to make them more than cartoon villains. And the common link between Adonis and Viktor of carrying on their fathers’ legacy connects them in the same way as Rocky and Ivan. 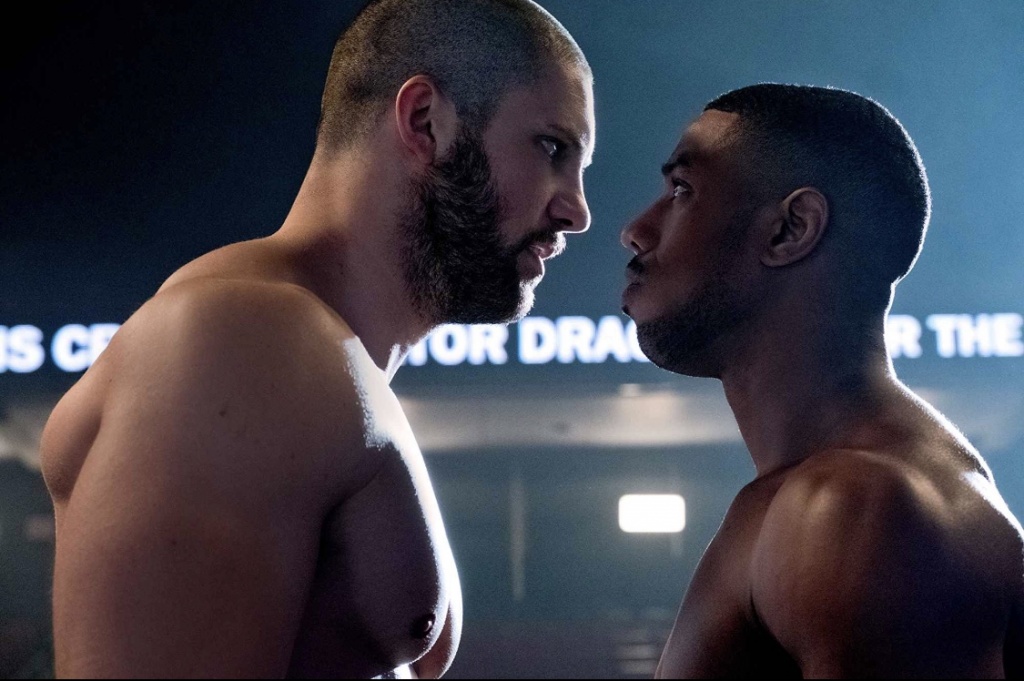 Has any actor had a better 2018 than Jordan? After Black Panther, he could have coasted and waited on award nominations to roll in. With the year wrapping up, Jordan figured he might as well throw his name in the Best Actor conversation in addition to Best Supporting Actor race.

For a fighting movie, Creed II doesn’t shortchange its female characters. Thompson’s Bianca has her own agenda and goals, which don’t get sidelined for the sake of Adonis’ story. Phylicia Rashad returns as Adonis’ mother, Mary Anne, and has some strong moments with Jordan and Thompson. Mary Anne’s story gets further fleshed out this time and Wood Harris carries the family tradition as Little Duke, the son of Rocky’s trainer, Duke.

I was more than a little worried when Creed director/co-screenwriter Ryan Coogler announced he would be taking an executive producer role for the sequel. Coogler was so essential in making Creed work in its own right besides a mere Rocky spin-off.

Thankfully, Steven Caple Jr. (The Land) is more than a worthy successor. He’s fully dialed in to the unique nature of the Creed series and firmly makes the case for future installments. 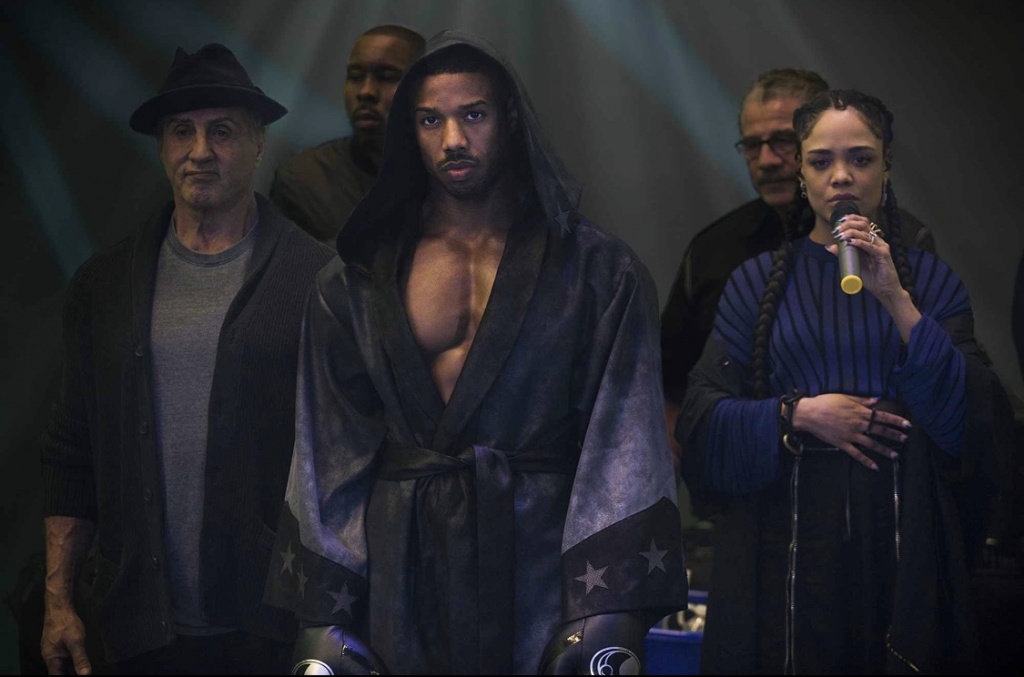 Caple juggles the responsibility of the role well. He pays homage to the Stallone’s established directorial approach on Rocky and the freshness of Coogler’s Creed while carving out his own space. Creed II sports some of the series’ best ring entrances. Caple stages the fight scenes in a more brutal fashion than we’ve seen in other installments. It helps having such a massive David and Goliath match up.

Even more so than Rocky IV, the height and weight discrepancy between the fighters is borderline unrealistic. Munteanu stands at a towering 6’4″ while Jordan is a generous 5’11”. They’re at least two different weight classes apart, which sells the brutality of the fight.

Creed II is such a supremely satisfying sequel and fans of the first one might have a new favorite. The series could realistically end with this installment and it would be a high note, but this franchise still has plenty of fight left.