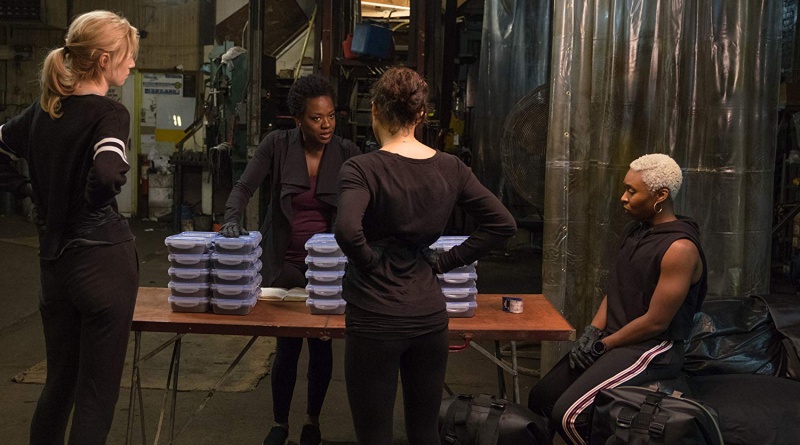 Widows is a special movie because it’s so much more than the standard heist film. It explores politics in a meaningful and contemporary fashion. It tackles race and gender issues with a stark, unapologetic tone and showcases women empowerment in a smart and sophisticated manner.

And it also happens to be one of 2018’s best films. Director/Co-screenwriter Steve McQueen makes a strong follow-up to his 2013 Oscar winner 12 Years a Slave with an effort that’s worth some serious consideration for award hardware in 2019.

Veronica (Viola Davis, Suicide Squad) has had her world rocked with the death of her husband, Harry (Liam Neeson, The Commuter). Harry was a razor-sharp thief who led a highly skilled crew (including Jon Bernthal, The Punisher and Manuel Garcia-Rulfo, The Magnificent Seven) until their last mission got them killed. Now Veronica has to come up with a find $2 million to settle Harry’s debts before some very bad people come for her.

Davis is one of those actresses who’s been so consistently great it’s easy to take her performances for granted. This is one of her most well-rounded, allowing Davis to tap into many emotions to fully convey Veronica’s arc.

Figuring the widows of Harry’s crew might be in a similar predicament, Veronica reaches out to Alice (Elizabeth Debicki, ), Linda (Michelle Rodriguez) and Amanda (Carrie Coon). Veronica’s got a plan to quickly recoup the money and set themselves up for a better future. 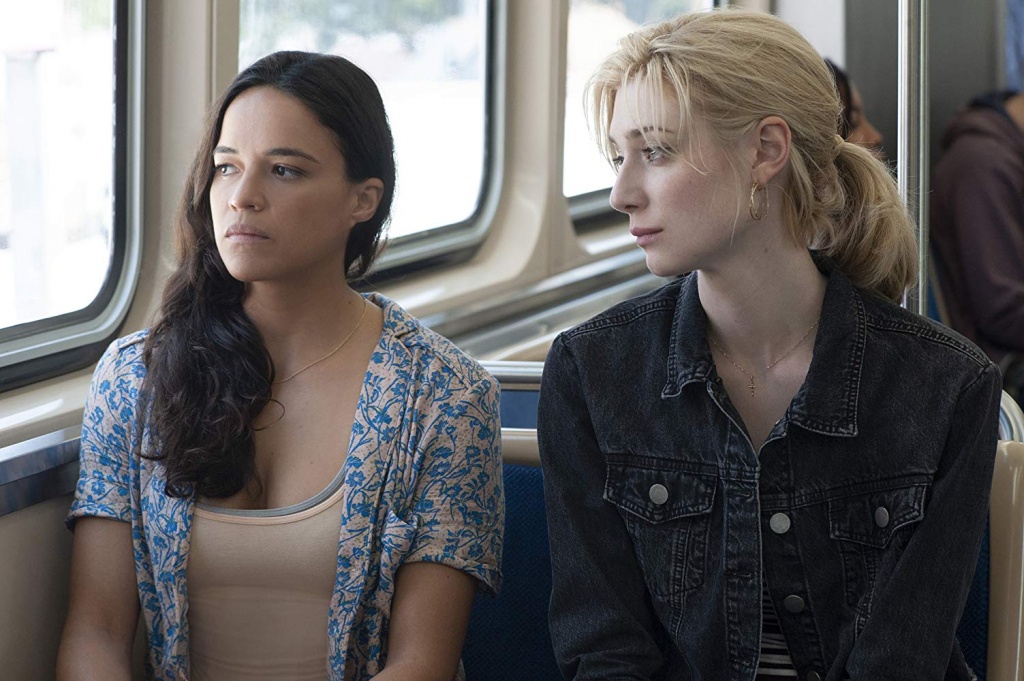 Alice and Linda are game and Linda finds an unlikely fourth member in her babysitter, Belle (Cynthia Erivo). Now Veronica has a tight deadline to whip them into an effective crew and pull a heist no one will see coming. Unlike most heist films, Veronica’s crew isn’t highly skilled. There’s no safe cracker, master of disguise, weapons expert, etc. All they’ve got to rely on is their nerve and desperation, which over time, makes them fairly efficient.

After years of physical abuse from her husband and verbal abuse from her mother, Alice takes a liking for this chance to reinvent herself. Alice’s arc is one of the most interesting as we see a woman who’s used to being cared for start to asset her own independence. There’s no triumphant montage or specific moment of liberation, but Alice learning to depend on Alice is a powerful development. Debicki (Guardians of the Galaxy Vol. 2) has always had that future star vibe and this nuanced performance finally seems like her big breakout role.

It was also nice to see Rodriguez (Fate of the Furious) playing against type and not being the group’s resident bada$$. The film has one weird moment involving Linda that doesn’t quite click as well as intended and would have been better off removed from the final cut.

Widows would have been perfectly entertaining if it just focused on Veronica’s crew and their heist. In adapting Lynda La Plante’s TV series, McQueen and co-screenwriter Gillian Flynn (Gone Girl) cover the major plot threads while making the story more contemporary with regards to race and politics. Staging the events during a heated political race in Chicago raises the stakes further. 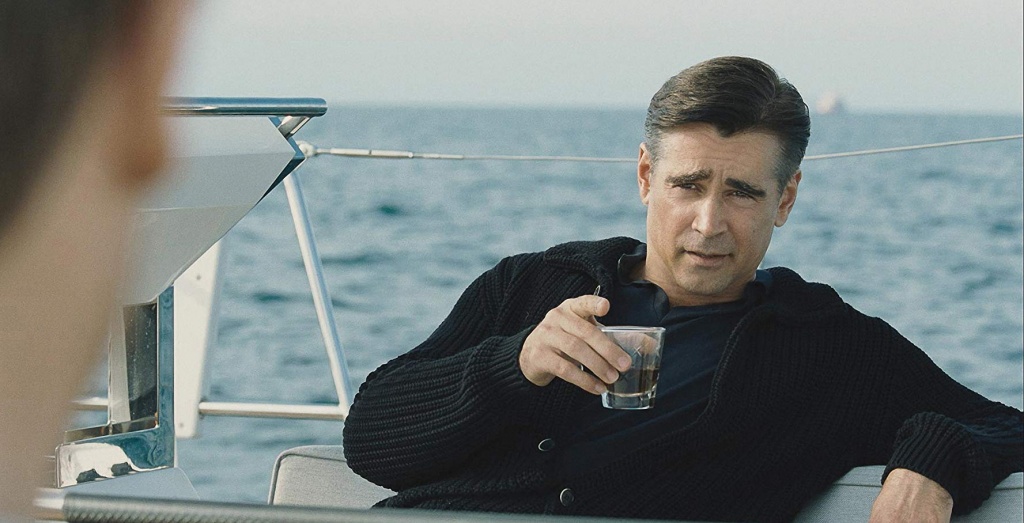 Jack Mulligan (Colin Farrell) is the presumed winner of the alderman race in his district. His family has been an institution and he’ll do what’s necessary to retain his legacy. Jack is of the dangerous mindset that he’s a good guy because he doesn’t use the same dismissive and racist attitude of his father, Tom (Robert Duvall). But just because he doesn’t liberally throw out the n-word, Jack is oblivious to his own brand of casual racism.

He sets up programs for black women to own businesses, but makes sure to get a cut and with his fellow one-percenter pals speaks in a way that would raise eyebrows among his black constituents. Farrell plays Jack with just enough uncertainty that it’s never quite clear if he is aware of his actions.

Jack’s challenger, Jamal Manning (Brian Tyree Henry, Hotel Artemis), is another kind of criminal. As a gang banger who ran the block with his vicious brother, Jatemme (Daniel Kaluuya, Black Panther), Jamal sees the position as a way to legitimize his activities while still getting paid. 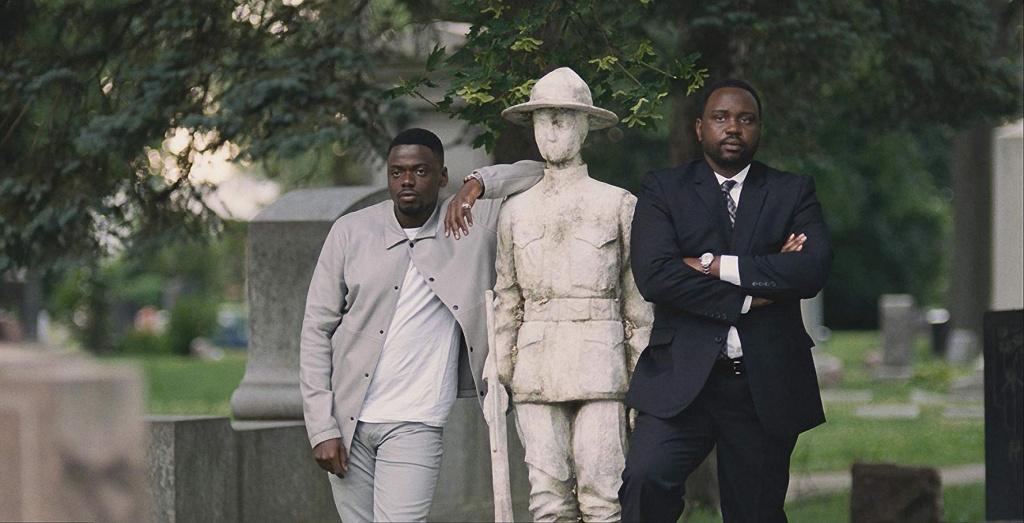 McQueen crafts a movie with echoes of Heat, Set It Off, The Italian Job and The Usual Suspects. There’s just enough humor to keep the film from getting too serious and his slow reveal of pivotal character moment allows for some unexpected twists in the second act.

There’s some intended moments of uneasiness throughout from the close-ups of Veronica and Harry rarely breaking physical contact in bed to the polite dismissive nature of Alice’s new friend (Lukas Haas) and the circling angles when Jamal and Jatemme corner their prey. It’s gripping work, which is indicative of the film as a whole.

Early on, Veronica assures her crew that a successful mission won’t lead to any reunions, perhaps a subtle dig at the need to franchise every worthwhile movie. For a chance to see this cast in action again, a sequel would be a blast, but this is the kind of the film who’s impact would be diminished with future installments. 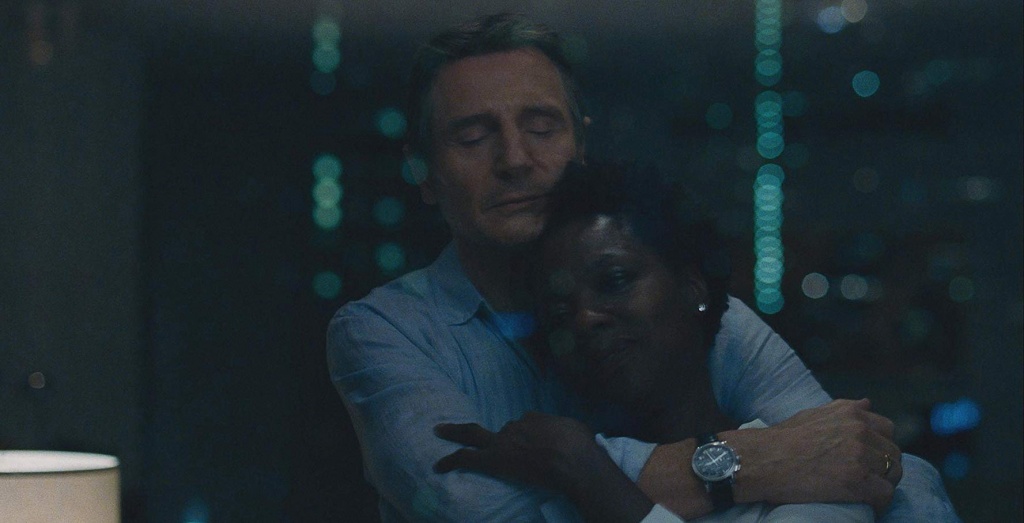 Hopefully, Widows will be the blueprint for more studios who want to make smart, thrilling and entertaining films fronted by women.