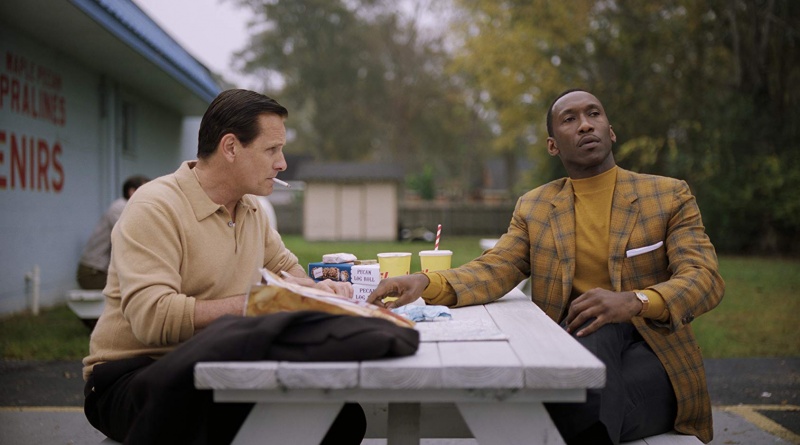 Green Book is more than just the male version of Driving Miss Daisy. It seems destined to walk off with some Oscar hardware, but it also hits the right feel good moments despite a potentially treacherous premise.

Acclaimed pianist Don Shirley (Mahershala Ali, Hidden Figures) needs a driver/bodyguard to accompany him on his concert tour in the Deep South in the 1960s. On the surface, Tony Lip (Viggo Mortensen) seems like a terrible choice. Tony isn’t the most progressive person in his neighborhood. He casually tosses out racial slurs and is leery of black repairmen fixing things in his house.

But the thought of being able to better provide for his wife, Dolores (Linda Cardellini, Avengers: Age of Ultron), and children is too great an opportunity. Tony might not like Don and have a general disdain of black people, but he will take Don’s money. 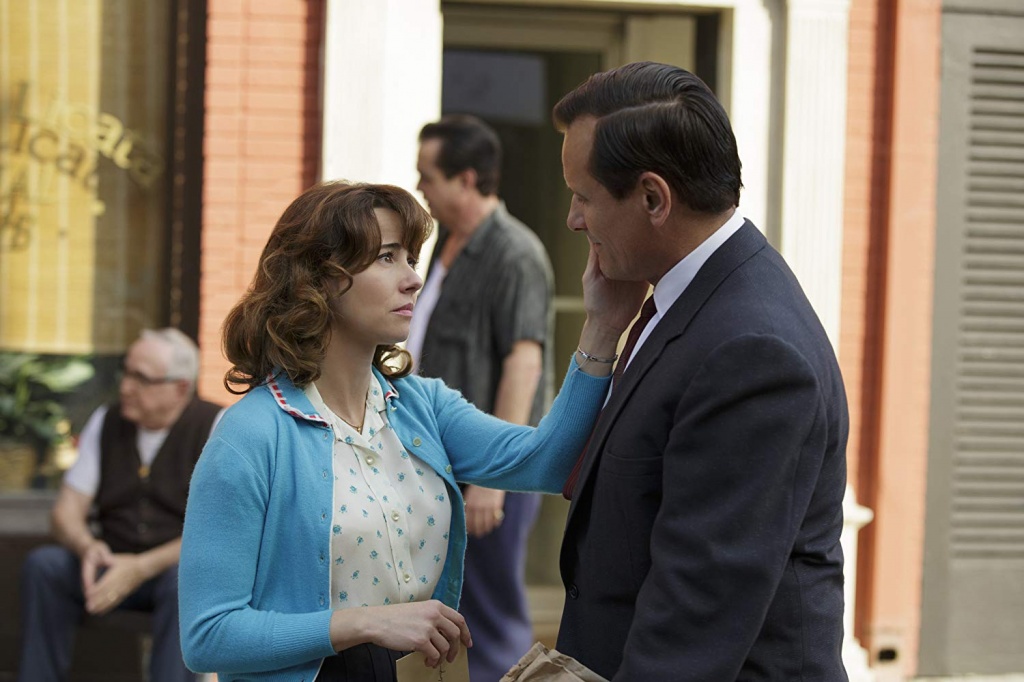 Using the green book, a travel guide for blacks during the 60s to locate safe spots and locations to avoid, the two make their way down South. Through the tour, both Don and Tony learn to appreciate the other. Don is initially barely able to contain his disdain for Tony’s boorish behavior, but eventually warms up to him. Tony manages to come off as well-meaning despite his ignorance in statements like assuming all black people listen to Little Richard and eat the same food.

One scene that’s gotten a lot of attention from critics features Tony ‘teaching’ Don how to eat fried chicken. In a trailer snapshot, the scene comes off as a little tone deaf, but it plays much better in the film thanks to Ali’s exaggerated mannerisms to show Don not wanting to get his hands dirty.

Screenwriters Nick Vallelonga, Brian Hayes Currie and director Peter Farrelly avoid being too direct with their statements and allow the audience to make their own conclusions.

The film condenses the more than a year tour to two months making for a highlight reel of Tony and Don’s exploits. This leads to some hurried moments such as an incident in a YMCA pool.

Farrelly avoids staging Magical Negro or White Savior moments. Don doesn’t magically open Tony’s eyes to racism and Tony doesn’t have to help Don in becoming a complete person. There’s a nice give and take dynamic on that front as Don calmly expresses his distaste for racial policies in the South while Tony takes a more aggressive approach.

At times it’s clear the film was co-written by Tony’s son, Nick. Not so much from a perspective that Tony gets the hero treatment, but the narrative is somewhat one-sided. Farrelly frequently shows Don in quiet moments of solitude, but he’s treated more like an inaccessible, mythical figure.

In many ways, Green Book reminded me of the Queen biopic, Bohemian Rhapsody. Two of the active remaining members served as executive producers and their influence was obvious. Green Book doesn’t feature as many creative licenses with the true story, but the film could have been even stronger with more of a 50/50 balance of Tony and Don’s life. 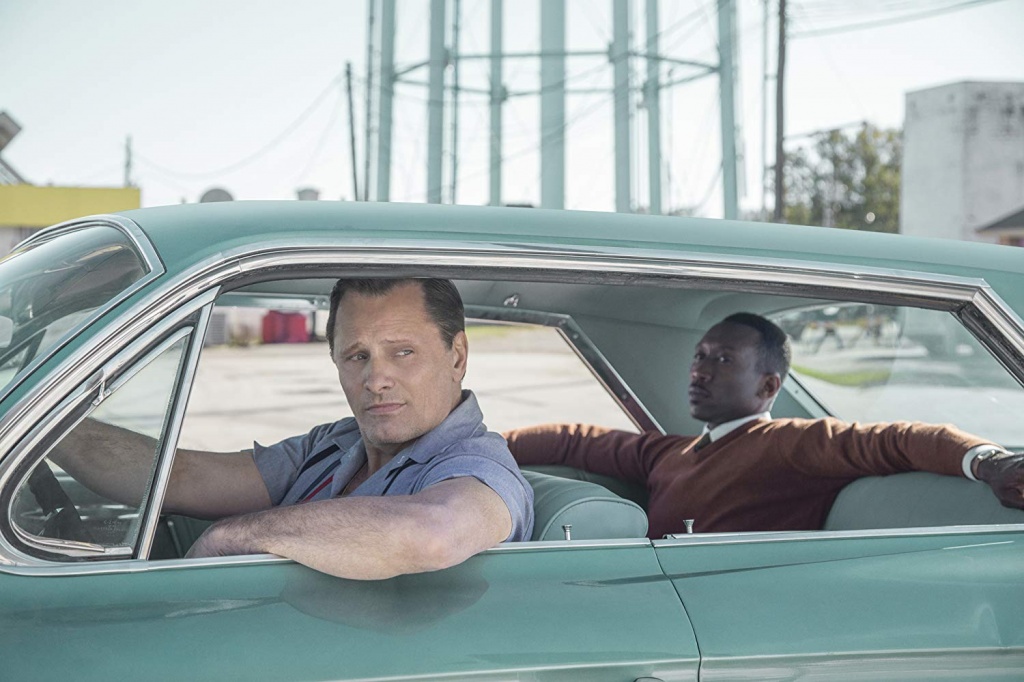 There’s several occasions where I wished the script allowed for a deeper dive into Don’s thoughts. One of the film’s best scenes features Don voicing his frustration at being stuck between two worlds. It’s the rare moment where Don lets his guard down and Ali delivers it spectacularly. Had Don been the focus, devoting more time to his views with racism would be warranted.

Green Book is really the tale of how one guy with a shallow, ignorant mindset changes. And what do you know? With a better perspective, Tony finds himself a lot more tolerant. It’s not cinematic calculus, but the formula works for a reason. Moviegoers want to be hopeful that things like racism can eventually be overcome.

Ali has already earned a Best Supporting Actor Oscar for Moonlight. While I still think this award is Michael B. Jordan’s to lose, Ali could be a safe bet if voters don’t want to acknowledge the comic book film Black Panther. It’s the little things Ali does that make this such a tremendous performance. From his stiff stance to full enunciation of words, Ali plays Don like royalty.

Mortensen likewise should find himself deep in the best actor conversation this award season. Through his career Mortensen has tended to stick to less showy, over the top roles. Tony provides a lot of the film’s laughs thanks to his nonchalant attitude and occasional naive demeanor. Mortensen’s take on Tony isn’t a caricature and is loaded with subtle nuances. We can see the moment when Tony’s temper is about to go off, but Mortensen makes him equally charming. In a well-meaning, big lug kind of way.

Green Book doesn’t shy away from the racism of the 60s, but doesn’t try to fix it with essentially a buddy comedy/drama.  It’s a reach asking for a feel good movie to solve race relations. Honestly, if we’re looking for a film to fix our current divisive mess, we’re in much worse shape than we probably want to admit.