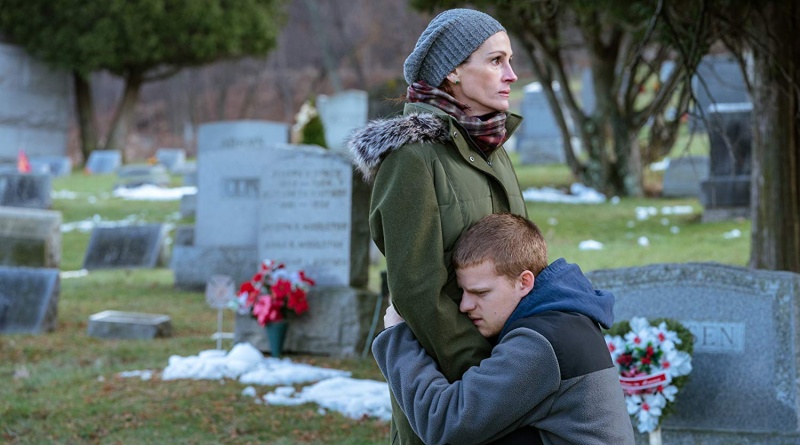 Ben Is Back boasts two award buzz worthy performances, a thoughtful premise, authentic script and confident directing. It’s got all the boxes checked for a bonafide Oscar contender, but an uneven second act prevents it from being one of 2018’s best.

Ben (Lucas Hedges, Manchester by the Sea) returns from a stint in rehab, much to the surprise of his mother Holly (Julia Roberts).

Holly’s excitement about Ben’s surprise visit is not exactly shared by her daughter Ivy (Kathryn Newton) and second husband Neal (Courtney B. Vance). Ivy and Neal are both guarded over the last few Christmases that Ben ruined.

Ben has earned their apprehension, but from all accounts, he’s really trying to get his life back on track.
It becomes clear that Holly is the enabling force that’s constantly given Ben chance after chance.

Director/Screenwriter Peter Hedges (Lucas’ father) raises the question if a mother’s unwavering love can overcome her son’s demons without being consumed. 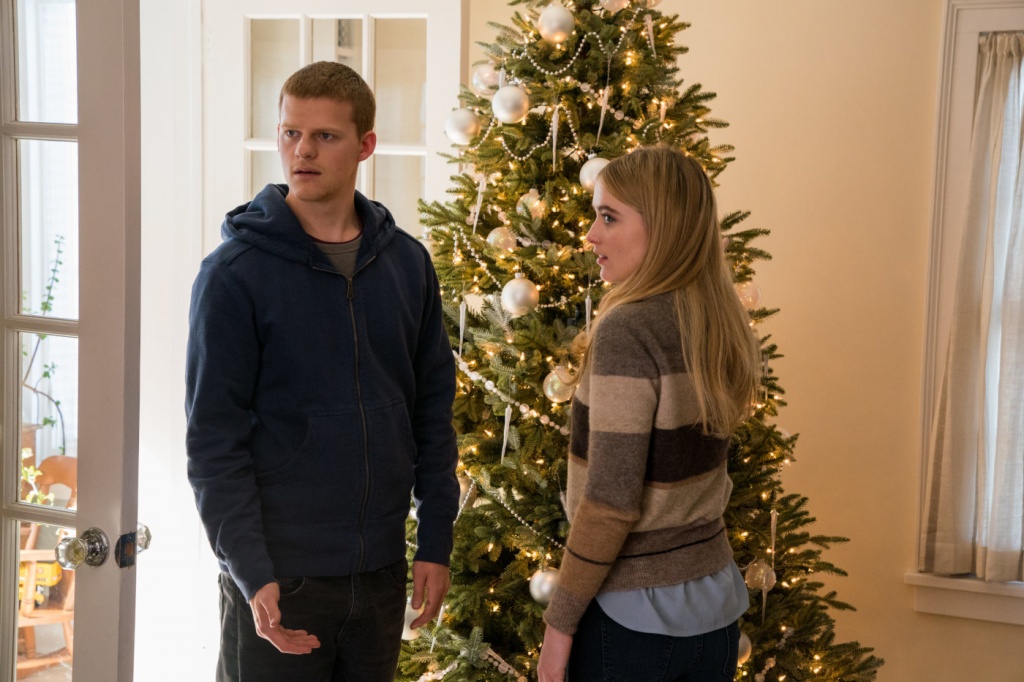 Roberts is in excellent form with her signature dazzling smile lighting up as Holly offers an over exaggerated laugh at Ben’s stories or plays with his siblings. Roberts conveys Holly’s hope that this time will be different and skillfully shows the gradual cracks in her demeanor as the visit takes a turn for the worst.

While Ben is truly and fully aware of his addiction it’s Holly’s that is the most fascinating. Unlike her other three children, Ben isn’t an easy fix, but she’s obsessed with loving him harder as if that will protect him from himself. When another mother advises Holly to hold onto Ben tight, you believe Holly really won’t let go.

It was refreshing to see a more diverse cast and Peter Hedges’ script actually acknowledge how different Ben’s situation would be if he were black.

Vance and Newton provide strong supporting performances as their characters become torn between Ben and Holly.

It’s in the second half that the film becomes progressively problematic. Something of great sentimental value is taken from the family prompting Ben and Holly to go on a late night search revisiting some of his old haunts and bad memories. Initially this leads to some overdue and tough conversations, which provide some terrific moments from Roberts and Lucas Hedges.

But Peter Hedges starts taking the plot to increasingly harder to believe levels. Holly behaves in a manner that is so delusional she stops becoming sympathetic and is more frustrating.

As she goes further into the delusion Holly embodies Ben with lies on top of lies.

Maybe that’s the reality of the situation in some cases, but Peter Hedges justifies Holly’s actions far too much on the basis that it’s somehow OK since she’s doing them for Ben’s sake.

Ben has to face the music repeatedly for his actions, but Holly never truly gets that moment to atone for her actions. 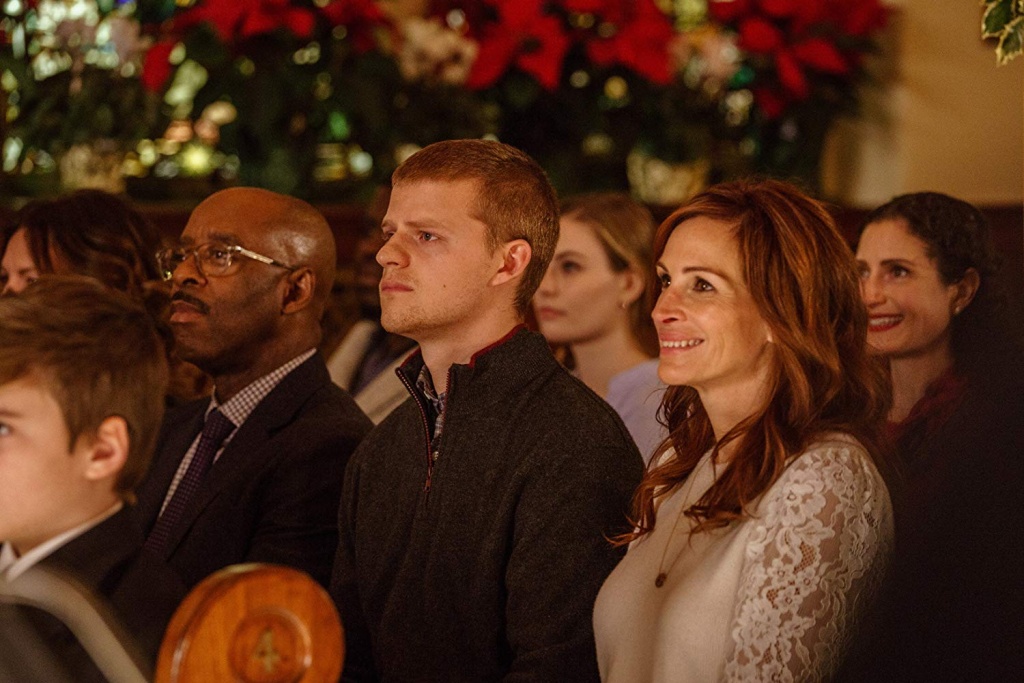 With a second act as strong as the first half, Ben Is Back would have easily earned a spot in my favorite films of the year list. Much like Ben and Holly, the film loses its way and never fully recovers.