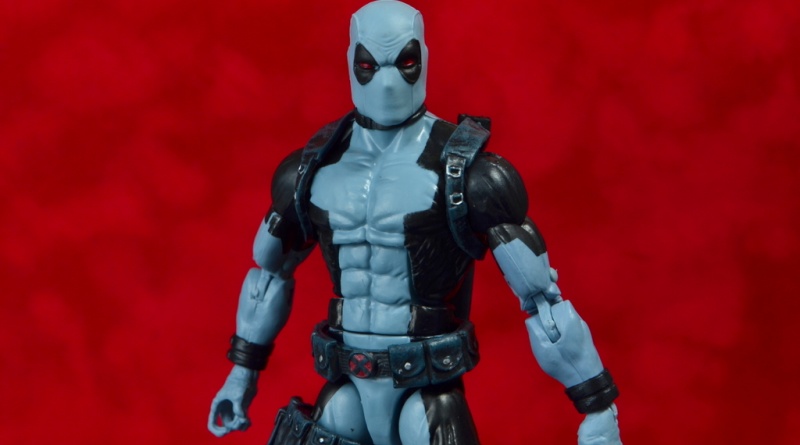 To complete the Build A Figure Sasquatch wave, collectors had to get two Deadpools this wave. Even in a Deadpool wave that’s not ideal, but at least these two are useful. And you only needed to get the X-Force Deadpool if you were just interested in the BAF. Such is life for the non-Marvel Studios blockbuster star.

Packaging:  X-23 is included in the Deadpool Build A Sasquatch wave. It’s basically another X-Men wave with a slightly lighter red color scheme to differentiate it from the Spider-Man wave colors. 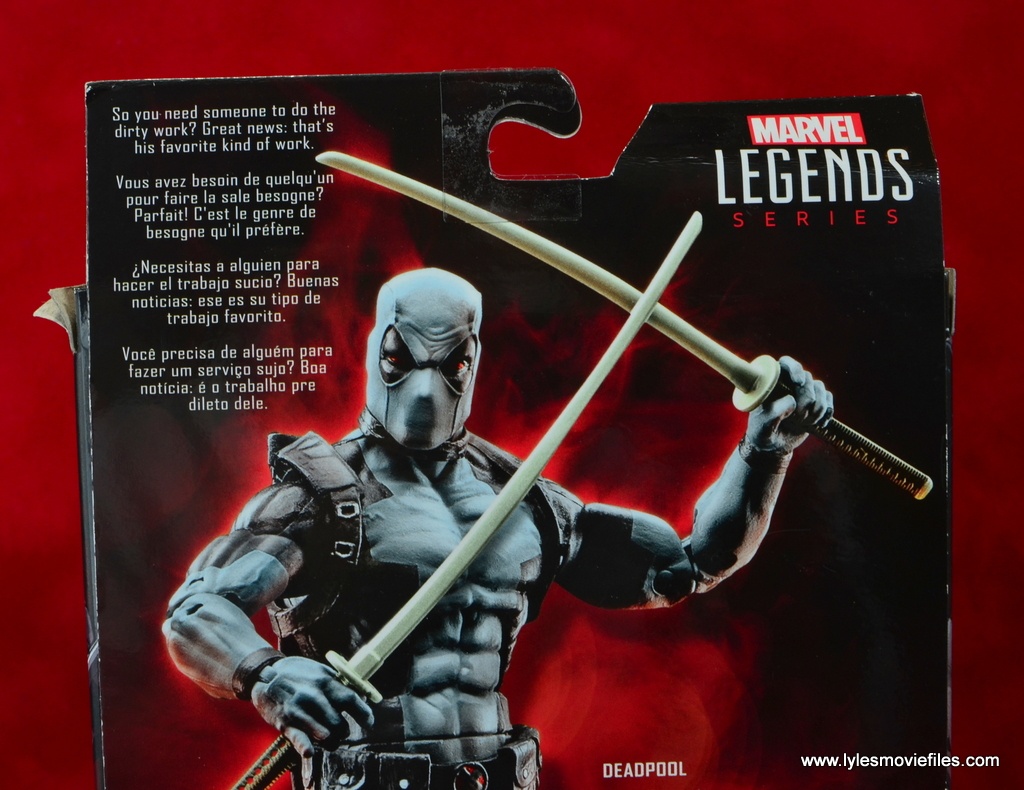 The side portrait is much darker as well, which fits this look for the character. The bio does a great job summarizing X-23, but one more sentence explaining her role with X-Force would be even better.

Likeness:  This is a Deadpool hybrid as it features the top half of the BAF Juggernaut Deadpool and the lower half of the Liefeld version. I actually don’t mind that as it makes the X-Force version different and not just a repaint of the other figures. 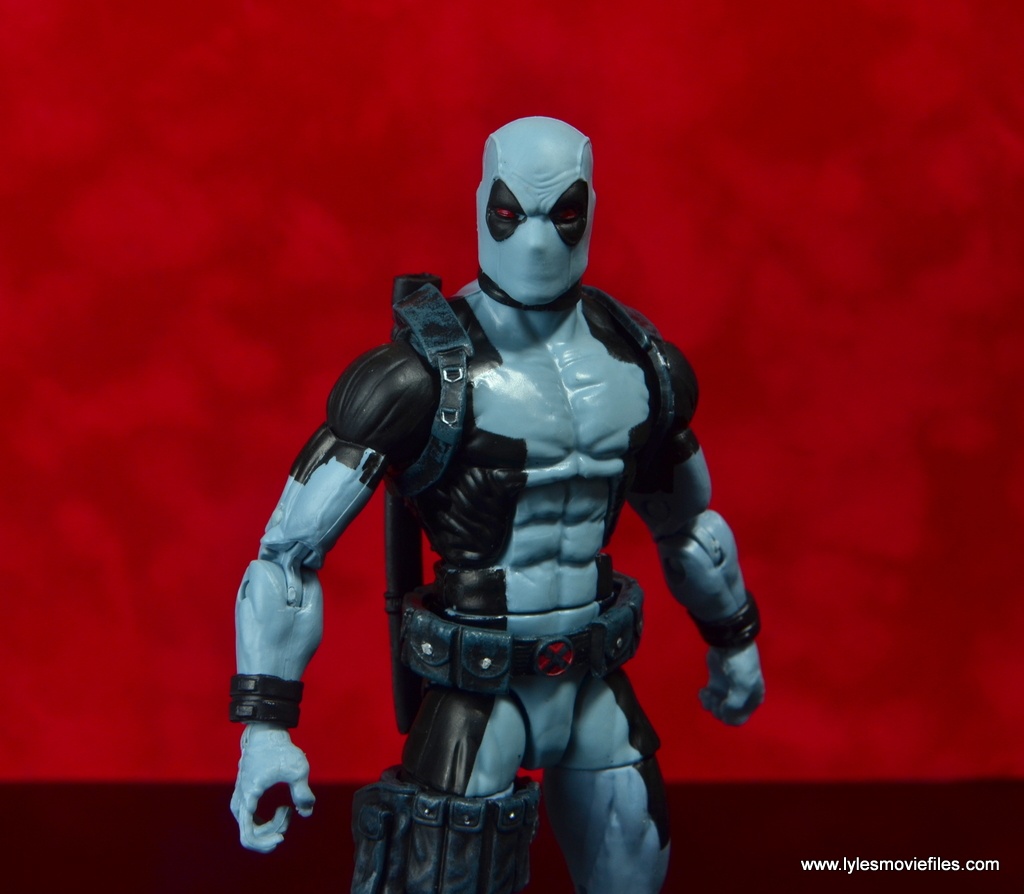 The detailed sculpted mask makes more sense for the X-Force Deadpool with the visible seam lines and expressive head sculpt. You can see the furrowed brow and Deadpool’s mouth for that added touch of realism. 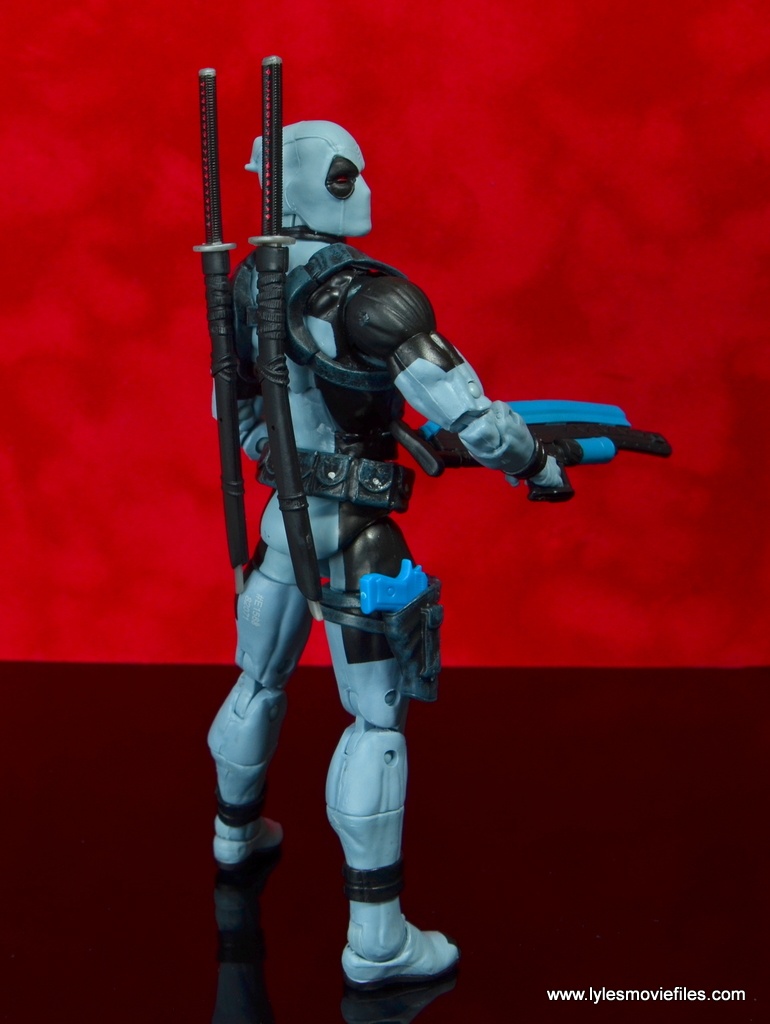 X-Force Deadpool is loaded up with a fair amount of gear — all of it reused from the other two figures. He’s got the harness from the Juggernaut version and the belt, thigh and ankle strap from the Liefeld figure. 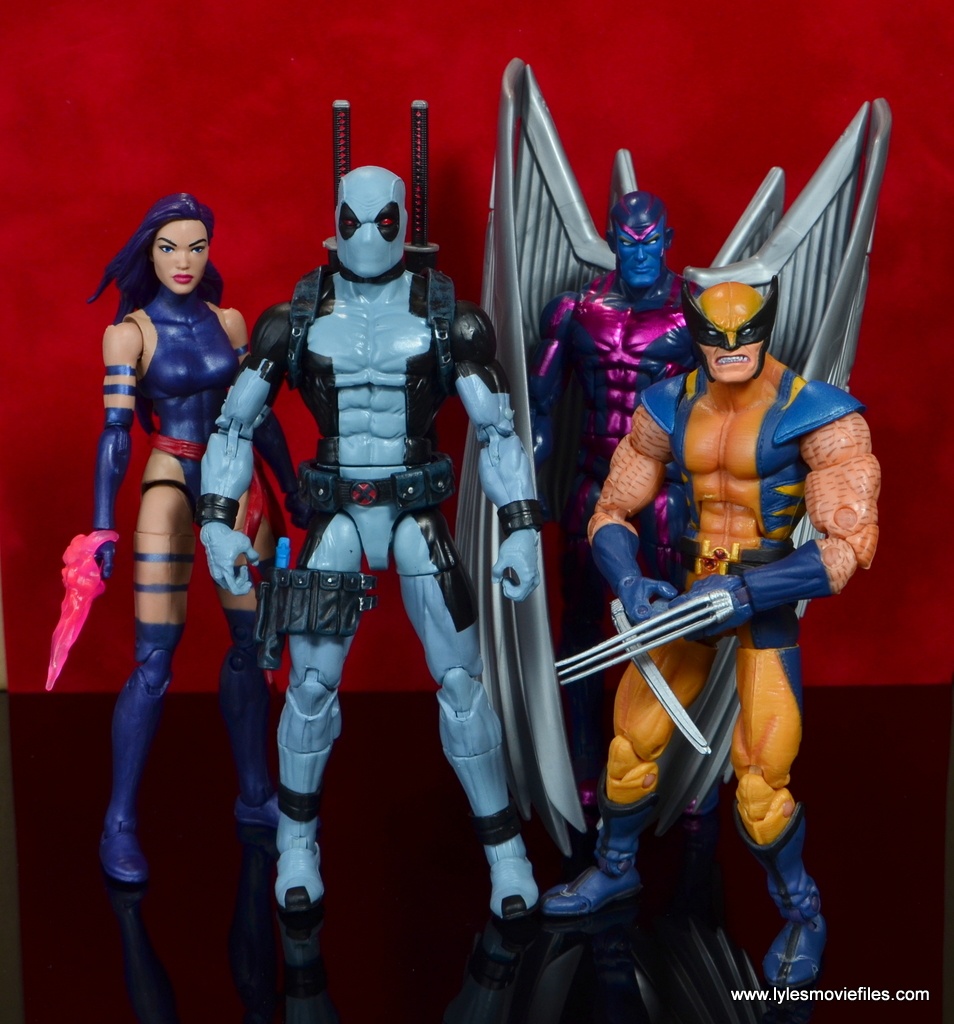 Scale:  The figure is just slightly shorter than the BAF Juggernaut one, which can definitely be attributed to the boots. This kind of scale discrepancy isn’t an issue as boots would make the first one taller. 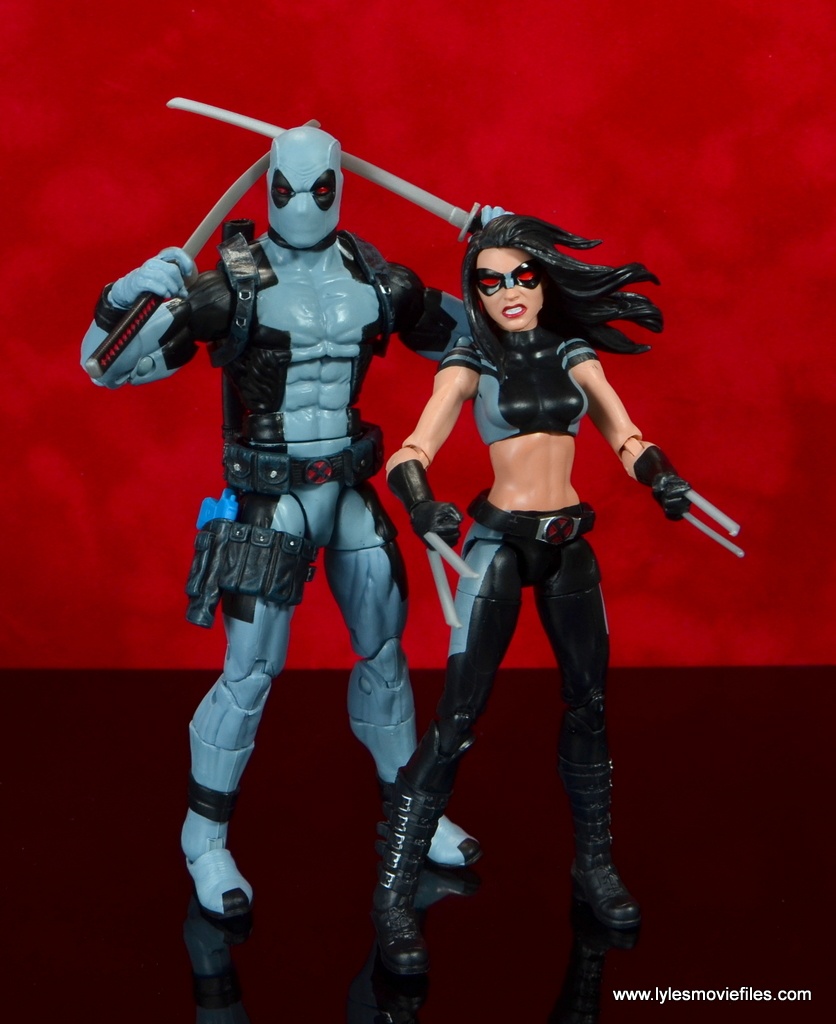 Paint:  I really like the X-Force colors. Hasbro used a subtle blue tint and it pops nicely. The linework here is a little sloppy especially around the right arm. 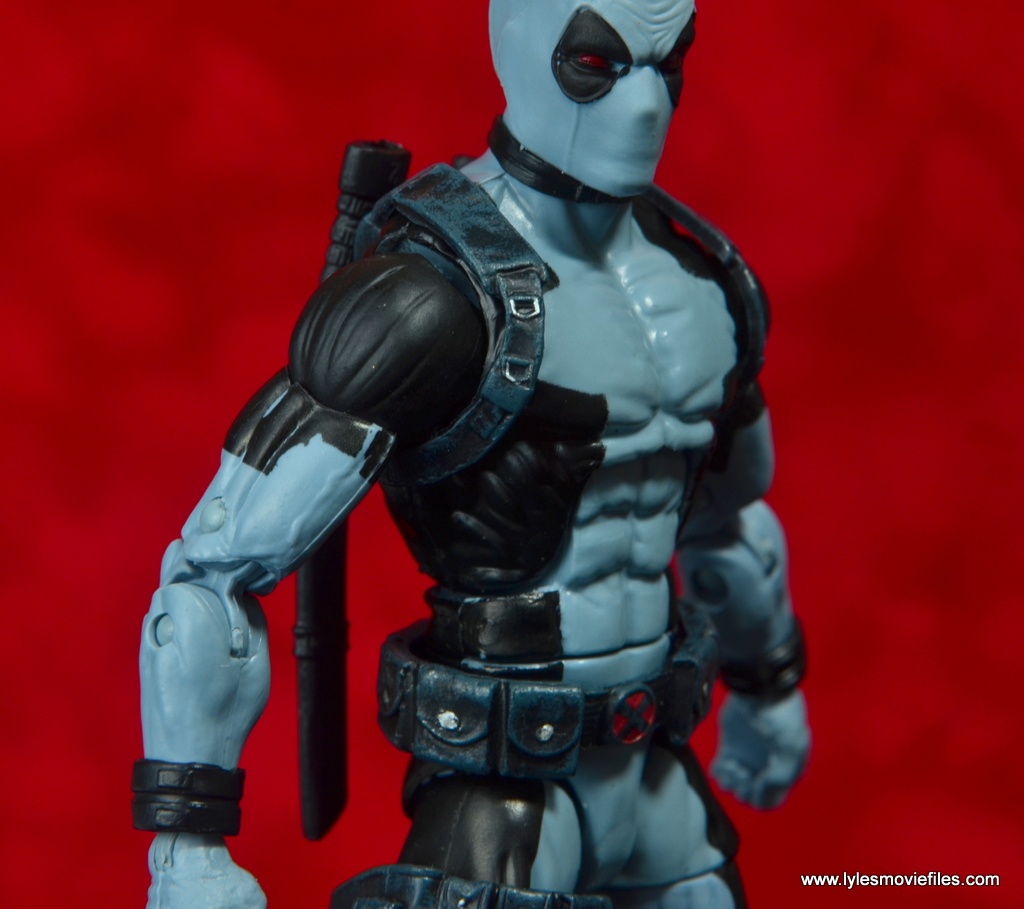 I love that Hasbro added a wash to the pouches and straps. It really brings the detail out.

While they were on separate teams, it’s nice to see the shade of grey on X-Force Deadpool matches up to X-23. 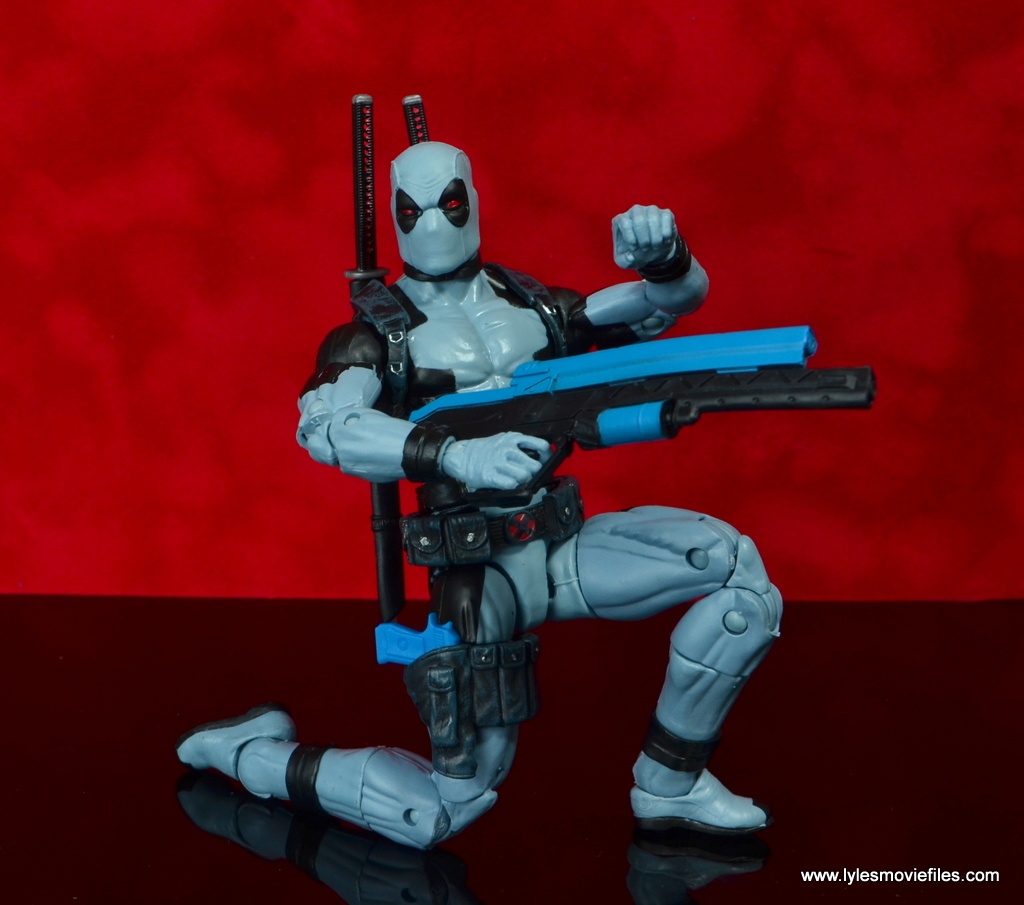 Articulation: X-Force Deadpool uses the Bucky Cap torso mold so you kind of know what to expect — smooth articulation with a little need for delicate care around the shoulders. The legs move without any hang-ups and this is proved to be a very fun figure to pose. 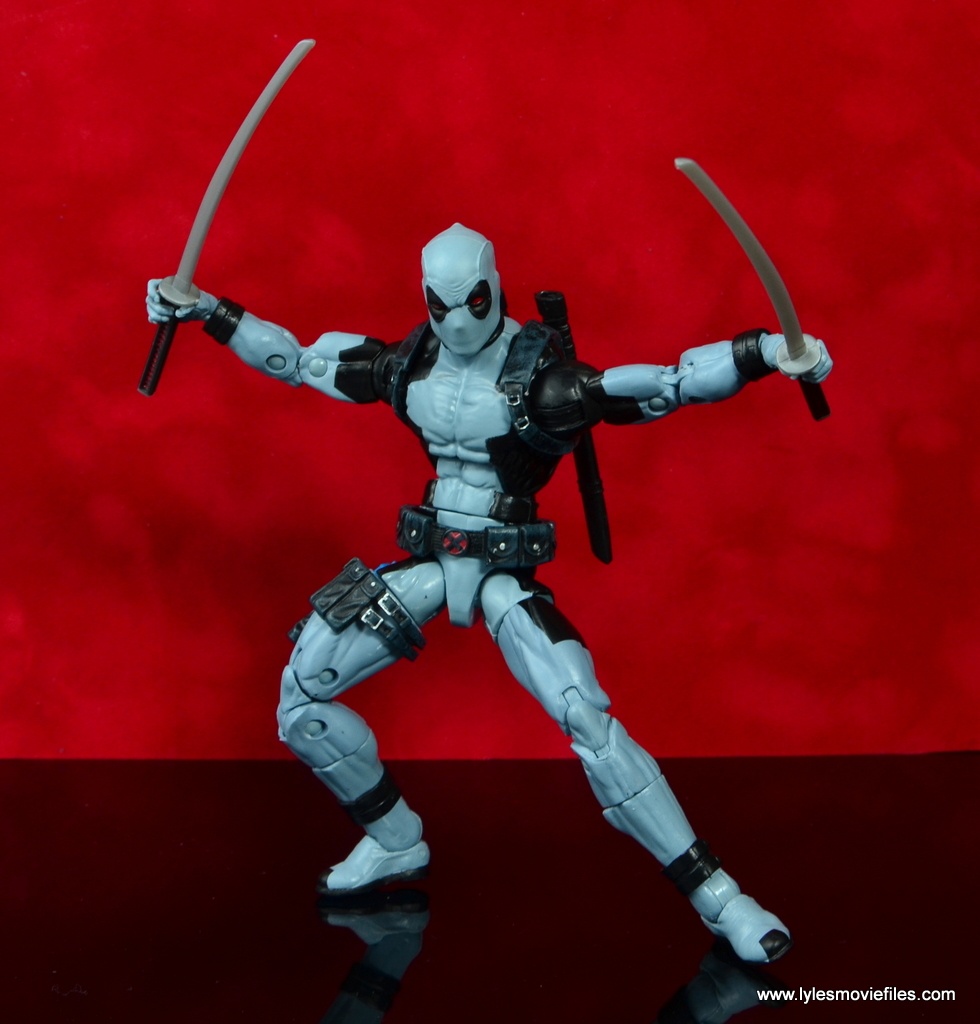 Accessories:  Deadpool has a nice array of accessories. He’s got the reused katanas from the Liefeld Deadpool. I wish they also had a grey blue color scheme, but it’s OK. 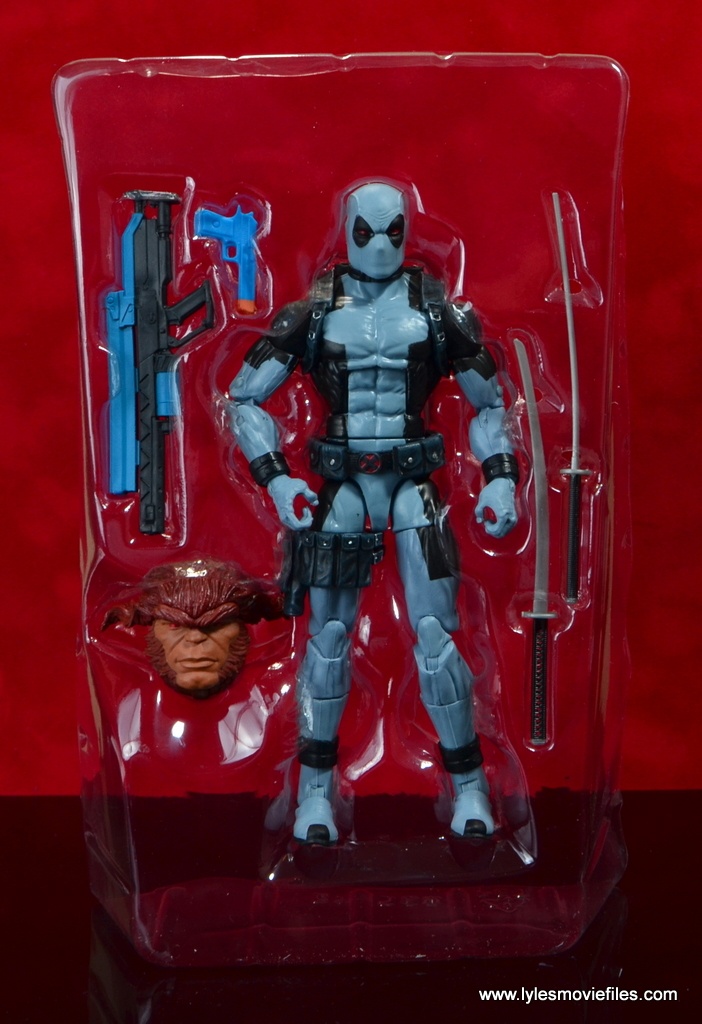 He’s also got the pistol and blaster reused from the Juggernaut Deadpool. This time they’re in more obnoxious day-glo colors, which works for Deadpool, but no one else. Best of all, Deadpool can hold all of his weapons thanks to a workable holster and sheathes. 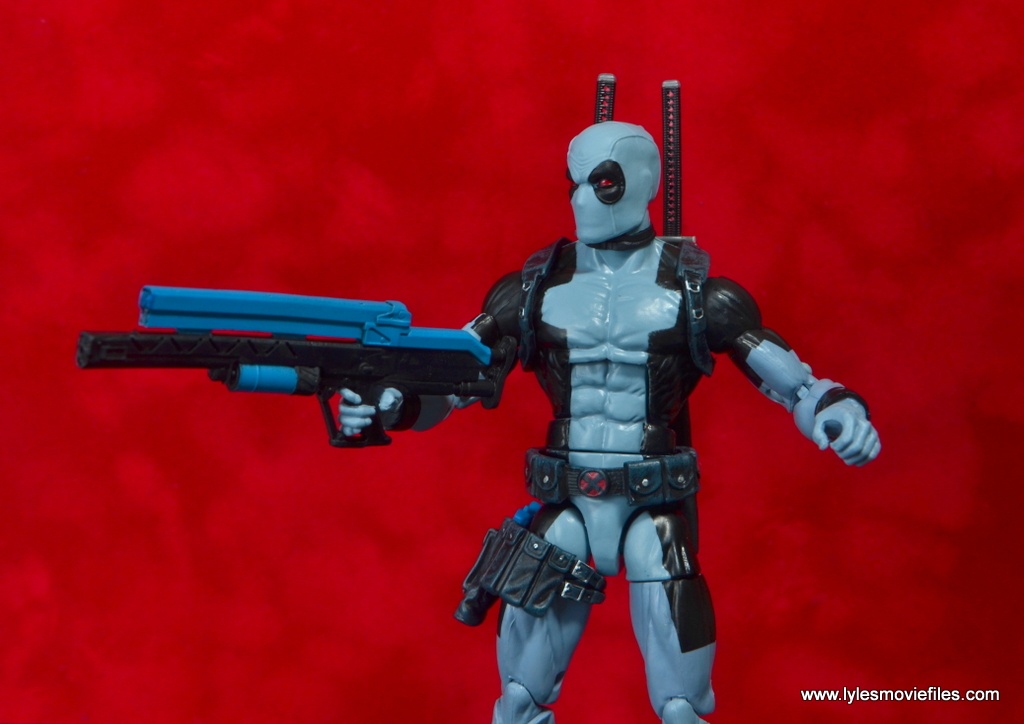 Finally, he comes with the head for the BAF Sasquatch. 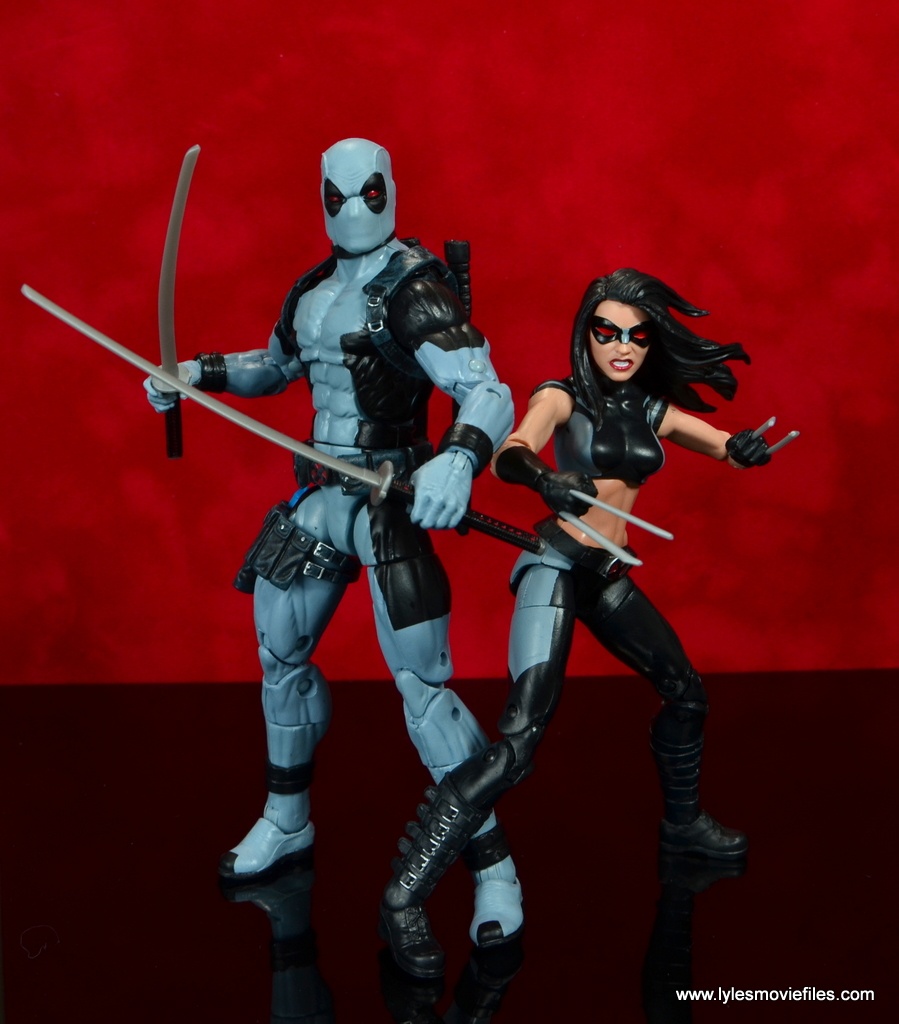 Worth it?  X-Force Deadpool is hovering around the $13 to $15 range. That’s a great price for such a surprisingly great figure.

I really wasn’t expecting to like this figure so much, but like X-23, this proved to be a stealthy hit for me. 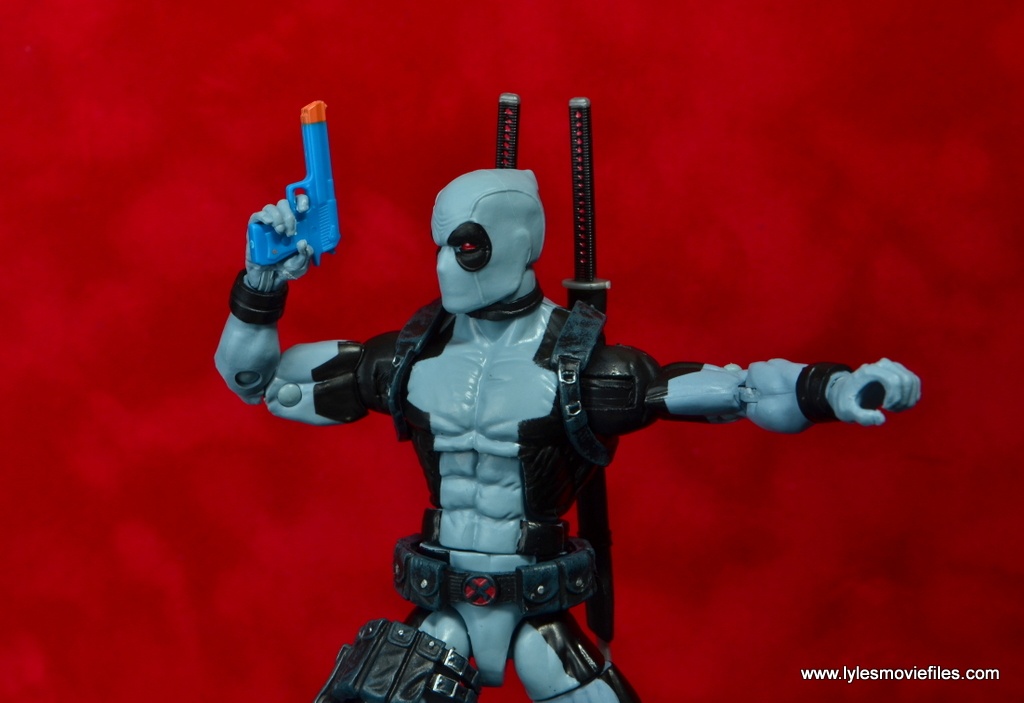 Where to get it?  Go forth to Amazon, which has X-Force Deadpool for $15.