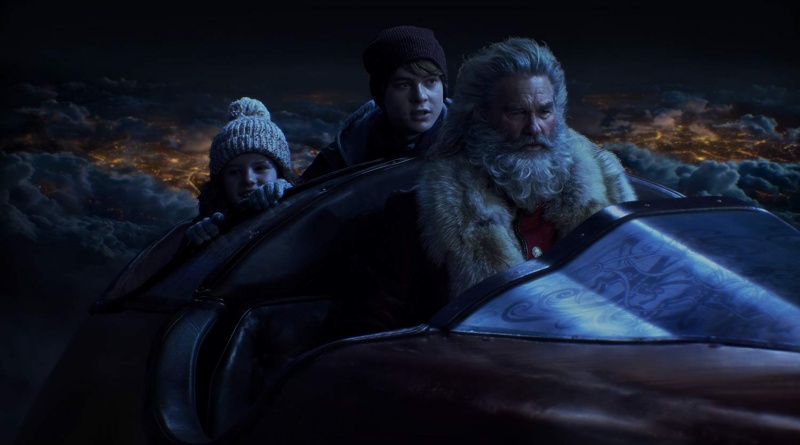 The Christmas Chronicles is something of a minor holiday miracle. It’s a funny, highly entertaining and emotional Christmas film that feels every bit as heartfelt and touching as the classics.

If this were released in theaters instead of debuting on Netflix it would easily be the runaway smash hit at the box office. There’s a lot of worthwhile offerings on Netflix this season, but The Christmas Chronicles will likely be the one that gets replayed in your home the most this year.

The Pierce family loves Christmas. It’s been a big event for Doug (Oliver Hudson) and Claire (Kimberly Williams-Paisley) since they started their family. Each year they’ve documented the big day and celebrated it like a commercial. But this year is different after Doug, a firefighter, died helping to rescue a family. 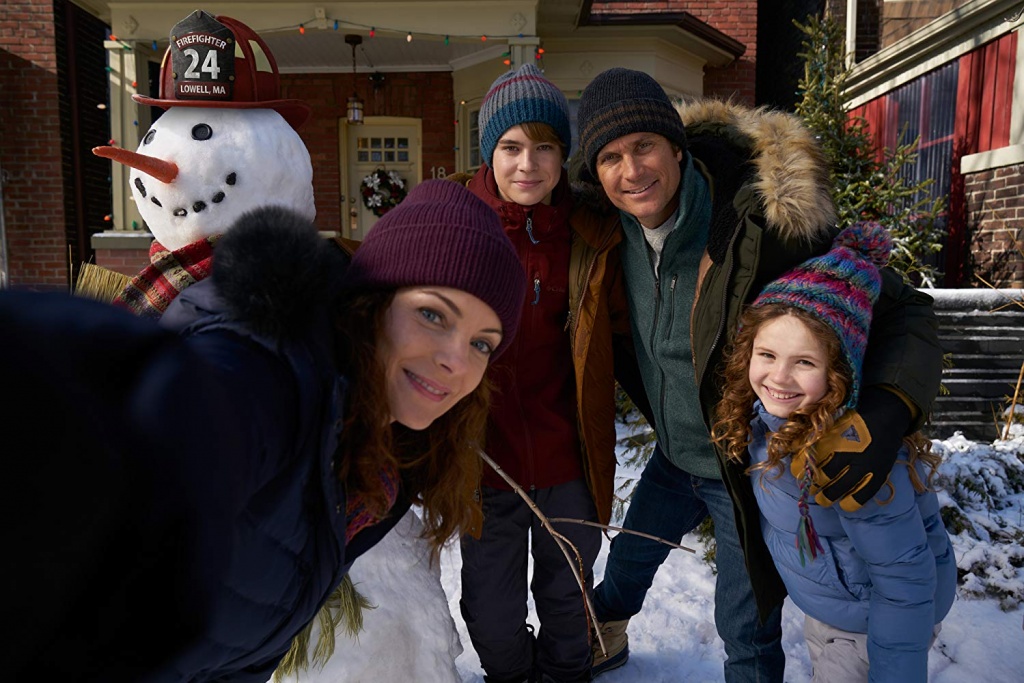 Teenager Teddy (Judah Lewis) is predictably lashing out and falling in with the bad crowd. His younger sister, Kate (Darby Camp), has still maintained her chipper and cute demeanor. Kate is still overflowing with the Christmas spirit and reminiscences on Christmases past with the family videotape collection. Camp is every bit as precocious and adorable as the role requires. More impressively, she pulls it off without being that annoyingly perfect kid.

Darby and Lewis have a solid sibling dynamic making it easy to invest in Teddy and Kate to get back on the same page.

Kate spots something in an old video and is positive she caught Santa in the act. Convincing Teddy to go along, Kate plans to record Santa making his stop at the Pierce household. Not having the heart to break the truth to Kate despite their near constant squabbling, Teddy plays along. But it’s Teddy who’s in for the biggest shock when they hear footsteps on the roof.

Recognizing the opportunity, Kate hitches a ride on Santa’s sleigh and Teddy reluctantly follows her. Their sudden appearance startles Santa Claus (Kurt Russell, Guardians of the Galaxy Vol. 2), who loses control of the sleigh and his reindeer fly off.

Matt Liberman’s script is fun and just grounded enough not to get too corny. The latter is where most of the modern Christmas films stumble. The Christmas Chronicles adds just the right amount of cynicism from its eclectic and diverse cast. 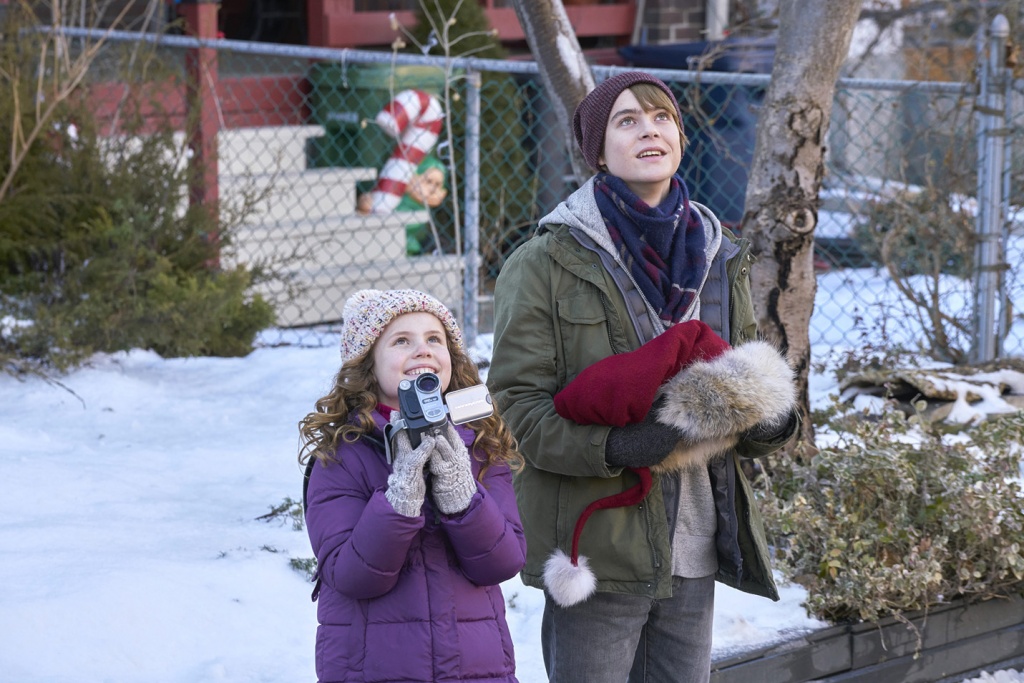 Christmas Chronicles would not work without Russell’s willingness to fully embrace the role. There’s a giddiness in hearing his Santa complain about his portrayal as a fat guy. It’s a running joke and the personal way Russell’s Santa gets so offended keeps it entertaining. Another busted myth is Santa’s catchphrase. This Saint Nick won’t be rubbing his belly while laughing out a hearty ho ho ho.

But for some of his irritation over his legend, Santa is every bit a warm and good-natured guy. Some of the film’s best moments feature Santa casually walking up to people and rattling off their Christmas wish lists and their naughty and nice status. Russell’s exuberance and earnestness makes scenes that shouldn’t work — a jailhouse rock performance — hilarious.

Director Clay Katis keeps the fun rolling despite a middle sequence where Santa is separated from Teddy and Kate. Just for good measure, the film adds some CGI scene stealing elves to add another element to the film’s second half. The elves reflect the obvious high production and budget put into the film. Netflix recognized this was a winner and made sure it wasn’t going to be undercut with some lousy special effects. 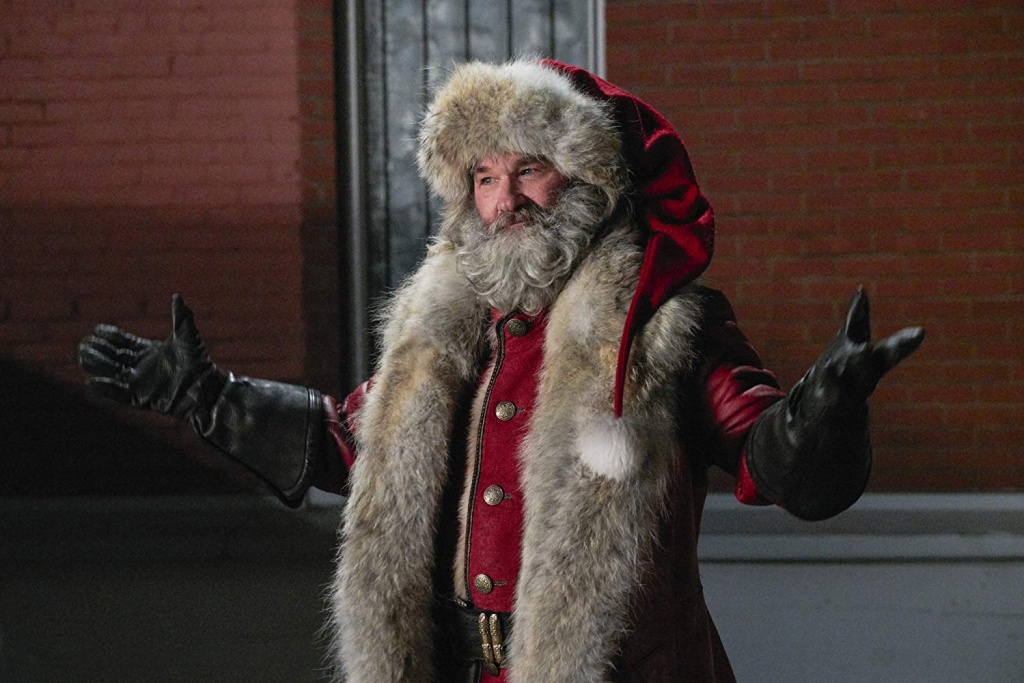 The Christmas Chronicles probably deserves more than just one watch this season thanks to Russell’s terrific performance, which is the present we didn’t know how much we needed all year.