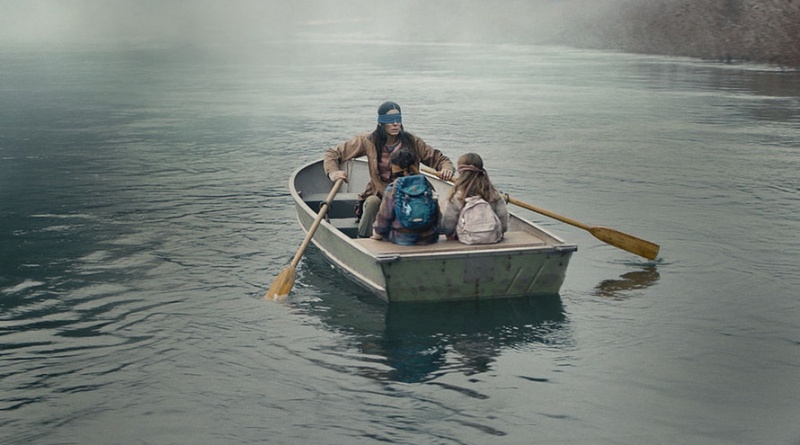 Bird Box is a pretty good, if not occasionally frustrating thriller a few missteps away from being truly special.

In the film’s superior first half, we learn about the outbreak of the incident that left the world in darkness. Whenever people make eye contact with this specter, they see something that immediately makes them suicidal.

Malorie (Sandra Bullock, Ocean’s Eight) encounters this phenomenon with her sister (Sarah Paulson) during a routine pregnancy checkup. In a panicked state, Malorie is guided to a house in a nearby neighborhood that already has a collection of survivors. 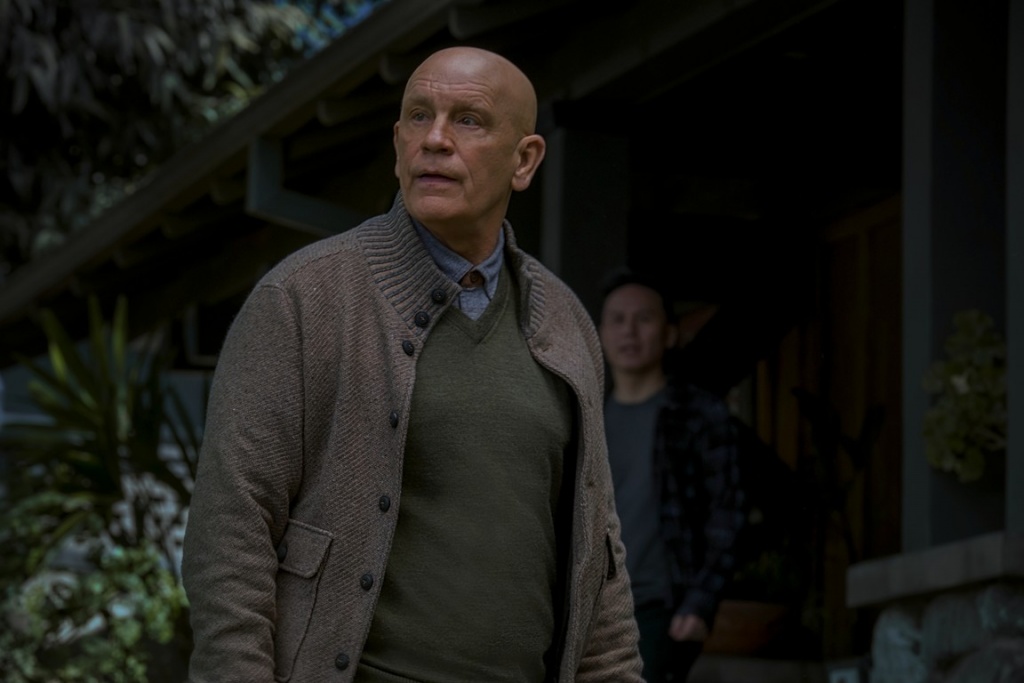 In the early going, Bird Box plays out very similar to the Dawn of the Dead remake. A group of random strangers learns to co-exist in one location while the world around them goes mad. The mix makes for some fun scenes and personality clashes.

Easily one of my favorite parts of the film was the commendable cast diversity. Bird Box has an ideal cast mix of characters of different races, sizes, ages and sexual orientation. It’s no coincidence that the film’s casting directors are also diverse, which reinforces the importance of a mix of decision makers behind the camera.

We quickly learn things don’t end up well as five years later, Malorie is the lone adult caring for two children. Malorie doesn’t seem all that attached as she calls them Girl (Vivien Lyra Blair) and Boy (Julian Edwards). As the story unfolds, it becomes clear why Malorie has become so harsh and emotionally detached.

Bullock is always great in these type of action thrillers. She has such smart instincts about striking the right balance of vulnerability and strength in her characters. Bullock provides a subtle shift in her flashback scenes and the present day where she’s keeping the children safe.

Rhodes had one of those eye-opening breakout debuts with Moonlight and was one of the best parts of The Predator. He seems a star in the making and this performance is another one that suggests that future might be sooner than I initially thought. 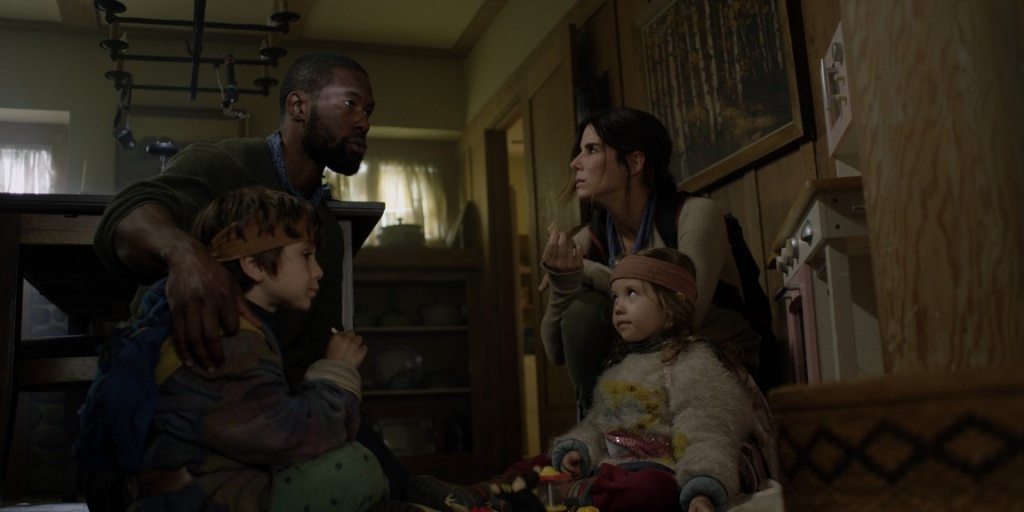 Malkovich plays a tremendous jerk, but his character isn’t necessarily wrong about jerks being survivors. Howery is establishing himself nicely in this genre and it was great seeing Weaver’s character played beyond the doting grandmother-type.

The most frustrating part of the film is when a character is written stupidly for the sake of moving things along. Compassion is a welcome trait, but not when it comes at the expense of putting others at risk. It seems like there could have been some better way to accomplish the end game of thinning out some of the survivors. At least two characters are written out in a very smart manner.

Director Susanne Bier opts to keep the visions and the entity hidden, which allows screenwriter Eric Heisserer (adapting Josh Malerman’s novel) to play fast and loose with the rules. We never fully understand the nature of this malevolent force — what it’s trying to accomplish and why it wants humanity to kill itself.

The biggest advantage the somewhat similar senses thriller A Quiet Place has over this is a clear comprehension of the rules. Quiet Place’s monsters are attracted to the loudest sound. Bird Box establishes its rules and then starts changing them up as the film progresses. 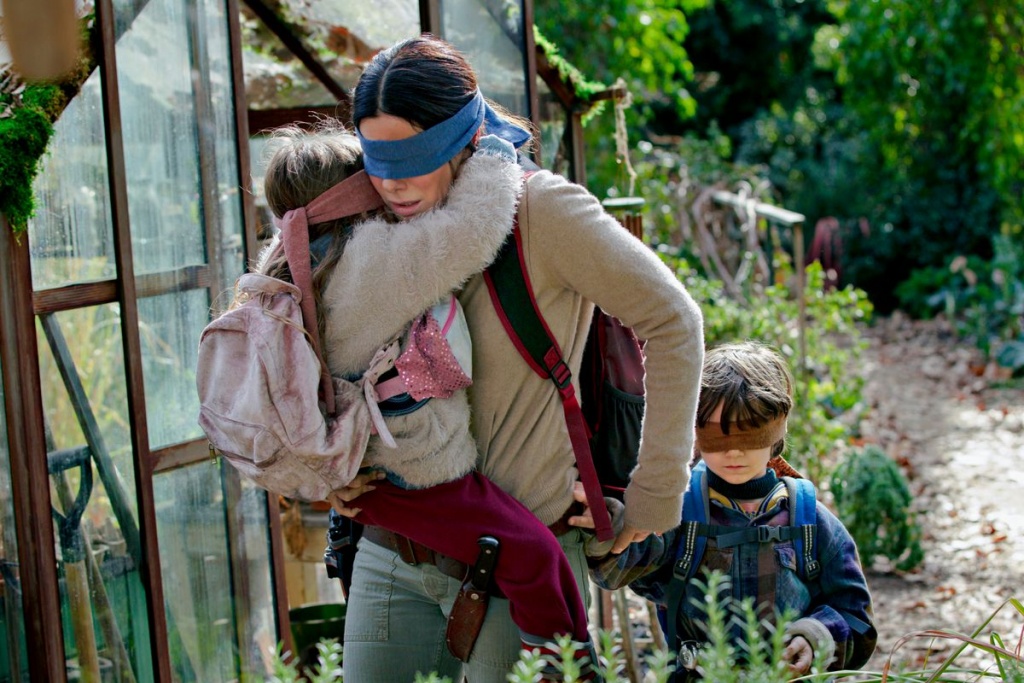 Maybe the most annoying is the force personalizing its attacks by whispering messages to its potential victims. Yet at the same time there’s always some sort of telltale that the force is approaching. The characters could be a lot less restrictive if they just paid attention to the rattling leaves and the intensifying whispers in the distance.

This hurts the final act to a degree as well as Malorie could take some changes namely looking down at the ground to make sure she doesn’t fall over every branch in the woods.

Despite those issues, Bier delivers big time on staging an edge of your seat environment for most of the film’s two-hour run time. With a shorter run time some of those delayed scares could have paid off quicker.

Bird Box is an ideal Netflix watch as it’s the kind of thriller you’re going to want to watch curled up on the couch yelling at the screen as characters make questionable choices.