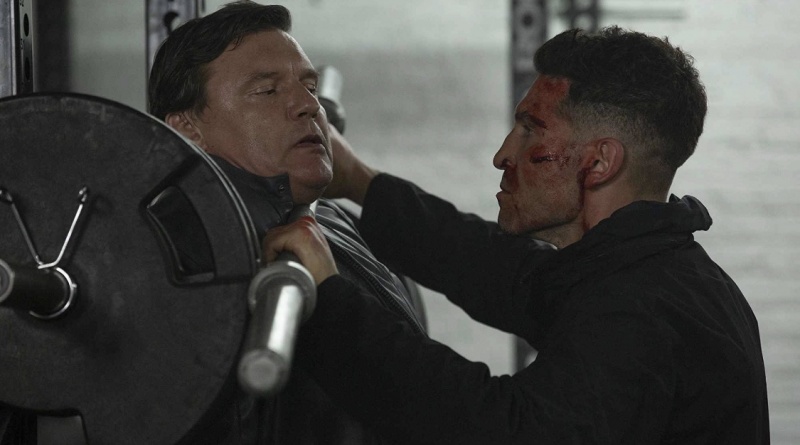 One-Eyed Jacks feels like we’re reaching the part of the season where things are starting to come together. Characters aren’t acting aimless and there’s an overall sense of purpose finally. The slow build was OK provided that was the case and it looks like The Punisher writers are coming through on that front.

We open with easily the best scene involving Amy. She’s showing off her card hustling tricks to a baffled Frank. Amy isn’t being as snarky as usual and is instead trying to draw an analogy with Three Card Monty and going after the Russians. She stresses the only way to win is not to play. For Frank that’s not an option. ‘We just have to make sure we’re the dealer.’ That was a really strong opening scene and probably the best of the season so far.

I love how the MCU films had Agent Coulson and Marvel Netflix had Turk. This time, Frank needs his help setting up a meeting with the Russians. Frank isn’t as amused with Turk as some of the other heroes and is fine with him getting beat up while delivering the message. Turk advises Frank the best place to hit the Russians is their gym.

While Frank can’t bring his guns inside, there’s plenty of other ways to cause mayhem in a gym. On second thought, the Russians gangsters probably would have been better off if Frank just brought his guns.

One thing about Frank is he doesn’t seem to mind taking 5 or 10 punches if he can land one really good one especially if he can use a weight while doing it. This was a brutal fight scene on every account, but it’s hard to find a lot of sympathy for these guys since they asked for it.

The Billy/Madani/Dumont subplot had some necessary — and interesting — progression in One-Eyed Jacks. 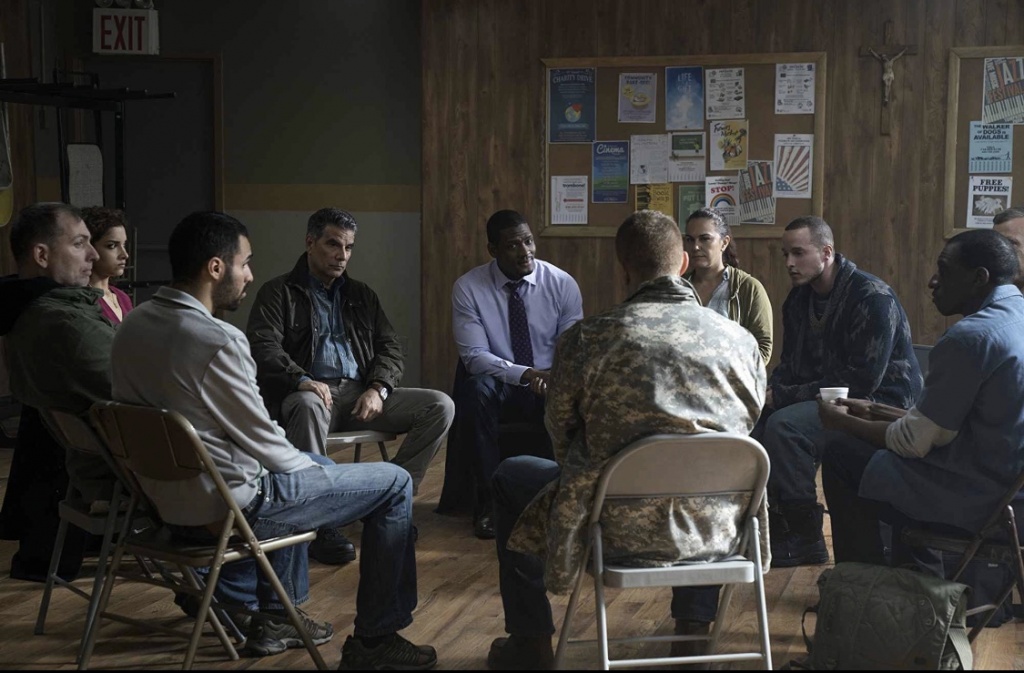 Jake is desperately trying to get help and also goes to Dumont for therapy. Billy doesn’t seem especially keen on sharing his therapist and ‘bumps’ into him at a local bar. Jake eventually confesses he knows he’s Billy Russo, but Jake’s respect for a fellow serviceman is enough to convince Billy not to kill him…yet.

One-Eyed Jacks provided two major revelations with Krista. She also was in the service, which might explain her slight limp and she’s experiencing her own terrors that led to her cutting herself. This could shed some light in her mindset that Billy can be saved.

In the weakest segment of the episode, Amy steals Madani’s credit card and goes on a shopping spree. Amy isn’t the typical sympathetic victim and just when she starts to seem OK she does something shady again.

Having shaken the hornet’s nest, Frank and Amy leave Madani’s and prepare for the next move against the Russians. We know eventually Frank and Billy are going to be squaring off, but I like that Frank is focused on the Russians now, which gives Madani an important role.

Back at the community, Pilgrim is beating himself for his earlier failures to stop Amy. His wife is in worst shape and seems on her deathbed, which makes it somewhat cruel that Anderson (Corbin Bernsen) sends him after Frank and Amy again.

Pilgrim is effective and One-Eyed Jacks ends with him gunning down the dudes at the gym. That should not have been very hard considering the state Frank left them.

One-Eyed Jacks definitely seemed to raise the stakes with some essential character development, the cat and mouse with Madani and Billy as well as another brutal Punisher brawl. Hopefully the season will build on this episode and keep the intensity rolling.