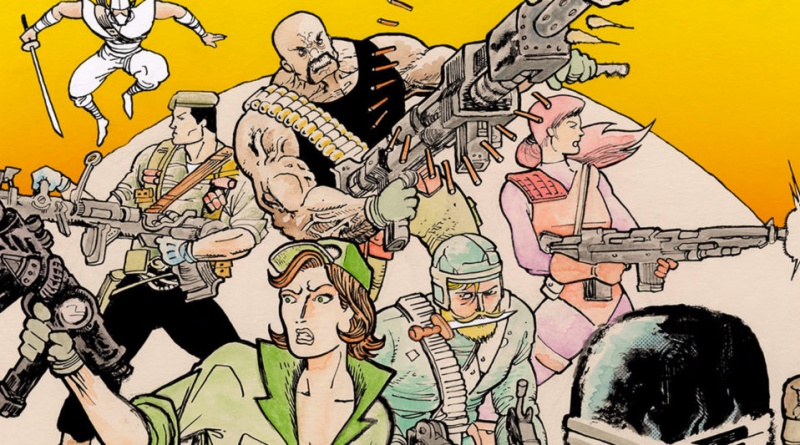 Larry Hama spoiled me on G.I. Joe to the point I don’t give many Joe series he doesn’t write a chance. The only non-Hama Joe project that really clicked was G.I. Joe: America’s Elite. It felt like a true evolution of the Hama series and took some bold changes to the status quo.

G.I. Joe Sierra Muerta doesn’t try and reinvent the franchise, instead offering up another spin on the classic series by writer/artist Michael Fiffe. It’s probably not a stretch to assume Fiffe holds Hama’s take on Joe as gospel as his first issue reads like a vintage issue that easily could have been a Special Missions story. Short of a Hama-written endorsement on the first page, this reads like a Joe story that the Hama fan base will appreciate and enjoy.

Cobra Commander has found a cache of Dr. Venom’s old gadgets, but the Joes arrive in time for a firefight. Fiffe doesn’t try and work in some lower tier fringe characters and goes strictly A-list with Duke, Flint, Lady Jaye, Snake-Eyes, Roadblock, Stalker, Doc and Rock-n-Roll.

Fiffe’s artwork is rough, but captures the essence of the characters just fine. Roadblock and Gung-Ho are drawn burly while Snake-Eyes and Storm Shadow are lithe. Fiffe doesn’t fill his panels with a ton of detail even to the point where irises are missing. Backgrounds are sparse, effects like sweat are highly exaggerated while the gun effects look a little understated.

In a lot of ways, Fiffe’s style looks more like watching a slightly more violent take on the cartoon. More violent simply in the sense that both Joes and Cobras shed a little blood. This minimal approach kinda works though as it’s easy to follow allow from panel to panel. He does some fun playing around with sound effects and transitions like a helicopter crashing through Cobra Commander’s Cobra battle cry. 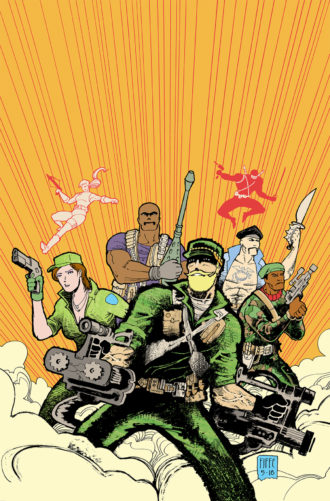 Fiffe sets up a very interesting premise with Cobra Commander battling a fatal disease and desperately scrambling for a cure. Even to the point where he’s entertaining Dr. Mindbender’s plan of using the Serpentor protocol.

G.I. Joe Sierra Muerte #1 is the fun start of a new Joe series that has all the throwback elements of the cartoon blended with Larry Hama’s more realistic take. Fiffe has channeled a really unique spin on the franchise that seems poised to recapture old fans while giving regular readers another Joe title to read each month.