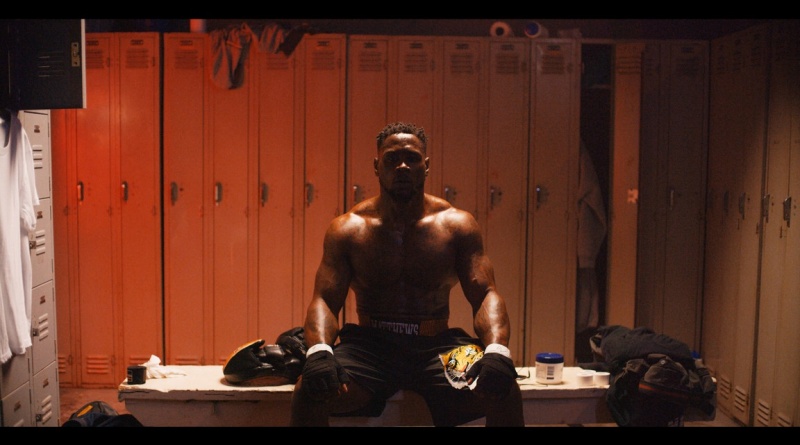 Typically in movies, you’re willing to let the main character slide with two, maybe three bad calls. If a main character makes too many mistakes it starts to reach a point where you’re rooting against them for being so stupid. That’s the big problem with A Violent Man, a film that features one of the most clueless leads I’ve seen in a while.

Ty (Thomas Q. Jones, Luke Cage) is an aspiring MMA fighter. He’s on the wrong side of 30, but still has dreams of making it to the big time. Ty’s girlfriend Whitney (Khalilah Joi) is a nail technician who wants him to start considering another career path. Since Ty is just shown in the gym sparring and not working even a dead-end job, that’s not too unreasonable a request. Heck, he could even do Lyft or Uber and contribute in some manner. 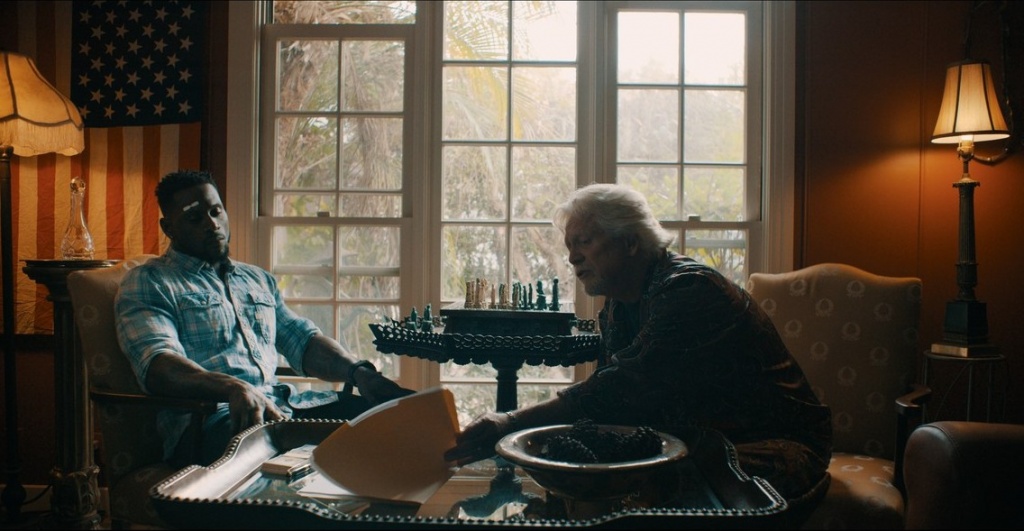 He gets an unexpected break when the current champ Marco Reign (Chuck Lidell) strolls into his gym looking for a sparring partner. Ty catches him off guard and improbably makes the champ tap out. Naturally, Marco’s manager, Benjamin (Bruce Davison, X-Men) wants to protect his asset and offers Ty $10,000 for keeping his mouth shut.

Director/co-writer Matthew Berkowitz and co-screenwriter Justin Steele have a key choice at this point: have Ty leverage his sparring win for a real shot at the champ or casually humble brag and keep putting the word out. The latter isn’t the best decision, which makes Ty look like a moron as he meets up with reporter Victoria (Denise Richards, The Toybox) to discuss his sparring victory. Almost immediately, Victoria is more interested in flirting than the story. Ty is happy to talk to someone interested in his passion, but this is a shoddy foundation for a one night stand. 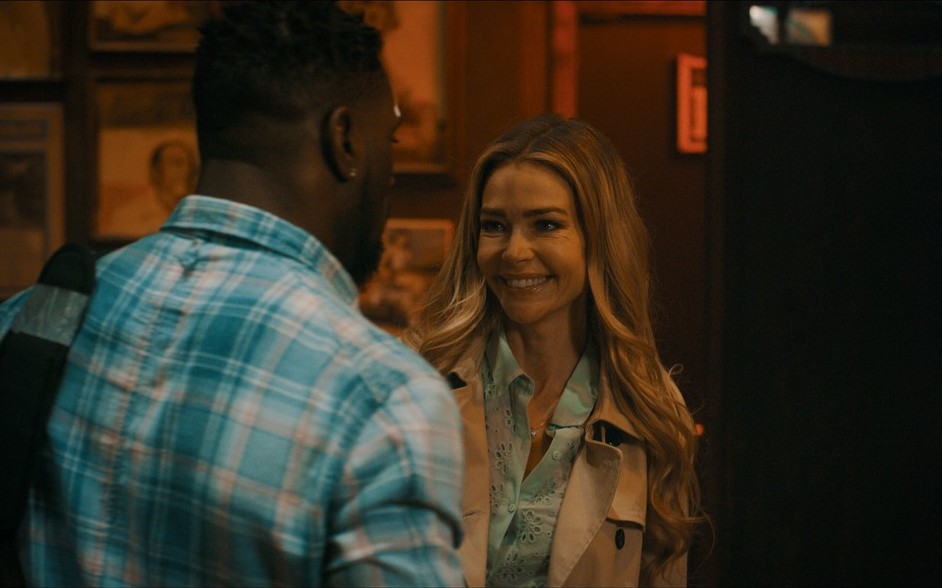 Ty is greeted by police Det. Beckett (Jon Sklaroff), who tells him Victoria is dead and she also had a thing with Marco. This is the point where most sensible characters would start behaving in a more rational manner. Not our guy Ty, who already had a weak lie telling Whitney what time he came in for the night as if she could miss the alarm clock in plain view. Beckett and his partner, Angela (Felisha Terrell) are the only ones concerned about the murder and Ty is unfazed by the murder accusations. 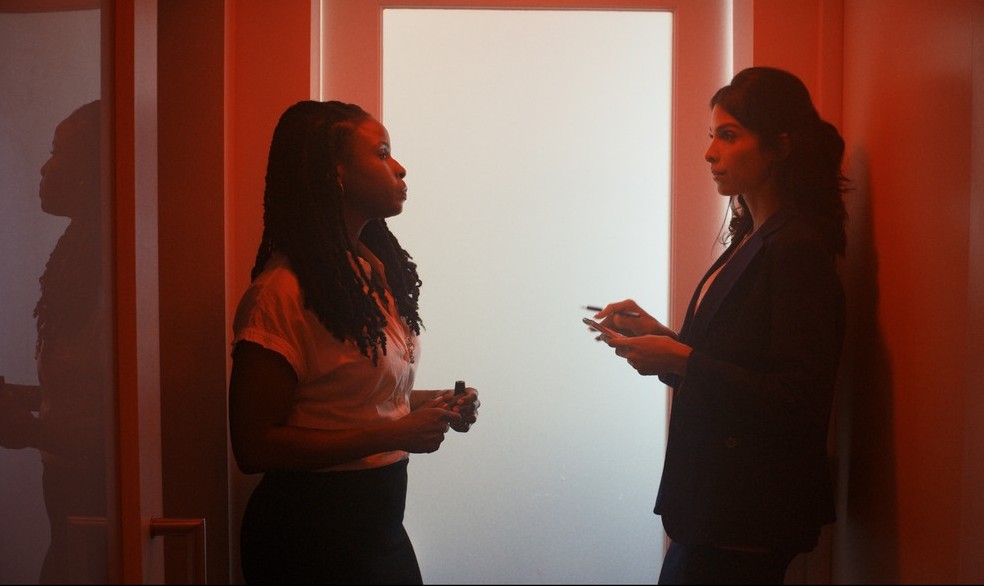 To wrap his head around his guilt, Ty goes to the obvious destination — the strip club, where he ends up in a fight with another patron.  In 2019, I’m not gonna cry when a dude that calls a black man ‘boy’ gets a brick to the face, but this isn’t making the best case for Ty. The film slowly gets more frustrating as Ty acts increasingly relatable or likable. When he’s not focused on fighting Marco, Ty is carrying himself like a victim, but his actions don’t match up. It’s not simply a matter of if he killed Victoria accidentally, but whether he deserves any sympathy at all.

Jones was a welcome surprise in Luke Cage’s second season. He’s not just another muscle head turned actor, but he can’t do much with this material. Ty isn’t a complex enough character to make him something you’d want to see succeed. That’s the biggest difference between Ty and a Rocky or Creed. The odds are against them and you’re invested in their struggle. Ty’s issues are all his own doing and as the film progresses, it’s harder to care about him.

Joi is fine in the love interest role, but every scene finds her acting inconsistent with the previous one. Upon learning Ty cheated on her, she seduces him. One moment she want space, the next she’s showing up in his corner at the fight. Ty is a problem of his own making, but Whitney is written like she was written by men uninterested in fleshing out her character beyond the needs of the plot at that particular moment. 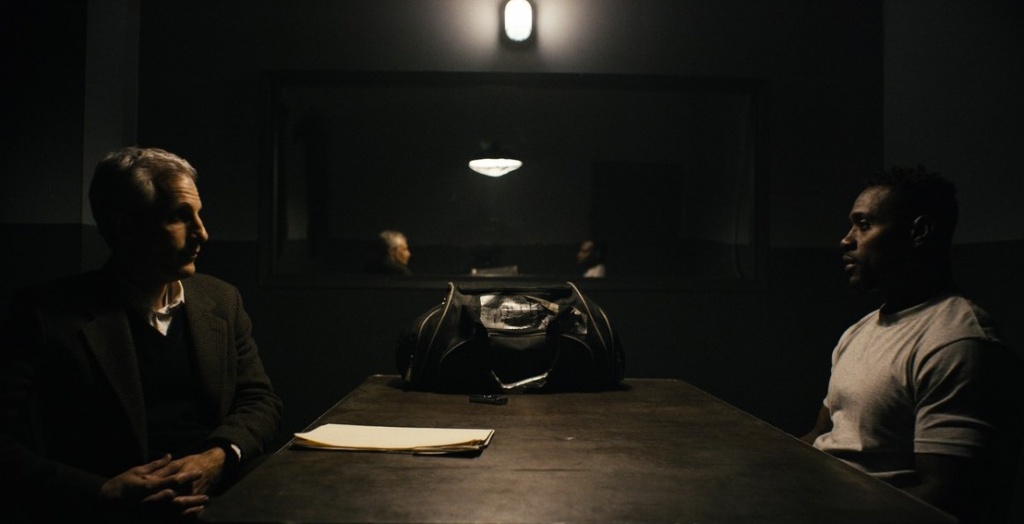 Berkowitz does more with less with some methodical slow-mo breakdowns of the MMA fights, easy to follow perspectives and some nice uses of dramatic lighting. To cover for the lower budget, there’s a smart workaround for Ty’s rematch with Marco although it’s a stretch to think the fight could be held outside of MMA-approved arenas.

None of the fancy cinematic bells and whistles can replace heart, which feels increasingly lacking the longer A Violent Man plays out. The film lacks a sense of drive and purpose. A twist in the final act should have more impact, but it’s just revealing how the movie came to its fitting conclusion. Ty’s fate felt well-deserved as he didn’t warrant much sympathy. In the end, A Violent Man doesn’t offer much to make it worth contender status.