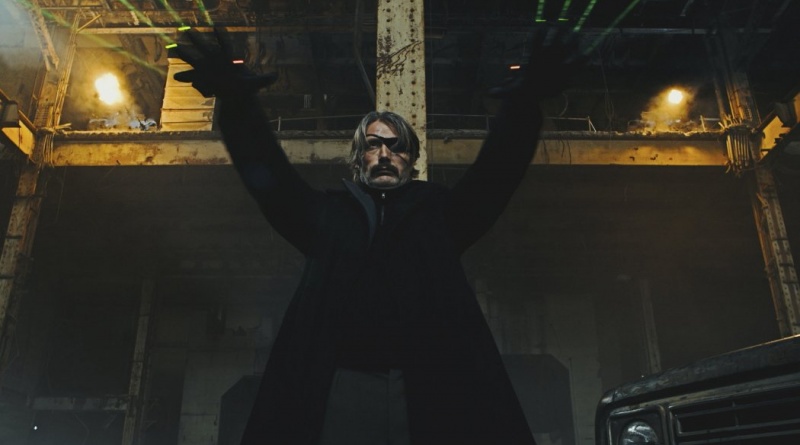 Restraint is in very short supply in Polar, a film with a premise and star strong enough that it could have been the next John Wick. Instead it has to serve as a cautionary tale of choosing the right director to kick start a potential franchise.

With the Marvel Netflix partnership ending in an ugly divorce, the streamer is mining other comic book properties for content. There’s the Millarverse with creator Mark Millar cranking out a ton of comics for series and film options. Polar marks the first Dark Horse collaboration, based on Victor Santos’ ‘Polar: Came from the cold.’

The plot is original enough that it’s easy to see why Netflix was sold and likely had ideas for sequels. Duncan Vizla (Mads Mikkelsen, Rogue One: A Star Wars Story) is nearing his 50th birthday and as the dreaded Black Kaiser of the assassin syndicate, Damocles, he’s preparing for retirement.

That’s a problem for Damocles head Blut (Matt Lucas, Bridesmaids) as he cashes in on dead agents’ insurance plan since they lack a next of kin. To ensure his payday, Blut has his top agent Vivian (Katheryn Winnick) send out a hit squad to kill Duncan. Poor Winnick campaigned to land the Captain Marvel gig with Marvel Studios and this is a poor consolation prize. 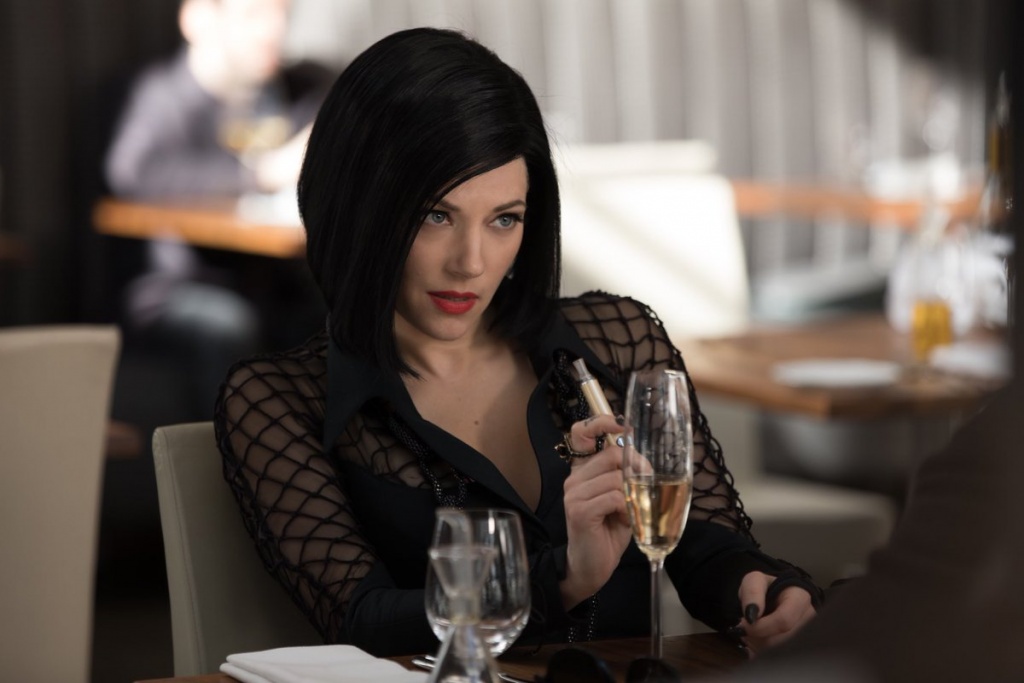 Duncan finds the semi-retired life challenging. There’s one unfortunate scene with a dog that could have been poignant if it wasn’t played for shock value. Mikkelsen gives Polar a center to steer it back in place when it goes too far out of whack, which is frequent. He’s a steady presence and does a fine job portraying a tortured, tormented man looking for some peace.

Duncan might have found a friend in new neighbor, Camille (a nearly unrecognizable Vanessa Hudgens, The Princess Switch), with a secret of her own. There’s some nice moments with Duncan and Camille that thankfully don’t venture into romantic territory. Duncan’s trip to Camille’s school is one of the film’s best scenes.

Director Jonas Åkerlund brings a ton of flair and energy to the film. Åkerlund comes off too concerned audiences will get bored too quickly and hyper-edits the film to pieces with quick cuts, jarring transitions and in your face camera angles. When the rapid fire transitions slow down it’s easier to appreciate Pär M. Ekberg’s amazing cinematography. The colors are bold and vibrant without feeling too overwhelming. Elizabeth Calderhead’s set designs are also a strong point.

The film’s first hour splits time with Duncan and Blut’s assassins. This colorful group looks like they stepped right out of a comic, but they embody Polar’s more is nothing mentality. The biggest offender is Sindy (Ruby O. Fee) who is basically the squad’s designated prostitute as she shimmies around in skimpy outfits and has sex with the targets to set them up for the kill shot. There’s probably more effective ways to kill a mark than pimping out a teammate. 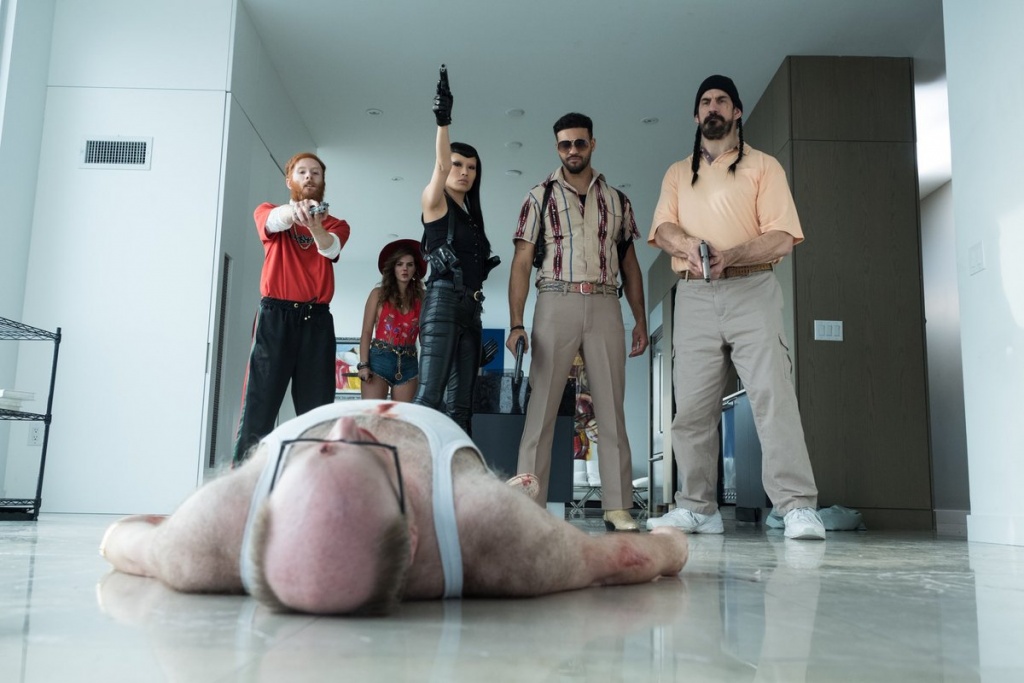 Screenwriter Jayson Rothwell further makes the squad look like idiots when they learn of multiple locations Duncan could be based. Instead of doing the strategic thing and splitting up to scout out the locations, Rothwell wastes so much time showing all five of them going to each spot and killing the inhabitants. The hit squad comes off like goofs who overcompensate with sex and a hailstorm of bullets.

Åkerlund is big on overcompensating as he happily peppers the film with random nudity and sex scenes just for the sake of it. There’s an abundance of dudes treating women like crap to the point I wondered if Åkerlund and Rothwell need to talk their issues out with someone.  The nudity is consistent with the gratuitous violence, but really adds nothing to the film. Duncan’s fight scenes are the one aspect of the film that are consistently strong. Åkerlund shoots these with brutal efficiency showcasing how dangerous Duncan is in battle. 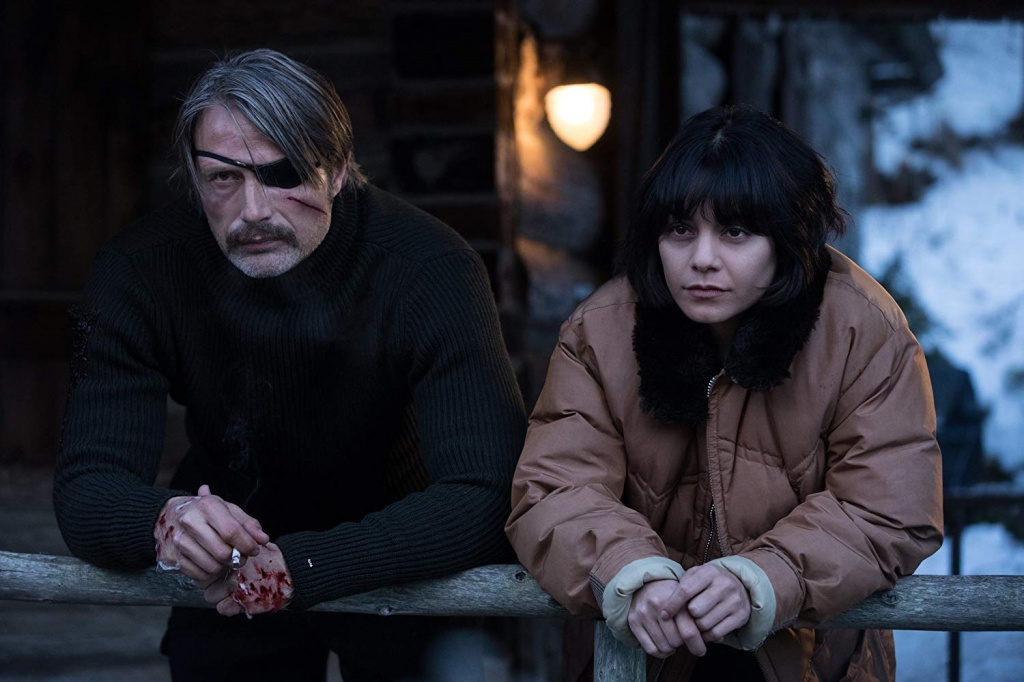 But when Duncan isn’t the focus, Åkerlund’s worst impulses come out to play. In one sequence, Blut says he’s going to torture a character for four days and Åkerlund actually shows each day’s torture to really drive home the point. Too often Polar feels like being tied up and suffering through an immense cinematic experience. The ingredients are there and if Polar does earn enough views to warrant a sequel, hopefully it’s with a new director and writer.