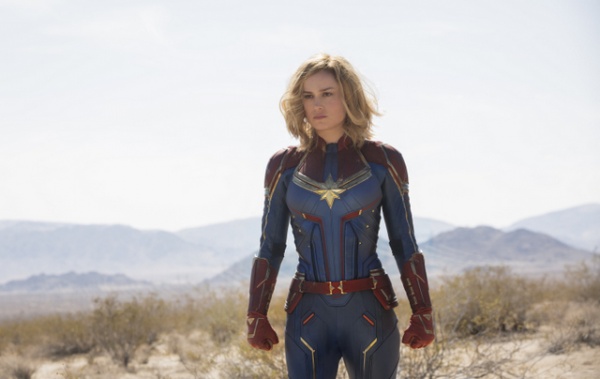 Only trolls with a masters in trolling are going to hate Captain Marvel. The law of averages suggest Marvel Studios has to be due an outright bomb in every sense, but it’s clearly not Captain Marvel, which easily ranks among the Top 10 films in the MCU.

It’s impressive that 22 films into the MCU and Marvel Studios has largely managed to avoid a sense of been there, seen that. Doctor Strange had a lot of echoes to the first Iron Man in terms of telling an origin story, but it was different enough to carve out its own path. Captain Marvel plays out like a galactic mix of Thor and Captain America: The Winter Soldier. 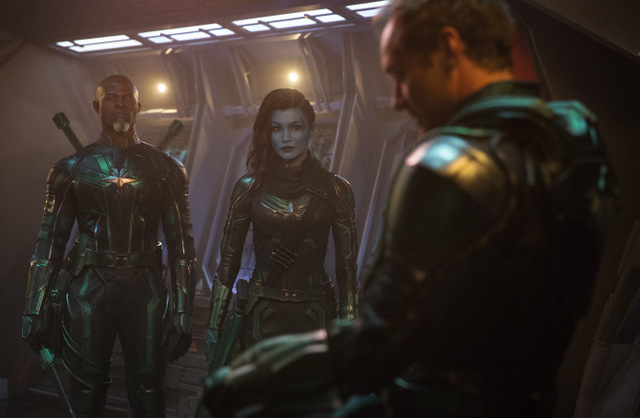 Vers (Brie Larson, Best Actress Academy Award winner for Room) is part of the Kree Star Force. She’s tasked with helping the Kree stop the evil Skrull race from conquering the universe. Complicating matters are the Skrulls are a bunch of sneaky shape-shifting aliens capable of disguising themselves to look like anyone. When a routine mission goes wrong, Vers finds herself on Earth, a place familiar to her through visions although she has no memory of the planet. There’s also the matter of those weird interactions with someone else (Annette Bening in a super spoiler role). And the technology in 1996 is hardly what she’s used to in space.

With the Skrulls also crash landing on Earth, Veers sets off to stop them.  Her mentor/supervisor Yon-Rogg (Jude Law, Sherlock Holmes: A Game of Shadows) is worried she’ll cause trouble and sets off to bring her back to the Kree homeworld.

There’s some familiar faces here including Djimon Hounsou’s Korath and Lee Pace’s Ronan from the first Guardians of the Galaxy. As well as a young Nick Fury (Samuel L. Jackson), who finds himself aligned with Vers to stop the head Skrull Talos (Ben Mendelsohn, Ready Player One). Mendelsohn is a standout even while wearing green skin and prosthetic ears. We also get to see a young Agent Coulson (Clark Gregg), which is fitting since he was such a pivotal player in Phase 1 of the MCU. The digital de-aging process is frighteningly realistic for Jackson. Gregg sports a somewhat questionable headpiece and his de-aging isn’t quite as convincing. 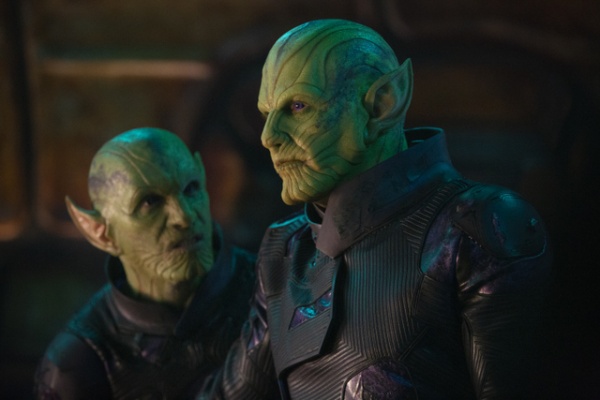 As she spends more time on Earth, Vers starts to remember a different life — one alongside her best friend Maria (Lashana Lynch) and daughter Monica (Akira Akbar) — as Carol Danvers. Armed with this new information, Carol learns a deeper truth that could unlock a major threat to the universe. For longtime comic fans, the scenes with Monica are a nice foreshadowing for potential sequels. I appreciated that Captain Marvel doesn’t feel so locked in to the superhero formula where the most important relationship is that of a romantic one, but instead best friends. It’s also very cool that Carol’s closest allies are two black characters.

In terms of the script, this is one of the funnier films we’ve gotten from the MCU ranking right alongside Thor: Ragnarok and any of the Guardians of the Galaxy or Ant-Man films. A lot of that can be credited to the amazing chemistry of Larson and Jackson. We got a taste of that bond when they presented an award at the Oscars last month and it’s even better on the big screen.

You’d expect an Academy Award winner to deliver the goods with her role, but Larson seems incredibly prepared with a perfect handle on how to play Carol. Feminist conspirators can relax, Carol isn’t written like the perfect woman and is just as well-rounded and complex as the source material. 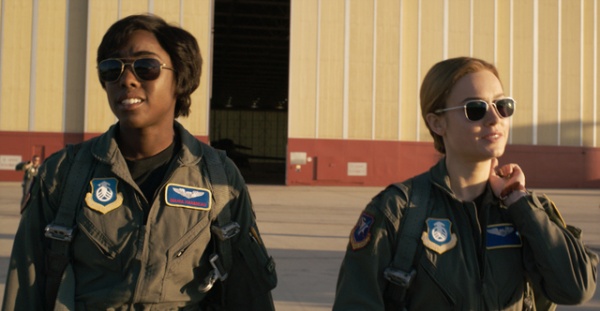 Jackson plays against the hard-edged Nick Fury we expect to see in the MCU and is instead more fun-loving and prone to break into a little singing every so often. Despite his presence in so many of the Marvel films, Jackson has rarely been this active in the MCU, which makes me even more excited to see his expanded role in Spider-Man: Far From Home. Jackson also hits it off with one of the film’s biggest scene stealers with Goose the cat.

One of the things I loved about the film is how directors/co-screenwriters Anna Boden and Ryan Fleck and co-screenwriter Geneva Robertson-Dworet utilized the rich fabric of the MCU to tell this story. Since Iron Man we’ve watched the story unfold without a lot of questions about what’s come before. Captain Marvel fills in some gaps we didn’t even know were necessary, but make so much sense in the greater context of the MCU. It’s that feeling of connectivity that comic book fans have appreciated for decades and it’s on full display with Captain Marvel. And that’s not even counting the amazing opening sequence with the perfect tribute to Stan Lee.

The trick with period films is not spending too much time spoofing it from the lens of modern perspective. There’s some fun shout outs to gone, but not forgotten franchises and technology, but the 90s are treated respectfully particularly with the soundtrack. One No Doubt song clearly had to be thrown in the mix, but there were some other songs that were far more inspired and fun choices.

There’s one really strong scene that I’m sure will have women audience members feeling every bit as empowered as black and African audiences did while watching Black Panther. The MCU never shied away from diversity, but these greater efforts to be more inclusion are so important for audiences who rarely get to see themselves front and center in these types of films.

One issue from the trailers that didn’t get resolved on the big screen was the full fledged CGI of Captain Marvel in the final battle. The CGI model doesn’t capture enough of Larson’s likeness to really sell the illusion. This is only ever an issue when Captain Marvel is wearing her full helmet attire. 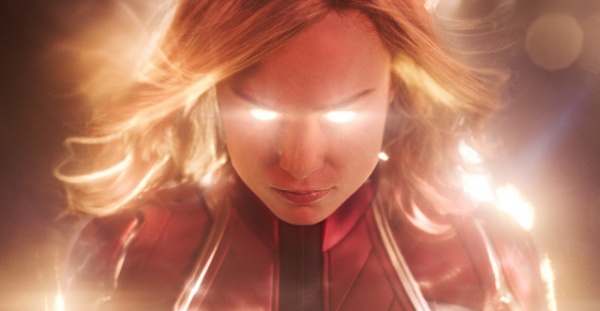 I probably don’t have to tell you this at this point, but you’re absolutely going to need to watch the first post-credit scene. Remember, this is the last build-up for Avengers: Endgame. The second post-credit scene is one you’re probably better off watching at home because you’ll want to add this to your collection.

Captain Marvel continues Marvel Studios can’t miss phase of stellar films. Phase 3 might be the strongest slate of any film franchise ever and Captain Marvel only reinforces that anything this studio touches turns into marvelous box office gold and a highly satisfying experience for fans.