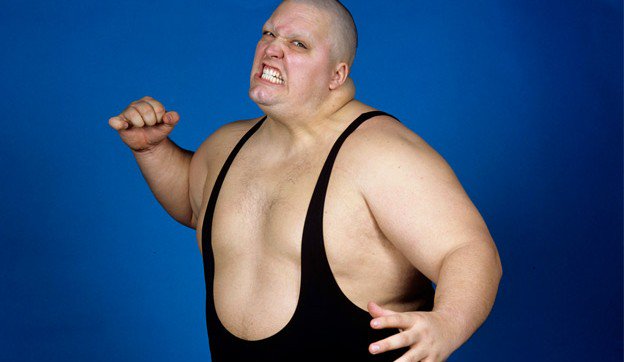 Geesh. Between the news that Luke Perry succumbed to his massive stroke yesterday and King Kong Bundy’s death late Monday, it’s already been a crummy week. Bundy was the first true monster heel that frightened me as an early Hulkamaniac.

When he squashed fools with his avalanche demanding a five count, I thought he was unstoppable. Especially after he broke Hogan’s ribs. The first Wrestlemania main event was more of a spectacle, but it was Bundy’s steel cage match with Hogan that really sold me on the idea that Wrestlemania was special. And that was in large part to Bundy’s intimidating presence. Bundy died at the age of 61.

He was a classic member of The Heenan Family and was involved in some major moments including teaming with Big John Studd when Paul Orndorff turned on Hogan. He tried to squash members of his own team in a Wrestlemania 3 match and was a quintessential heel in the Hulkamania era surviving the first Survivor Series with fellow monsters Andre the Giant and the One Man Gang.

Here’s some tributes from some of his peers.

R.I.P. King Kong Bundy…another great wrestling talent gone too soon. He will be missed, but he's in good company now, like in this match… https://t.co/rhqsDS5qAD

OMG can’t hardly believe my friend Chris Pallies aka King Kong Bundy has passed away. Very sad news he was a kind soul. Rest In Peace Brother until we meet again.

Hate to hear about the passing of King Kong Bundy. He was so cool to me when I walked in that @WWE dressing room as an absolute nobody in 1986.

Yesterday we lost one of the #legendary Big Men of Wrestling. My thoughts and prayers go out to his friends and family. RIP King Kong Bundy. pic.twitter.com/uNEKAqubOl

Man @RealKKBundy was always so cool to me
So many stories
A Main eventer everywhere he went
Celebrate his life#FIVE pic.twitter.com/mlNMbQtt16

RIP King Kong Bundy. One of the best villains of 1980’s wrestling. A man who did his job with such incredible authenticity. A rare find. Thank you for your contributions sir. Godspeed. #five

So sad to learn of King Kong Bundy passing away. A true legendary big man who paved the way for a lot of us. A true gentleman and so kind to be around. God bless you. pic.twitter.com/iDyZR865mD

sucks to hear the passing of King Kong Bundy, only met you once and you actually said hello to me first by name, couldn’t believe you knew me.. you paved the way for big men today RIP #FIVE