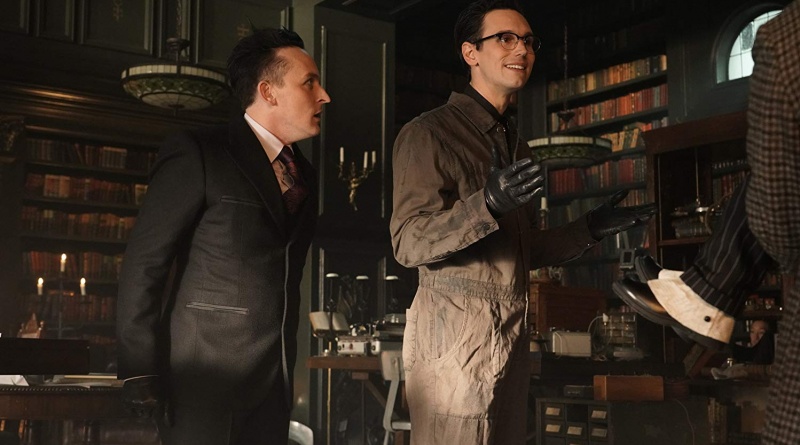 Nothing’s Shocking was a bit of a come down for Gotham. The season has been going on such a bat outta…well, you know pace since the start that this kind of episode almost felt out of place. Still, it did what this final season has done so well in resolving lingering subplots while introducing another Batman Rogue — albeit very temporarily.

In the main plot, Gordon, Bullock and Harper tangled with Jane Doe, a masked girl who could copy someone’s shape and memories with a touch. For Bullock, Jane was far more personal as she was the unexpected victim of one of his earlier cases when he ran with his somewhat dirty mentor Dix. We’ve already seen a shapeshifter in Gotham so to make this fresher, Nothing’s Shocking played up more of the horror angle. It was the right call as Jane wasn’t treated like goofier incidents we’ve seen in the past with replicas. 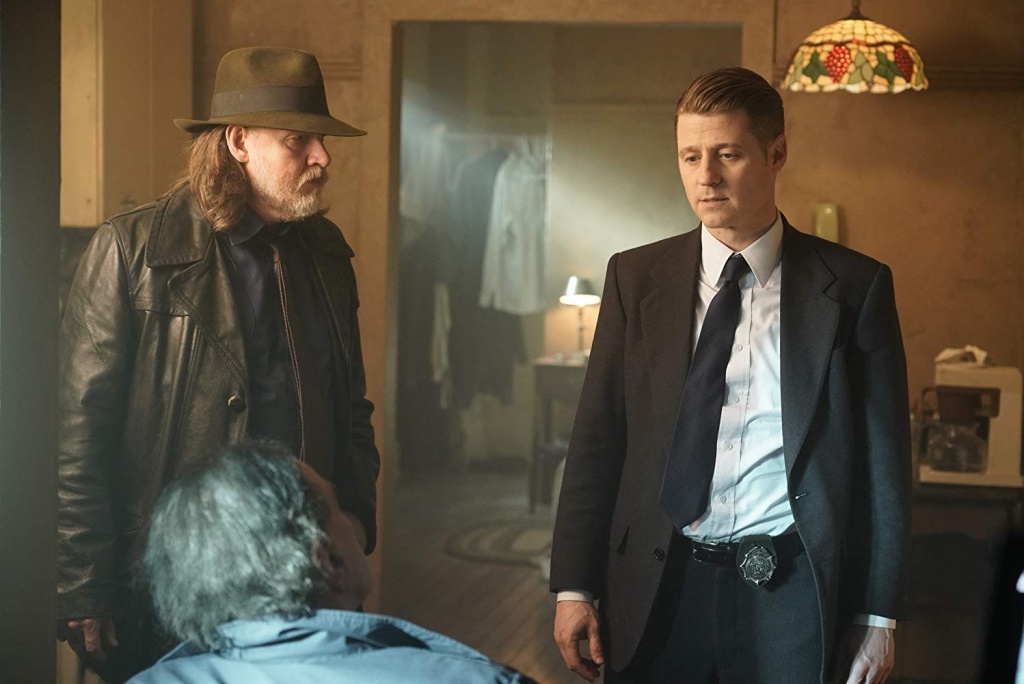 Besides, Jane had a bit of a vindictive streak to her in killing Dix’s two fellow cops before killing Dix while in Bullock’s form. Bullock has come a long way since the start of the series and went to take Jane on himself. It was a solid scene that Donal Logue showed off his more dramatic chops. Despite the mask, Jane isn’t deformed or disfigured and is only a monster in her head. Eventually, Bullock is forced to kill her. This was hardly the Gotham-wide problem of some other villains, but it neatly resolved this arc for Bullock and served as a reminder that skeletons never stay buried here.

On the side subplot, Riddler and Penguin are shocked to see Mr. Penn is still alive. Only this time, he’s brought a friend — Mr. Scarface. The Gotham costume design team has been doing incredible work all season. Seriously, why doesn’t Warner Bros. just let this crew design all the DC movie costumes?? They know how to capture the flavor of the comic book look while making it functional on a big screen setting.

Predictably, Scarface isn’t up for making new friends and tries to kill Penguin, who fights the dummy for control of the pistol (writing that sentence made me love Gotham just a little bit more). Penguin shatters Mr. Scarface with a bullet to the head and Riddler finishes the job by killing Mr. Penn. He was a bit nuts Ed, but c’mon man! 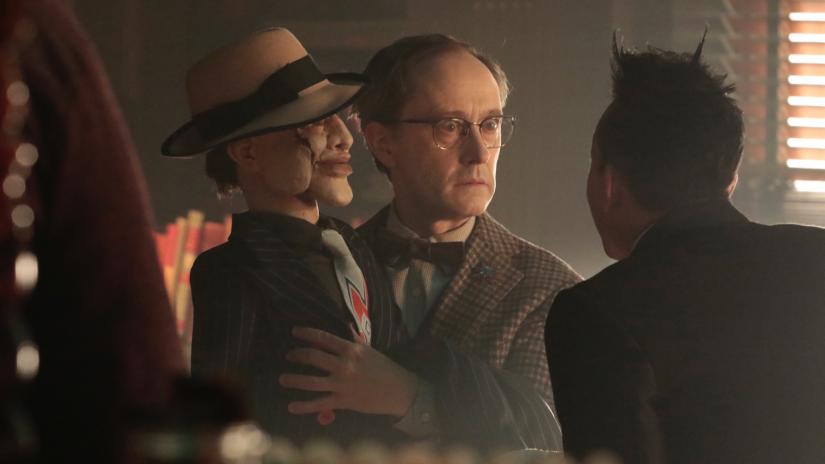 Bruce and Alfred have a weaker subplot this week as they try to track a man who’s gone missing in the sewers. I was hoping this would lead to a confrontation with Killer Croc, but no. It’s just a guy who was exposed to the toxins from the water — Jeremiah’s legacy. In one cool scene, Bruce uses three shards to fight the mutated guy off in some clever foreshadowing of Batarangs. Alfred blames himself for Wayne Manor’s destruction, but Bruce talks him out of it. Besides, this will allow for some major renovations in the basement…

Bullock confesses his involvement to Gordon, who’s hardly in position to judge. The ending was kind of interesting as it seemed like Bullock wanted Gordon to either hear him out or forgive him. Gordon has enough blood in his closet so hopefully his refusal was Gordon simply recognizing he’s become just as dirty.

Nothing’s Shocking didn’t do a lot to advance any major plot points. It would have been fine on a full count season, but with such a limited supply every one needs to have greater impact than this solid, but not special installment.