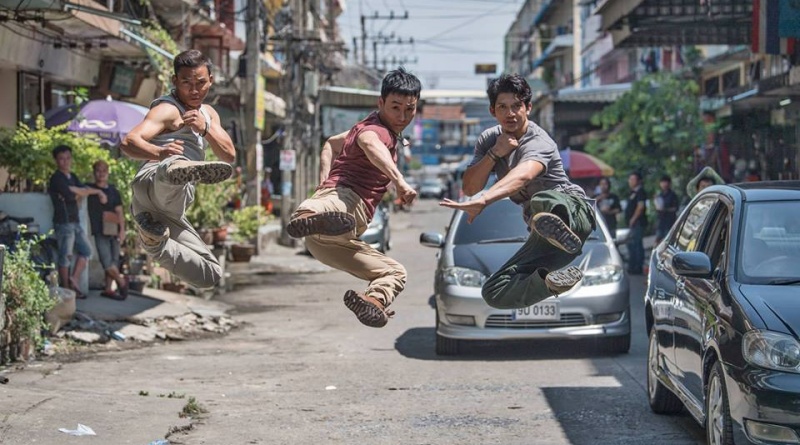 Triple Threat is basically a less crowded martial arts version of The Expendables. In lieu of explosions and crazy knife stunts, we get a ton of jaw-dropping kicks and lightning fast action sequences. If the names Tony Jaa, Scott Adkins, Tiger Hu Chen, Michael Jai White and Iko Uwais mean anything to you, Triple Threat is absolutely appointment viewing in 2019.

Long Fei (Tiger Hu Chen, Man of Tai Chi) and Payu (Jaa, The Protector) are a pair of down on their luck mercenaries get conned into releasing Collins (Adkins, Doctor Strange), the leader of a dangerous group of assassins. Their involvement also unwillingly leads to the death of Jaka’s (Uwais, The Raid 2) wife. Vowing revenge, Jaka enacts a layered plan of revenge to avenge his wife and his fellow villagers. But first he needs some allies and strikes a partnership with Long Fei and Payu. 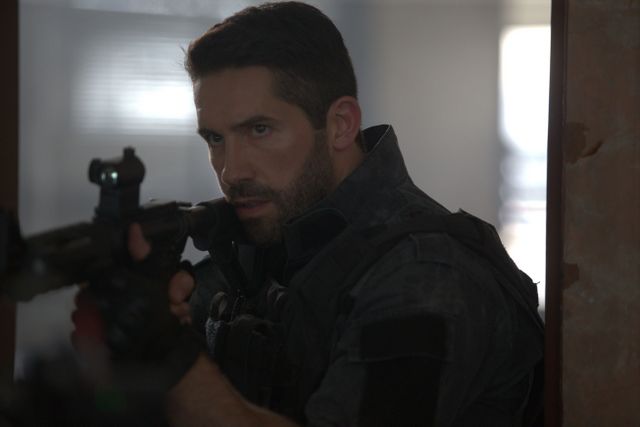 The trio learn Collins and his fellow assassins (including Jai White, Arrow) have been paid to gun down Xian, a wealthy heiress (Celina Jade, Arrow) who’s trying to take down a major crime syndicate. Like The Expendables, the performances aren’t as important as the action, but Hu Chen, Jai White and Adkins keep the narrative together. Jaa is fine as the more complimentary semi-comic relief while Uwais is the stoic, vengeful character. Jade makes Xian a strong character in her own right without having to be the helpless damsel in distress while providing the film’s moral compass.

Screenwriters Joey O’Bryan and Paul Staheli put together a pretty solid script. It would have been easy to come up with random excuses to pit the actors against each other and just let the audience be wowed by their fighting acumen. O’Bryan and Staheli find the right balance of creating some semblance of a story without making viewers wait too long for the next action sequence.

At times, the plot came off more complicated than necessary thanks to Jaka taking more of a Count of Monte Cristo approach in dealing with his enemies. It’s probably a little too high brow for this type of action movie and some of the slower, dialogue heavy scenes feel more like stalling, but all is forgiven when Triple Threat rolls out another action scene. 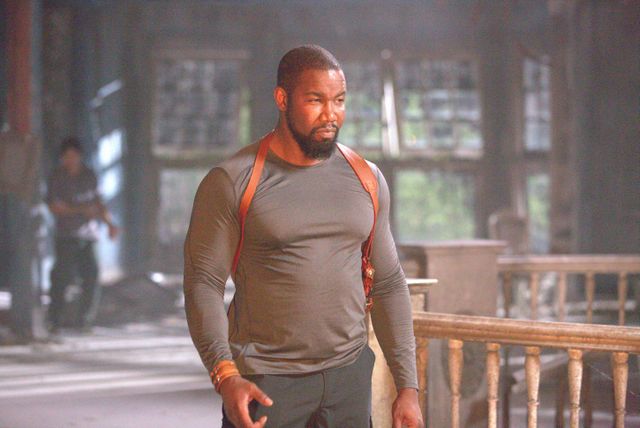 That’s really what everyone is here for anyway and Director Jesse V. Johnson ensures the film doesn’t disappoint on that front. Even in a year with a new John Wick film coming soon, Triple Threat provides some standout action sequences. There’s too many to properly break down, but Johnson ensures we get some of the marquee match-ups you’d hope for with this cast list including Jaa vs. Uwais, Adkins vs. Hu Chen and Jai White vs. Uwais.

Johnson thankfully doesn’t feel the need to get too tight with the camera panning back far enough so we can take in all the action. The combatants move fast enough that there’s no need for spastic editing either. Really the smartest thing Johnson could do was get out of the way and let his actors do what they do best. To his credit that’s exactly what he does. 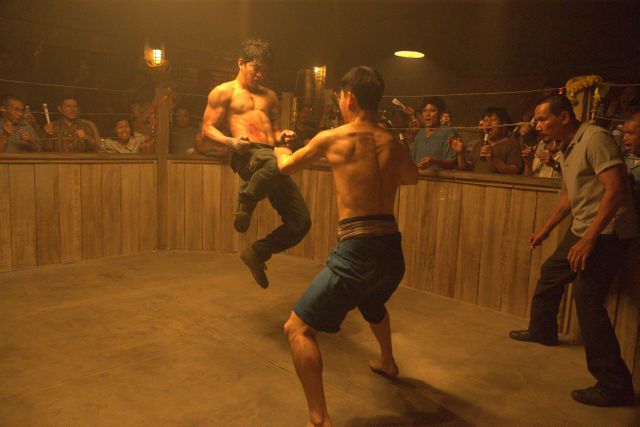 Cinematographer Jonathan Hall sets up some well lit shots to help give some needed variety to the fight scenes. The final battle looks like the backdrop is bathed in flames, but it’s really just how Hall staged the lighting. It’s very effective and really conveys that final conflict atmosphere.

For fight aficionados, Triple Threat is a no-brainer. It’s a fan-service martial arts extravaganza with action sequences on par with The Raid films that meets and oftentimes exceeds expectations.