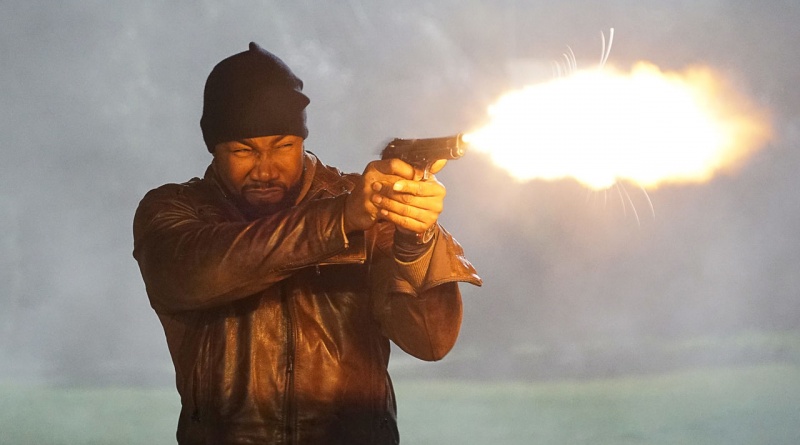 Michael Jai White is having a momentous 2019. He’s had a steady recurring role this season on Arrow and recently had a key role in the martial arts ensemble Triple Threat.

With The Hard Way, White takes the spotlight in an action throwback recalling the genre’s 80s and 90s heyday. How vintage is the film? Within the first 15 minutes a character mutters the title. And White’s character has an equally old school name of John Payne.

It’s cheesy and silly, but that’s kinda the point. Besides, it’s way too fun to be written off as a relic of yesteryear. This is one of those original content films that completely justifies a Netflix subscription.

Payne is a former soldier enjoying retirement as the owner of a jazz nightclub. He’s enjoying the good life until his brother, Cody (Grant Campbell), gets killed during an undercover military operation. Now he’s off to Romania to bury Cody while unraveling the conspiracy that got him killed. Along the way Payne meets up with some of Cody’s former unit including his best friend Mason (Luke Goss, Blade II) and commanding officer Briggs (Randy Couture, The Expendables). And what’s with the mysterious blonde (Madalina Anea) that showed up at the funeral?

Director/co-writer Keoni Waxman and co-screenwriter Thomas J. Churchill seem to think they’ve set up an elaborate twist, but the bad guy is so obvious early on I kept waiting for a twist. Waxman also has this frustrating habit of going too heavy with the overly stylized transitions. They’re the kind of deal that works best in smaller doses than Waxman is interested in doing. There’s some sequences that get uncomfortable with the violence towards women with some scenes designed to just make the bad guys look like awful people however it’s one of those cases where telling, not showing would have been more impactful.

The film is also a solid reminder of the charisma and presence of the dynamic White. He’s the kind of performer that makes me wonder why some studio hasn’t continually tried to center him around a franchise. Dwayne Johnson had several so-so films on his resume before he became a blockbuster draw. White has the added bonus of being able to pull off his own stunts. There’s something mighty impressive about a guy of White’s stature doing combination side kicks as crisp as a Jet Li or Tony Jaa.

For the most part, Waxman doesn’t get in White’s way during these fight scenes letting his star showcase his wide repertoire of martial arts moves. There’s the occasional slow motion or ‘instant replay’ from a different angle, which Waxman thankfully doesn’t overdo and lets the action play out smoothly.

Payne doesn’t consider what he does to be fighting since his opponents rarely lay a hand on him. That lack of vulnerability could have been annoying, but Payne largely battles guys several notches below his league so it makes since that he kicks their tails so easily. Besides, Mason is on hand to be the less formidable ally and take a few more punches.

Goss makes for a solid sidekick and his solo scenes are compelling enough that it’s not a slog waiting for Payne to show up again. Couture hasn’t gotten any better as an actor since the first Expendables, but he’s got enough presence that he’s fine in this limited role. 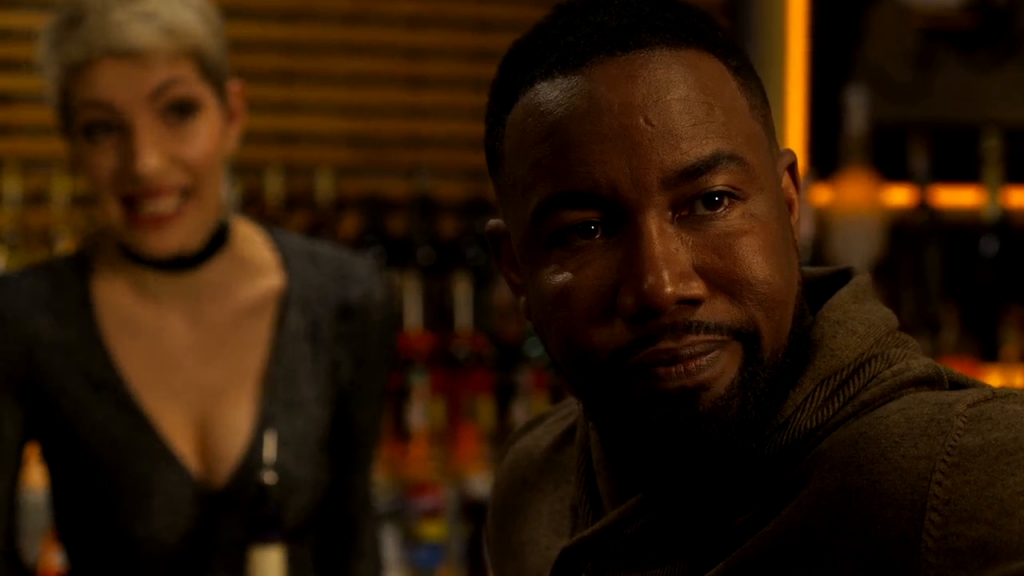 If anything, The Hard Way makes the case for being such a platform for White. And the not so distant future of films are Netflix originals that boast higher production values than low-budget independent films that can reach wider audiences.

By the film’s midway point I wasn’t sure if it was more of a martial arts slant on James Bond since White has no problem pulling off the occasional pun with ease or Shaft as Payne can’t sit by while others need his help. Either way, I’m happily filing my request for at least one sequel.