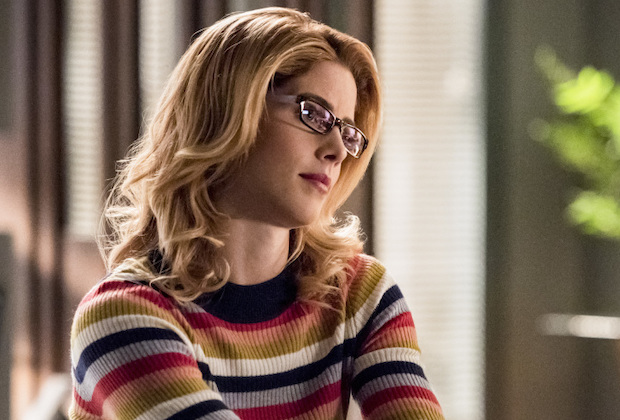 I can almost hear the crying Olicity fans now. Emily Bett Rickards announced on Instagram that she’s leaving Arrow at the end of this season.

‘Felicity and I are a very tight two. But after one through seven we will be saying goodbye to you.‘

Based on the statements from executive producers Greg Berlanti and Beth Schwartz, it sounds like Rickards has a new gig lined up.

‘We’ve had the pleasure of working with Emily since season one and in those past seven years she has brought one of TV’s most beloved characters to life,’ the duo said in a statement. ‘And although we’re heartbroken to see both Emily and Felicity leave the show, we’re completely supportive of Emily and her future endeavors. She will always have a family at Arrow.’

I’m not gonna lie. I’m ecstatic about this news. Felicity had become a toxic character on the show with the writers’ inability to write her as anything but perfect and with her gone, Arrow’s shortened Season 8 could be a lot more fun.

What do you think of the news?