With any luck Alien Warfare will be the worst movie I see this year.

Everything about the film feels terribly low budget. From the clearly under construction warehouse standing in for a military lab, the clunky armor and costume design of the aliens and the cheesy special effects, Alien Warfare has the look of a film done on the cheap.

An elite squad of four Navy SEALS are brought in to investigate the sudden disappearance of a hundred scientists at a research base.

This squad has worked together on several missions, but the last one went bad prompting the suspension of team leader Mike (Clayton Snyder, Lizzie McGuire). Complicating matters further, he’s been replaced his brother Chris (Dave Meadows).

Chris feels threatened by Mike’s assignment to his squad and basically throws a series of mini-temper tantrums anytime his authority is questioned.

Jonesy (Daniel Washington) is the jokester character who considers his body a temple and is obnoxiously focused on his physique. The problem is Washington looked like he started training two days before shooting.

Thorpe (Scott Roe) is the squad’s resident tech geek whom Jones assumes is so uptight because he needs to get laid.

As far as character development goes, it’s not great, but I appreciated the effort made to distinguish the characters.

Upon arriving at the lab, the team finds a lone survivor, who just so happens to be an impossibly gorgeous scientist (Brazilian model Larissa Andrade).

Isabella breaking down science facts reminded me in all the worst ways of poor Denise Richards trying to pull off an even remotely believable nuclear physicist in The World Is Not Enough.

Things quickly get worse for the squad when a squad of aliens arrive in search of a mysterious canister the scientists were exploring. Chris and his men are no match for the aliens or their technology and have to start relying on their ingenuity to survive.

I’m making this sound more exciting than it is and for that I sincerely apologize lest you get tempted to watch it. This is a case where every conceivable opportunity for the film to get interesting is squandered.

The script, credited to three screenwriters, sounds like the work of guys who’ve watched enough war films to think they’ve got the lingo down pat. Instead, the dialogue comes off like military jargon bingo.

Director Jeremiah Jones couldn’t do a lot with his performers — some exchanges are dreadful and it’s obvious he didn’t have much to work with here — but it’s hard to sell a tense alien vs. man confrontation in such a well-lit bright environment. Call it the exact opposite problem of The Long Night episode of Game of Thrones. 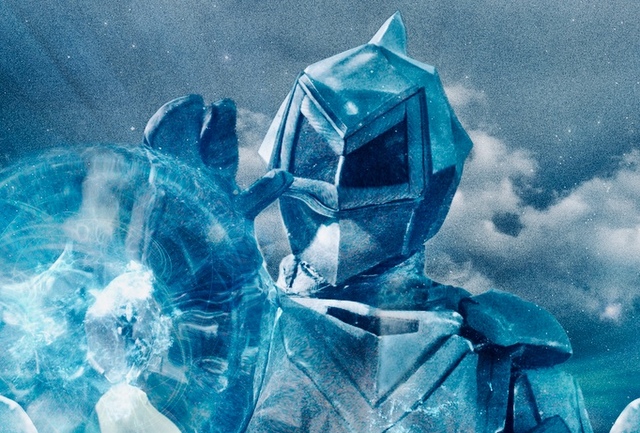 Cinematographer Pietro Villani needed to kill some of the lights and dirty up the clarity some as the ultra clear presentation makes the film look too pristine and clean.

Jones isn’t exempt from blame as the scenes generally come off flat and there’s no sense of suspense. Maybe the most intense moment is when Jonsey crosses the barricade to rescue a blender.

The formation patterns Jones has the squad move in look wrong and seem like an ideal way for them to get killed of this were a real scenario. The team also acts like idiots with no tactical sense at all.

The aliens are less threatening and more lumbering, poorly coordinated oafs. Some of this is explained later, but as the antagonists, they’re not very effective. It doesn’t help that the special effects look like they were done with Microsoft Paint.

There’s always that temptation to give a short movie on Netflix a try. The thought is it doesn’t cost anything to give it a shot. Alien Warfare is one of those films too silly to even appreciate as a guilty pleasure. True, it’s not blowing $20 on a movie ticket, but this sci-fi farce isn’t worth your time investment either.