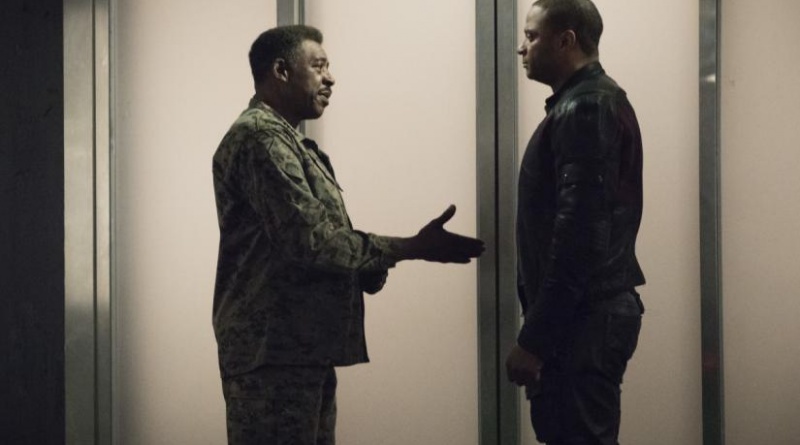 Spartan was one of the better recent Arrow episodes, which I can attribute to this week’s guest star and the emphasis on another member of Team Arrow.

Normally, I’d complain about a super late character backstory reveal like John having a stepfather, but I’ll allow it in this case since his stepfather was played by Ernie Hudson and his last name happens to be Stewart. Arrow has randomly thrown in the occasional Green Lantern Easter Egg, but this was a potentially huge one and it was kinda fun the way it played out.

John’s stepfather is a general whom John has had a longstanding beef. John resented the general for stepping in on his widowed mother months after his father was killed in action saving his unit. I love John’s (aka the writers) selective memory here. Season 1 was all kinds of weird with John pushing up on his brother’s widow or were we supposed to forget that? 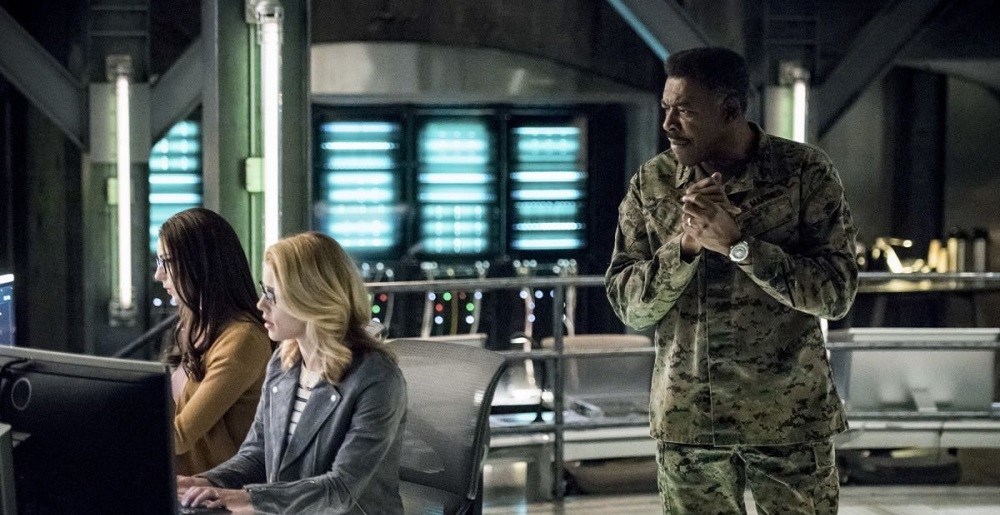 The main plot this episode was The Ninth Circle snatching Archer out from under Felicity, who just now realized it could potentially be used in a worst way than her casual invasion of privacy.

Gen. Stewart tags along on the recovery effort only to get captured with John. Dante has big plans for them, specifically military codes with valuable intel on operatives and operations. Stewart gives them up for John, who doesn’t understand why he did it. Hey John, at least it’s not a Time Stone!

Turns out Gen. Stewart spared John from knowing his father was negligent and got himself and a lot of soldiers killed. This doesn’t explain moving in on Momma Diggle, but whatever. I know Hudson was a bit of stunt casting, but he really fit in well with the current cast dynamic.

Oliver manages to tell Emiko that Dante was the one who killed her mother. She’s not buying it and fights him to another standstill. I really wish Emiko were better developed. Oliver not fighting to his full level because of a sense of honor for the sister he never knew would have so much more impact if Emiko had been introduced earlier or her intentions so rushed on the back end of the season.

Emiko decides Oliver might be on to something and confronts Dante, who completely goes against the villain code and owns up to killing her mother since she made her weak. Really? That’s a weak motive and a pathetic way to keep her loyal. Clearly the writers have lost interest in Dante so Emiko does us all a favor and kills him. But now what? Emiko’s entire storyline was finding her mother’s killer and why would she have any sense of obligation to The Ninth Circle who orchestrated her mother’s death? This whole arc needed another pass to work out kinks and character motivation.

Felicity says she wants her life to have more of a purpose than just being Overwatch. This seems more like laying the groundwork for Emily Bett Rickards’ departure than a logical step for Felicity. It’s not like she hasn’t run three companies and designed a big brother tracking device.

Alena is there for the weekly dose of Felicity propping telling her it’s not Archer that makes her special, but whatever she does will change the world because she’s Felicity Smoak. Ugh. I did like the Easter Egg of Will Magnus wanting to buy Archer. Will and the Metal Men would definitely put it to better use.

The flash forwards were slightly more eventful than usual. Felicity needed help finding a device to unlock the helmet Laurel recovered so Mia and Connor went on a fetch quest. Connor actually found a lead and got the device from the Deathstroke gang, which is being led by his brother John Jr. It’s more than a little depressing that all of Team Arrow’s efforts were for nothing and their kids generally became such major screw ups. 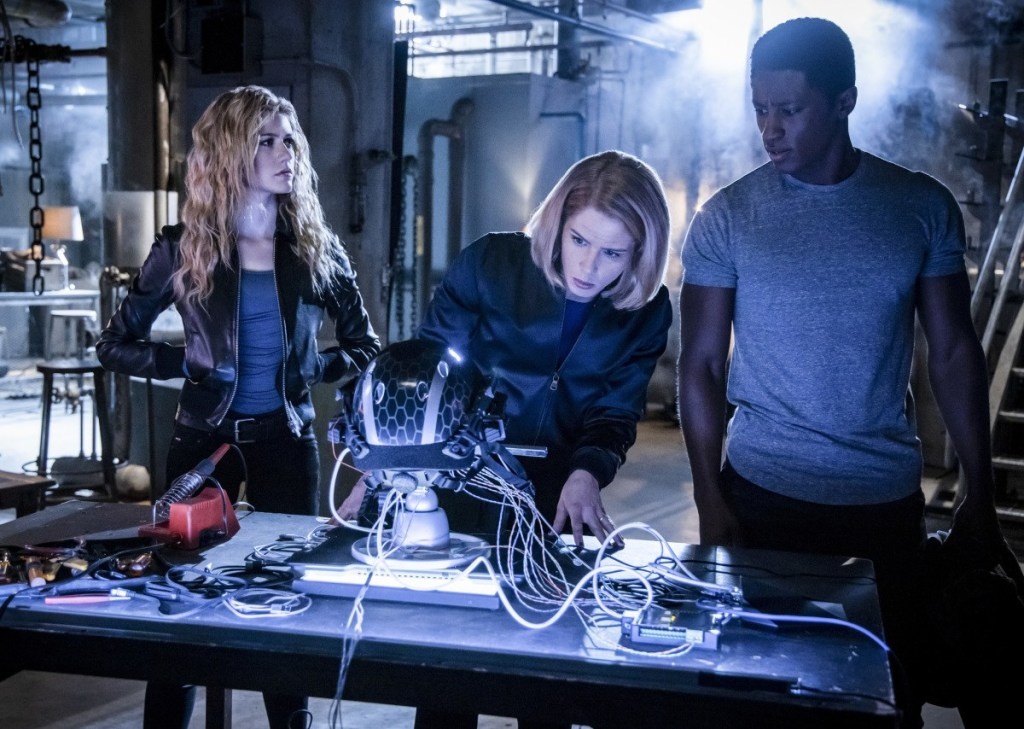 It’s not hard to catch the romantic tension with Connor and Mia and for the first time this season she showed more of a personality than scowling vigilante. With the device in hand, Felicity realizes the helmets let the wearer have nearly superhuman abilities and it’s all thanks to Archer. Truly that’s the bad idea that keeps on giving.

Spartan had a better flow than most episodes, but still struggles with making sense of the main plot, which seems less clear the closer we get to the season finale.