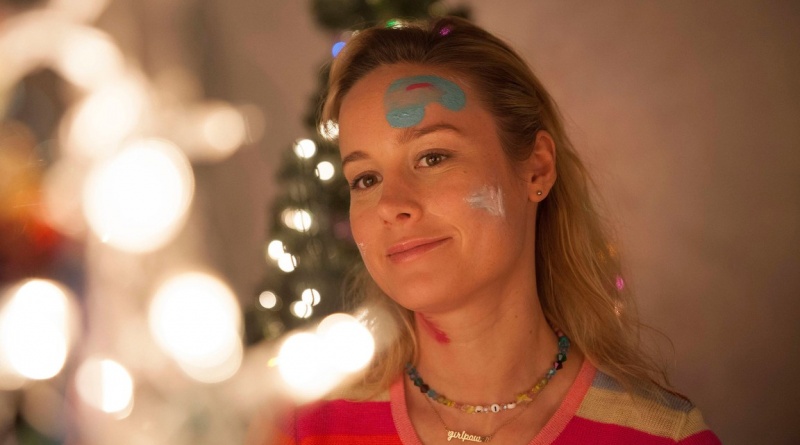 There’s no denying that Unicorn Story is a weird movie. Even after I finished it, I’m still not quite sure what to make of it. At best it’s the kind of quirky daring film perfectly suited for a quiet afternoon stumbling around looking for something new on Netflix. On the other hand it might be too quiet, too subdued and out there to truly connect with a wide audience.

Brie Larson (Avengers: Endgame) does double duty as both the star and director of this unorthodox tale of a young woman whose childhood dream might finally come true.

Kit has always indulged her creative side. She’s that colorfully dressed person you’d hope didn’t sit next to you on the bus or train. But everyone isn’t as charmed by her childlike fashion sense and expression, which leads to her failing at art school. Her minimalist instructor was not a fan of Kit’s go glitter and get more mentality. 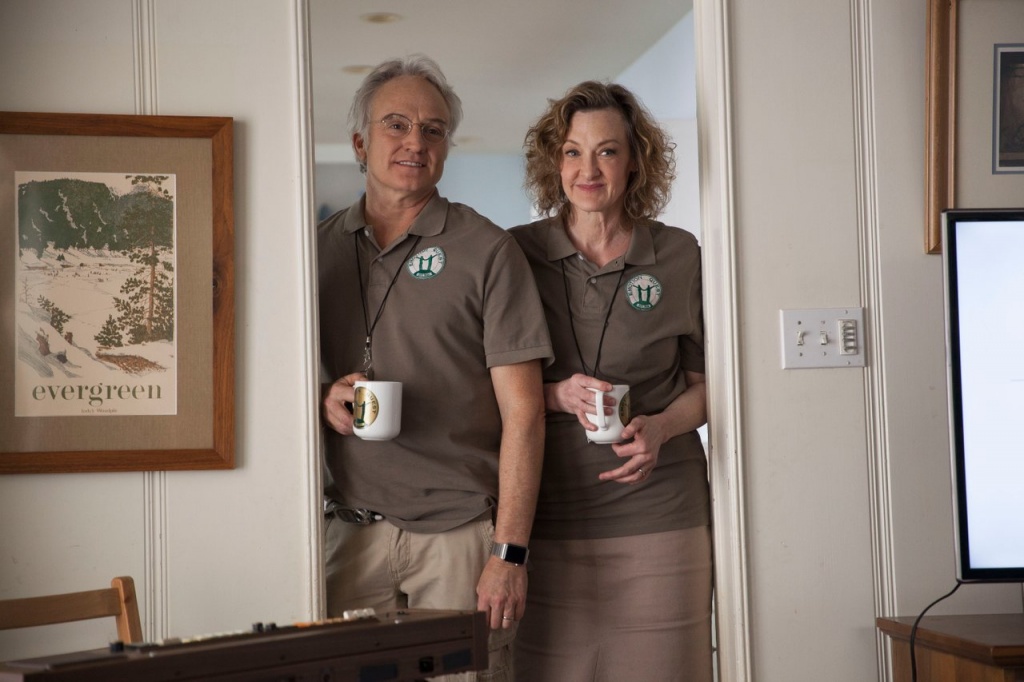 Forced to suffer the indignity of moving back in with her parents (Joan Cusack and Bradley Whitford), Kit is living the millennial nightmare of being aimless, directionless and being told her vision of her life is invalid. Kit’s parents are counselors used to working with troubled youth, but they’re struggling to find the words to help her as she sinks into a mini-depression.

Considering the possibility that maybe she has it all wrong, Kit gets a temp gig where she tries to fit into the corporate work environment right down to the sexually harassing supervisor (Hamish Linklater, 42). Just when Kit is set to plunge into a joyless, suffocating life, she receives a series of invitations to The Store that could change everything.

Run by the charismatic and colorfully dressed Salesman (Larson’s Captain Marvel co-star Samuel L. Jackson), Kit has the chance to get the one thing she’s always wanted — a unicorn. But to prove worthy of the magical creature, Kit has to pass a series of tests. Kit does come across naive in some respects, but she has a healthy amount of skepticism with this too good to be true opportunity.

Kit partners with Virgil (Mamoudou Athie), an employee at a hardware store and convinces him to help her with this secret mission. Virgil reluctantly agrees and eventually gets taken with Kit’s wide-eyed take on life. 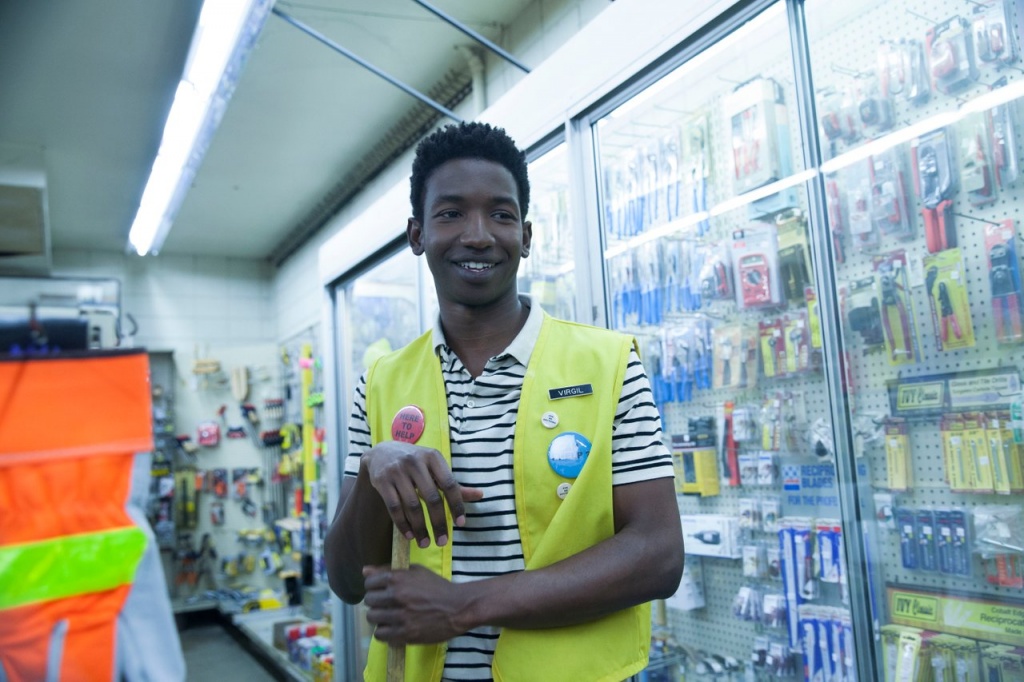 Samantha McIntyre’s script is quirky with awkward character interaction and intentionally weird moments. It’s hard to get a read on how to take the film. On the surface it plays out like an adult fairy tale, but it’s the kind of story that has more layers the deeper the viewer wants to go. Not all of those moments work, but there’s enough that connect with genuine humor that it kept me invested.

Larson has dabbled in a couple of shorts, but Unicorn Store marks her first feature film directorial effort. She balances the mythical mystery of the film with little trouble and maintains a tone that’s never too serious, silly or weird. This script is hardly traditional, but Larson handles it smoothly.

In front of the camera, it’s much the same. Larson has this calm assurance that could be mistaken for a certain level of detachment. It’s more that Larson spends just the right amount of time allowing Kit to process things without spitting out dialogue that’s not nearly as helpful. Kit’s eagerness is infectious and it’s hard for those around her to resist. Larson has some nice moments with Cusack and Whitford and has tremendous chemistry with Jackson. It’s easy to see why Larson and Jackson continue to collaborate — this is their third project along with Kong: Skull Island. 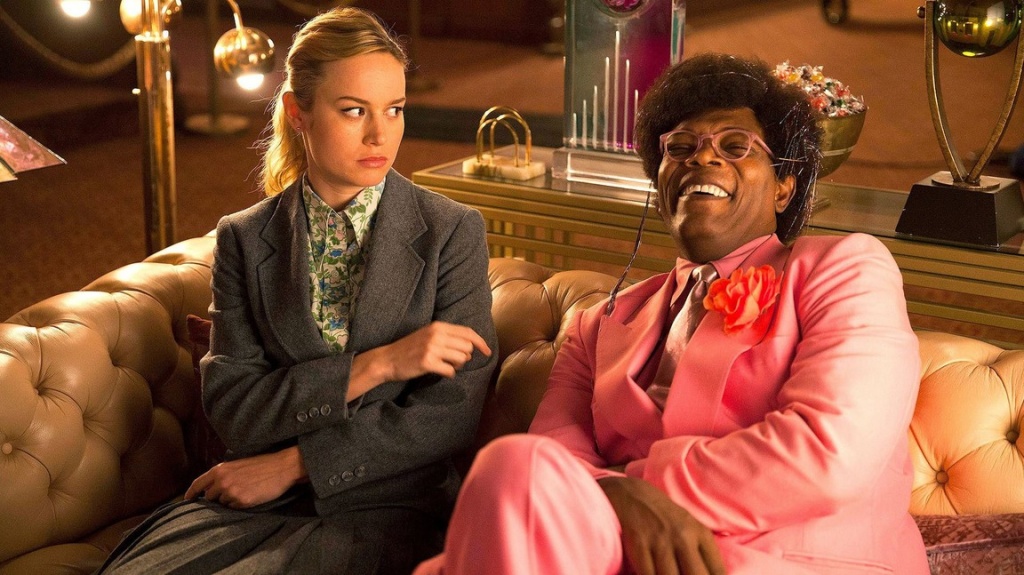 Given the fairy tale nature of the film, Kit needs only get so romantic with Virgil, but their subplot lacked a stronger payoff. Fortunately that’s not the case with the main plot. I was concerned we were going to get some cop-out conclusion, but it has a definitive ending. Given that so much relies on this ending, it doesn’t entirely feel earned, but there is a welcome sense of closure.

Unicorn Store is not going to be for everyone and in a lot of ways that’s the point of the film. For some viewers, this will hit them in the cinematic sweet spot and inspire think pieces, memes and deep social media posts. Others aren’t going to get much from it and that’s OK too.  Conforming to society and other people’s opinions isn’t all that thrilling anyway.