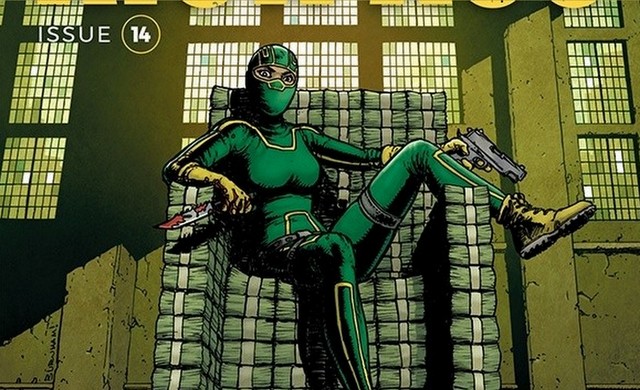 You know why Kick-Ass is such a great book? Its creative team know exactly the lane it excels in and don’t bother doing anything more or anything less. They’ve got a winning formula and there’s no need to mess it up by trying to introduce wackiness like super powers, big events or goofy crossovers.

You’d think by the first year since the relaunch of both titles we’d see Kick-Ass and Hit-Girl team-up. That hasn’t happened yet because it’s not necessary for the story. It makes both titles immensely rewarding and provides a certain confidence that this creative team knows what they’re doing.

This issue finds Patience dealing with a potentially troublesome issue with some of her disgruntled gang leaders over putting the drugs they stole back on the market. But she gets some unexpected new recruits who sign up, not because she offers the best pay, but out of a sense of obligation and a desire to repay a debt. This squad could prove very useful or be the start of a disastrous decision on Patience’s part. I kinda like the idea of Patience having a killer elite squad decked out like Charlie’s Angels. 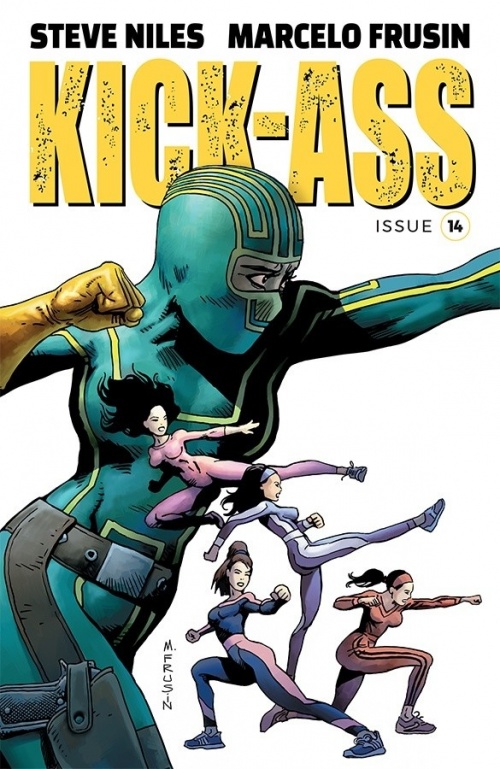 Then there’s still the matter of the Ivanov Brothers, who have recruited a deadly assassin with a knack for using machetes to take out Kick-Ass.

Writer Steve Niles always has a number of balls in the air ready to tumble down at any minute to rock Patience’s world. Whether it’s her feelings for Coop or dealing with Maurice’s blackmail, Patience’s non-vigilante world is just as exciting as what she does in costume. Niles smartly doesn’t tip his hand with everything allowing some developments to play out over time to make these choices even more impactful.

Marcelo Frusin’s art is simple, but it never feels cheap. Frusin adds just the right amount of detail in his panels to tell the story. With some books, the sparse backgrounds would seem like a shortcut, yet in his case it  makes for a more dramatic presentation. Sunny Gho’s colors always impress as he’s not afraid to use bold and bright colors in this world while maintaining a certain sense of darkness.

Kick-Ass #14 introduces some new players to the game as allies and adversaries. The vigilante crimelord subplot continues to be one of the most interesting twists in comics and the creative team remains on fire with this title. This is one book that never disappoints.