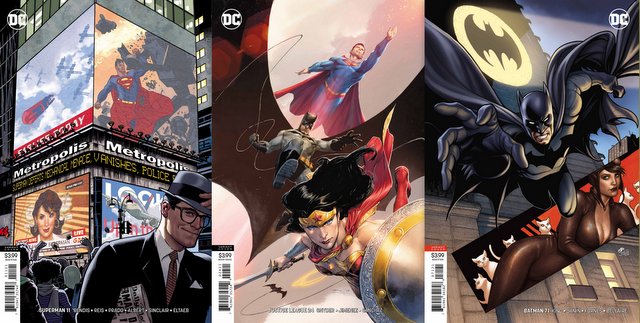 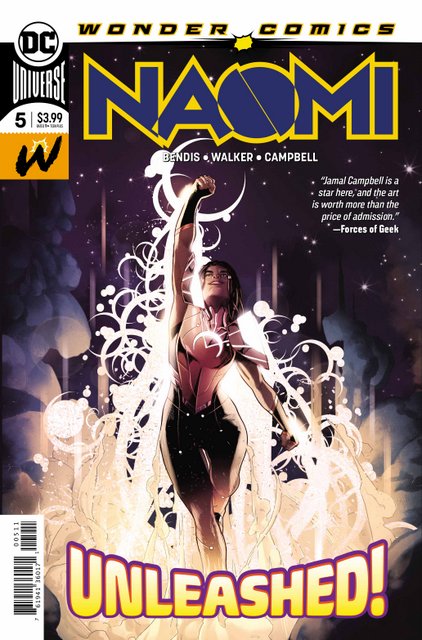 After four issues of build-up, Naomi’s fifth issue almost felt like a massive information dump. David Walker has been writing this book with Brian Michael Bendis and this issue definitely read like a Bendis script.

Naomi finally learned her origin, but the way the information was presented made it read like some of this would have been better served spread out over some of the earlier issues. Most of the issue is Naomi repeating a story to her best friend in the middle of the night. It’s the fastest way to convey a lot of information, but doesn’t always make for the smoothest read.

There’s full paragraphs on the splash pages and I felt bad for letterer Wes Abbott trying to cram all of them onto the various pages. Artist Jamal Campbell doesn’t have as much to do this issue thanks to a large number of wide open splash pages. Campbell is a fantastic artist and his painterly style really works with this galactic story.

My earlier complaints aside, Walker and Bendis set up some fascinating possibilities that should present Naomi with very intriguing options going forward. I appreciate the unconventional approach to Naomi even if the pacing in this issue played out like a massive game of catch up after a series of more methodical issues. It’ll be fun seeing where Walker and Bendis take the series and just how extensive they plan on going with Naomi’s backstory.