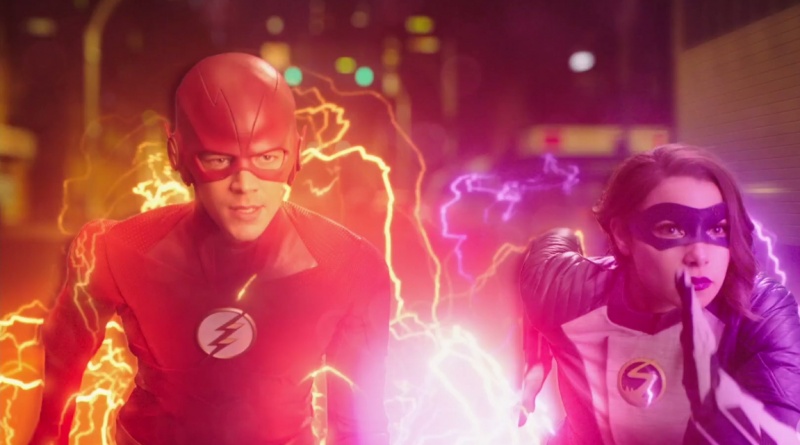 The Girl With the Red Lightning marked the penultimate episode of The Flash’s fifth season and if you’ve watched any Arrow-verse show, you know this is when things change especially on The Flash. The formidable villain who always overwhelmed our heroes suddenly starts revealing vulnerabilities. Team Flash whips up some unexplained science gizmo that saves the day. For whatever reason the execution of what we’ve been conditioned to expect was lacking leaving me with a general sense of meh for the season finale.

The prison guard, who if Supergirl has taught me anything, is probably gay since he’s a minority; tortures Thawne one last time before his death sentence. This would mean more if the guard was written better than abuse of power prison guard cliche. Did Thawne kill his kid or someone? Thawne is a pretty evil dude and he’s probably the last guy worthy of any sympathy.

Grace meanwhile is “talking” to her uncle. It’s still very unclear if Uncle Orlyn is real or a hallucination. He touched her shoulder, which doesn’t necessarily mean much, but it was done in a way to suggest he was real.

Leery of how fast Cicada II plans to unleash this meta-killing virus, Team Flash starts coming up with a solution. I’ve gotta be that guy in this case. Why can’t Barry learn how to make the cure at super speed and then proceed to administer it to all the metas who want it in five minutes? This was silly tension for the sake of it when the headliner of the show could actually provide the easiest solution.

This is my biggest problem with the whole team concepts on these shows. The hero has to be less than so everyone else has a purpose. Could you imagine if Aquaman was on Supergirl and how awkward it would be to try and force some aquatic scenario so he could help?

Instead, Joe and Cecile have to have all the metas come to the police station presumably because the Jitters set was being used for something else. Despite handling every problem his crew has brought to him in four seasons, a mass of people is suddenly too much for Joe. That was absurd. Eventually, he becomes Poppa Joe again, but that was silly.

Sherloque finds his girlfriend Rene just as Cicada arrives. I really thought after that first meeting XS opened the door to distract Sherloque with a new mystery. I was way off as Rene actually just has powers of metal control like seemingly every other person on this series. Rene actually doesn’t want the cure since she likes her powers. Hard to blame her. Could you imagine actually being able to Force open doors? I wouldn’t give that up either. To avoid his lady getting a boomerang dagger in the back, Sherloque sends her off to his Earth thanks to the magic Vibe portable device.

Nora realizes she can see through Grace’s eyes thanks to their psychic link, which was introduced about 10 episodes ago. That’s some pretty convenient timing on this discovery. And it was Grace’s anger that led to Nora’s red lightning flare up not any festering resentment about her folks trying to bench her again. And why would Barry and Iris suddenly think it’s too dangerous for Nora to be in the field?

Ah this was just so Nora could realize after 20 episodes she is an adult and can handle herself. Too bad this couldn’t have been how Nora was introduced as a confident, competent hero instead of the goofy, mistake-prone novice that showed up this season. Nora says let’s go catch our big bad, which seems a bit too meta even for a show that constantly references Marvel Comics characters.

All of this science chatter is hurting my brain! Basically, Cisco has created a device that can teleport(?) or disintegrate (?) Cicada’s dagger. Cisco has the helpful comment of not knowing or particularly caring where the dagger is going. That doesn’t seem smart.

I’ll say this as non-sexist as possible. Iris’ wardrobe this episode has been fire. That is all.

Ralph is pre-occuppied trying to make sense of the Cicada mystery, but for some reason Barry keeps blowing him off. This is annoying as Ralph is bringing up questions no one else seems to care about. Ralph also might truly be the most improved character in the Arrowverse from one season to the next. What a turnaround!

Cicada heads to CCPD to absorb all the dark matter. That was thoughtful of Team Flash to bring them in one place, but since it’s the end of the season, a cold blast and bump from Barry are enough to knock her out for a moment. That’s enough for Cisco to rig up his device to stop Cicada’s virus bomb.

Flash, Elongated Man and Killer Frost opt to talking and gloating while Cicada is down instead of even reaching for some zip ties. Cicada reveals she never even had the dagger in her timeline. Wait, what? Man do the writers even know what they’re talking about at this point??

Back to the future where the guards are preparing to strap Thawne in. They remove his vest to reveal…the dagger. Two questions: just how lax is security in the future that a dude could be wearing a dagger and no one’s worried about it and secondly, why did no one immediately take said dagger off? 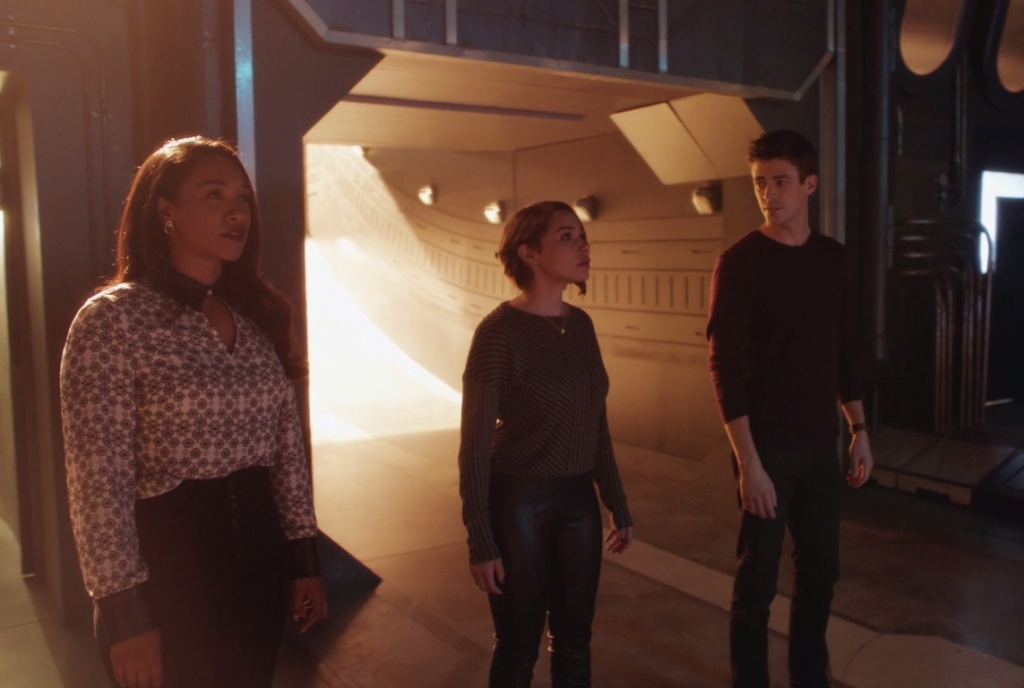 The Girl With the Red Lightning was more confusing than it needed to be with some illogical decisions that come at the worst possible time as we head toward the season finale.