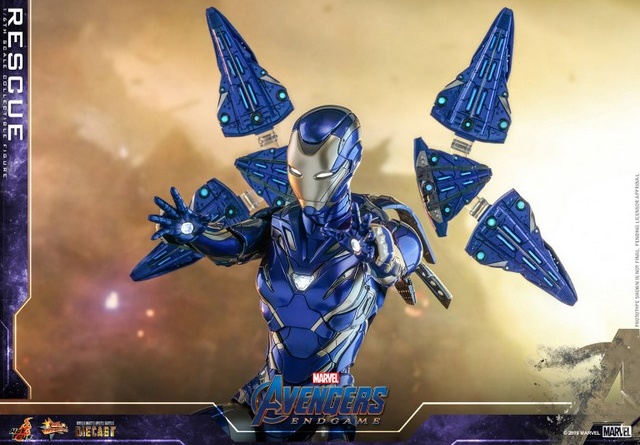 Hot Toys has made some interesting Avengers: Endgame choices. I’m still waiting on Smart Hulk and Okoye in particular, but we’re getting closer to all of the pivotal characters. The latest addition to the collection is Pepper Potts in her Rescue Suit of armor.

“We’re going to be okay. You can rest now” – Pepper Potts 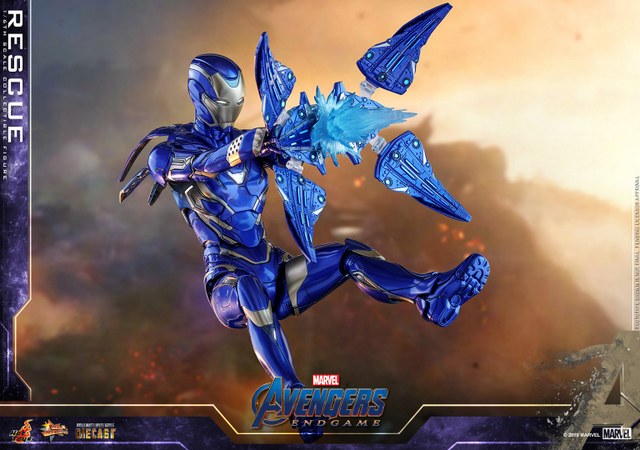 Wearing the Rescue Suit designed by Tony Stark, Pepper Potts joined the Earth Mightiest Heroes in the final battle against Thanos and his army in Avengers: Endgame. Originally working as Tony Stark’s personal assistant, Pepper brought balance and order to Tony’s messy daily life, and subsequently became his love interest. Now, the wife of the super hero will strive to protect world order in her own sophisticated suit of armors.

Revealing one of the most popular characters in the Marvel Cinematic Universe, Hot Toys is thrilled to introduce the 1/6th scale Rescue collectible figure as a new addition to the Avengers: Endgame lineup!

Beautifully designed with gorgeous detailing, the highly-accurate figure is crafted based on Gwyneth Paltrow’s big screen appearance as Pepper Potts/Rescue from the movie. Featuring two interchangeable head sculpts including a newly painted head sculpt with removable mask and an interchangeable helmeted head with LED-light up function, skillfully applied metallic lavender blue, champagne gold and silver colored armor, LED lights shine through various areas of armor, iconic weapons including a long drone and a short drone to recreate the fight scene alongside Iron Man and The Avengers, multiple pairs of interchangeable hands for different gestures, and a dynamic themed figure stand. 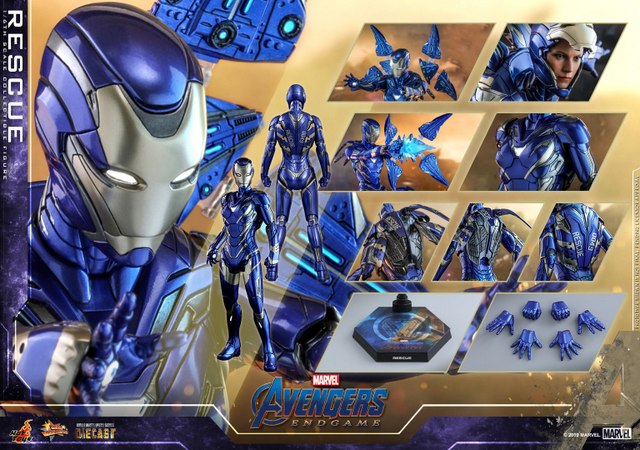 You can pre-order Pepper as Rescue from two LMF partners.

Sideshow Collectibles has it for $407