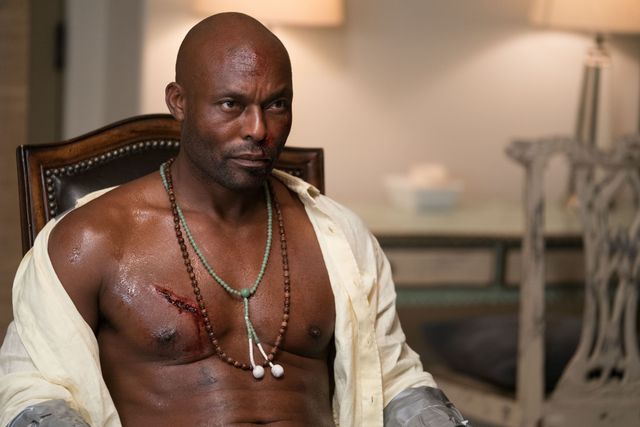 Rattlesnakes is a rare movie in that if it ended a minute earlier I really would have loved it. Or if that fateful final 60 seconds played out slightly different, it would have worked. Instead, it makes for an extremely frustrating conclusion to a well-paced, well-performed film that deserved a more satisfying payoff.

Times are tough for Robert McQueen (Jimmy Jean-Louis, Tears of the Sun). Despite his regular gig as a yoga instructor for hot and bothered young-ish housewives, Robert is facing eviction. Determined to keep his wife, Celine (Robinne Lee, Being Mary Jane), and daughter in their home, Robert puts in some extra work in one-on-one meetings with a select group of women.

Robert keeps thinking of one in particular — Lizzy Hanson (Kathleen McClellan) — a passionate painter who’s in a loveless marriage with her husband Richie (Jack Coleman, Scandal). Concerned about Lizzy’s erratic behavior, Richie gets the proof he needs that she’s having an affair and is ready to get payback.

Lizzy isn’t the only one Robert is hooking up with as his “special services” also extend to Richie’s sister, Esther (Rya Kihlstedt, Charmed), and the wife of one of his business associates. Richie lures Robert into a meeting with Lizzy where the three husbands ambush him looking for answers. As the film unfolds they all learn secrets they would have been better off not knowing. 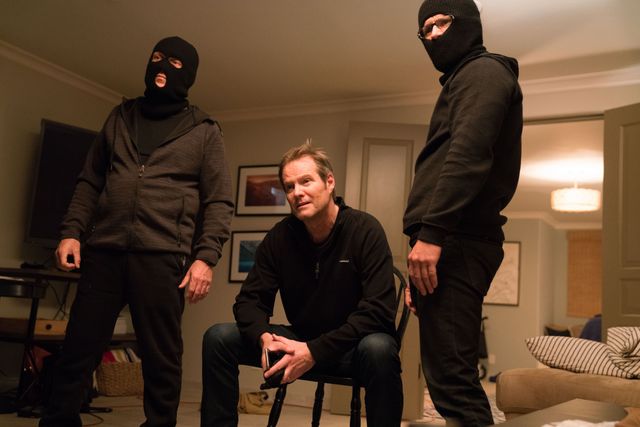 One cool aspect of the film is it features a mini-Heroes reunion. Jean-Louis and Coleman’s characters worked closely together in the original series so it was fun watching them play off each other here. As the two main characters, their interplay being effective was the most important aspect of this unpredictable battle of wits. Kihlstedt was a major character in the rebooted Heroes Reborn series and worked with Jean-Louis and Coleman.

Director/Screenwriter Julius Amedume adapts Graham Farrow’s acclaimed play. Amedume brings that intimate stage sense to the film with most of the drama occurring in two rooms. Naturally, Amedume can take advantage of the format to bring more flair to the retelling of events via flashbacks and dramatic cuts that slowly reveal the full story.

In this sense, Amedume hopes to take the audience along on the same ride as the characters as they try to make sense of the full story. That doesn’t always work as the characters behave in a manner that seems illogical with the script relying too heavily on keeping the character development to a minimum to make for an effective twist ending.

Robert doesn’t seem to fully appreciate the severity of his situation. Bound and strapped to a hotel chair with three guys with knives and hammers, Robert goads them and deliberately withholds information particularly the nature of his relationships with the three women. Maybe they would believe the truth, but it seemed silly that Robert would willingly put himself in harm’s way to string along these husbands for the sake of a secret that’s not his own. 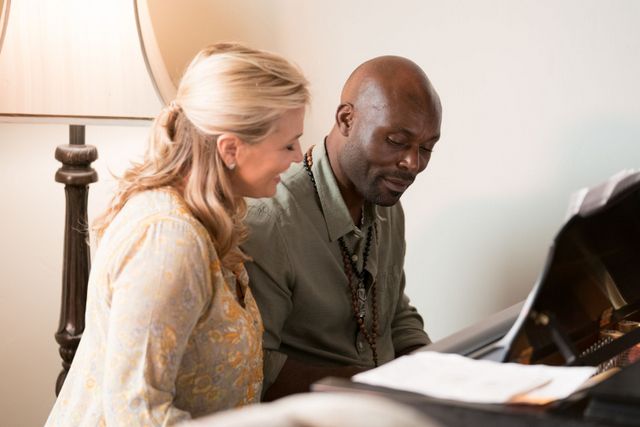 Amedume doesn’t go too heavy trying to force the mood beyond a subtle score that manages to avoid feeling intrusive and overly dramatic. McClellan has a key role in the final act that really starts to make you question the truth.

Without spoiling everything, the finale involves a rattlesnake in the most convoluted way possible. As Amedume already established the rattlesnake was in the vicinity, it wouldn’t have been that hard to simply maneuver it in a different location. That specific placement is far too unrealistic — most people would notice a rattlesnake in their immediate view and it makes a smart character look incredibly stupid for no good reason.

Sketchy ending aside, Rattlesnakes kept me engaged from the cryptic opening sequence right through to the credits. The acting is on point and the intimate setting avoids feeling cheap, but I wish it opened up the characters more before the revelation moments to really drive home the dramatic stakes.