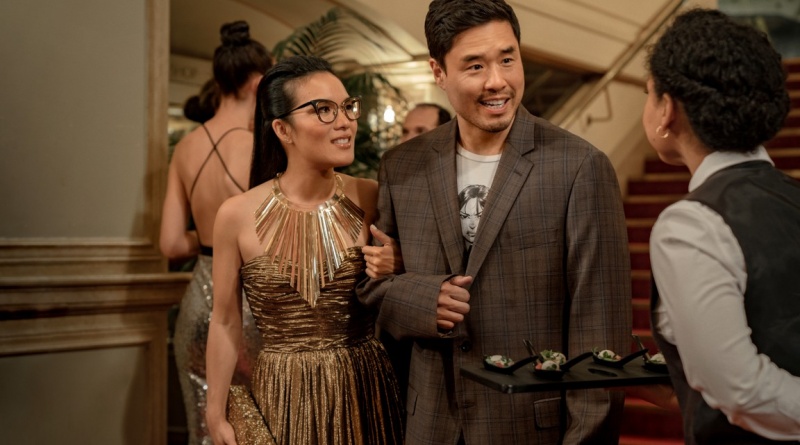 Always Be My Maybe is a really good romantic comedy. It’s crazy how Netflix basically revived the genre and we’re getting quality ones every other month. Even better, the faces in front of and behind the camera are refreshingly more diverse.

Diversity might be more important in rom-coms than any other genre as they tend to have a very basic template that had grown stale over the years. It’s not surprising then that Netflix’s more popular rom-coms have been those who didn’t regularly headline those films in the 90s and 00s. Fresh perspectives are essential to a genre that audiences know exactly how it will play out within the first 10 minutes. It doesn’t change the end point, but the cultural elements of ABMM give it a unique spin the genre rarely provides. 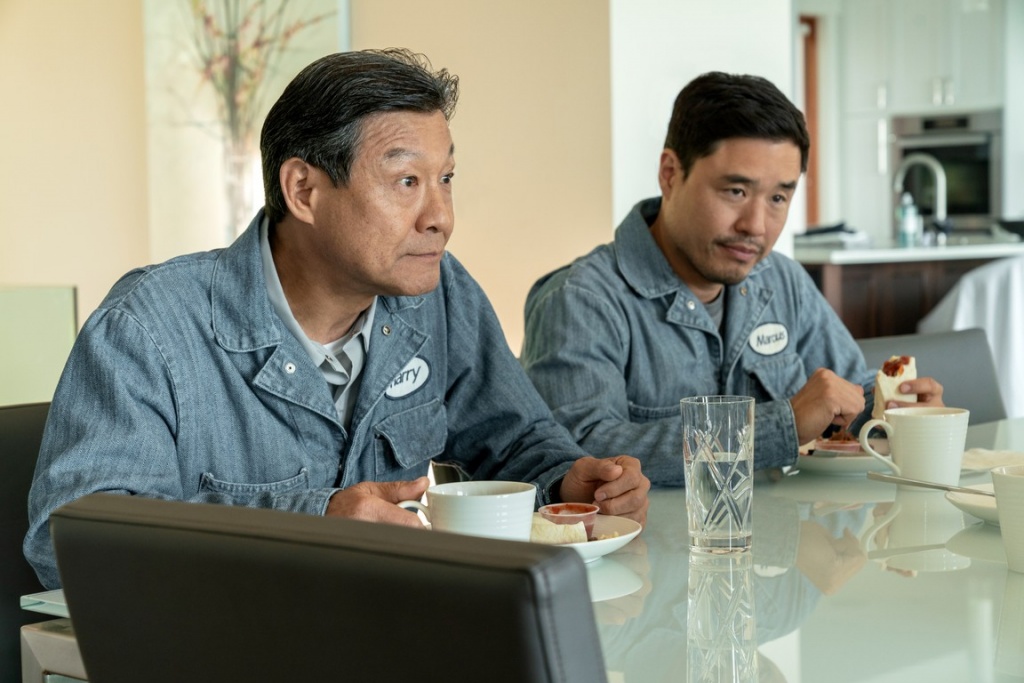 Randall Park and Ali Wong co-wrote and star in the film about two childhood friends who reconnect after a bad falling out in high school. Sasha (Wong) has gone on to become a celebrity chef and opening new restaurants around the country. She’s also got the industry buzzing with her high profile engagement to business magnate Brandon Choi (Daniel Dae Kim, Lost).

Meanwhile, Marcus (Park, Aquaman) is still living at home with his father, Harry (James Saito, Iron Fist), and helping with his air conditioning installation business. Marcus’ one passion project besides weed is his band where he sticks to the comfort level of playing in the same old dive bar week after week with pals Tony (Karan Soni, Deadpool 2), Ginger (Charlyne Yi) and Quasar (Lyrics Born).

Sasha’s assistant, Veronica (Michelle Buteau), casually arranges for her two high school pals to reunite at Sasha’s temporary home while she wraps her new restaurant’s opening. Buteau is very funny while navigating some the Netflix cliche BFF plot points of being a lesbian minority who’s also pregnant. I’ve gotta think somebody is already working on a project with Buteau in the lead. She’s too charismatic and likable to be stuck in the BFF roles for the next five years. 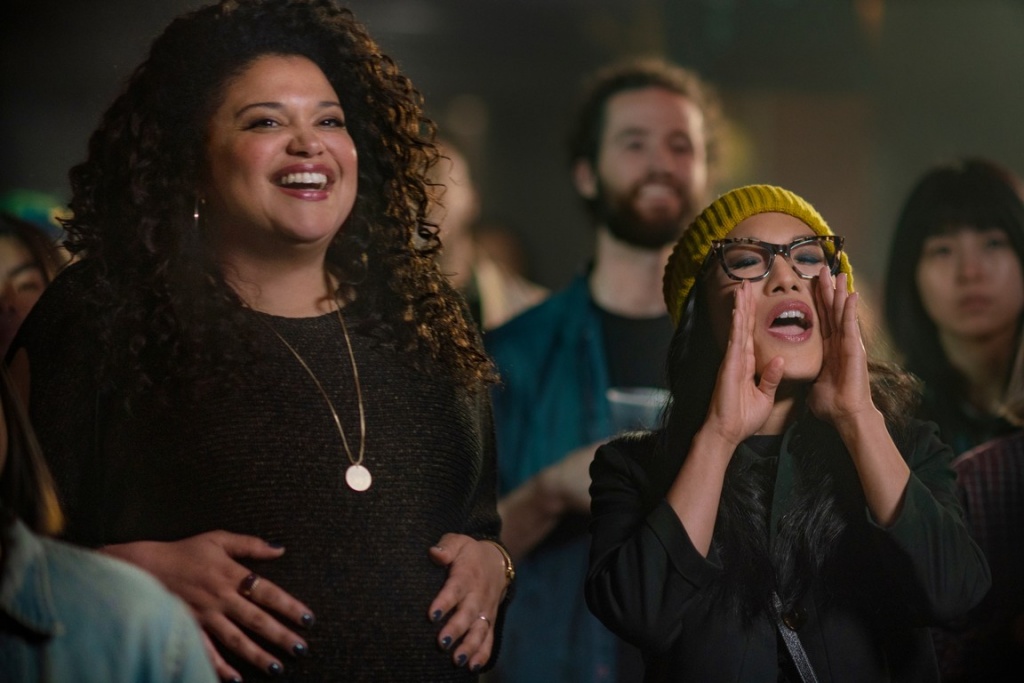 While there’s some adversaries to overcome, including Marcus’ odd girlfriend Jenny (Vivian Bang), it’s just a matter of time before the inevitable. The script Wong, Park and co-writer Michael Golamco create still allows for some unpredictable and funny moments.

Keanu Reeves (John Wick Chapter 3 – Parabellum) has a ridiculously funny cameo where he’s spoofing of his deeper than your average celebrity reputation. Reeves is a good sport in dialing up the obnoxious factor up to 11 showing he doesn’t take himself too seriously. It’s a highlight scene in the film that’s given enough time to make it more than stunt casting, but thankfully it’s not the only scene that will stick with viewers.

Park tends to get cast as the reliable slightly awkward comic relief guy in supporting roles like Office Christmas Party and Ant-Man and the Wasp. Even in those brief moments, Park has always given that vibe that given the opportunity he would excel in the lead role. It’s taken probably too long, but he shines in the spotlight as the relatable and likable guy still trying to make sense of things after two major moments in his life.

If you’ve watched any of Wong’s dynamic stand-up performances on Netflix, her onscreen presence was hardly a revelation. As Sasha, Ali is fierce with such a well-rounded performance that displays her sense of comic timing, warmth, determination and vulnerability. 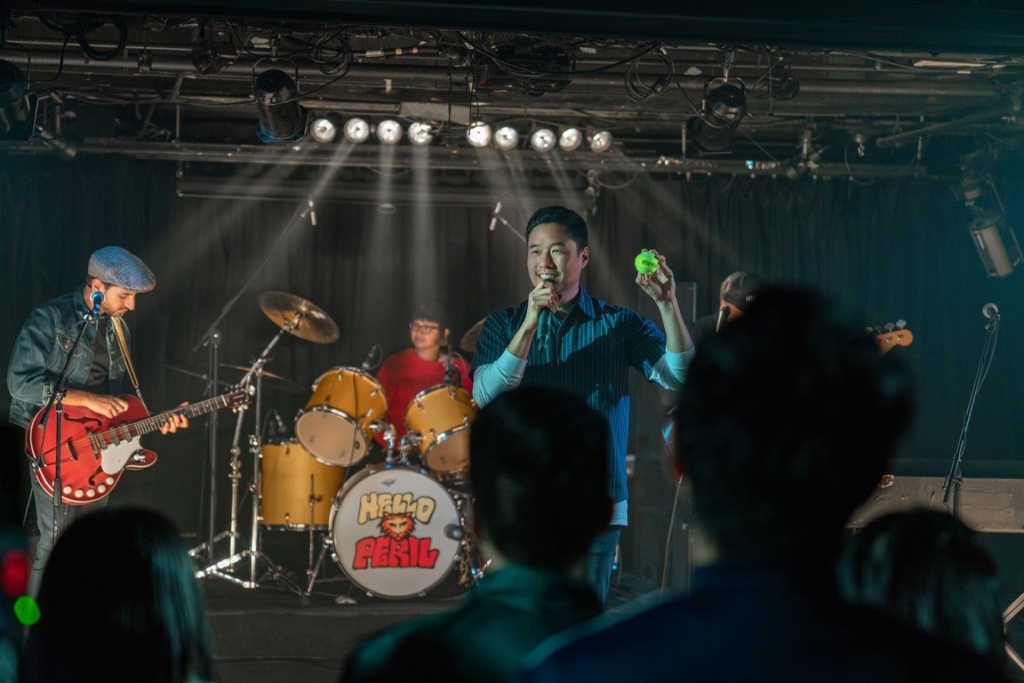 Director Nahnatchka Khan, a relative newcomer who’s directed a pair of episodes of Fresh Off the Boat, clearly was ready for her feature film debut. The feel, tone and style of Always Be My Maybe seems like the work of experienced vet. Those awkward comedic moments feel awkward in a way real people experience. Khan has the confidence to know how long to let jokes linger instead of letting them die in the hopes that the audience will come around.

In just the last couple of months, Netflix has released rom-coms or romance dramas with Asian, Indian American and Latinx leads. It’s refreshing to see another Asian American comedy without a five- to 10-year gap after Crazy Rich Asians.

Yeah, it would have been an additional expense, but I wish Park and Wong didn’t play the high school versions of Marcus and Sasha. At 45 and 37 respectively, they’re not young enough to pull off being teenagers even with fake braces and a questionable wig. While I’m wishing, I would have loved for Mariah Carey to do a quickie remix to one of her biggest hits to actually sing the film title.

At 101 minutes, there’s some scenes that could have been trimmed to be more effective and tighter. Overall, the pacing felt right and the various subplots had enough time to get developed quickly and paid off by the end. Especially the song dedicated to Reeves.

Netflix is competing with itself now in terms of releasing the best romantic comedies. Always Be My Maybe is another huge hit for the streaming service that should significantly raise the profile of its two leads. While this doesn’t necessarily need a sequel, hopefully Wong and Park already have ideas in mind for rom-com collaborations in the future.