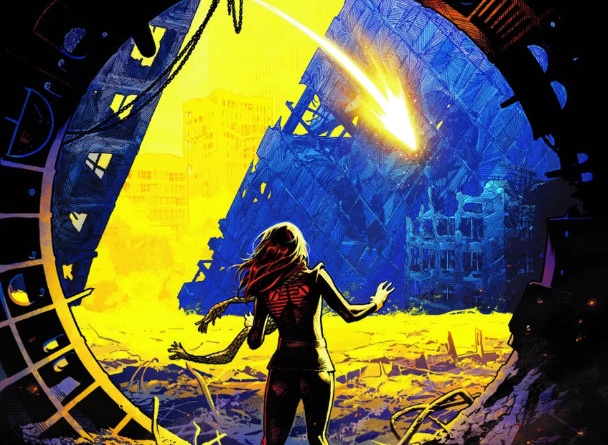 DC Rebirth has been one of my favorite eras of DC with the unfortunate lack of the Justice Society and the Legion of Super Heroes. Those great teams of the past and future provided some of DC’s best stories in the last 20 years and I was hoping for a Rebirth approach on those groups.

After a long delay, likely attributed to Doomsday Clock, we’re finally getting these acclaimed groups back in the fold. Today, DC announced Legion of Super Heroes Millennium, the next era of the future heroes and plans for an established future continuity. That’s probably long overdue and it’ll be interesting to see how DC connects everything.

This September, DC fans will embark on a journey into the future(s) of the DC Universe and the 31st century, as the publisher announced plans for a two-part monthly series, LEGION OF SUPER-HEROES: MILLENNIUM. This two-issue prelude, written by Brian Michael Bendis and featuring art by Jim Lee, Ryan Sook, Nicola Scott and others, paves the way for an all-new LEGION OF SUPER-HEROES ongoing series by Bendis and Sook.

The series focuses on a most unlikely tour guide to the 31st century, a familiar face to DC fans who finds herself suddenly immortal. As she learns to cope with her newfound immortality and the reason she was chosen for this quest, her 1,000-year odyssey will connect all of DC’s future timelines for the very first time. Along the way she encounters a host of DC heroes from the future, as drawn by some of comics’ most popular artists:

Supergirl makes a lot of sense in this role considering her association with the glory days of the Legion in the pre-Crisis days. I’m curious how much longer Bendis is going to be writing Superman, Action Comics and Young Justice if he’s adding Legion to his plate as well. 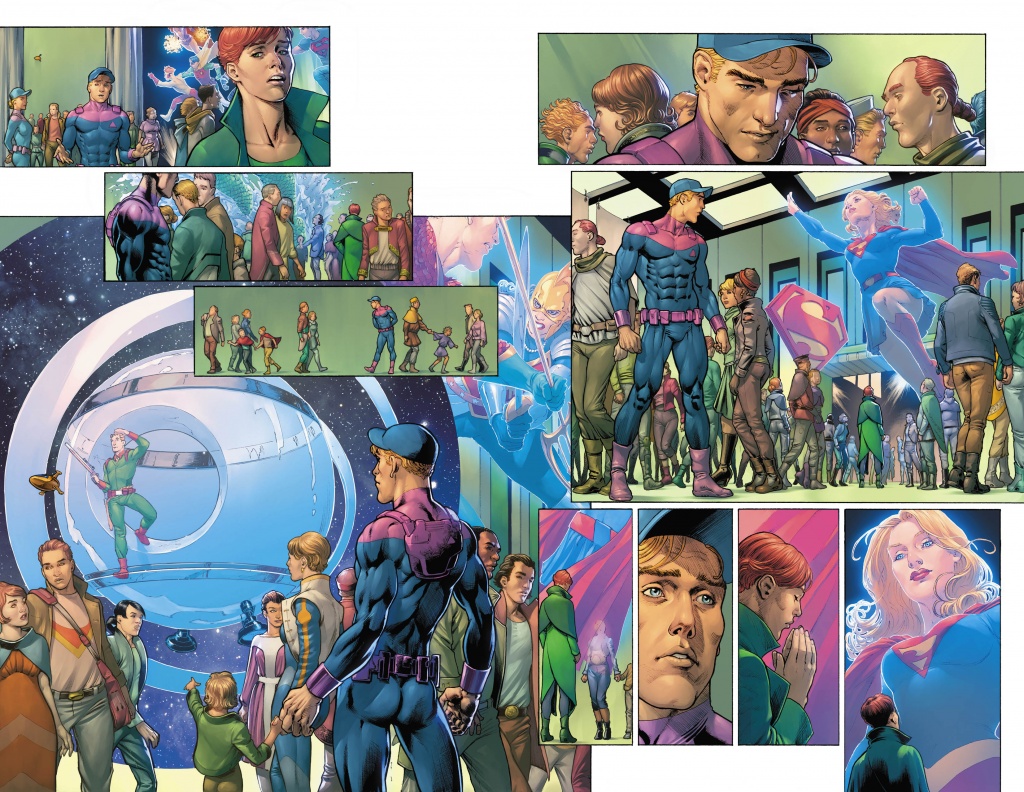 “Since its Silver Age origin, the Legion of Super-Heroes has been the cornerstone of the future DC Universe,” said Bendis. “Over time, a wealth of future characters and stories have emerged since the Legion’s beginnings and connecting these threads to an updated version of the Legion is a story Ryan and I can’t wait to tell.”

We also got a glimpse of some character designs for the Legion. I’m not liking that my boys Lightning Lad and Cosmic Boy look like they’re getting their hair cut at the same place, but otherwise these redesigns look cool.

The second issue is scheduled for October and continues this mystery quest, making additional stops in the future DCU, rendered by an equally talented roster of artists: 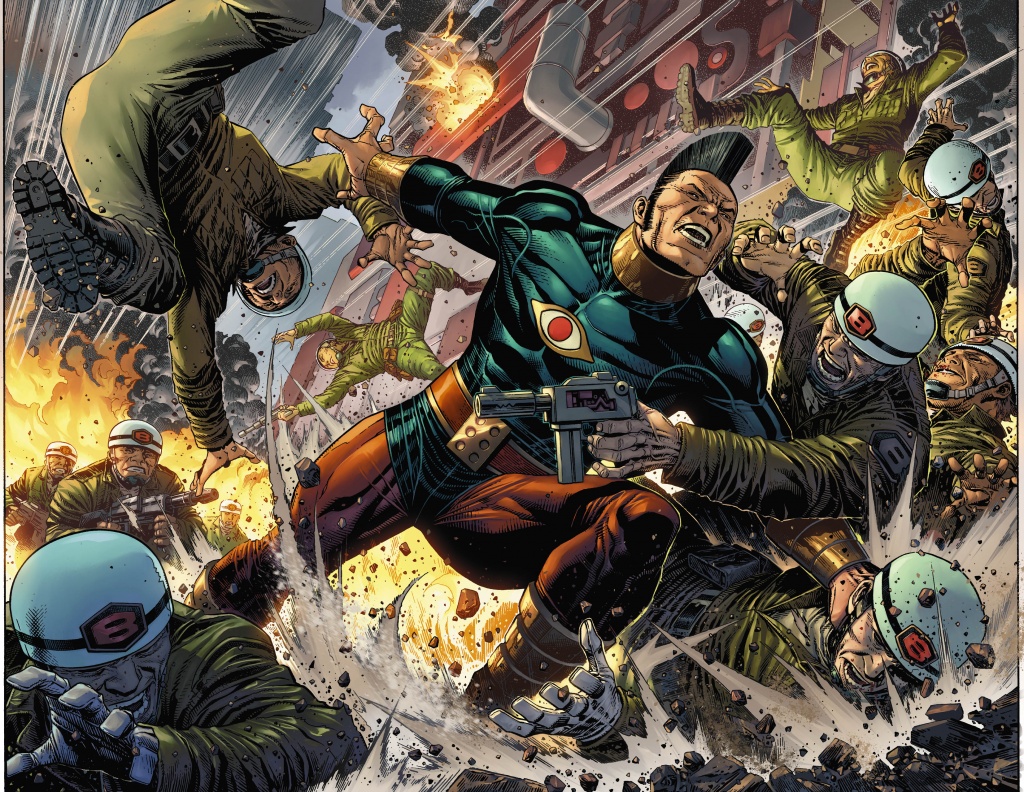 I’m hoping this version of Booster is more in lines with the normal take on the character and the less bizarre one we saw in Heroes in Crisis.