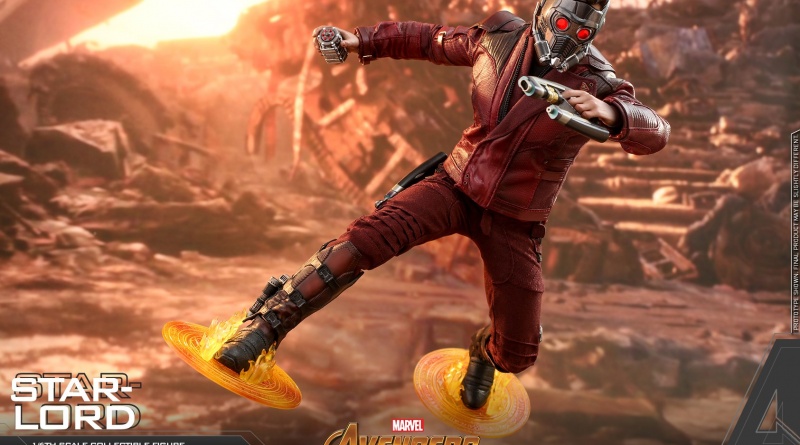 I know, I know it’s all his fault for everything, but Star-Lord had one of the best arcs in Phase 3. For everyone that missed out on the legendary Hot Toys Guardians of the Galaxy Vol. 2 Star-Lord figure, Hot Toys is giving you another chance with the Avengers: Infinity War edition.

While not as jam packed with accessories as the previous version this does offer some new accessories, which are pretty cool. This still doesn’t shut me up about wanting a Mantis, a regular Bruce Banner and Okoye figure…and a M’Baku…and a Dora Milaje. Back to work Hot Toys! 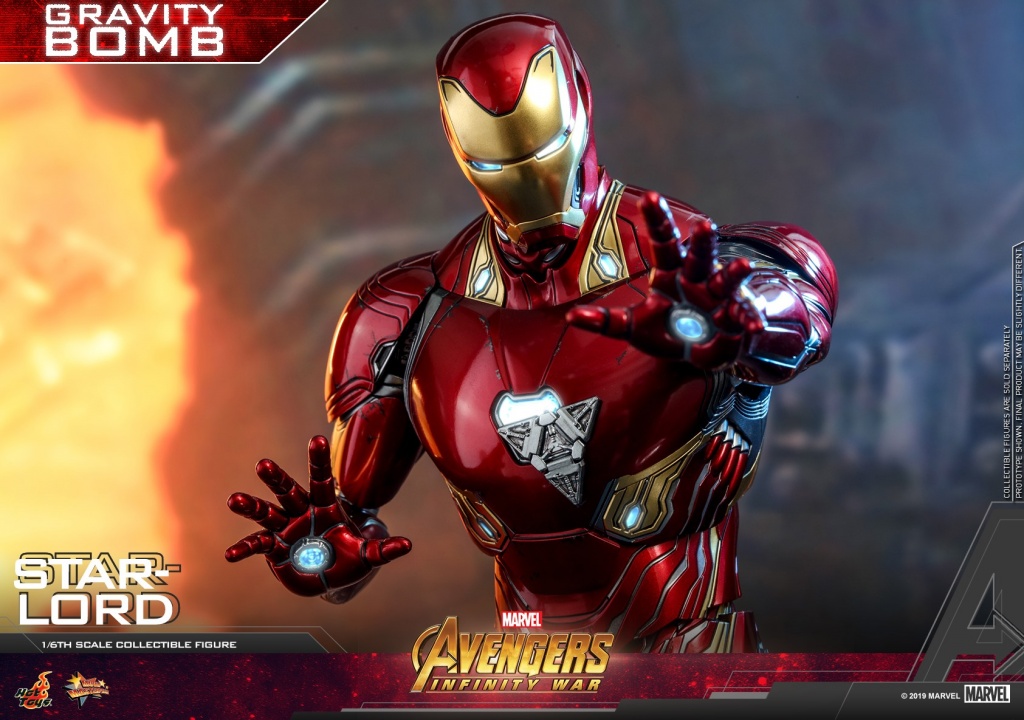 “So let me do the plan and that way it might be really good.’ – Star-Lord

An expert pilot and master of the blaster, Peter Quill, known as Star-Lord, brings a sassy sense of humor while protecting the universe from any and all threats. He devises a plan for the Guardians, along with Iron Man, Doctor Strange, and Spider-Man, to battle against Thanos on Titan who will stop at nothing to collect the invincible Infinity Stones. 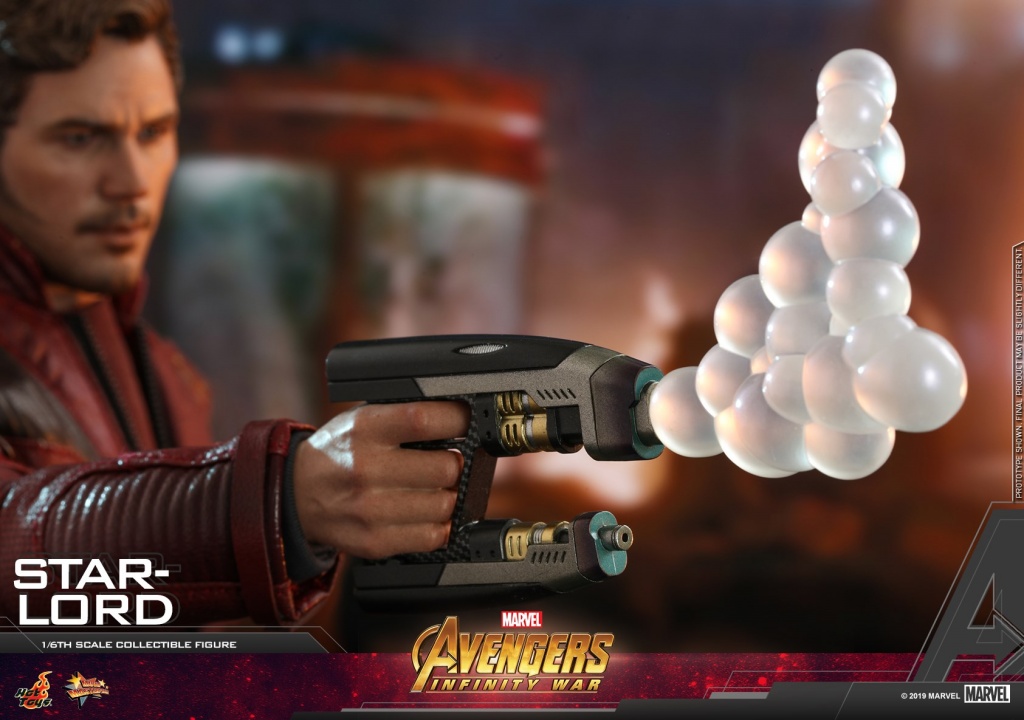 Masterfully crafted based on the appearance of Chris Pratt as Star-Lord in the movie, the screen-accurate collectible figure features a newly painted head sculpt with amazing likeness and a newly painted interchangeable LED light-up masked head sculpt, finely tailored costumes, a selection of weapons and accessories including a pair of blasters with attachable bubbling effect to recreate the scene when Thanos had turned his weapon blast into bubbles with the Reality Stone, a plasma bomb, a gravity bomb, a Star-Lord helmet in activating mode wearable on the head sculpt, a lightning effect accessory, multiple mandalas of light accessories, and a movie themed dynamic figure stand. 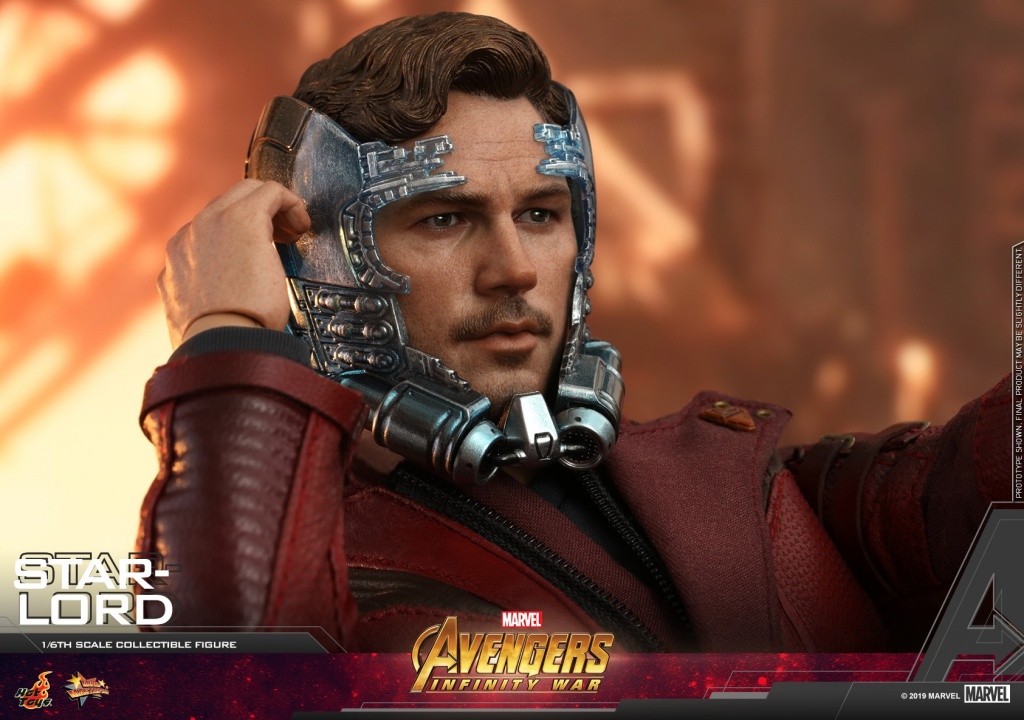 The music-loving leader of the Guardians of the Galaxy is ready to join the Avengers for a colossal showdown with warlord Thanos! 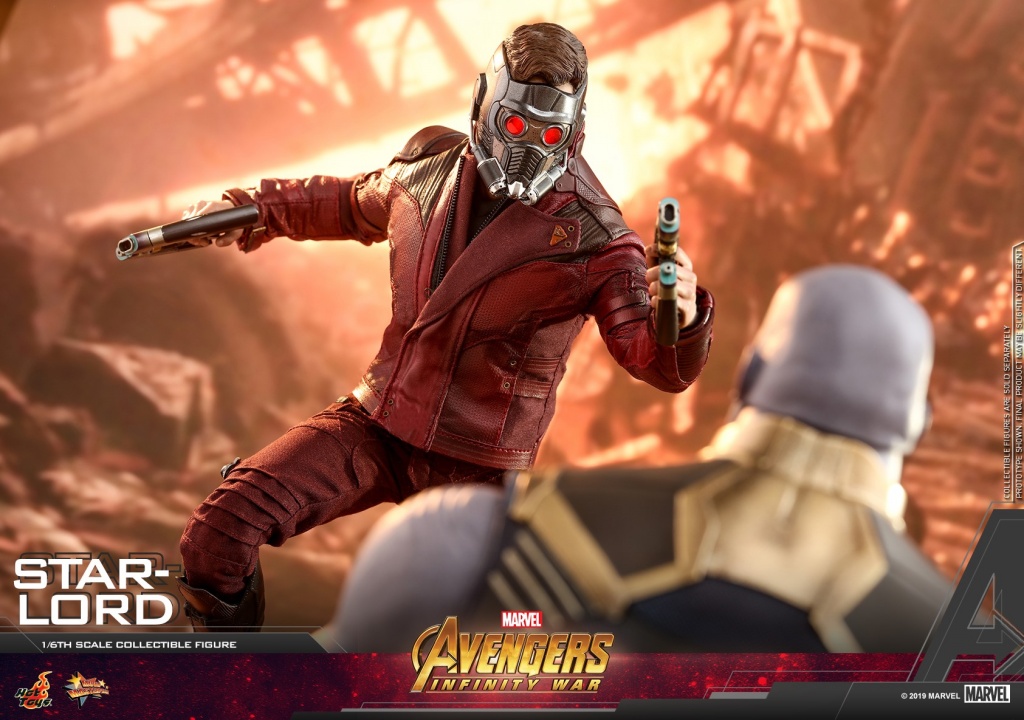 I really like those extra accessories. Not enough to buy another new figure, but if Hot Toys made this an accessory set like Iron Mark 50, I would definitely be interested. 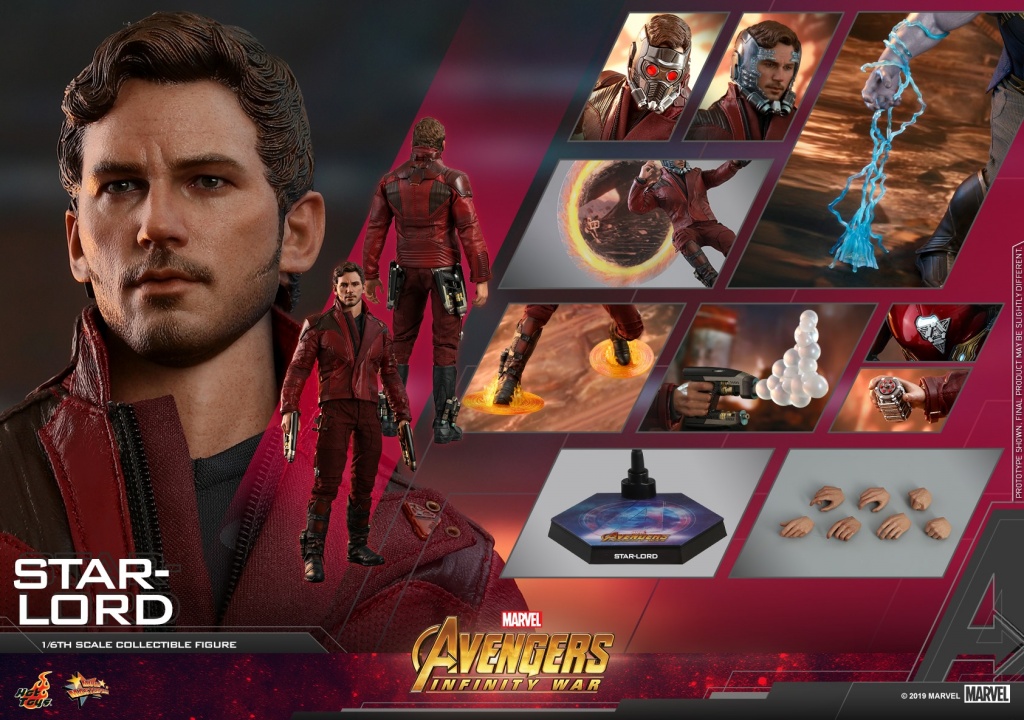