From reviews to podcasts, we’ve gotten our shots in on Dark Phoenix. Mike Devine joined in with the party as well with his take on the final film of Fox’s X-Men saga. Take it away Mike!

In the age of good special effects, it all comes down to writing.  It’s the foundation.

The MCU has understood this from the beginning, building a cohesive world.  There have probably been minor continuity issues (small enough that casual fans like me have totally missed) and Captain Marvel felt like it was shoehorned into that continuity.  But the foundation is there, rock solid.

Fox, by way of Bryan Singer, never understood this.   From this point on, I’m just going to say “Fox” to cover all of the writers and directors.  Actors were unnecessarily replaced (what was wrong with the first Kitty Pryde?), characters appeared at the wrong times (Emma Frost is young in X-Men Origins: Wolverine, but fully adult in X-Men First Class).  It turned out that Mystique is an old friend of Xavier (X-Men First Class).  Stupid built upon stupid. 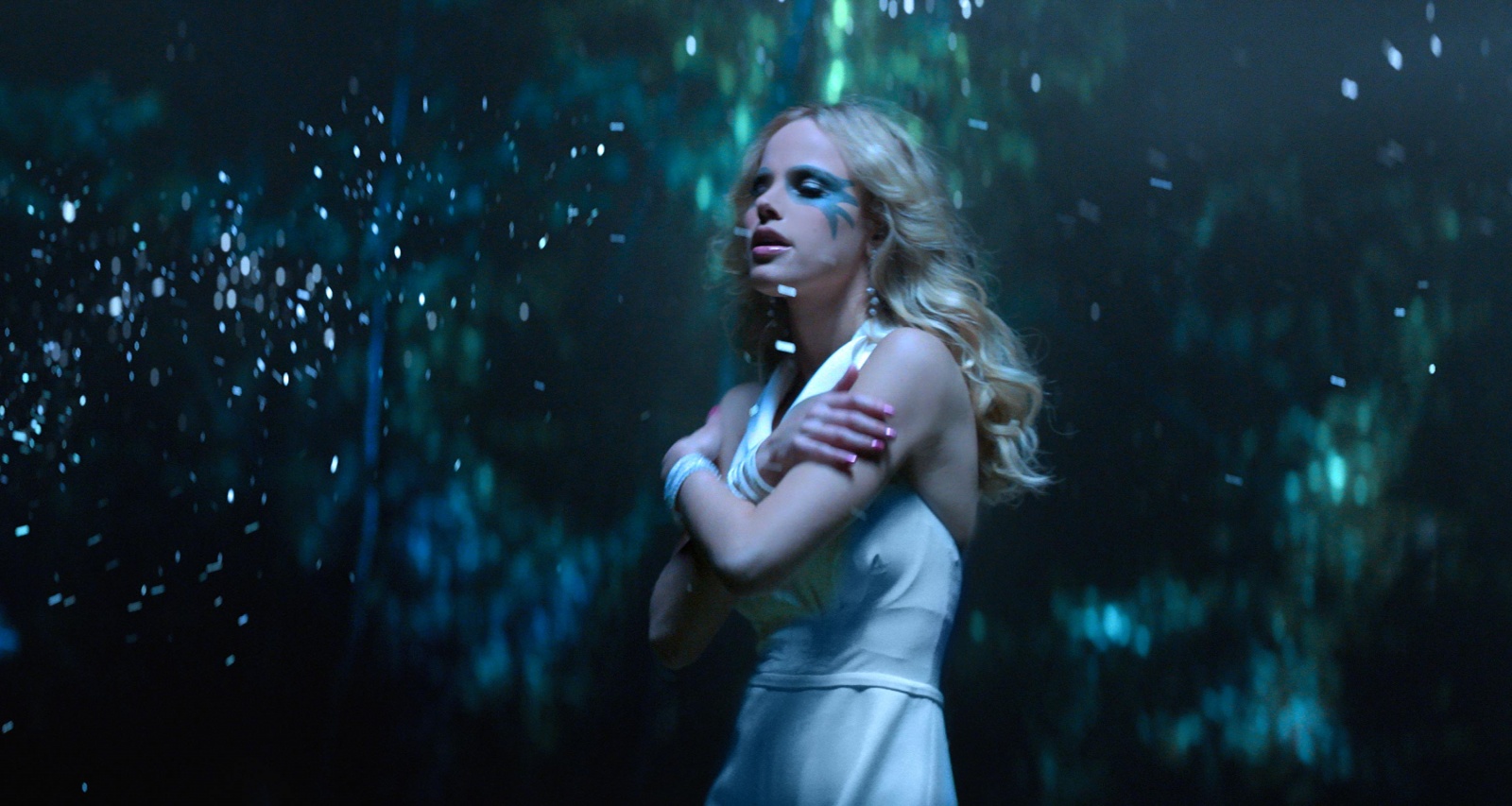 The biggest problem is that every movie had a “So, what should we do now?” feel.  Not in a good, adventurous way, either.  In a panicked, out-of-ideas way.  There was never a thematic through line threading the stories together.

Even after the continuity reset, there was no attempt to build an overarching plot for the movies.  And Fox managed to screw up continuity straight away.  Fox didn’t just look a gift horse in the mouth, Fox tried touching its teeth, something horses don’t like (I guess, I don’t really know anything about horses but wanted to build on the phrase).

All of this leads us to the massive bumble that is Dark Phoenix.   Amazingly, it its both better AND worse than X3, the other movie about Jean Grey going bad.

Had the story line — Jean gets exposed to the Phoenix Force and goes bad —been spread out over several movies it would have been better.

The opening/flashback sequence shows Jean Grey as a small child, accidentally killing her mother in a telekinesis-driven car crash.  Bummer.

The opening/current day sequence has the X-Men save a space shuttle crew and is pretty damned good.  Phoenix (Sophie Turner) is exposed to some space flames and absorbs them.

Of course, the inclusion of Raven (Jennifer Lawrence, who I don’t think is ever referred to as Mystique) as the leader demonstrates that Fox just doesn’t understand the characters.

Professor X (James McAvoy) has quite the swelled head and justifies putting the X-Men in danger because it generates great PR.  Sure, it’s set in 1992 and none of the actors look the correct age to line up with Patrick Stewart and company, but I just let that go.  The performances are solid from every actor.  Tye Sheridan’s Cyclops is given more to do than James Marsden’s Cyclops ever was, but it’s still not enough for Cyclops to register as a field leader. 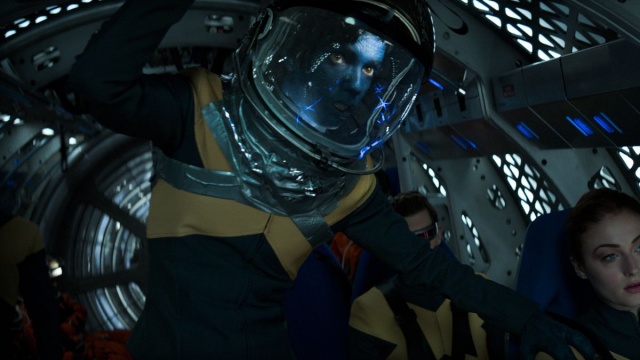 Jeans gets a little too much booze in her at a party in the woods and generates a force blast.  Some of the other partiers are hurt.  Just how badly there were hurt isn’t even clear.  This is important information that Simon Kinberg, as the director, should have conveyed, and he does it several times throughout the movie.  Jean leaves.

The X-Men track her down to her father’s house.  She has another flip out and accidentally kills Raven by knocking her into some jagged wood planks.  She also kills a squad of policemen, but that’s not actually clear until Magneto spells it out in dialogue later in the film.  That’s a perfect example of bad storytelling.  If several first responders are killed, the audience needs to know it.  In these kinds of movies, cop cars are tossed around, but we assume the cops live.  I can’t remember if we even saw the cops inside of the vehicles or just the vehicles.  Bad storytelling.  Jean leaves, wearing a bloodied shirt.

Jean goes to Magneto’s island full of mutants getting by survivalist style.  She asks for help, but won’t say whose blood is on her shirt, hiding from Magneto (Michael Fassbender) the fact that she murdered Raven.  Soldiers show up for Jean.  Jean and Magneto uses their powers against each other — Magneto saves the soldiers from Jean.  Jean leaves.

There’s a subplot involving shape-shifting aliens led by Jessica Chastain’s Vuk.  How unnecessary is it?  So much that it should just been cut from the movie.  It’s that pointless.  For the purposes of this review, there’s no reason to talk about it more.

Beast (Nicholas Hoult) goes to Magneto’s island and tells him that Jean killed Raven.  They broken-hearts-man-bond over their co-love of Raven and agree that Jean must die.

Somewhere along the way, all of the mutants get captured by the government (whose members wear armbands reading “MCU”) and end up on a train.  They escape and fight the aliens.  Just typing this makes my brain hurt.  It’s that bad.  The fight sequence is complicated, but well filmed and Kinberg does a great job of visually informing the viewer what’s going on.  So he did two good action scenes so far, if anyone’s keeping track.

Magneto and Beast decide to help save Jean.  Then, guess what?  Jean leaves.  She morphs into the Phoenix Force and flies into space.

Expect that she doesn’t fully leave, as she’s seen (as the Phoenix Force) high in the sky during a closing scene in which besties Charles and Magneto play chess.  And there’s Phoenix Force Jean, just circlin’ the globe, as one does.

Wasted performances, wasted special effects.  All because Fox couldn’t sit down and figure out a good story.  Storm (Alexandra Shipp) and Quicksilver (Evan Peters) are underutilized.  Quicksilver is sidelined early on due to injury, probably because the character is just too powerful and therefore hard to write.

An easy to miss good thing is Hans Zimmer’s score.  It is consistently good throughout the run, but it’s low key, almost morose, and easy to miss.

This movie wasted so many opportunities.  If Fox was going to try to push the X-Men into the MCU there could have been cameos showing Stark Industries or even living-in-the-past aged Steve Rogers.  There’s no attempt to link into the MCU or even close out the movie with any seeds for the future in this continuity.  So Fox must have known this movie was the slaughterhouse for its X-Cow.

Mike Devine is a geek who likes GI Joe, Star Wars, chocolate, and many pop culture things.  He is a reoccurring writer for joeaday.com and can’t stop customizing figures.  He has previously worked at the sub-sub-sub contractor level for comic book companies, doing prep work for colorists, as well as some lettering.