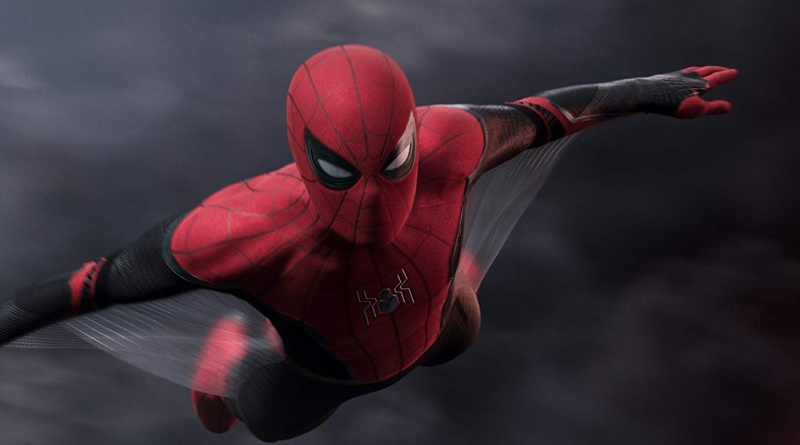 After the greatest comic book film ever with Avengers: Endgame, it’d be OK to expect a letdown. Maybe for any other franchise, but for Marvel Studios? That’s just a challenge to come back bigger and better with Spider-Man: Far From Home.

This partnership with Sony might be the best collaboration in modern cinema as we finally get a straight from the comic take on Spider-Man in the Marvel Cinematic Universe in two legit great standalone films beyond a pivotal role in the greater MCU.

Far From Home deserves to be in the conversation for best MCU standalone film. Every other studio making comic book films is playing Tic Tac Toe while Marvel Studios is playing chess.

It’s hard to imagine anyone missing it but if for some reason you haven’t seen it yet, there’s massive Endgame spoilers to follow so be warned. 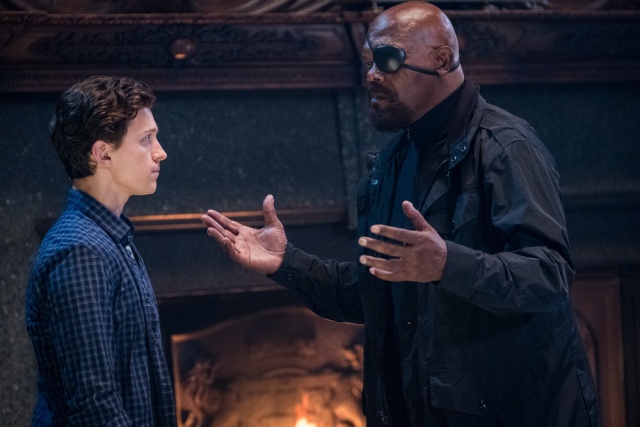 In two films we’re seeing the fascinating maturation of a hero while he’s growing up to become a man. That was always the unique aspect about Spider-Man in the Marvel Comics when he was just a high school student encountering The Fantastic Four, The Avengers, The Hulk and others.

Bringing that dynamic back was one of the smartest decisions for the MCU Spider-Man and Far From Home proves there’s so much fertile ground to explore with a younger hero.

A big theme of the film is Peter Parker (Tom Holland) questioning if he’s truly able to follow in the footsteps of his superhero mentor, Iron Man.

With the Avengers in the midst of another massive transition with Iron Man and Black Widow dead, Captain America missing, Hulk incapacitated, Thor and Captain Marvel off world, Spider-Man has had to step up and fill the void.

It hasn’t always been easy and with constant memorials, tributes and murals everywhere Peter turns, it’s hard for him to envision filling Iron Man’s legacy.

It’s been so tough Peter is thrilled to get away with his science team on a European vacation free of his responsibility as Spider-Man. At least things are a little easier now that his Aunt May (Marisa Tomei) knows he’s a superhero now. 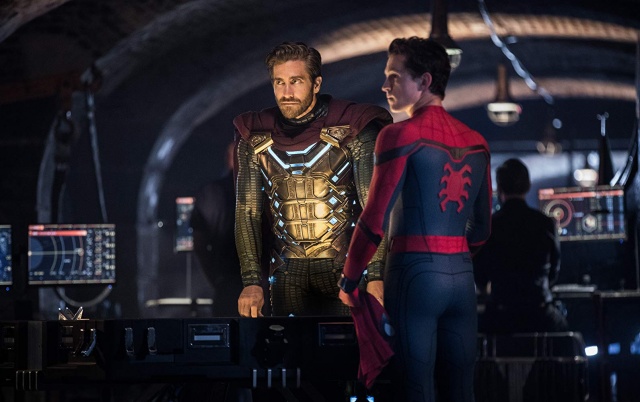 Director Jon Watts really gets Spider-Man, but just as important he gets Peter Parker too.

That really comes into play in Far From Home as Peter really just wants to spend more time with MJ (Zendaya) while his best friend Ned (Jacob Batalon) wants a guy’s getaway until a hilarious development with fellow student Betty (Angourie Rice). 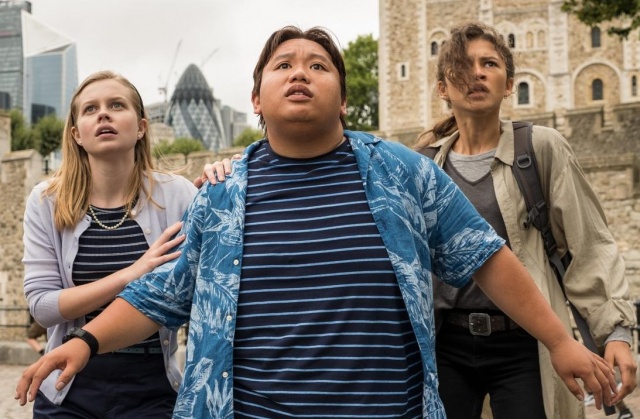 I’ve always considered the Sam Raimi Spider-Man films overrated because they shortchanged Peter’s high school experience and the unbridled fun he has being Spider-Man.

Watts takes the character Stan Lee and Steve Ditko took through so many memorable stories and adapts him perfectly for these films.

He did have the unenviable task of being the first director to have to follow up the action extravaganza that was Endgame. If he was even remotely rattled Watts didn’t show it as the action scenes are amazing.

I don’t want to go into spoiler details, but there is one really spectacular sequence that perfectly showcases a character’s powers in a way that could only be accomplished under Marvel Studios’ watch. 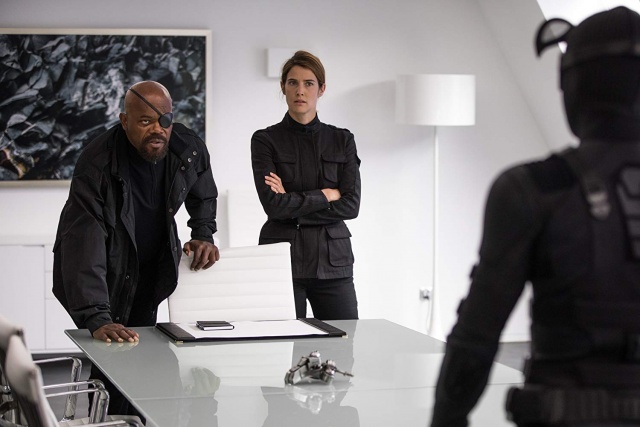 We’ve seen some well executed Spider-Man fight scenes before, but never on this level. It really comes off like watching Spider-Man unleashed on the big screen in a way we’ve never seen.

What makes Far From Home so special is it’s not just one fight scene after another. Screenwriters Chris McKenna and Erik Sommers (Spider-Man: Homecoming, Ant-Man and The Wasp) make the relationships meaningful and some of the best moments of the film.

Whether the cool uncle/nephew dynamic of Mysterio and Spider-Man; Happy and May’s yet to be defined pairing, Ned and Betty and Peter and MJ’s awkward flirtation. These ties give the film a deeper meaning and the characters a greater presence because we’re invested in them.

McKenna and Sommers also go heavier on the comedy this time. I get the sense MCU writers are being encouraged to embrace humor as the audience can keep up with comic book films that can be funny, emotional and action-packed without expecting one set tone throughout the film. 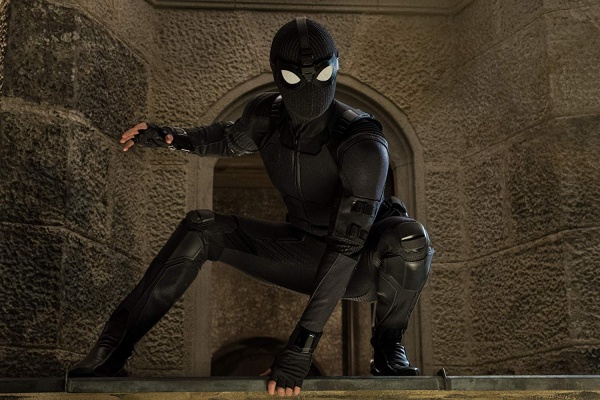 Holland has really grown into the role and now it’s hard to put Tobey Maguire or Andrew Garfield on his level as Spider-Man any longer. Zendaya’s take on MJ is sweet and Gyllenhaal was such a coup to get for Mysterio. And it’s always fun to have Jackson’s Fury and Cobie Smulders’ Maria Hill in more prominent roles in the MCU.

Without exaggerating, Far From Home might feature the best two post-credit scenes of the MCU. Do your absolute best to avoid spoilers as they’re incredible and tease some very significant advancements for Phase 4. 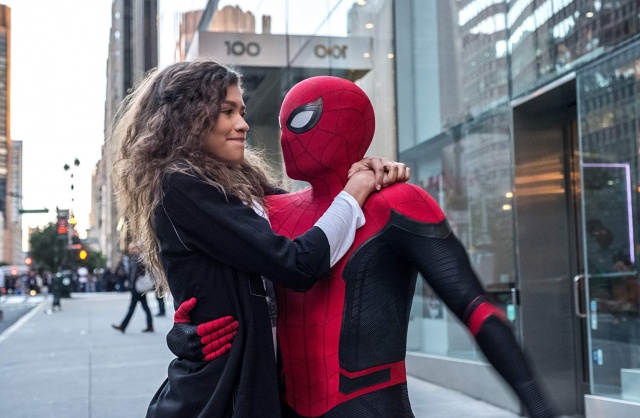 Don’t worry about an Endgame hangover as Far From Home further widens the gap between Marvel Studios and every other studio making comic book films.

We’ve been waiting for the year’s summer blockbuster to get excited about and Spider-Man: Far From Home is swinging in to shake the cobwebs out of a dull and stagnant box office.