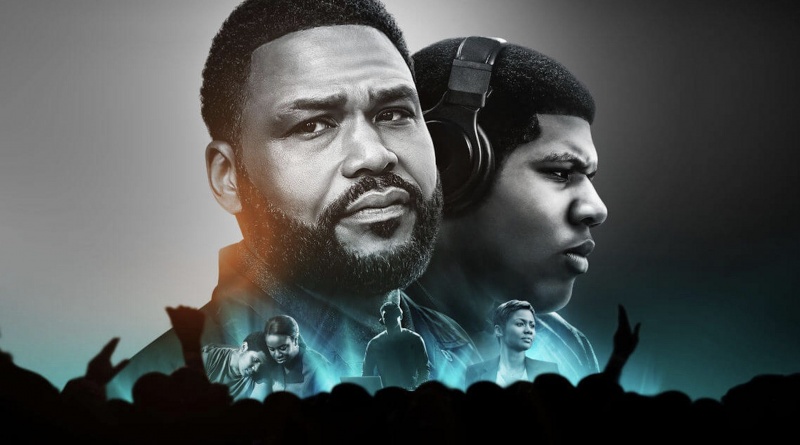 Beats is like stumbling onto a new album and just being able to go along for the ride without ever needing to reach for the skip track button.

Typically I’m not a fan of black movies with a senseless death early on. It feels a little too much like the real world. Usually that’s a throwaway moment from the filmmakers to establish the sense of danger on the streets and the perilous surroundings of the main characters. With Beats the senseless tragedy, set in the violent streets of Chicago, has a purpose beyond quick shock value and is a core component of this story.

Following the death of a loved one (Megan Sousa), August (Khalil Everage, Cobra Kai) hasn’t been able top face the outside world. Literally. He won’t leave his apartment and only finds solace creating beats. 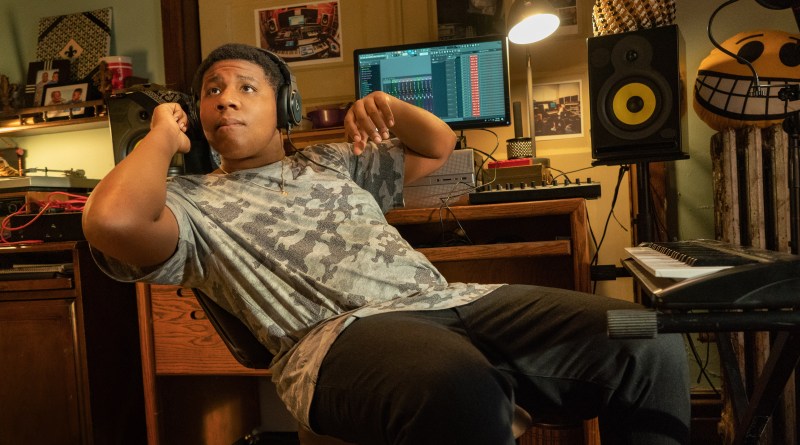 August’s plight reminded me of the comic book character Green Lantern Jessica Cruz, who experienced a similar tragedy and refused to re-engage with the world. Director Chris Robinson (The New Edition Story) does a creative job in portraying August’s panic attacks like crushing sensory overload. Robinson doesn’t over utilize those camera tricks, but does it just enough to get the point across.

Already faced with one tragedy his mother, Carla (Uzo Aduba, Candy Jar) goes into hyper protective mode. Miles Orion Feldsott’s script does a terrific job of balancing the characters out. While some of their actions might seem extreme, no one behaves in a manner where it’s hard to relate or be sympathetic. This is the kind of story that doesn’t require a “bad guy” and Feldsott smartly doesn’t take the easy route of creating a villain for a cheap obstacle to overcome. 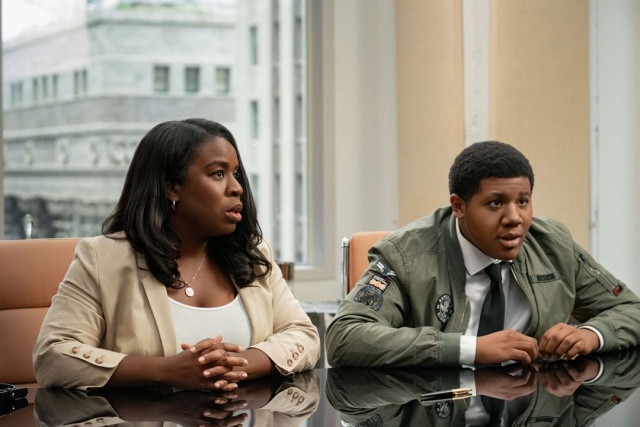 Carla easily could have been that insufferable barrier character, but the script gives her enough development that her position is understandable.

While rounding up truant students, school security officer Romelo (Anthony Anderson) overhears August’s songs. As a former manager who had a taste of glory with a rapper turned megastar, Romelo knows talent when he hears it and sees August as his chance for redemption. Managing a new producing prodigy might be the final step for Romelo to make things right with his estranged wife, Vanessa (Emayatzy Corinealdi), the school principal.

Earning August’s trust and comfort takes time, but Romelo is focused and won’t take no for an answer no matter how long it takes. Eventually, Romelo and August form a bond over their mutual love of the art of crafting a great song. 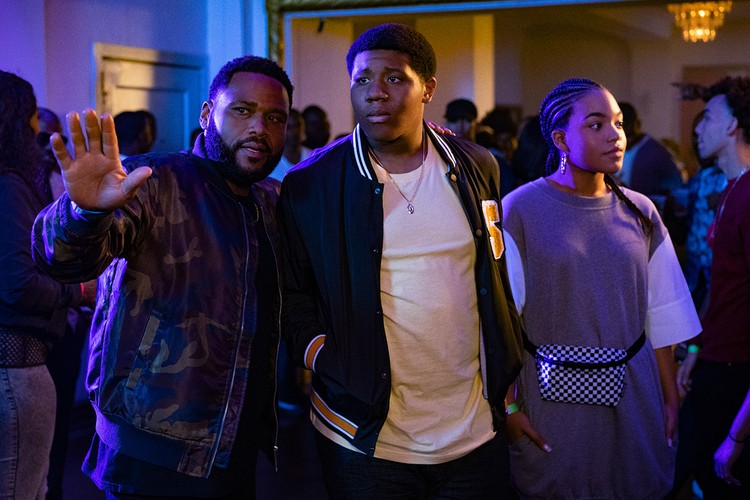 Robinson makes the creative process feel like the dogged pursuit of inspiration. There’s that zone August goes into that will likely be familiar to creative types. Watching August light up and get lost in the music is fun while Robinson provides an interesting look behind the curtain of the recording process from the production side, artist selection and negotiating.

Anderson gets dismissed too often as just a comedy guy, but he gives one of his strongest film performances to date. Black-ish fans know Anderson can deliver the dramatic goods just as easily as he can the laughs. This was a good showcase for Anderson as Romelo had enough layers to be likable while somewhat shady.

Soon Romelo is helping August out with more than his music as he encourages him to pursue his crush, Niyah (Ashley Jackson). There’s such a genuine warmth to Beats that I kind of didn’t want the inevitable unraveling of the feel good moment. Eventually it comes, but it sets the cast up for some powerfully acted scenes particularly from Everage, Aduba, Jackson and Corinealdi. 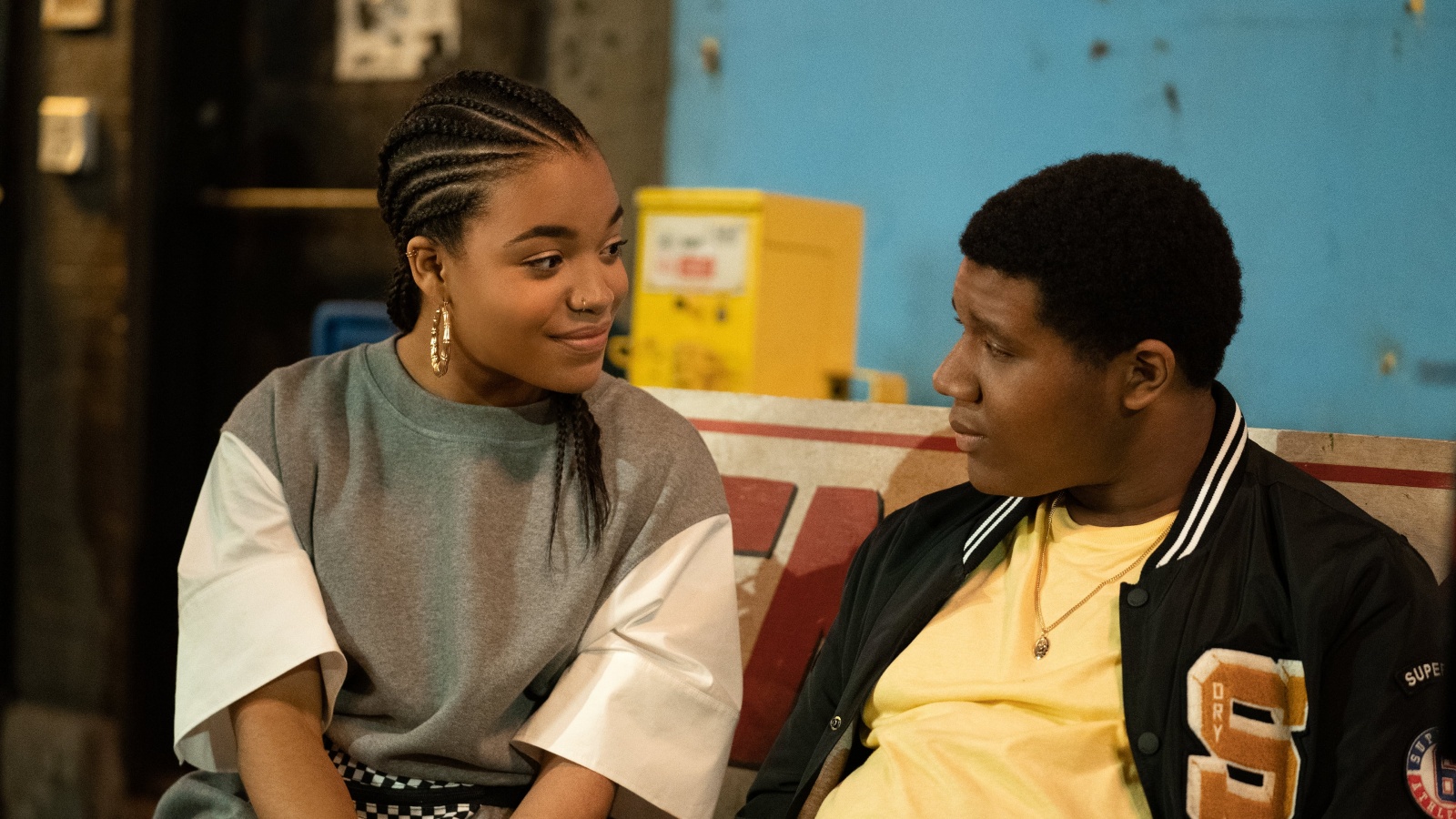 At 109 minutes, the film starts to feel a little long by the final act, but recovers nicely by the end credits. Beats ends on a high note, although there’s enough here with the likable characters and quest for fame to warrant an encore. Hopefully Netflix will receive enough demand to make this original offering the first chapter in the Beats playlist.