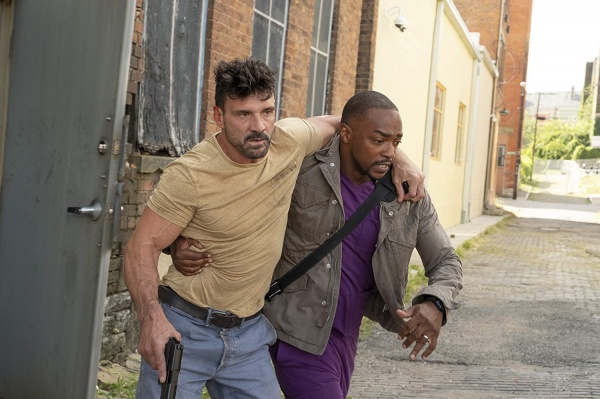 Point Blank comes off like a watered down, bootleg version of Collateral if it was presented as a buddy comedy. Its main saving grace is stars Anthony Mackie and Frank Grillo (Avengers: Endgame) who drag the film to just watchable enough status.

Meanwhile, Lt. Lewis (Marcia Gay Harden, Magic in the Moonlight) is trying to track Abe down for his role in gunning down a prominent official. I’ve been a fan of Harden in a lot of her films, but she isn’t able to pull off hard-edged cop and her performance comes off like she’s trying too hard to be edgy. 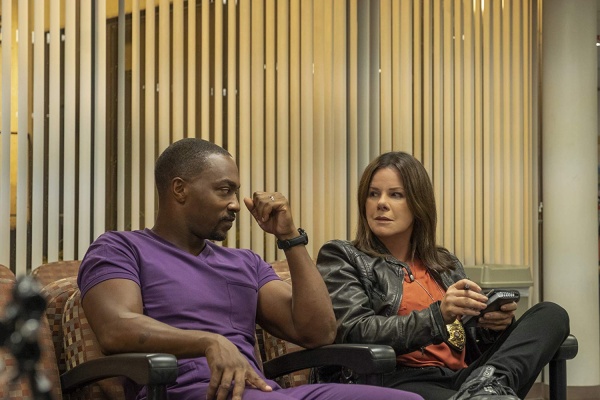 With the cops looking for them and a gangster looking to collect his debt from the brothers, Paul and Abe have to strike an uneasy “partnership” to safely get to Taryn and Mateo. It all comes off a little too convoluted since both pairs have access to cars and should be able to coordinate a quick exchange without such a hassle.

Like his previous big screen effort Mayhem, Director Joe Lynch overdoes the dizzying camera work, quick cuts and even sense of storytelling presumably in hopes of disorienting viewers enough that they stop trying to comprehend what they’re watching.

Lynch can’t ever seem to settle on the tone either as some scenes are unflinchingly violent while others like a fight in a car wash are silly.

Adam G. Simon’s script is similarly confusing as characters constantly act in illogical fashion just to get them from Point A to Point Blank. Taryn frequently puts herself in bad positions as if her captives will be moving as slow as a ready to deliver pregnant woman.

Simon constantly tries to set up this clever banter and buddy cop dynamic with Paul and Abe, but the starting point is a silly foundation. Paul basically being Abe’s hostage doesn’t make for the most fine-tuned odd couple pairing especially when Simon tries to throw humor into the mix.

Mackie and Grillo make these scenes work better than they should, but it’s always on them to salvage some wonky dialogue. I’d happily watch them together in another action movie as they play off each other well enough provided it’s not Point Blank 2. 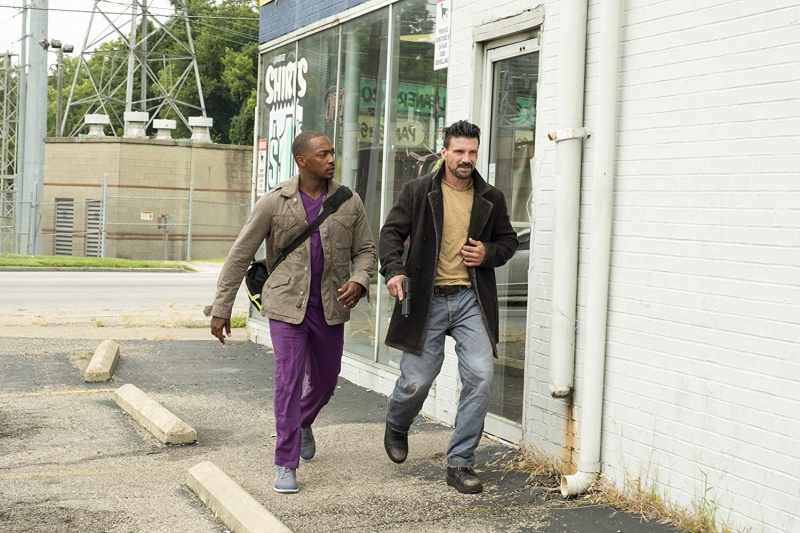 The film finds a fun groove with the arrival of the gangster, Big D (Markice Moore). Moore brings the kind of energy the film needed much earlier to sell it more as an action comedy. That route would have been better than the by the numbers crime thriller Lynch tries to establish.

Lynch makes some bizarre soundtrack choices that range from questionable to outright corny. The song choices are so bad they derail suspense out of scenes that should be filled with tension and drama. There’s a lot of culprits in the film not being as enjoyable as it could have been, but the music selection is the real killer here.

Point Blank is one of those Netflix originals where you’ll spend the 86 minutes watching and another 10 trying to figure out all the reasons why such a promising film with two strong leads could have been so underwhelming. It’s not good enough to recommend and not awful enough to hate, but it’s certainly not on target.