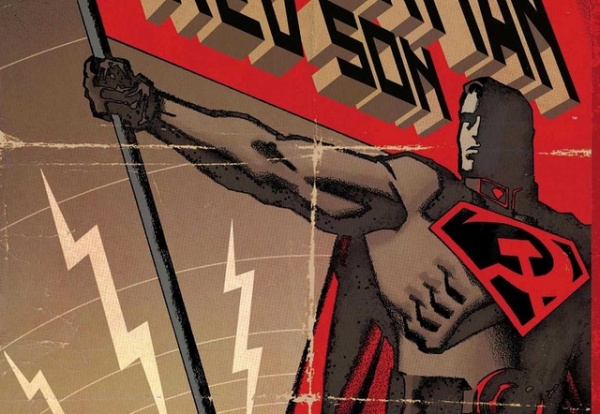 The Man of Steel will be soaring in 2020 at least on the DC Universe animation front with a Red Son adaptation and a Year-One style story.

Superman: Red Son should be interesting as it’s based off one of the most acclaimed Elseworlds stories. Like Marvel’s What If? brand, Elseworlds looked at alternate realities of DC heroes.

Set in the thick of the Cold War, Red Son introduces us to a Superman who landed in the USSR during the 1950s and grows up to become a Soviet symbol that fights for the preservation of Stalin’s brand of communism. Other popular Superman characters play key roles, notably Lex Luthor, who from an American perspective can be seen as the hero of the story.

There won’t be a dedicated Batman standalone, but he’s likely to appear in Justice League Dark: Apokolips War, which is slated for a spring release. This is a follow-up to Justice League Dark where Batman teamed with John Constantine, Zatanna, Swamp Thing and other mystic heroes.

DC hasn’t revealed much information on this one, but Apokolips War suggests we might somehow see this team in the midst of a battle between the New Gods and Darkseid’s forces.  I’d love to see the JLD team up with Orion, Lightray, Mister Miracle, Big Barda, etc. against The Furies, Kalibak, Steppenwolf, Mantis and crew.

Superman: Man of Tomorrow is the final film on the slate for 2020 as this will look at Superman’s early years. With Frank Miller and John Romita Jr. working on Superman: Year One, this could be the likely basis for this one.

I was a little worried with the film slate reveal as we’re getting one less film than last year. For 2019, DC Universe is in the middle of four releases with The Reign of the Supermen and Justice League vs. The Fatal Five already released. Up next is Batman: Hush and Wonder Woman: Bloodlines. What might balance things out is DC is adding shorts to each of the films featuring characters like Sgt. Rock, Adam Strange, Death and The Phantom Stranger. We’re also getting a longer form short featuring an adaptation of Batman: Death in the Family.