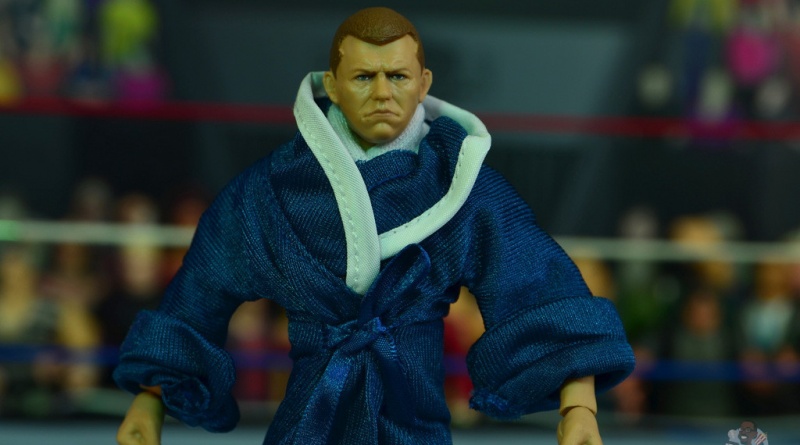 By the time I started watching WWF it was already the Hulk Hogan show, but being an obsessed wrestling fan, I was fascinated with the championship legacy of the guys who came before The Hulkster. I knew Bruno Sammartino more as a commentator who would occasionally wrestle and Pedro Morales was basically enhancement talent, but Bob Backlund was a mystery until his return to the promotion in 1993.

Backlund was pretty bland and dull by the New Generation standards, but by the time he snapped he was a very effective heel. With most of the New Generation mainstays having at least one figure it was long past time for Mattel to knock out the available big time players from that era.

And Backlund was definitely a player thanks to his lengthy feud with Bret Hart. Like many worthwhile Legends, Backlund was a Wal-Mart exclusive meaning it was a nightmare tracking this guy down. Finally, I resorted to eBay since there was an auction just slightly over retail. Let’s see if I’ll snap after opening this guy up.

Packaging:  I really haven’t gotten a lot of WWE figures this year thanks to the shift away from more Legends. The white and red packaging is OK if not flashy and there’s a border on the bottom to make sure we know this is a first time in the line figure and a legend’s style collector’s edition. This reads like scalper bait to me, but what do I know?

The side package features a stern look from Mr. Backlund and I appreciate Mattel not just reusing it for the back. Along the side strip, we get his stats and a bio that gives Backlund his due as one of the WWF’s best champions. 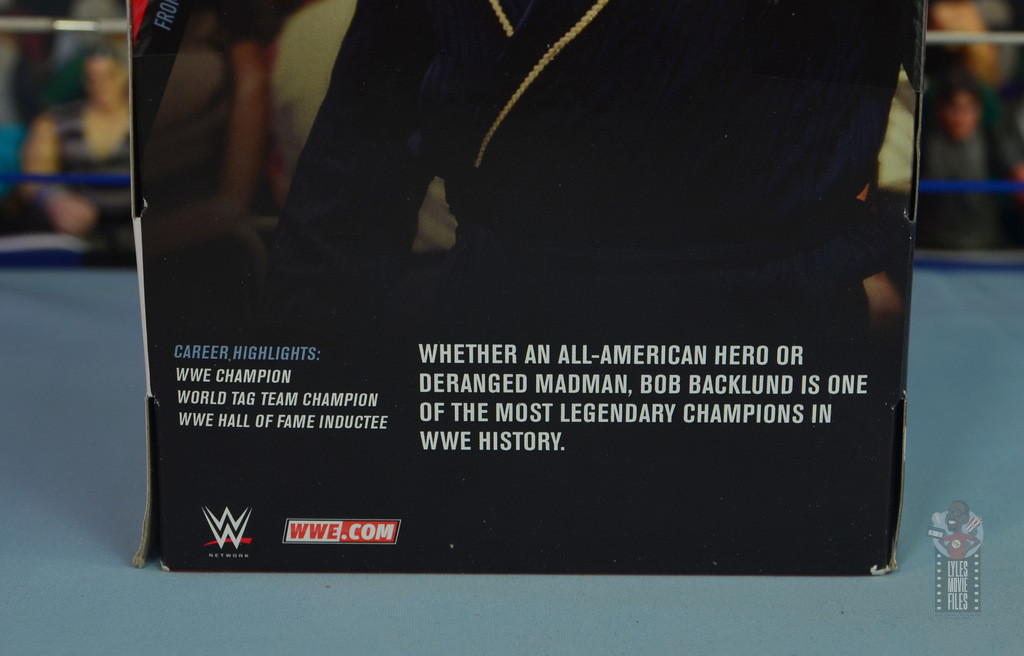 Likeness:  It’s too bad Mattel wasn’t regularly throwing in alternate head sculpts with figures as Backlund was definitely an ideal candidate. We get a focused head sculpt that captures his intensity well. 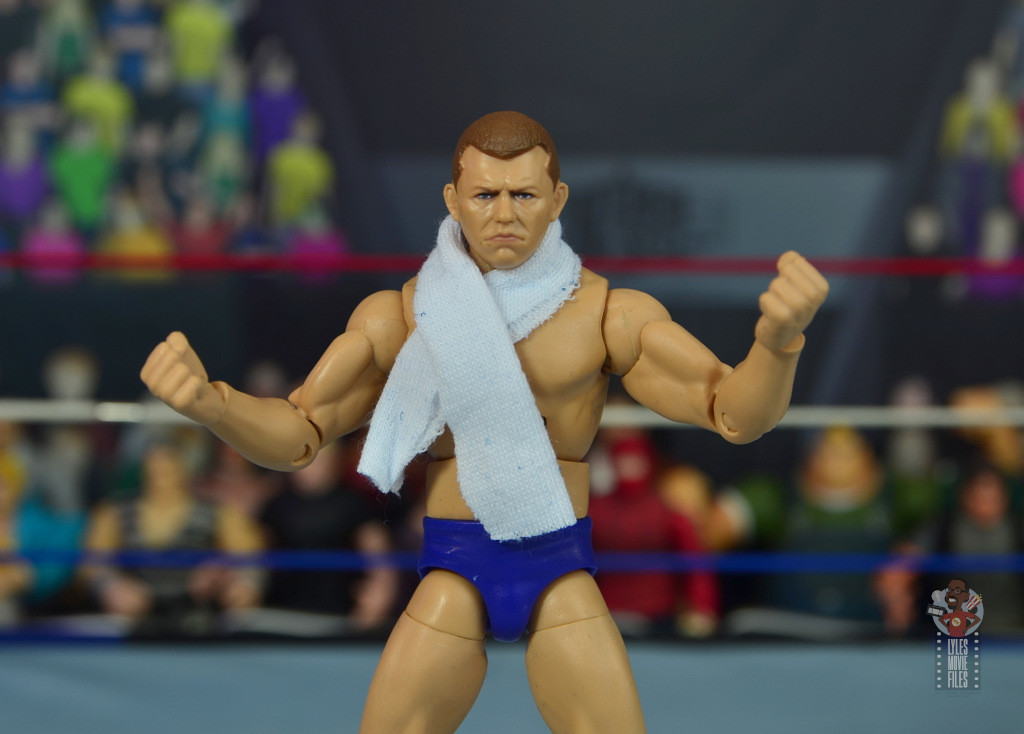 His hair sculpt is maybe a tad too thick although there’s plenty of pictures where his hair was this full. I think Mattel went this direction in an attempt to fudge it for collectors who wanted more of a 1983 version Backlund minus the singlet.

I’m mildly griping as I love the head sculpt since it captures the potential to snap at any moment.

The rest of the figure is accurate to Bob as it’s very simple with only the short boots to give him any unique look. Hard to knock it when that’s how the character was in real life. 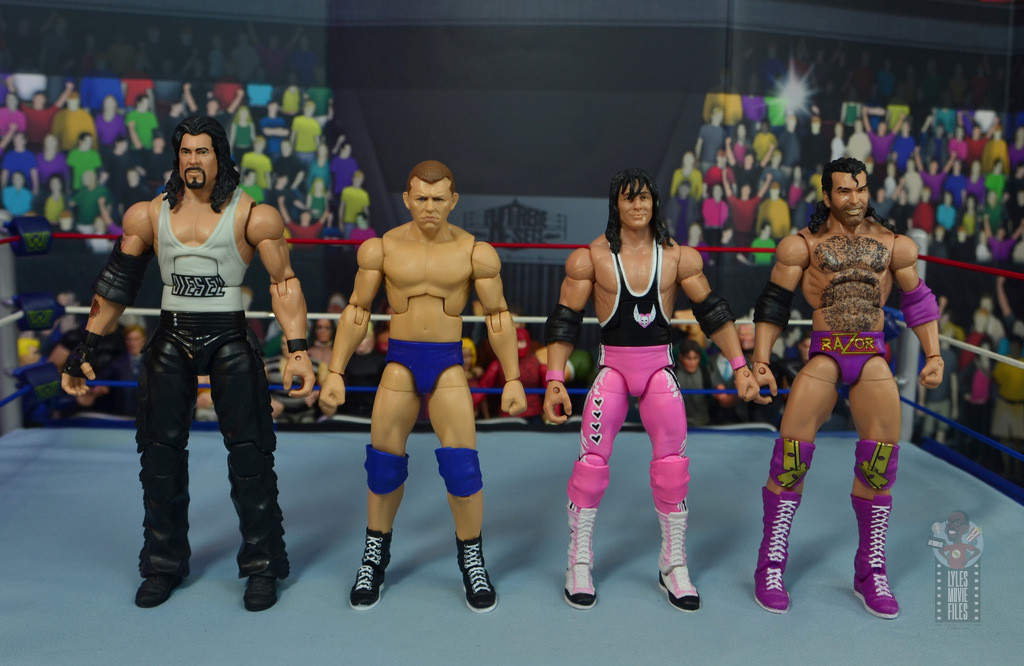 Scale:  Backlund was 6’1” putting him an inch taller than rival Bret Hart and a few inches shorter than the big heavyweights of the New Generation era like the 6’4” Lex Luger.  That scale is pretty close to being right here, which is one of my favorite aspects of Mattel when they’re on. Backlund is right, but I think the 6’7″ Razor Ramon and 6’11” Diesel should be just a bit taller. 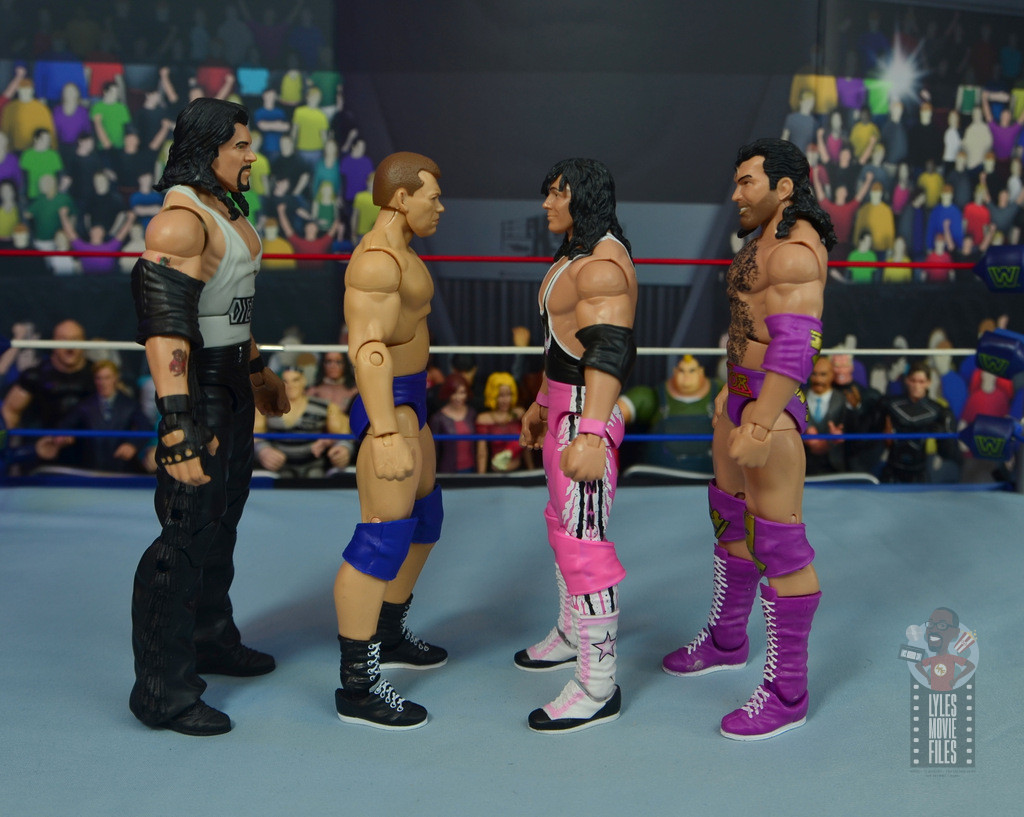 Paint:  Maybe Mattel could have used a dash more red in the hair? That’s all I’ve got on the paint since Bob wore standard boots and tights. Mattel did do an appropriate light paint job on Backlund’s eyebrows, which at times almost looked non-existent. The paintwork on the laces is about as good as I’d expect so no complaints there either.

Articulation:  Backlund was a wrestler so he could do pretty much every move. 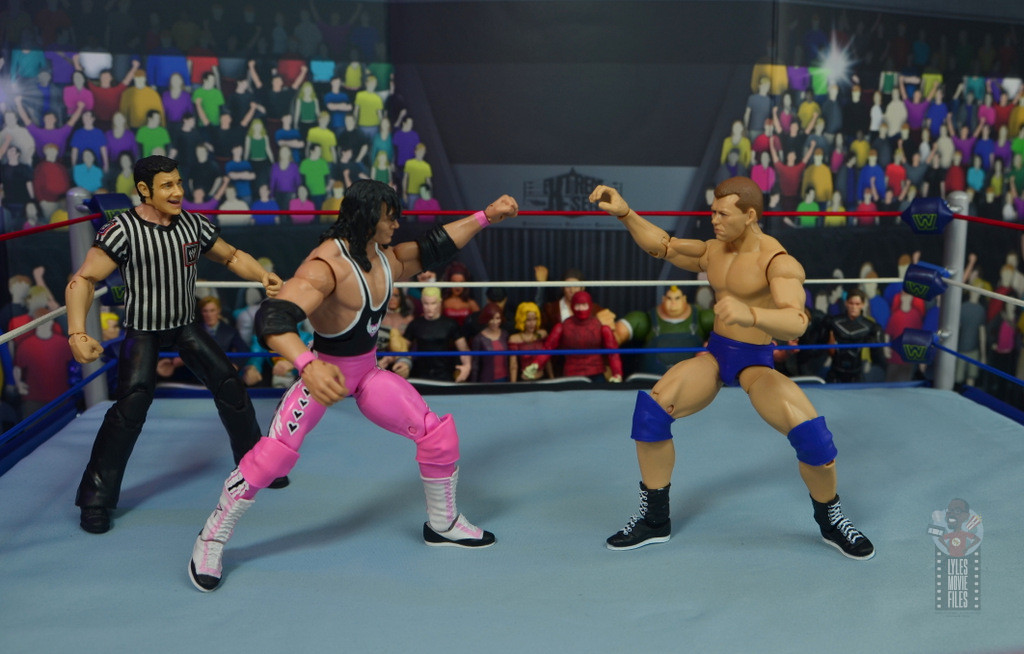 The main one you’ll likely want to try is the Chicken Wing, which you can pull off pretty effectively. I sound less enthused than I really am as I know the limitations of the Elite body but with a guy like Backlund you can work around them with no trouble. 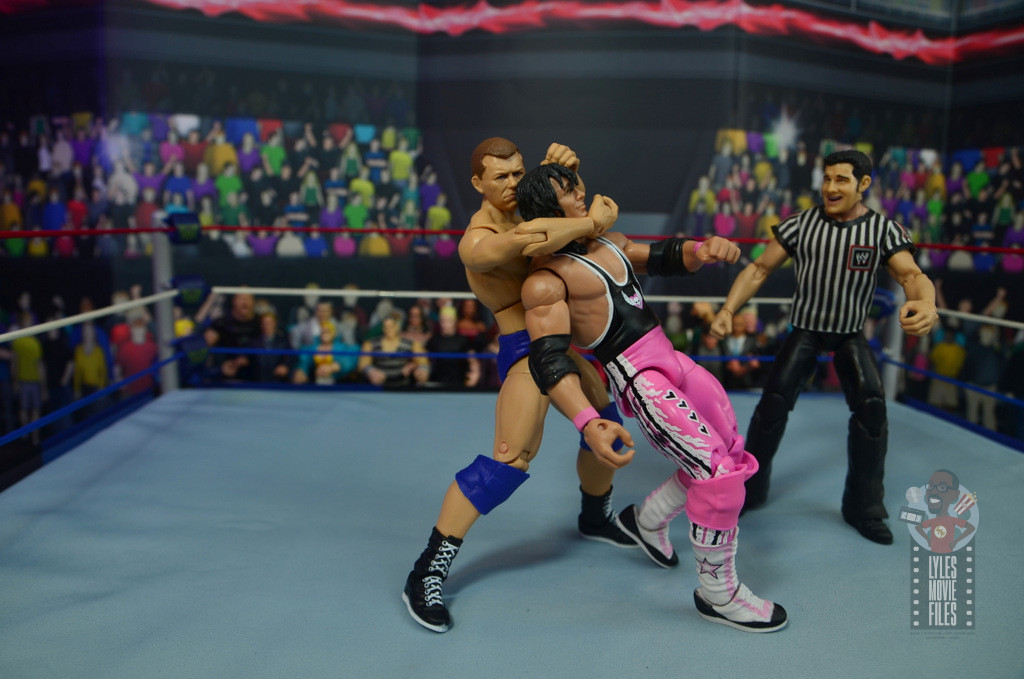 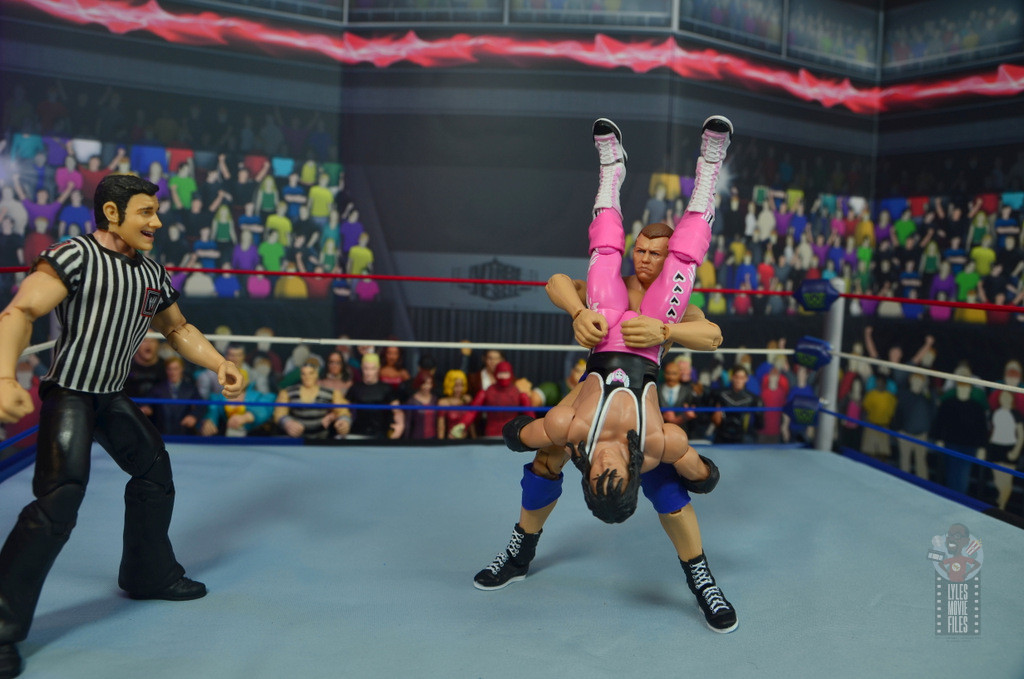 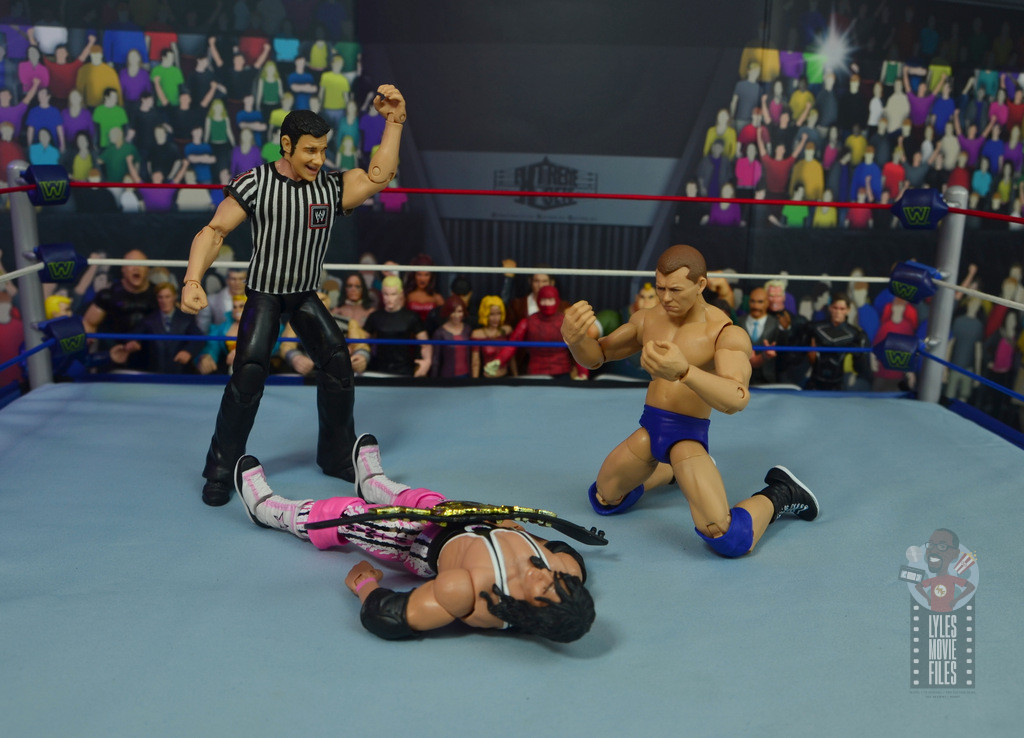 Accessories:  To boost Bob up a bit Mattel went heavy on accessories. First up is the very nice CLOTH robe. 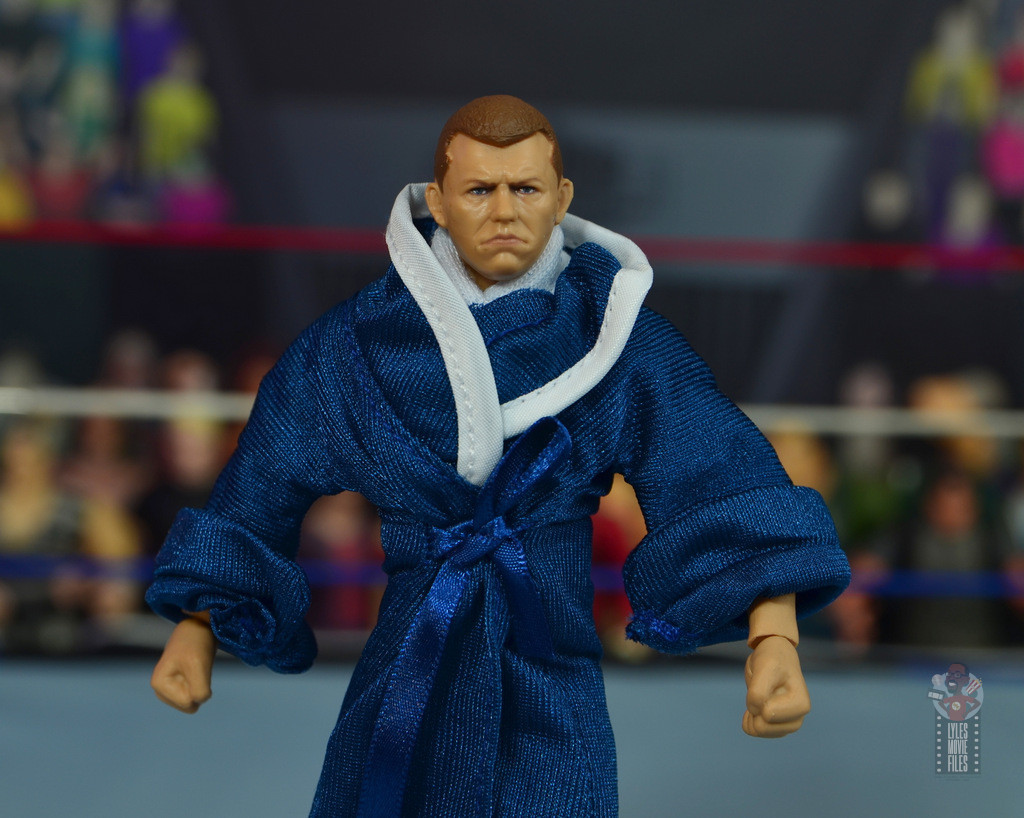 This was tailored well and is a good fit on the figure. There’s also the towel to wrap around his neck in lieu of the bowtie. 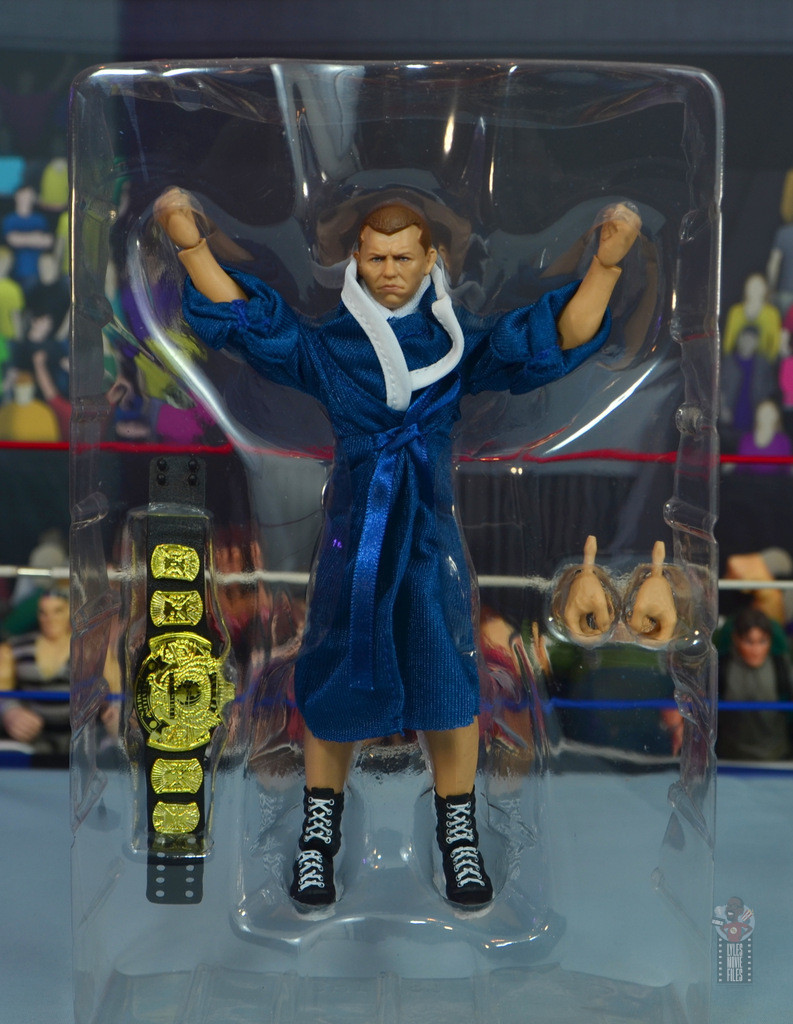 Backlund also comes with a set of alternate gripping hands, which is useful for the Chicken Wing. The inclusion of alternate hands is long overdue, but I’m glad Mattel is finally adding them in especially when it’s useful for a character like Backlund. 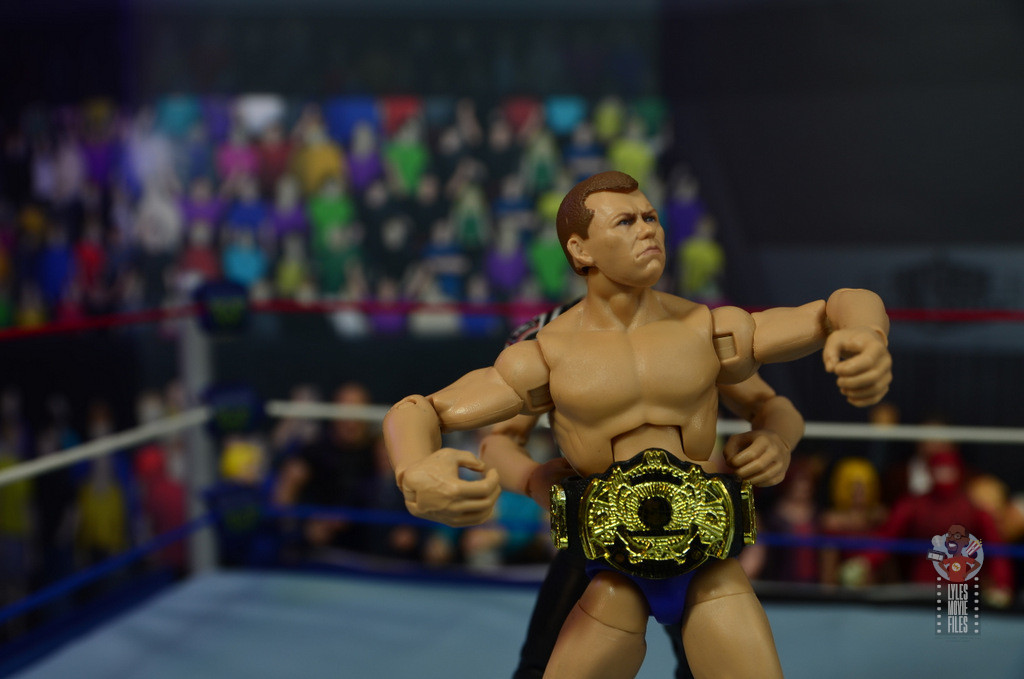 Finally he gets the WWF championship, which he held for all of three days. Hey, it’s longer than Ted DiBiase and Mr. Perfect in the 90s.

Worth it?  If you found this guy in Wal-Mart run and play the lottery. Retail for Elites is $20, but with a reset Elite figures are getting clearance out. Go to Vegas if you can get Backlund for $11. I paid $28 for Backlund, which isn’t bad for a super exclusive and he’s an New Generation fixture I could stomach paying a little extra for to add in the collection.

A Bob Backlund figure shouldn’t blow me away, but Mattel did everything right with this figure from the stunning head sculpt to the important accessories. He could be the measuring stick for other Flashbacks. 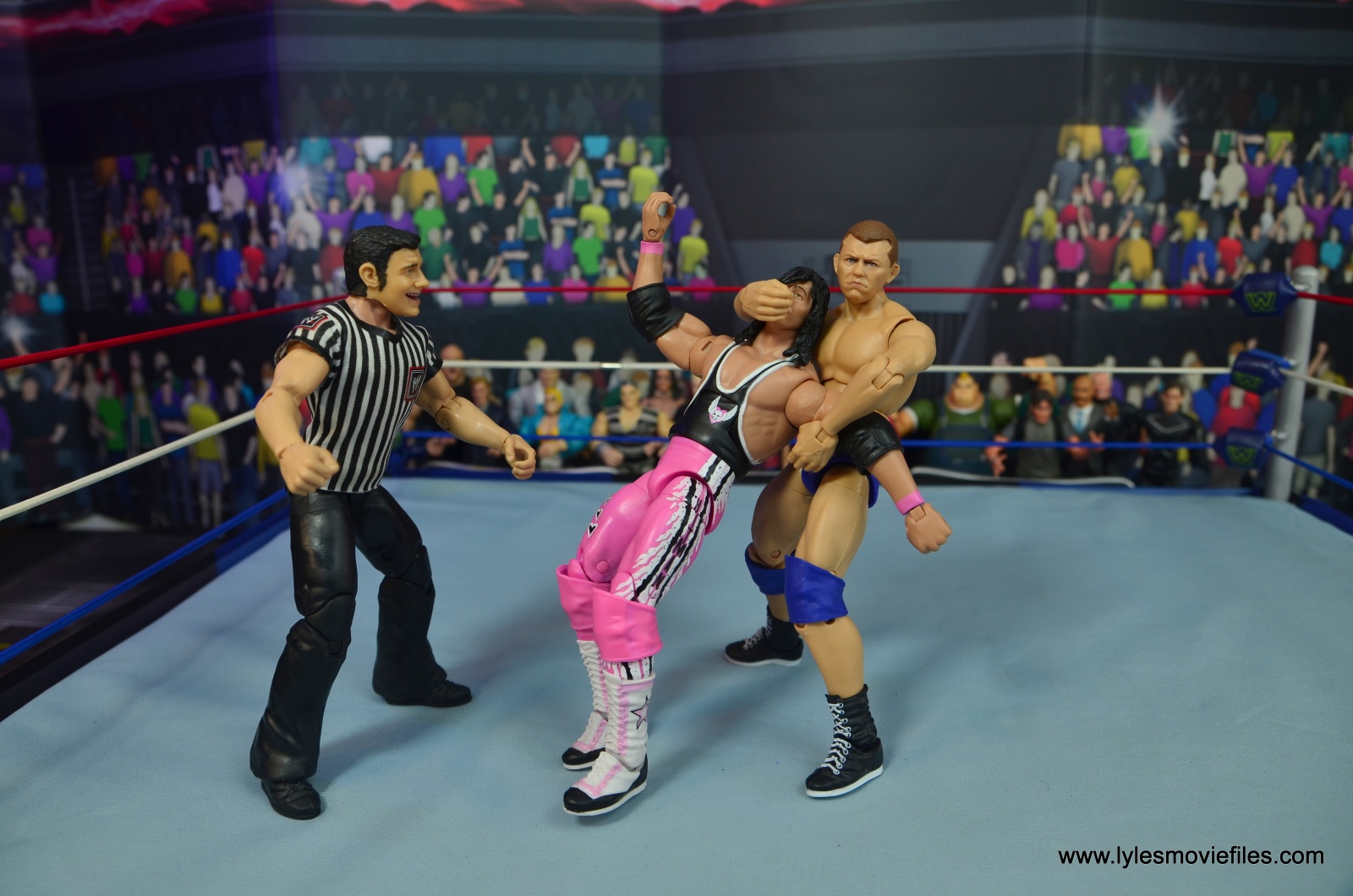 Where to get it?  Stalk eBay to find some relatively reasonable auctions for him or be on the lookout for some good deals on Amazon. He’s currently available for $28, which isn’t an awful price for a ridiculously hard to find figure.