Mattel has had some odd alternate looks at the WWE stars over the years, but this Ghostbusters line is pretty cool and one of their most inspired team-ups yet. We got some new images of the five figures in the wave.

And I would actually be interested in seeing who would be used for a second series? Finn Balor’s Demon? Bray Wyatt’s The Fiend? There’s some interesting possibilities. For now let’s check out the announced wave.

‘Ol Stone Cold’s outfit looks a bit too big. I wonder if that’s to accommodate the vest? 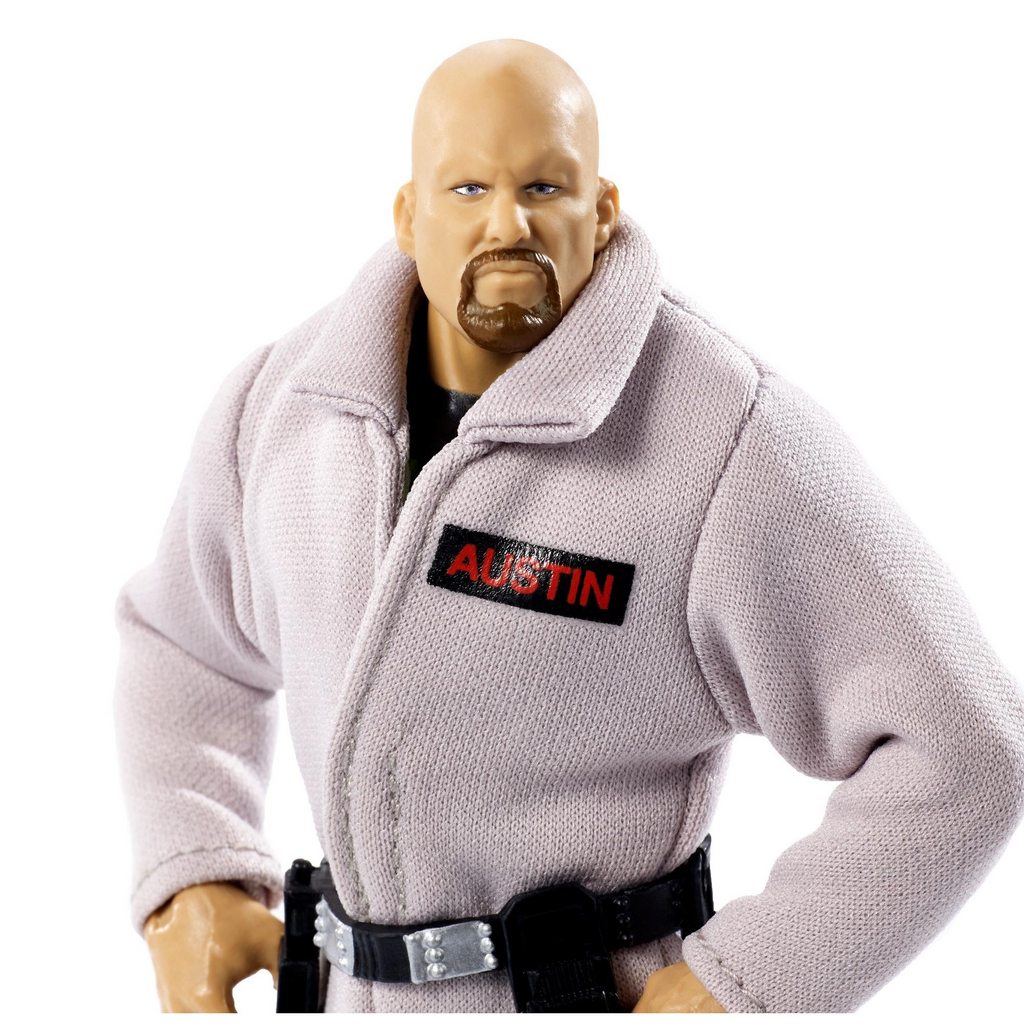 Of the Ghostbusters, The Rock came out the best — maybe it’s due to the lack of sleeves? 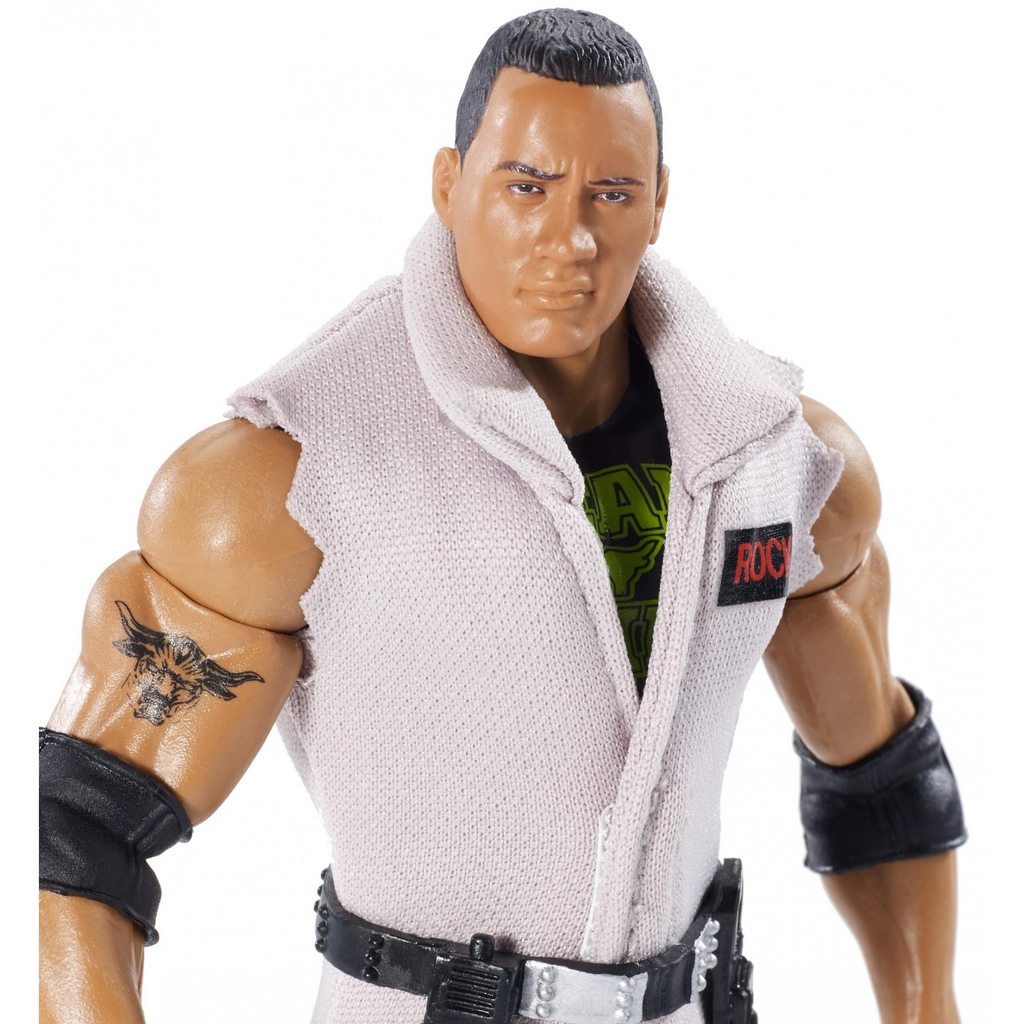 HBK has the weakest Ghostbusters attire, but his ring gear actually looks cool. 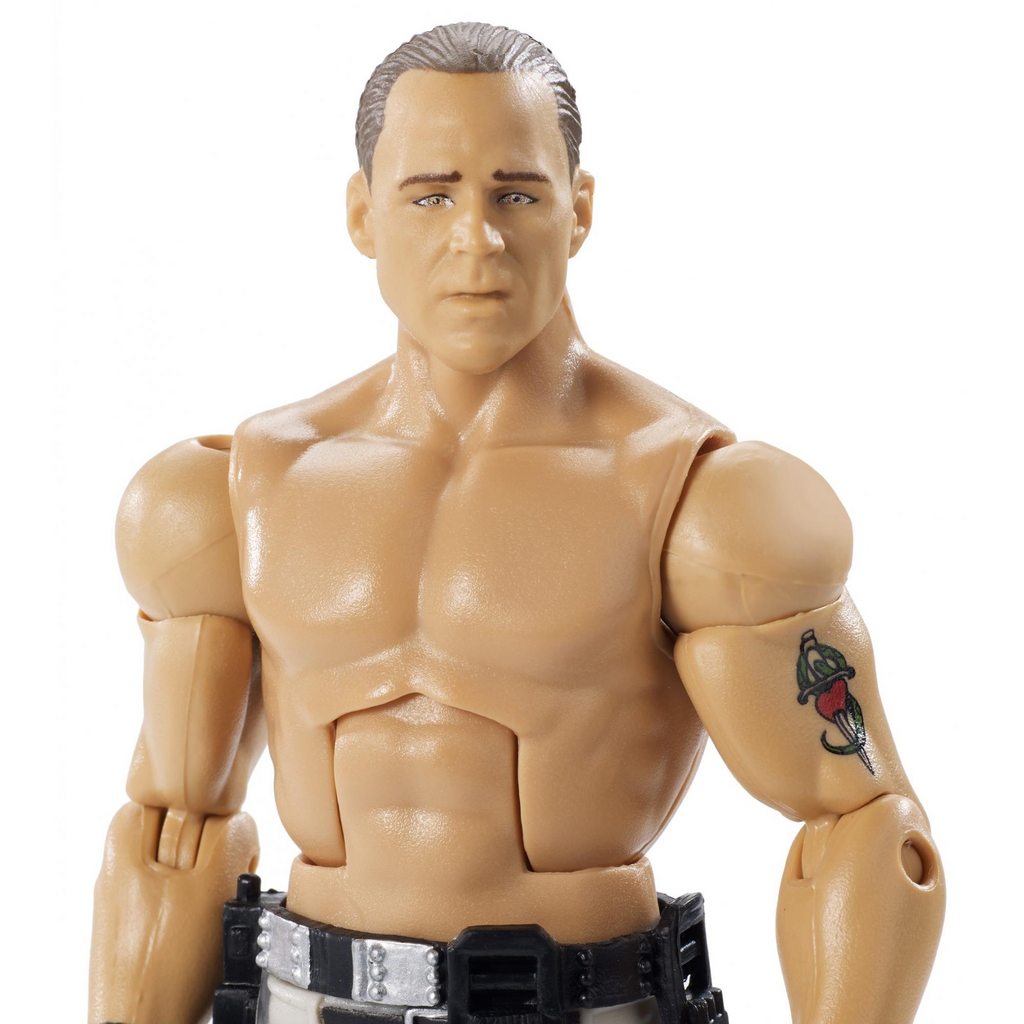 I really feel like Cena might have been the odd man out if Mattel were able to make Hulk Hogan figures at this point. But good for Cena to not seem totally out of place with these guys. Although is he seriously not gonna come with a baseball cap? 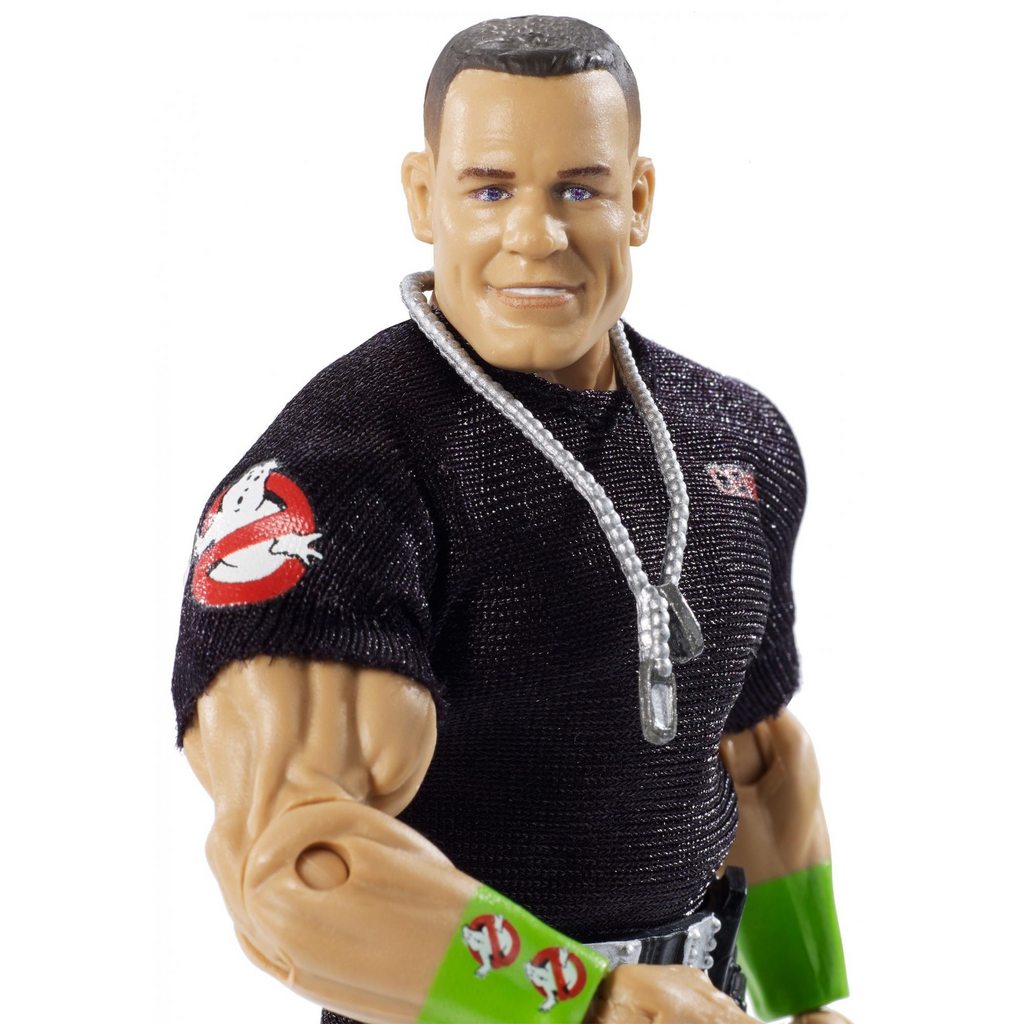 This is one of the coolest variant figures I’ve seen in a long time. Even if the Glow in the Dark feature doesn’t hold up, you could play around with it like part of The Undertaker’s mind games in a “real” wrestling setting. 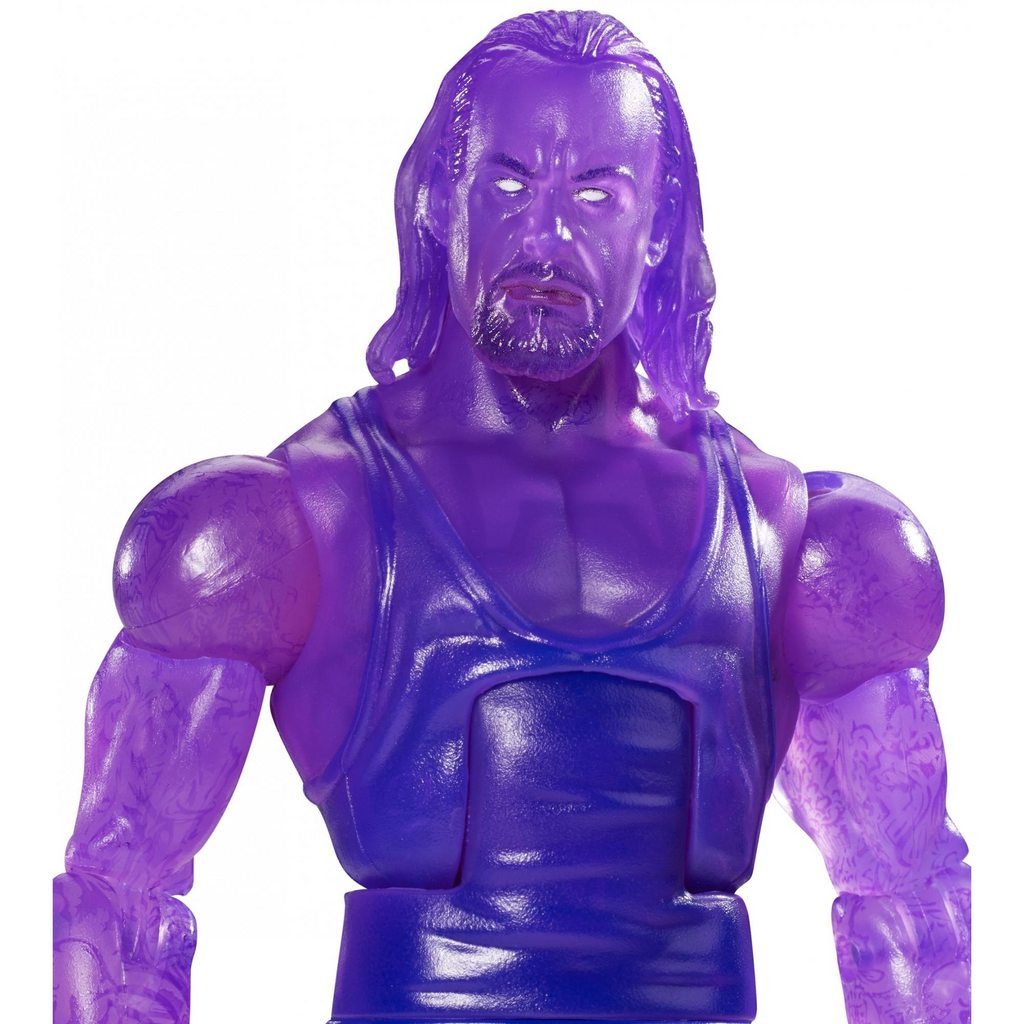